‘Measure, measure, measure’ seems to be the mantra for the Coachella Valley Water District, who are rightfully proud of their water efficiency and management and eager to show the difference in farming methods that differentiate them from their neighbors to the south in the Imperial Valley.  I’ve toured through the area twice on tours; it’s the next stop after the Imperial Valley and the differences are striking and obvious. 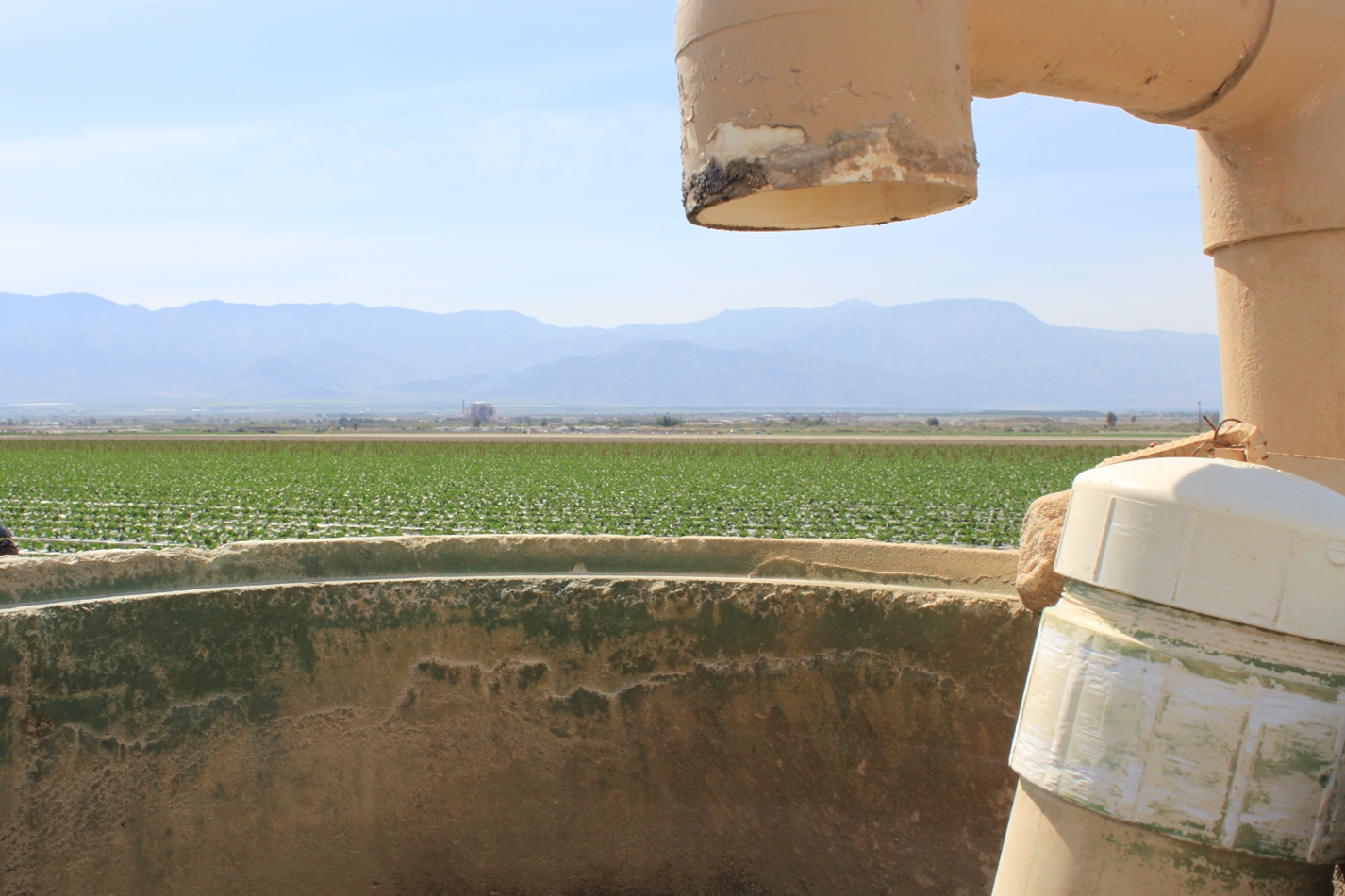 The Coachella Valley includes the desert communities of Palm Springs, Desert Hot Springs, Indio and others, and is located at the north end of the Salton Sea. The Imperial Valley located at the south end.  Both valleys contribute drainage water to the Salton Sea, but in vastly different amounts. 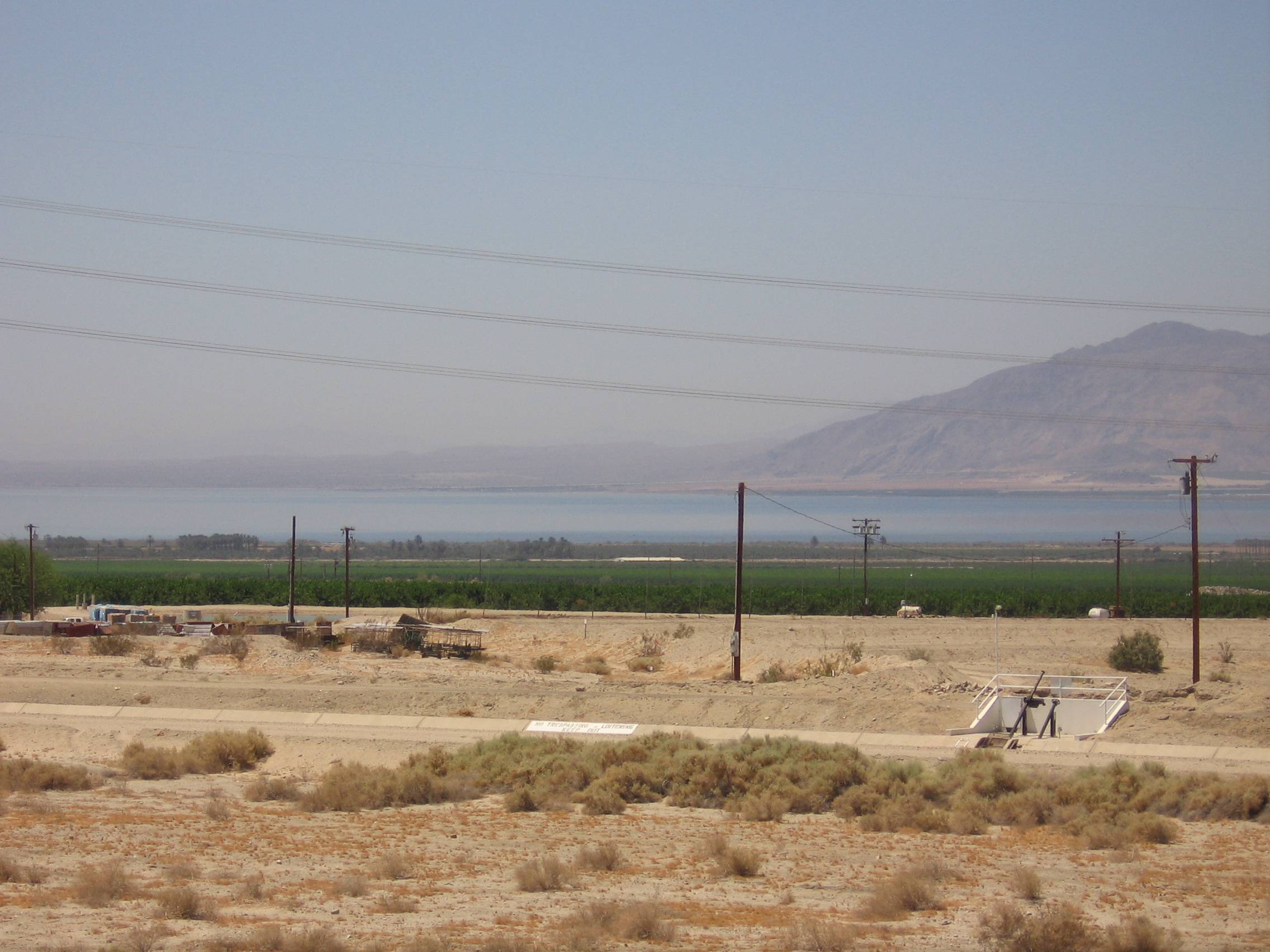 Whereas in the Imperial Valley, water is still measured in inches, water runs in open laterals, and the Imperial Irrigation District fully admits that one-third of the water brought into the Imperial Valley will end up in the Salton Sea (due to tailwater, canal spills and field drainage), agriculture in the Coachella Valley is handled much differently.  You can’t see the water being moved around because all irrigation water is carefully measured and delivered to the fields in underground pipes. 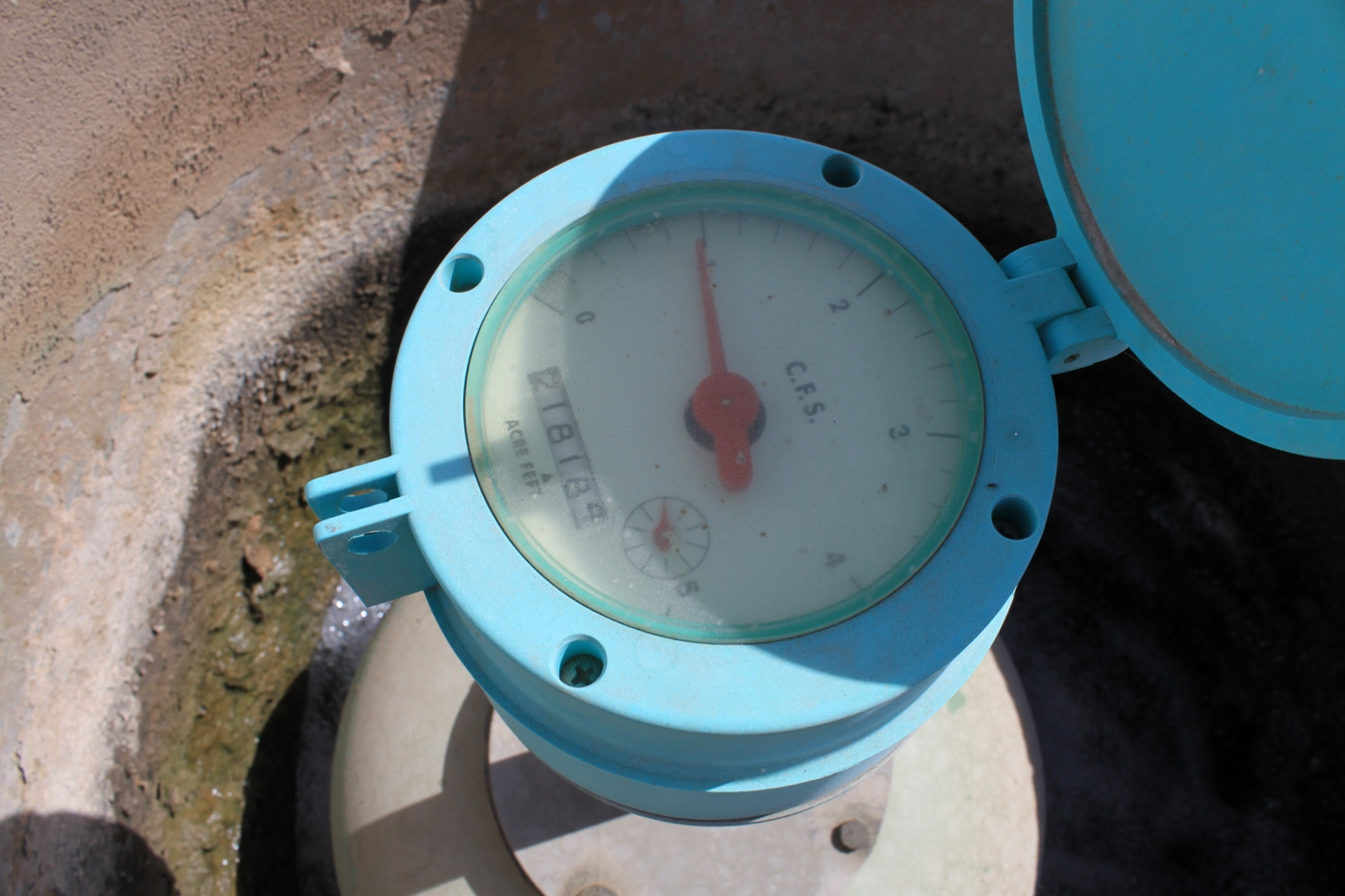 Tailwater has been prohibited since the 1950s – all water that leaves the farm must do so through the field’s drainage system.  This means no operational spills or tailwater running off the fields. 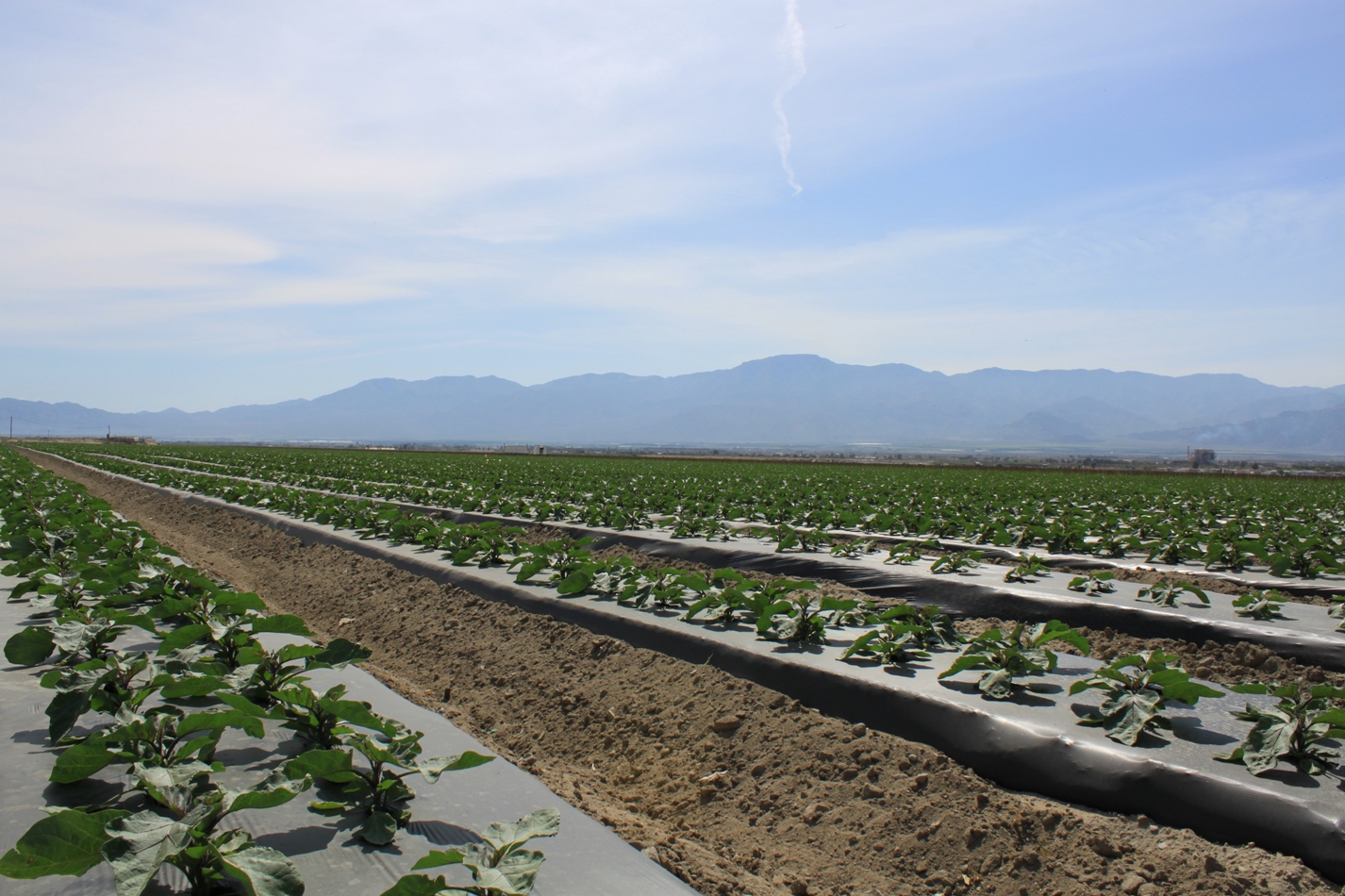 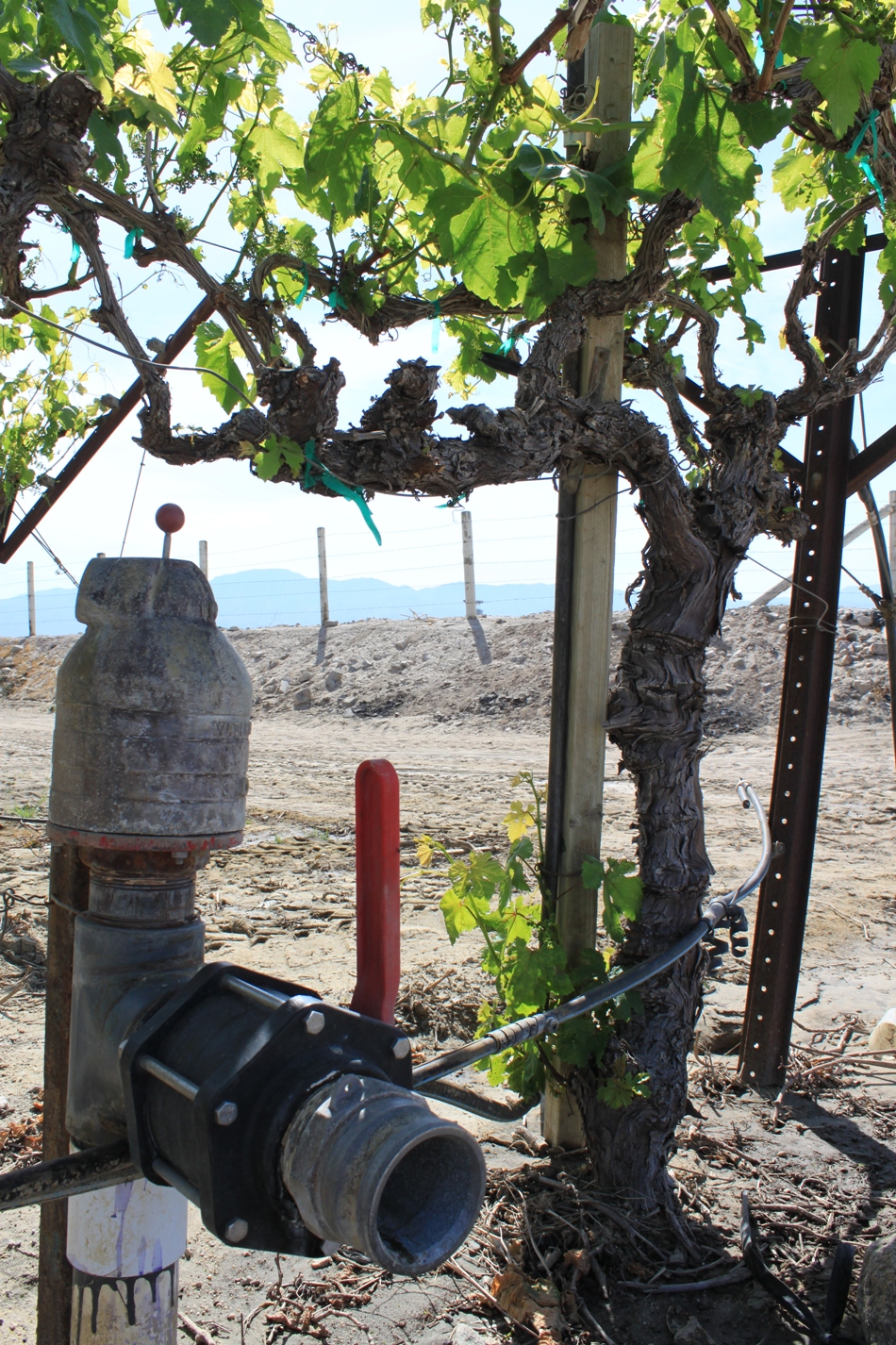 Besides reducing water use, the use of drip irrigation allows pesticides and herbicides to be added directly to the irrigation lines.  Drip irrigation does tend to increase crop yields; however, it is not appropriate or effective for all types of crops. 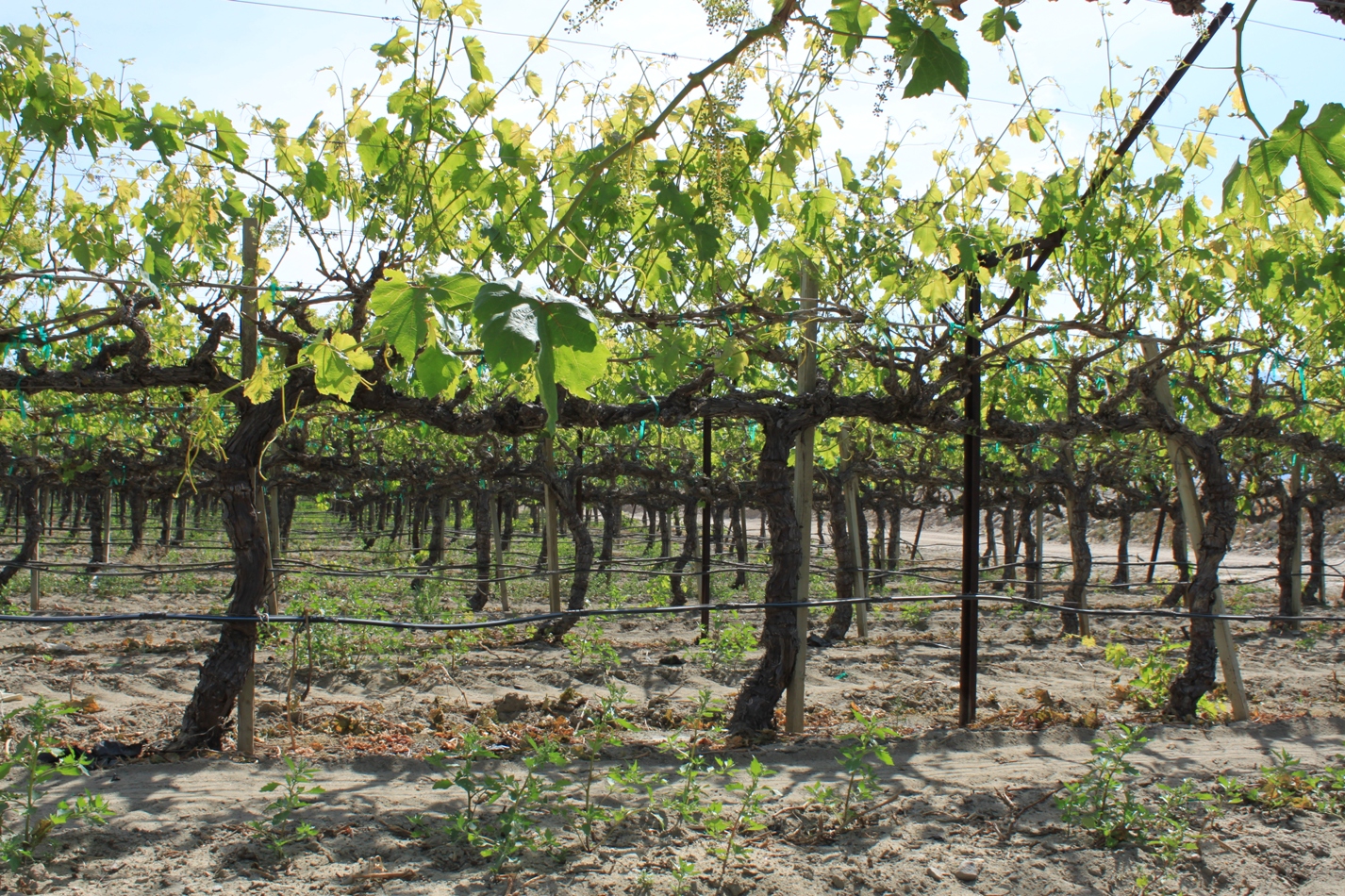 Agriculture is a major industry in the Coachella Valley, with about 70,000 acres producing $575 million dollars of crops and ag products per year.  Top crops are citrus, dates, table grapes, melons, lettuce, carrots, broccoli and bell peppers. 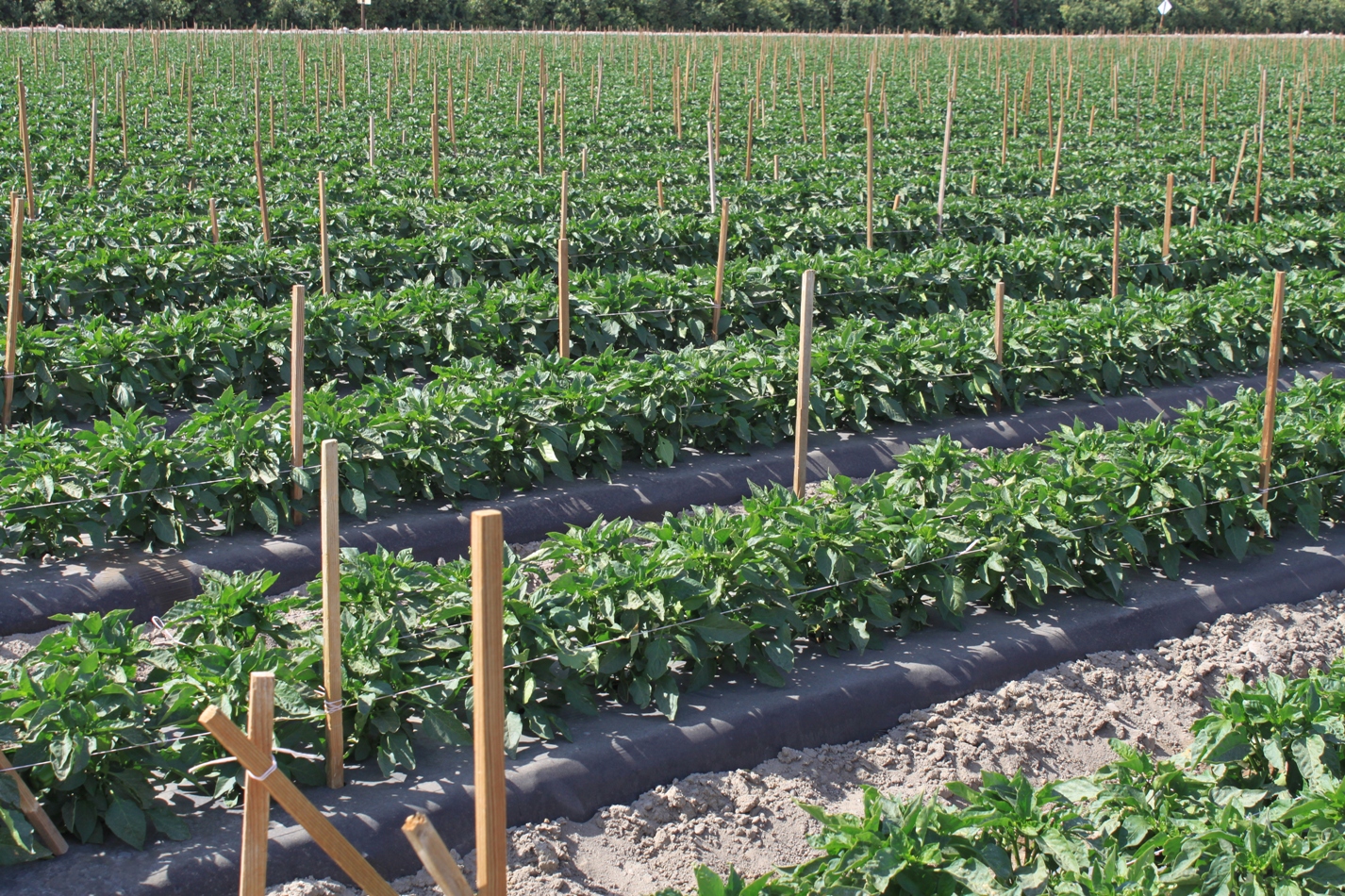 Shade houses are used on some farms to protect plants from winds, pests, and diseases; shade houses tend to provide higher and consistent yields for the crops grown inside. 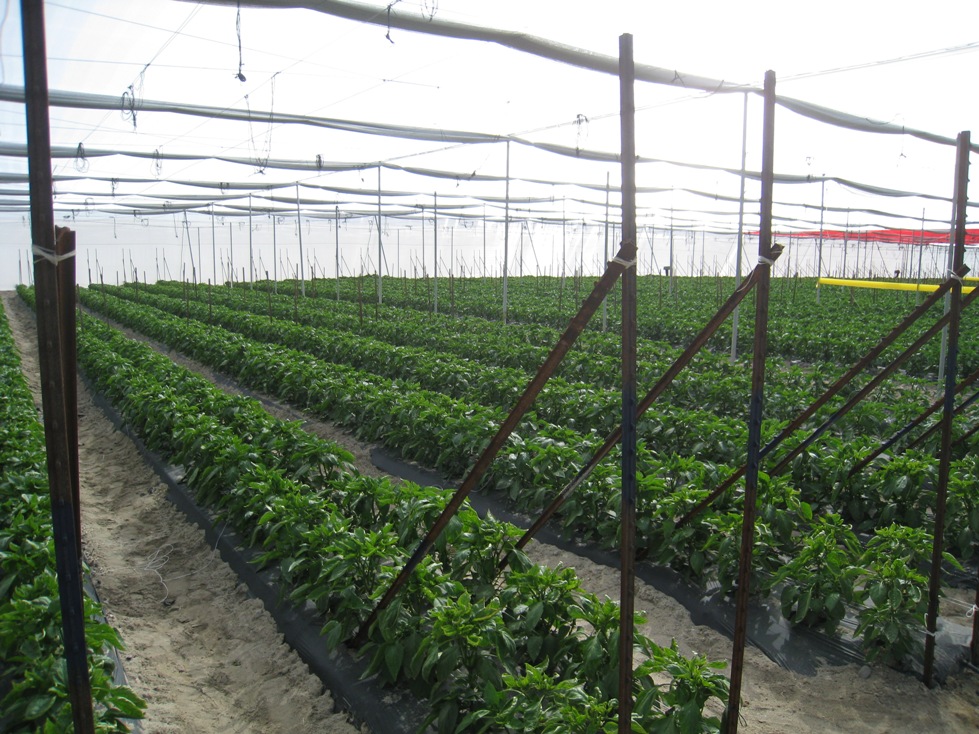 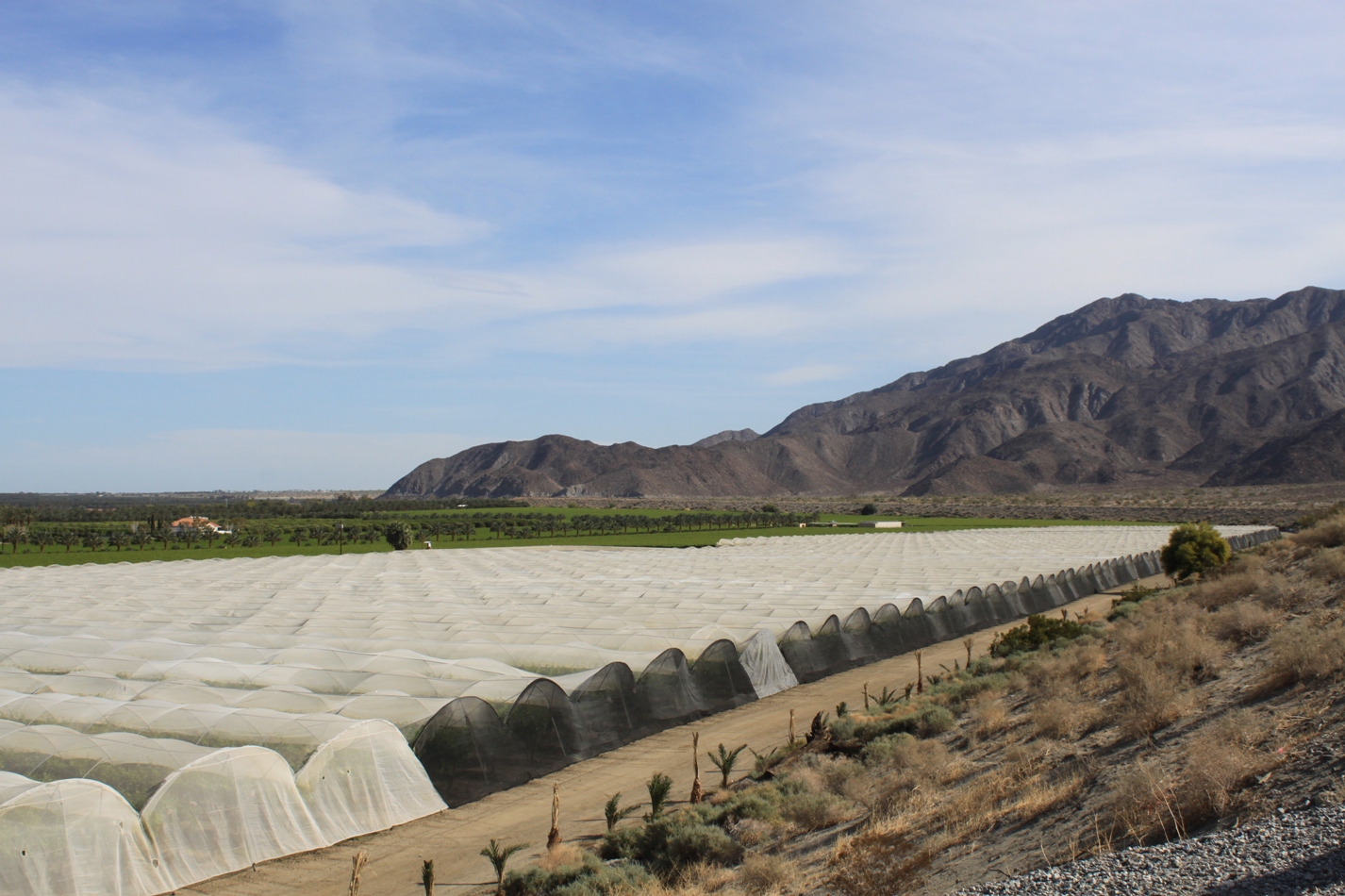 Dates are one of the top crops here; the Coachella Valley produces virtually all of the dates grown in the U.S.  (Sorry, not the best picture of date palms.) 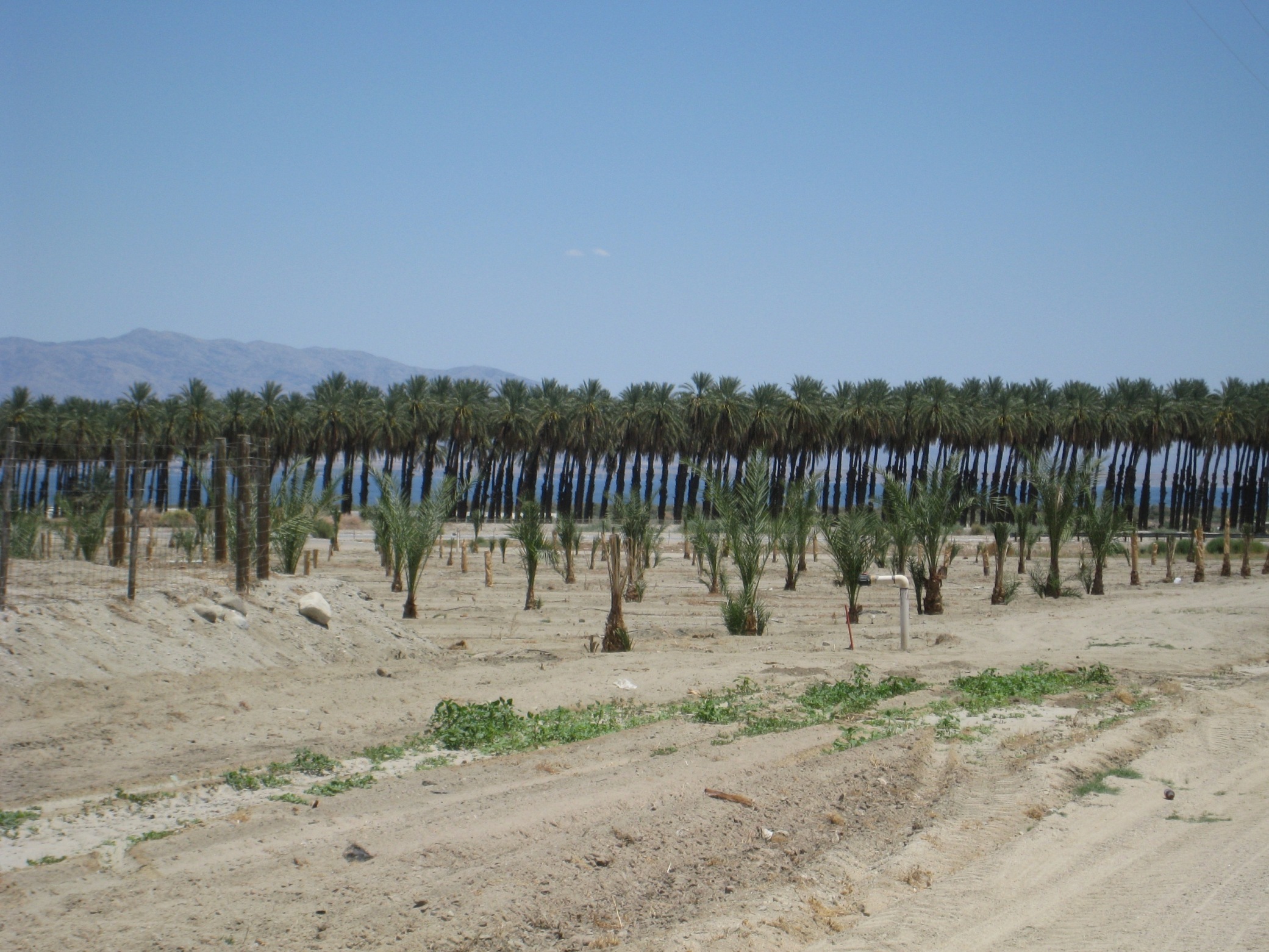 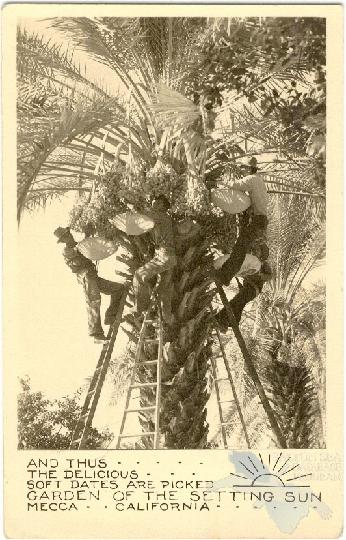 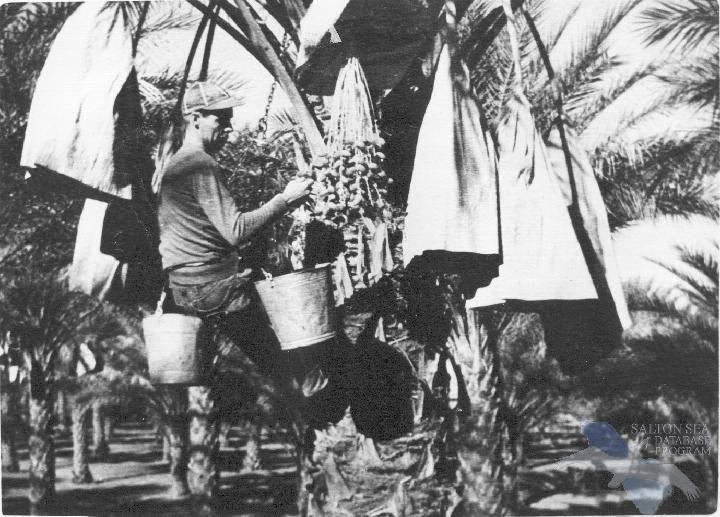 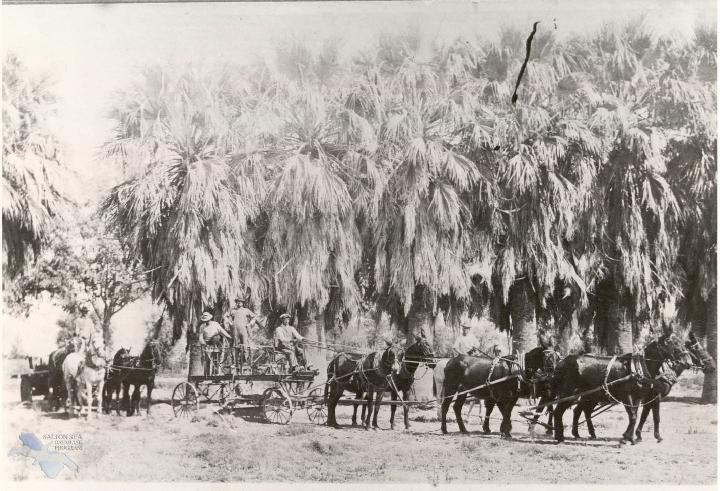 Agriculture began in the Coachella Valley around the turn of the twentieth century with the discovery of plentiful artesian wells.  Groundwater was plentiful … in the beginning. 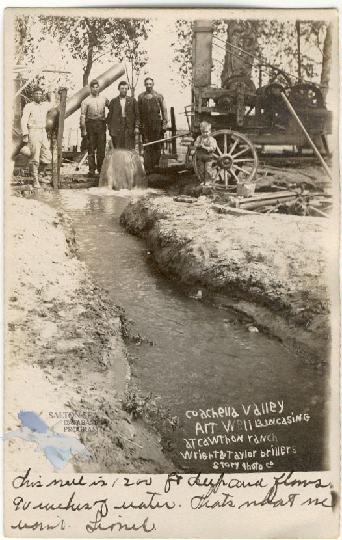 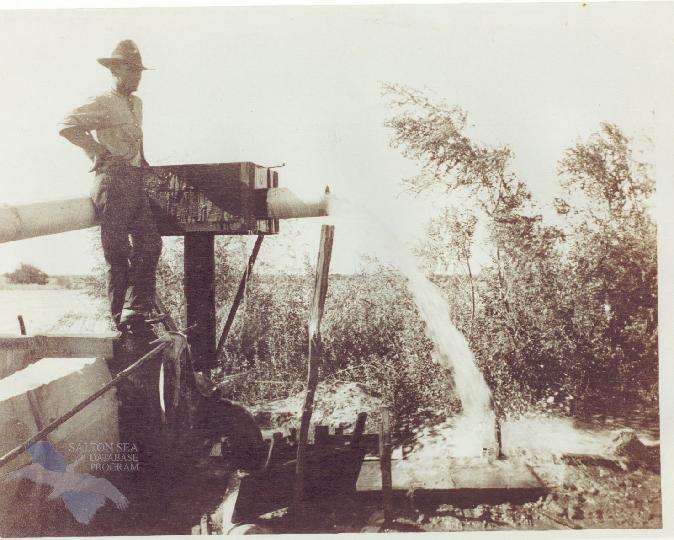 (Below: a well digger at work) 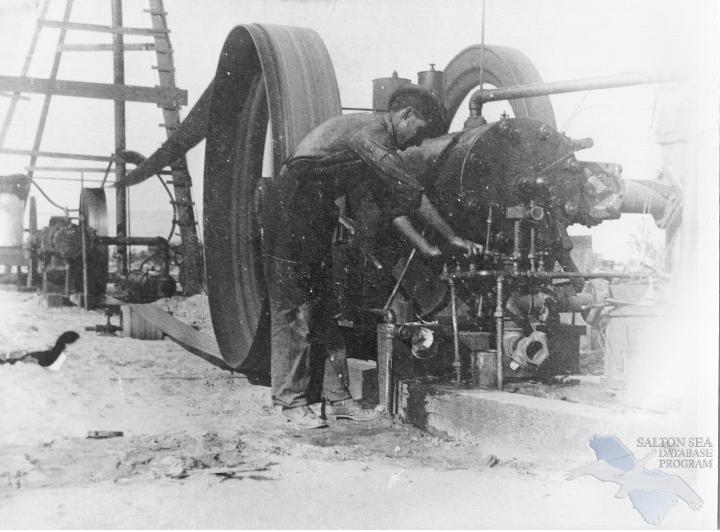 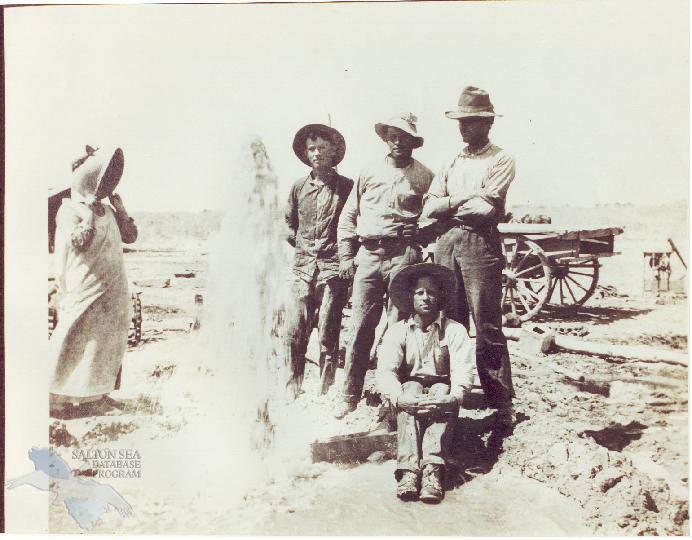 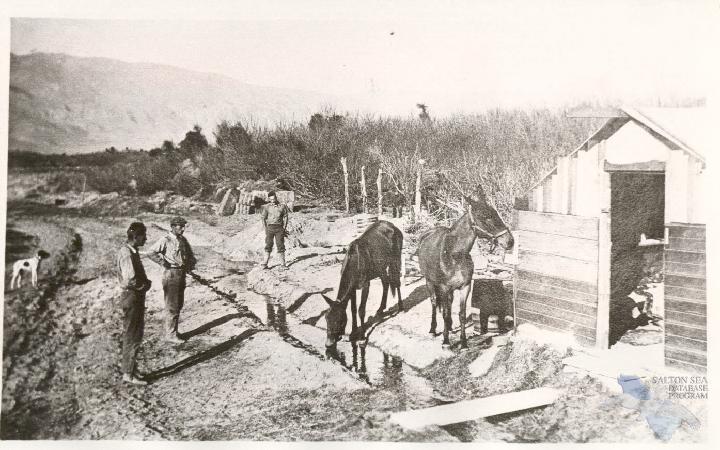 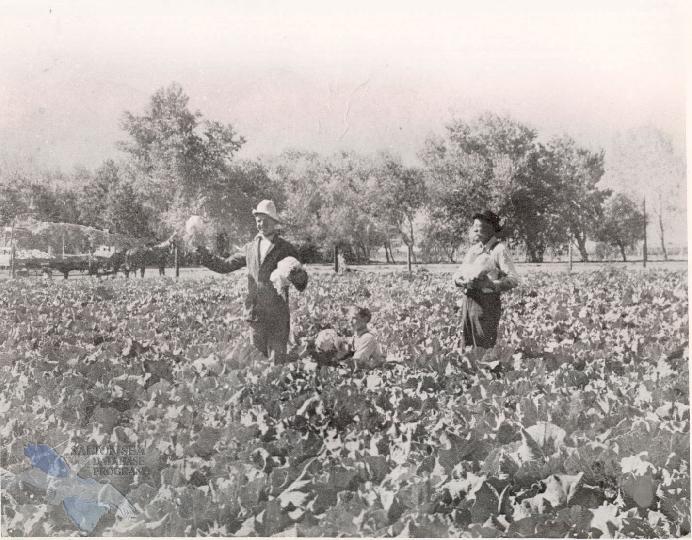 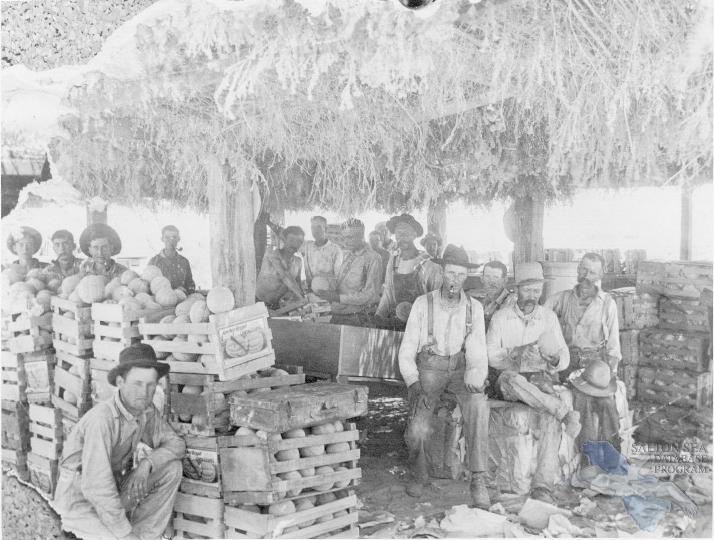 However, eventually groundwater levels started dropping, and the valley farmers looked to the Colorado River for irrigation water.  The 122-mile Coachella Canal was completed in 1949, conveying water from the Colorado River via gravity to the Coachella Valley.  It was one of first to be controlled by telemetry. 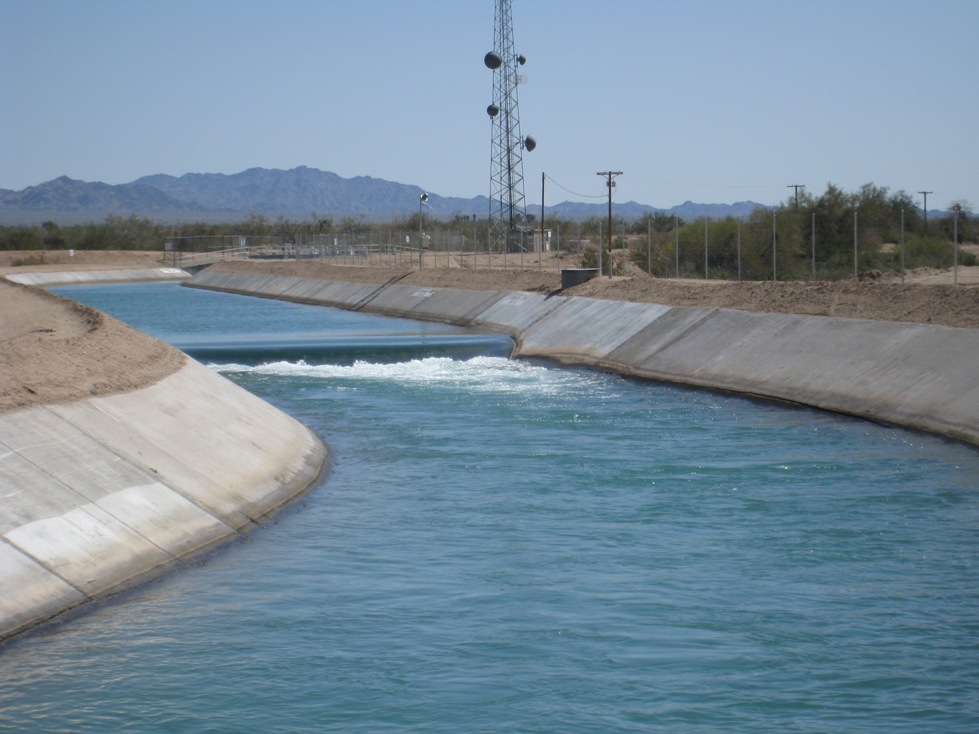 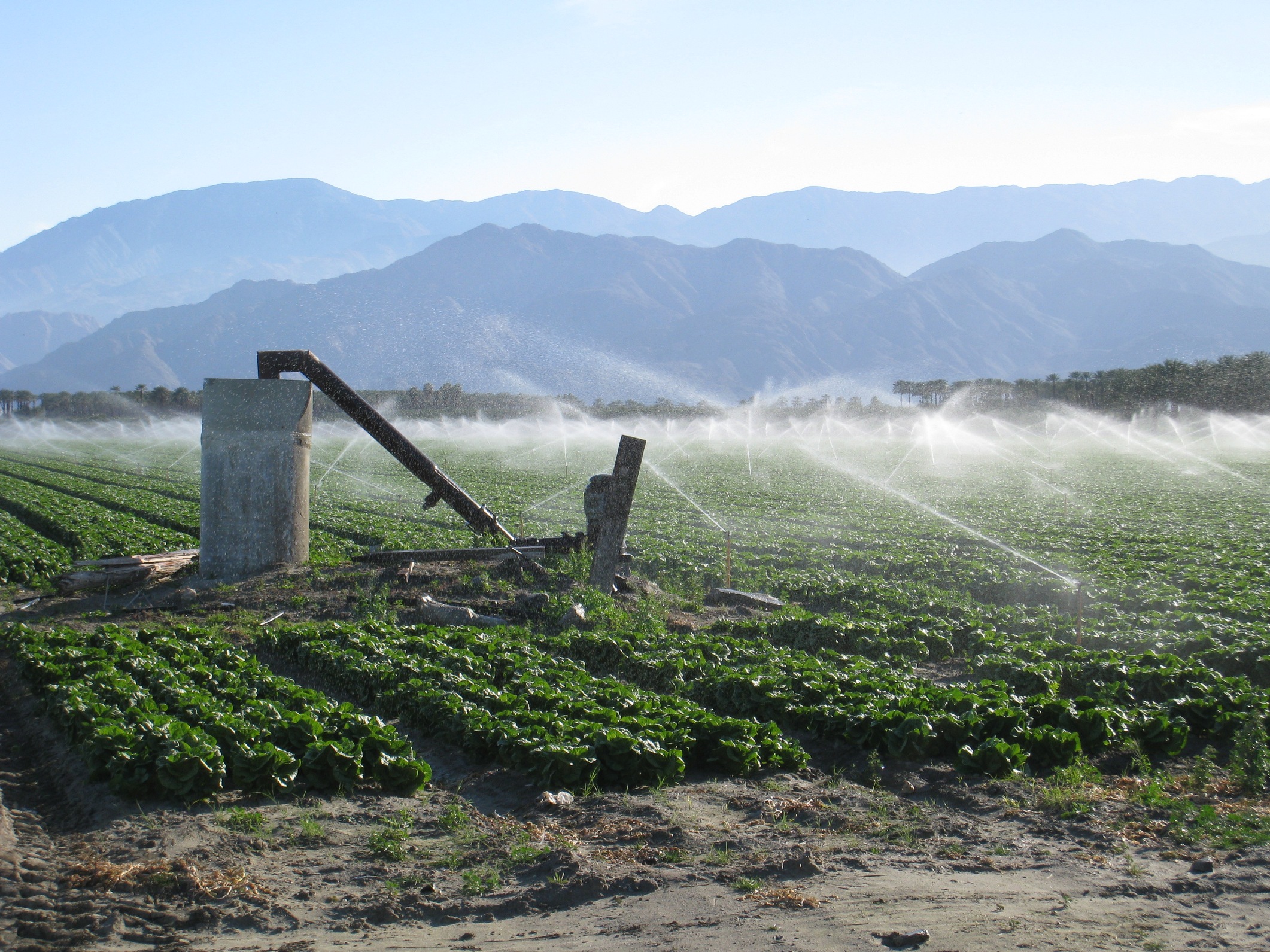 Some canal water is used for irrigating a portion of the area’s 125 golf courses although most are irrigated with groundwater; recycled water is used for golf courses and outdoor irrigation wherever possible.   Using canal water and other alternate sources for irrigation helps to preserve the higher-quality  groundwater for domestic use.  (Photo of the Desert Springs Golf Course by flickr photographer Ian Agrimis.) 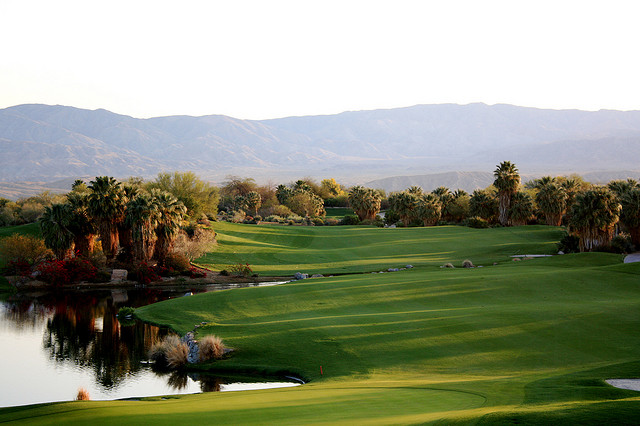 Here’s an aerial shot of the Palm Springs & Desert Hot Springs area where you can see the large number of golf courses (WikiMedia, photo date 2007): 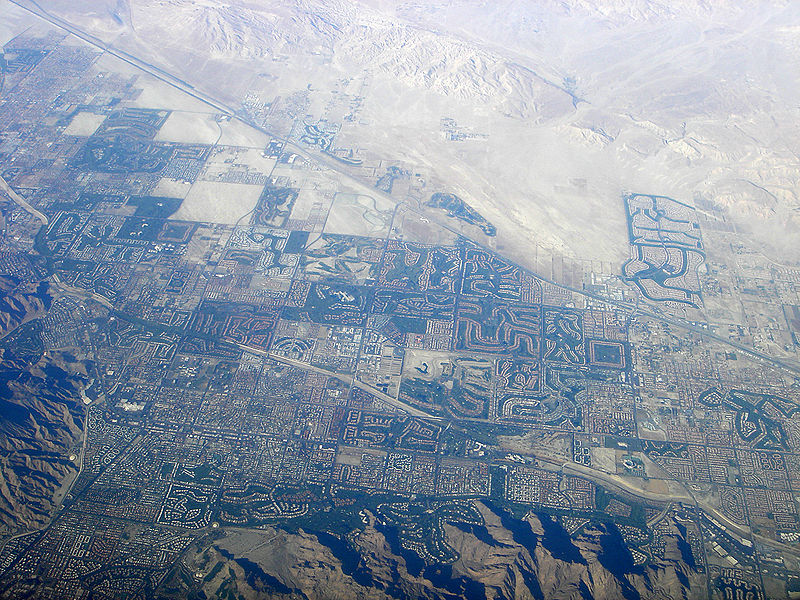 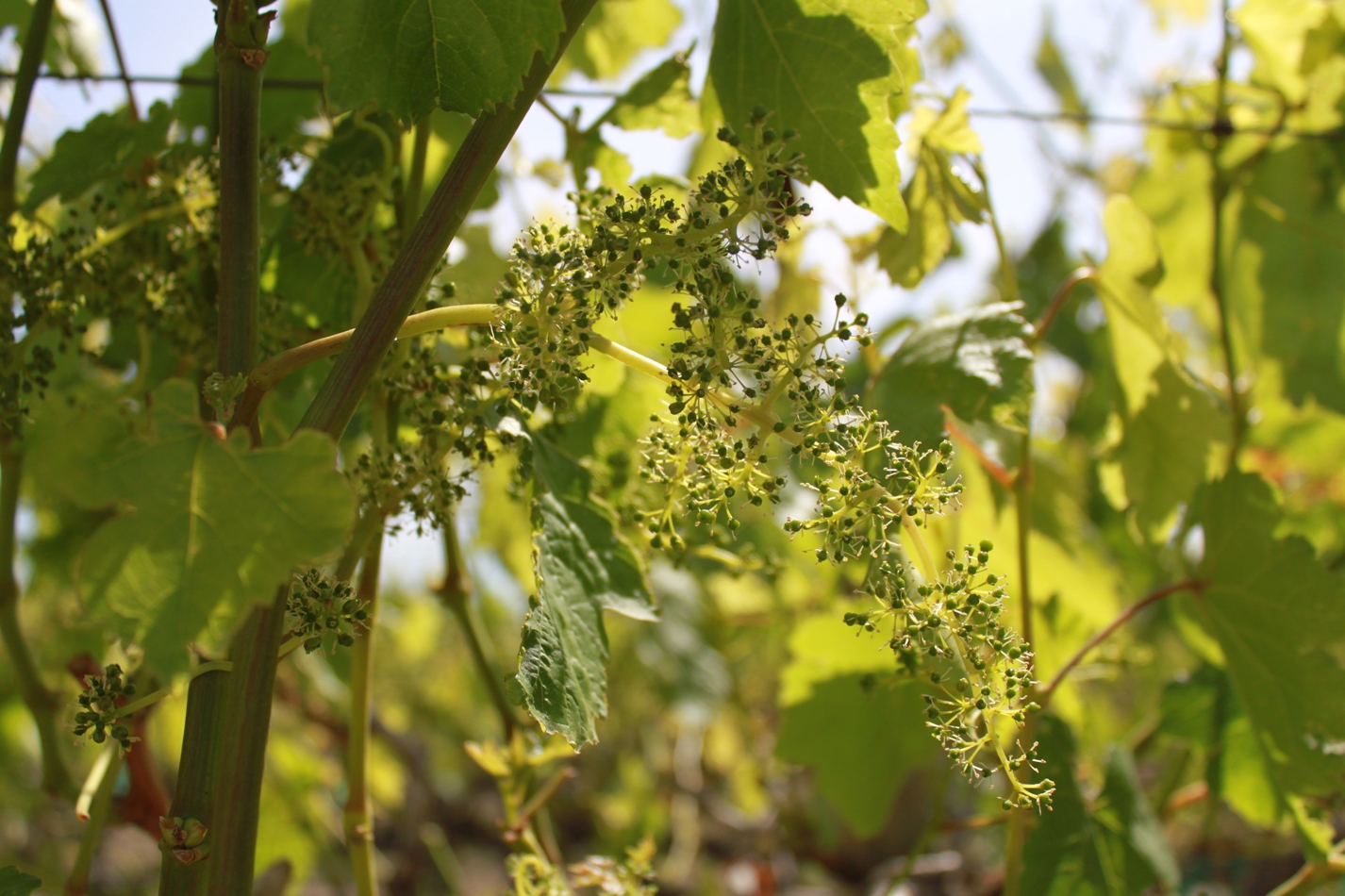 More from the field of grapes … (if they’re table grapes, is it still a vineyard?) 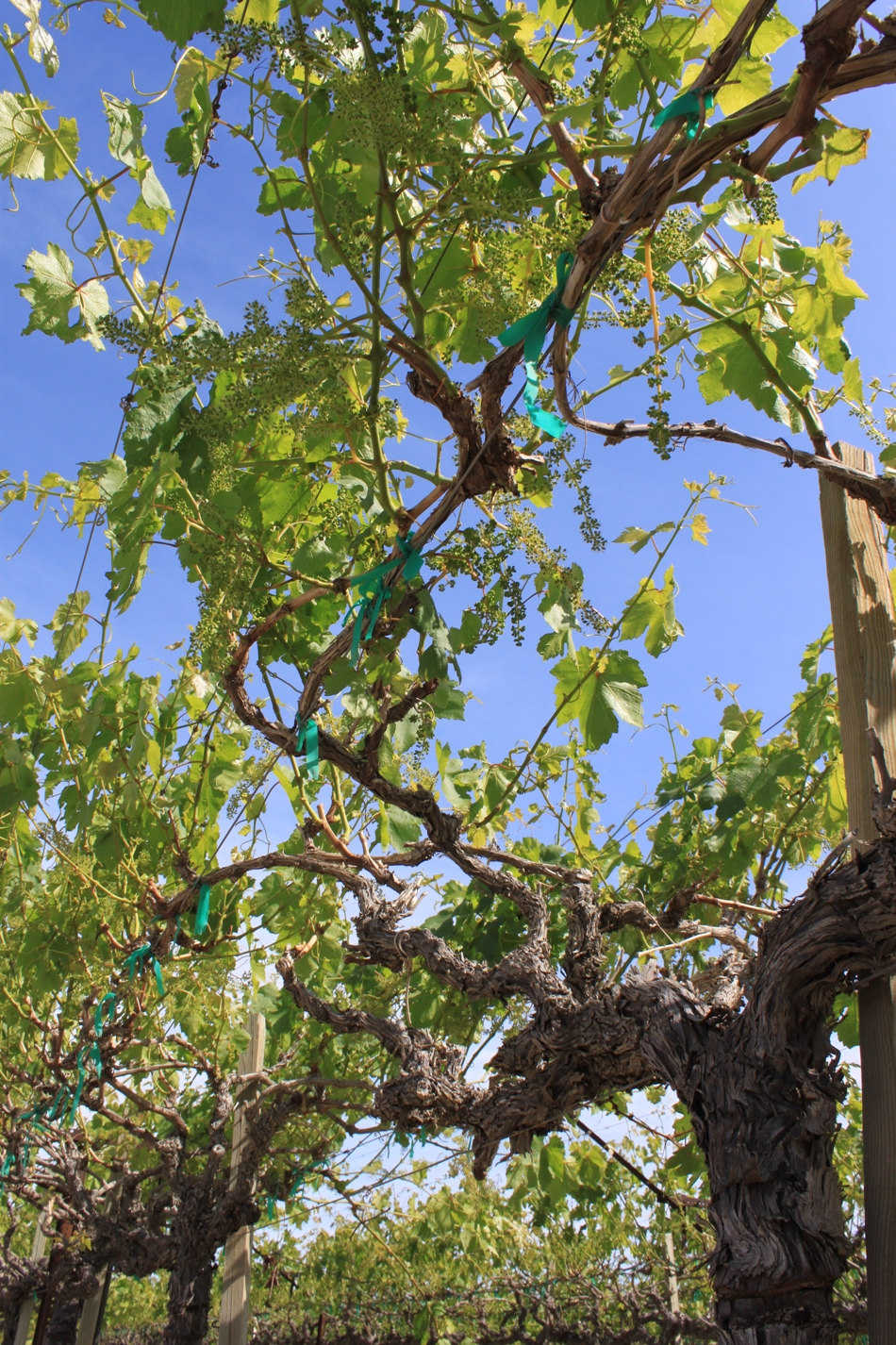 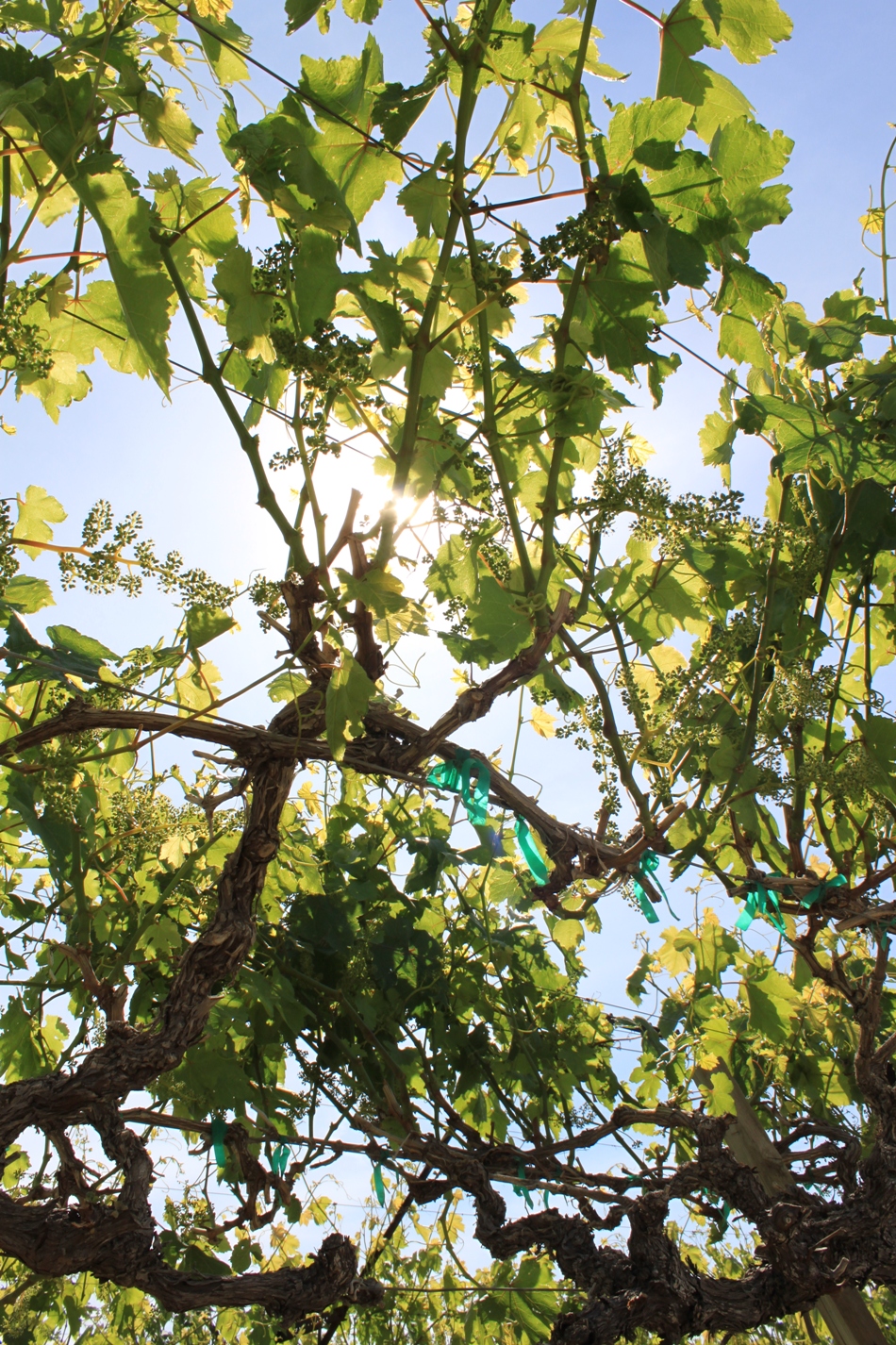 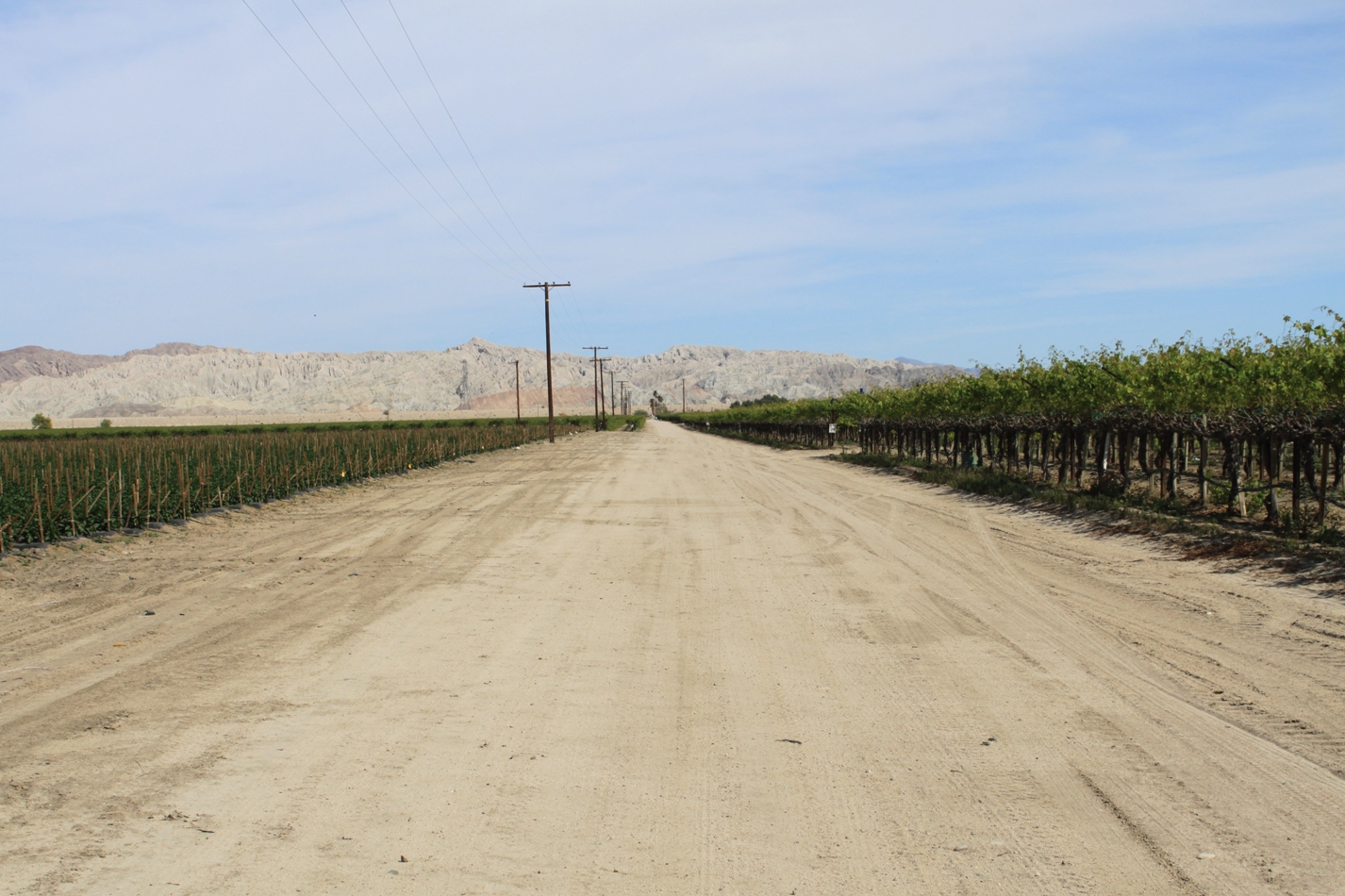 Here’s a picture I took on that day, looking generally in this direction. 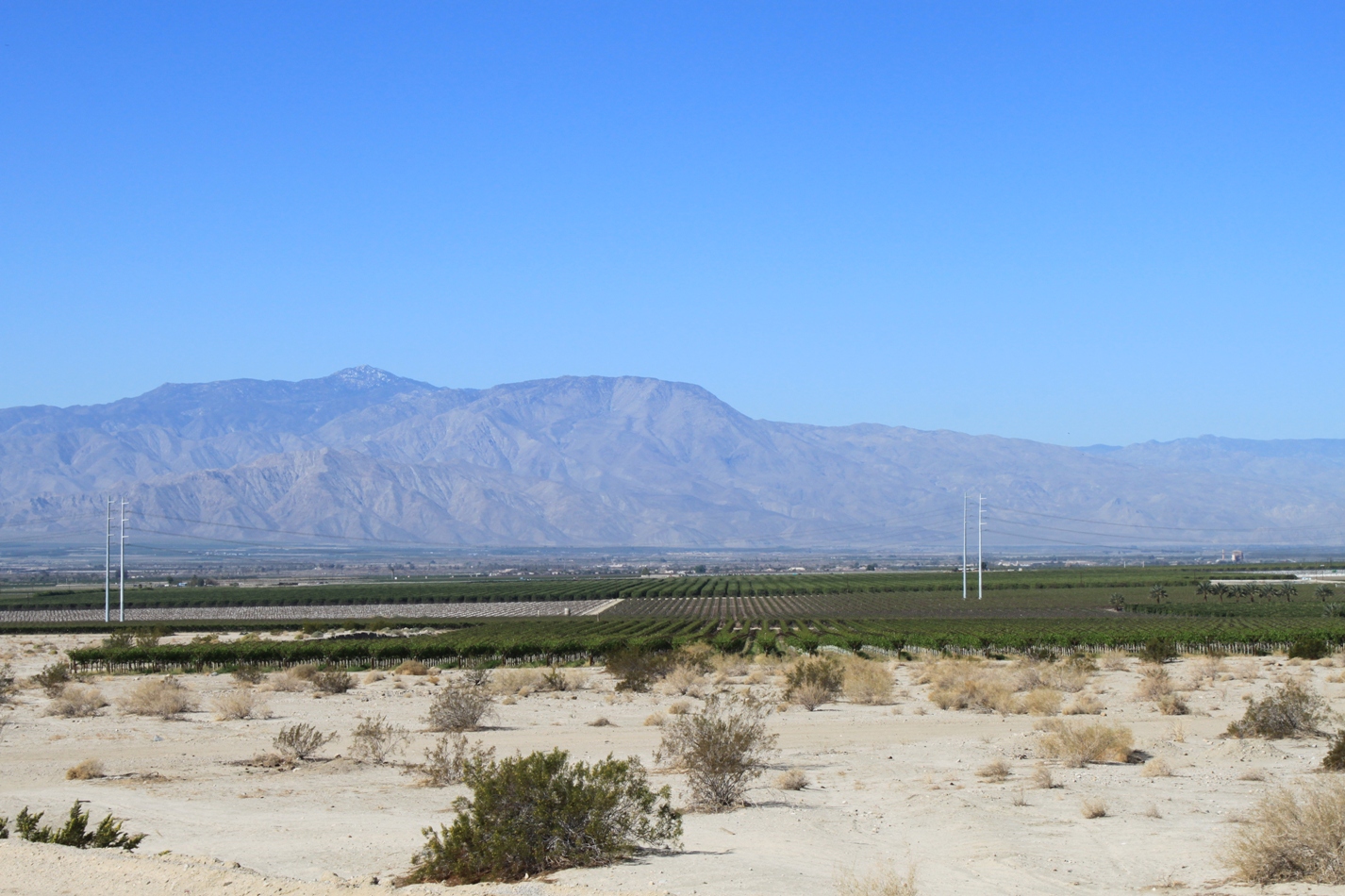 The Coachella Valley Water District actively recharges the groundwater basins.  Here on the western side of the valley is one of the four groundwater recharge sites. 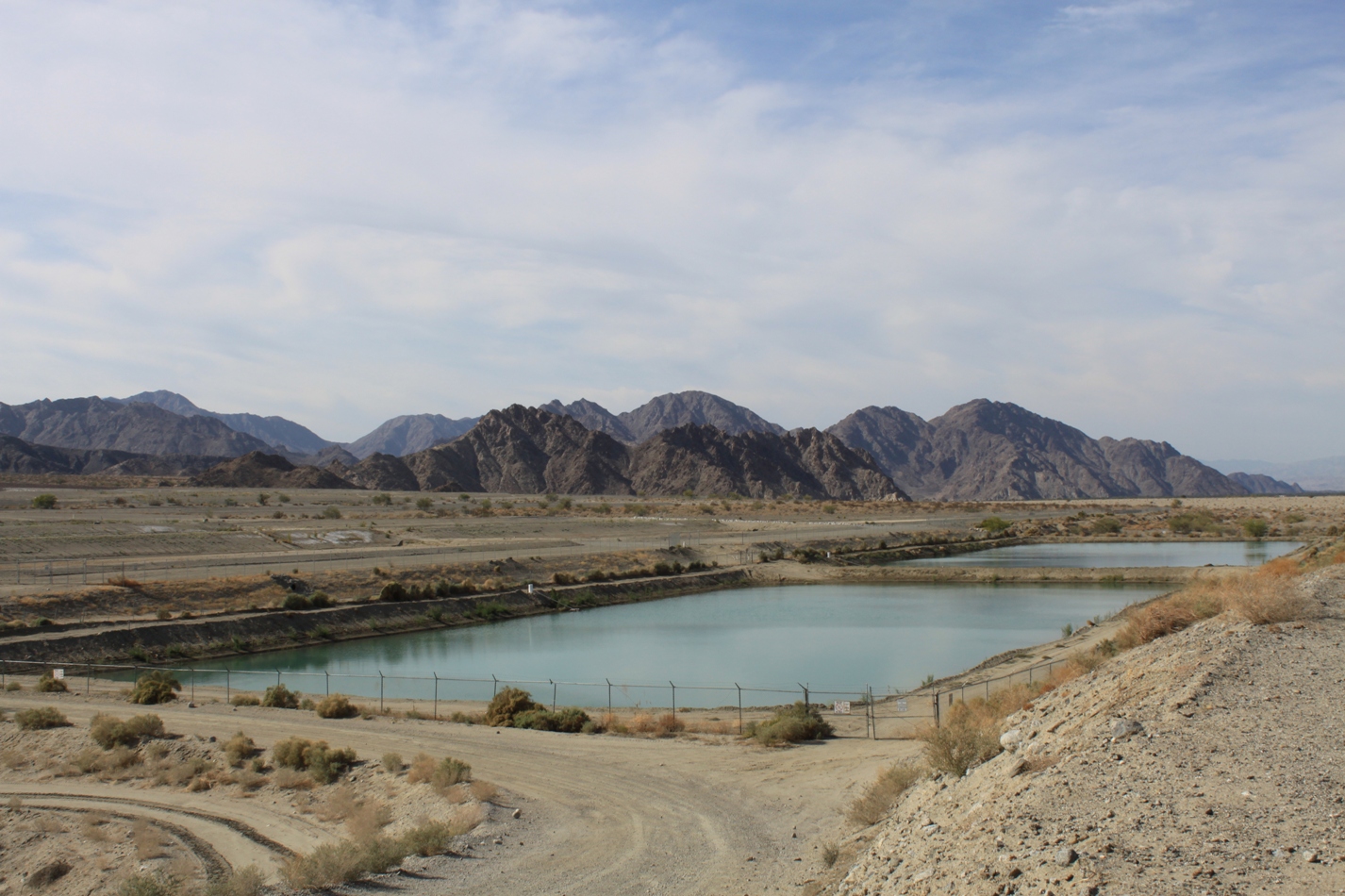 For more information on the Coachella Valley: