Earlier this spring while working on my as-yet-to-be-finished Owens Lake dust control project, I traveled up the Whitney Portal Road out of Lone Pine to get some shots overlooking the lake. (Lone Pine is located in eastern California at the base of Mount Whitney.) 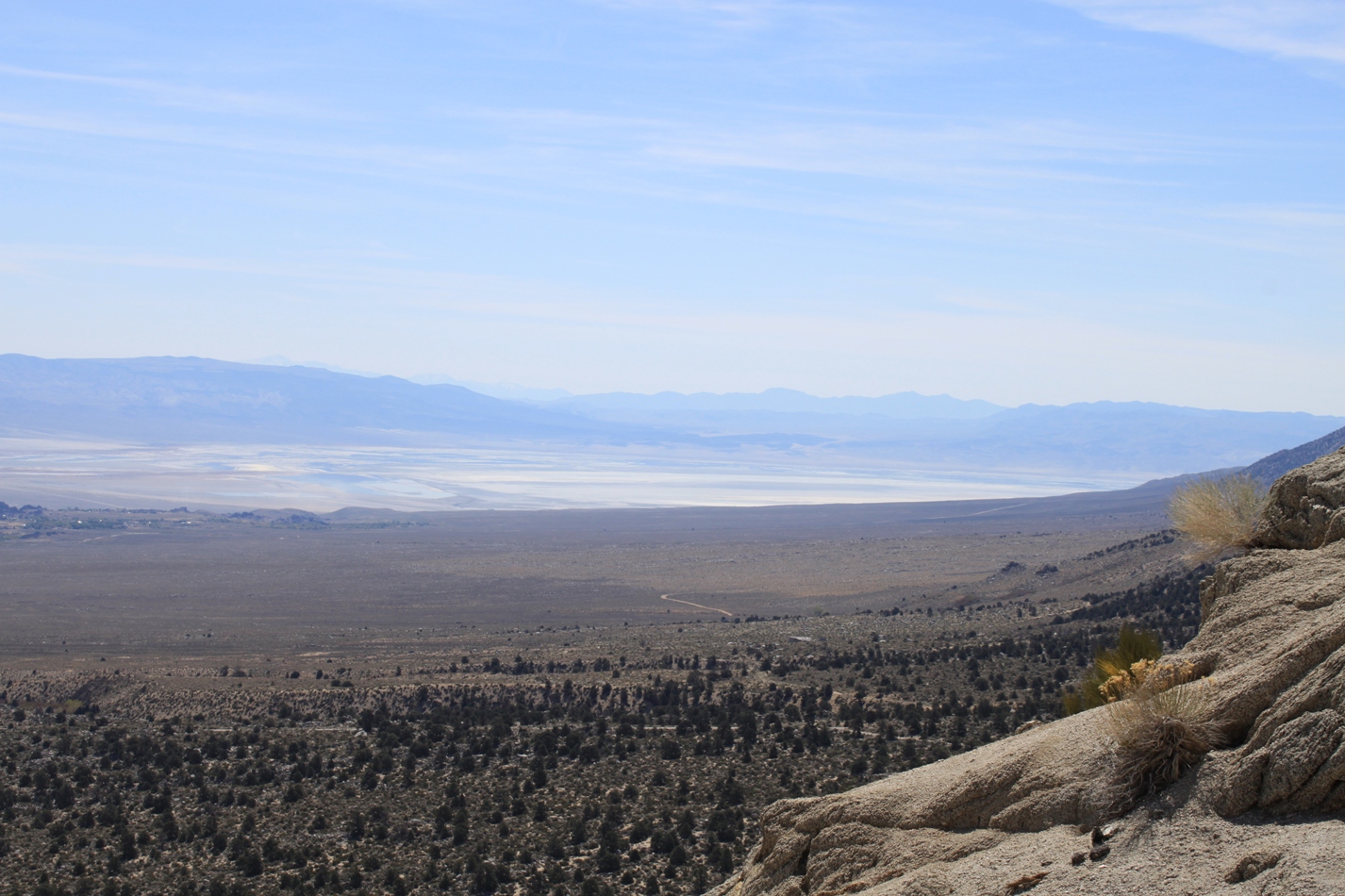 The road ascends approximately 4000 feet up off the valley floor to the trail heads that ambitious hikers will climb leading up to Mount Whitney.  At 14,497 feet high, Mount Whitney is the tallest mountain in the contiguous United States. 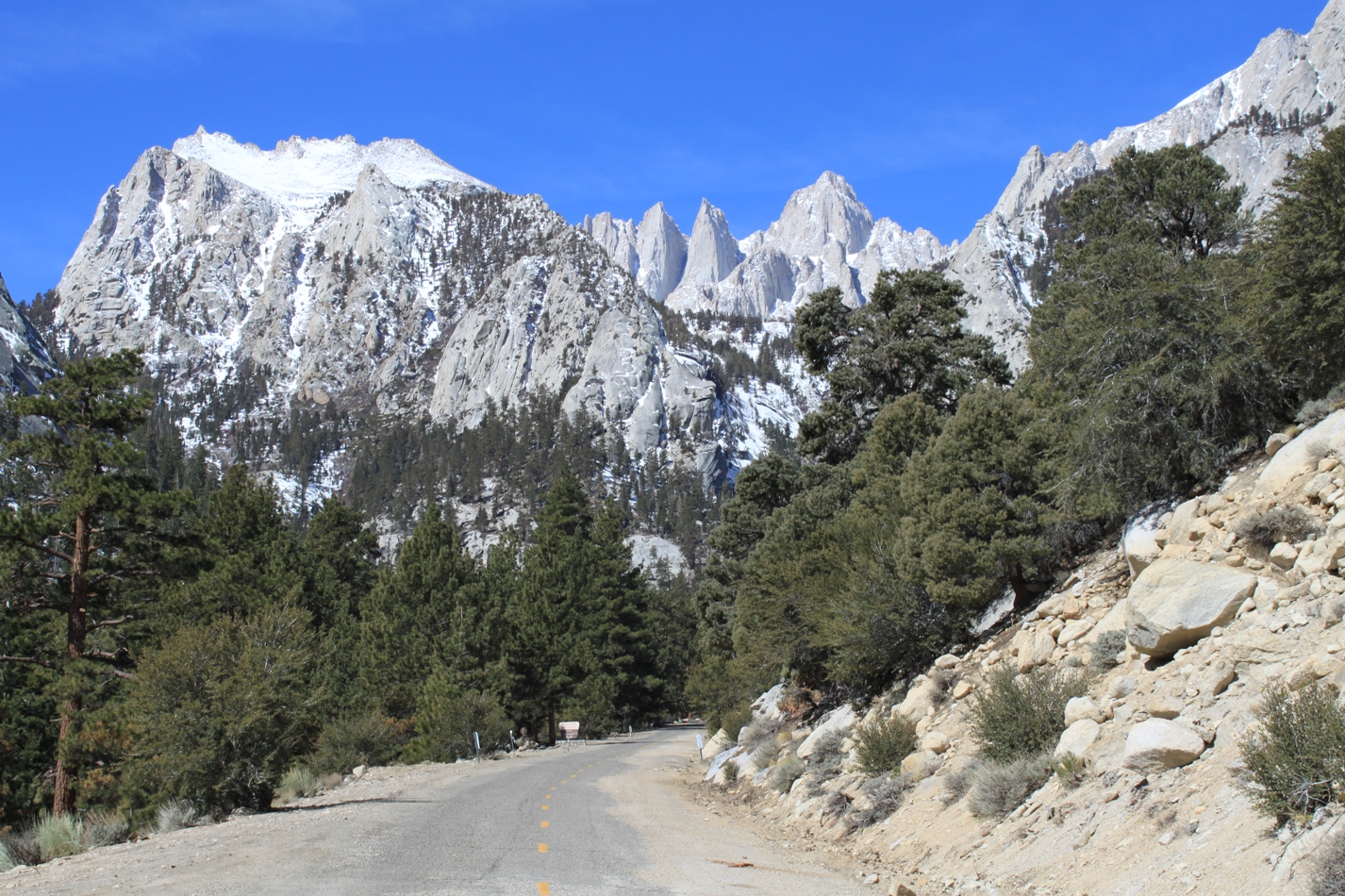 At the top of the parking lot is an exquisite granite waterfall.  However, it’s April and still early spring, and the waterfall is still hiding behind the snow. 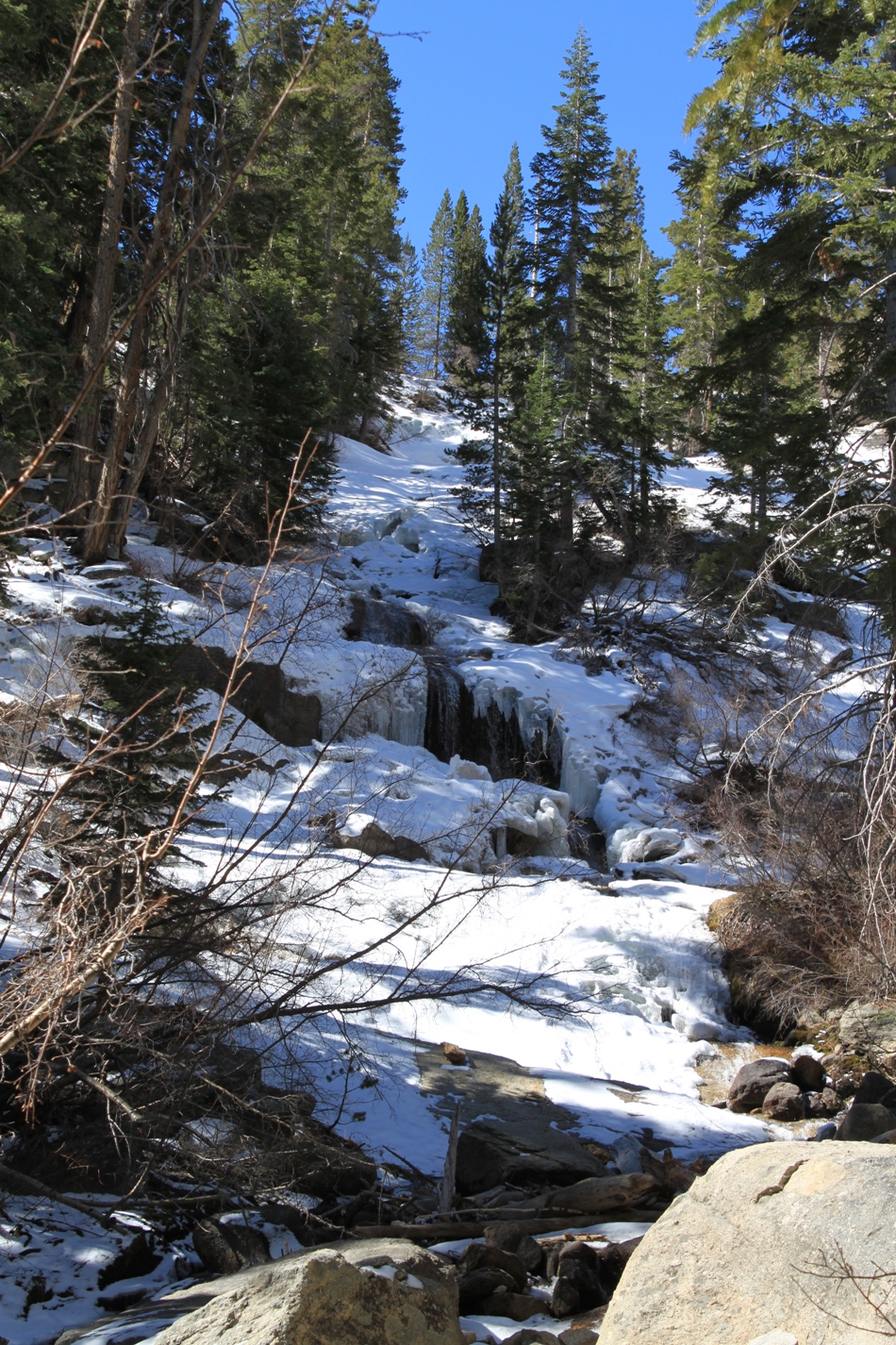 Come back in the warmer months and it will look like this! It is well worth the drive (about 13 miles or so) up the road just for a look at the waterfall.  There’s also a small store, campgrounds, and a small fishing lake up here, as well as the trail heads that lead up Mount Whitney.  (Note: Mount Whitney is a serious hike, not for the casual or occasional hiker.  You can learn more about hiking Mount Whitney by clicking here.) 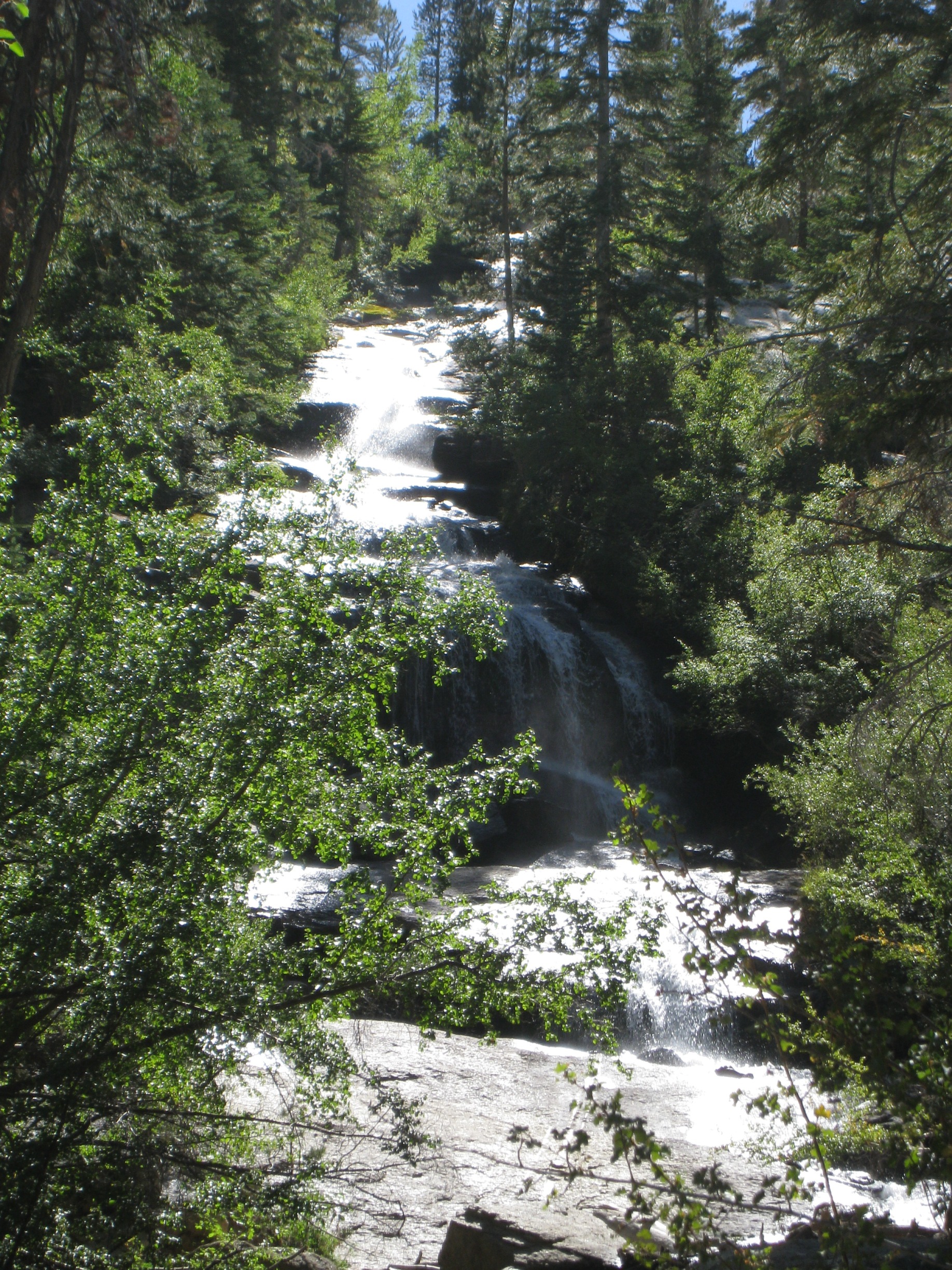 However, on this day, I am headed down the mountain, stopping to photograph at various points along the way.  Below, the Whitney Portal Road cuts across the foothills, preparing to ascend the mountain. 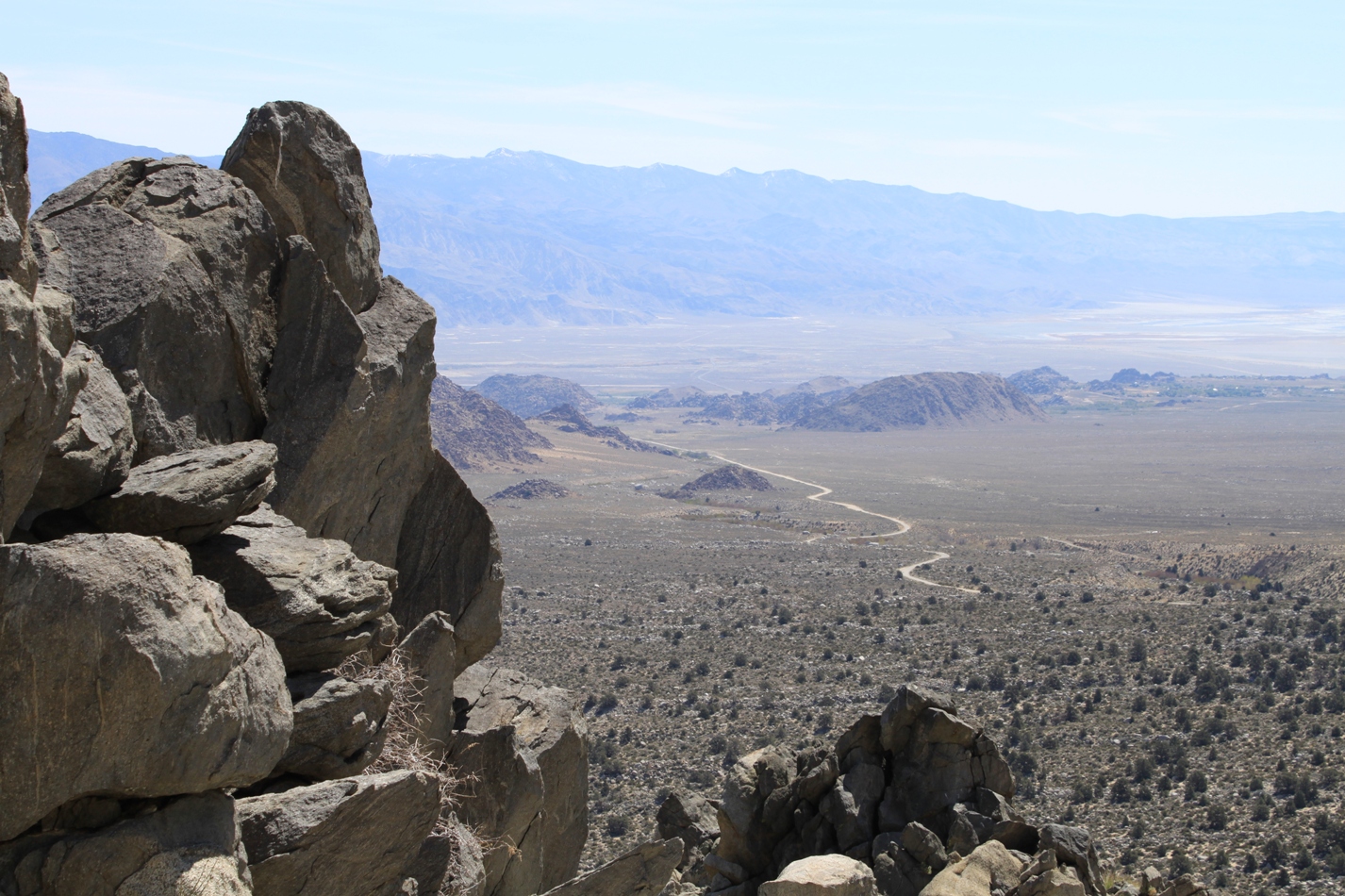 Below, some of my best shots of Owens Lake and the surrounding area. 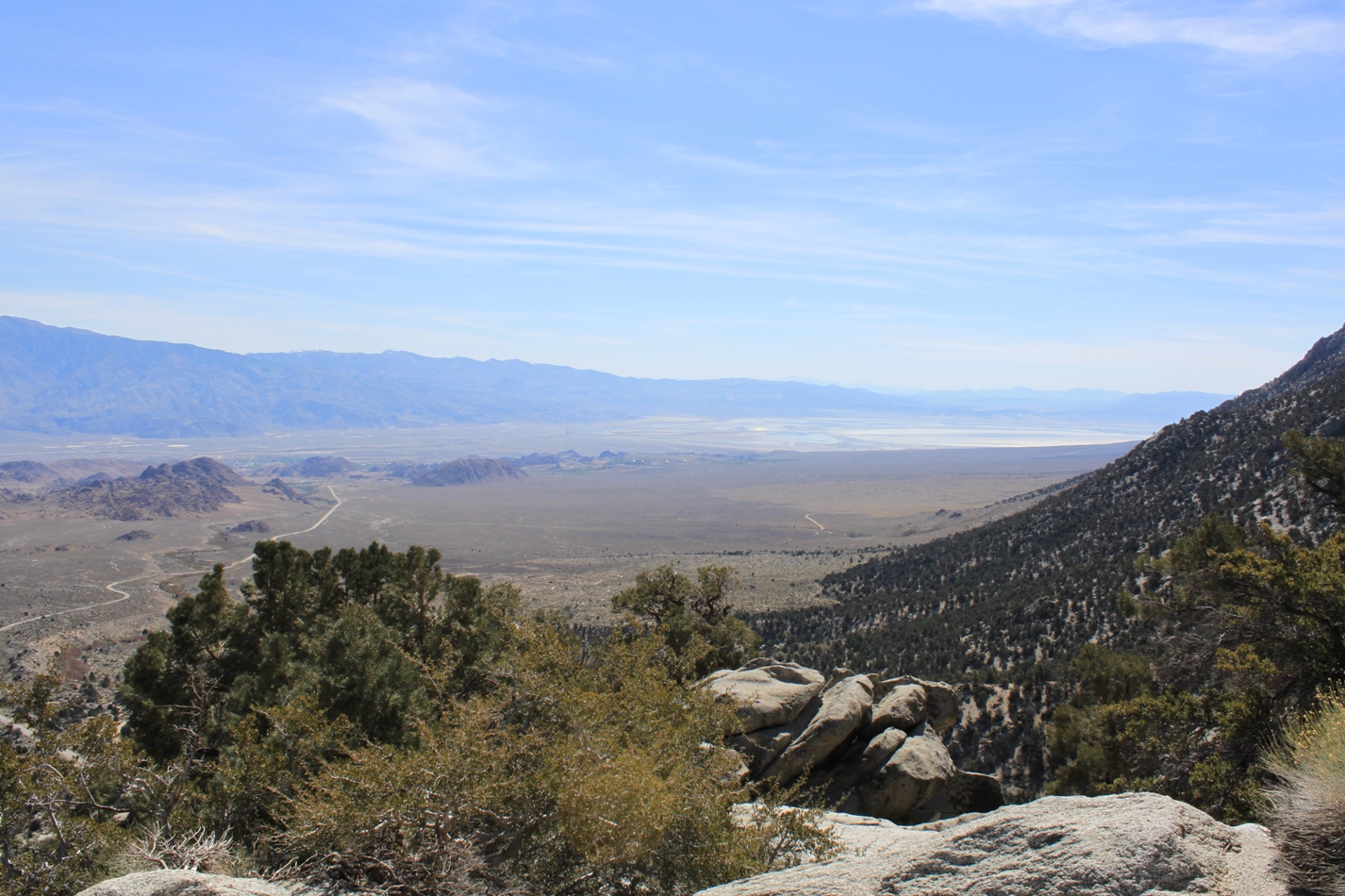 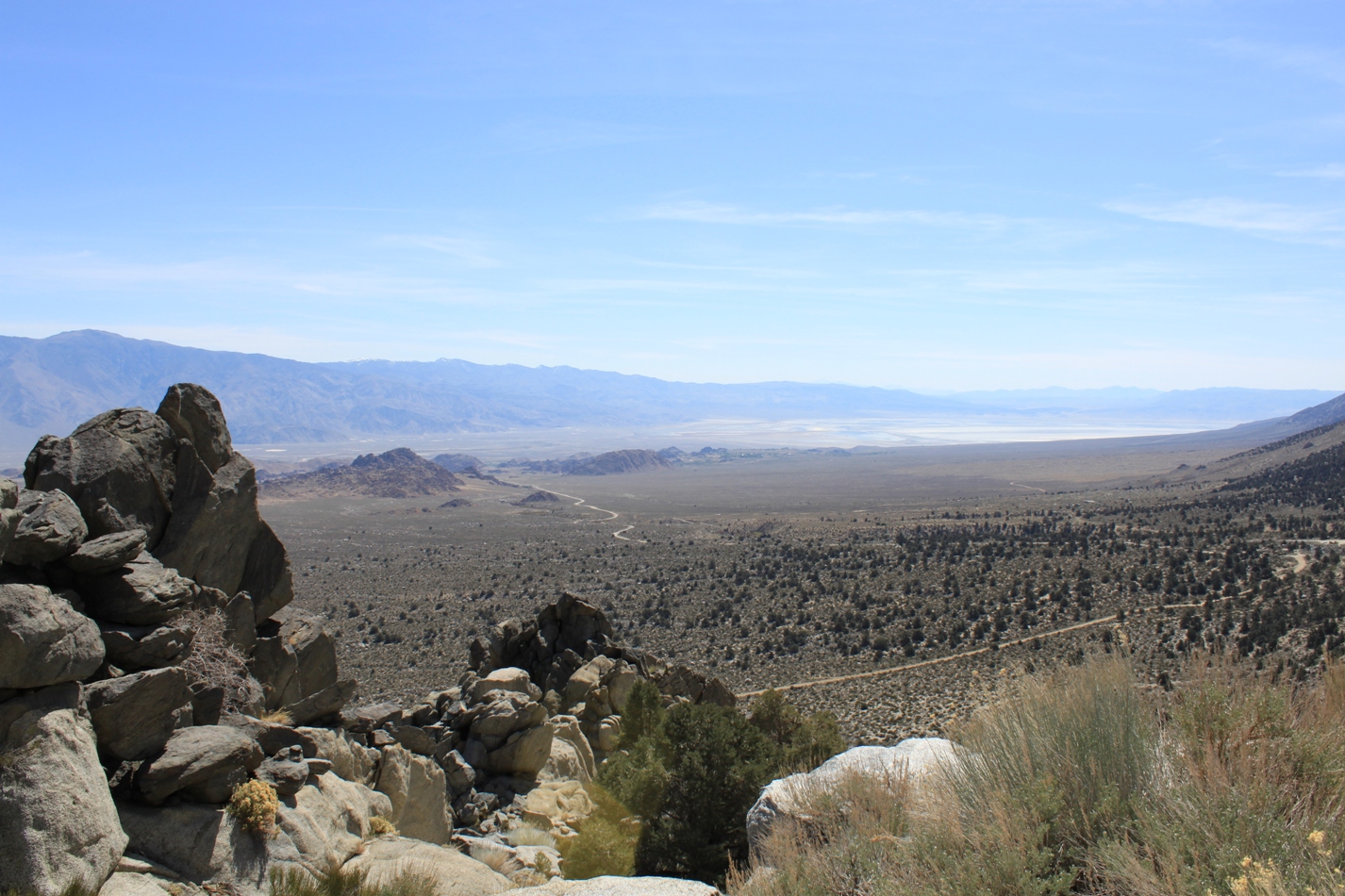 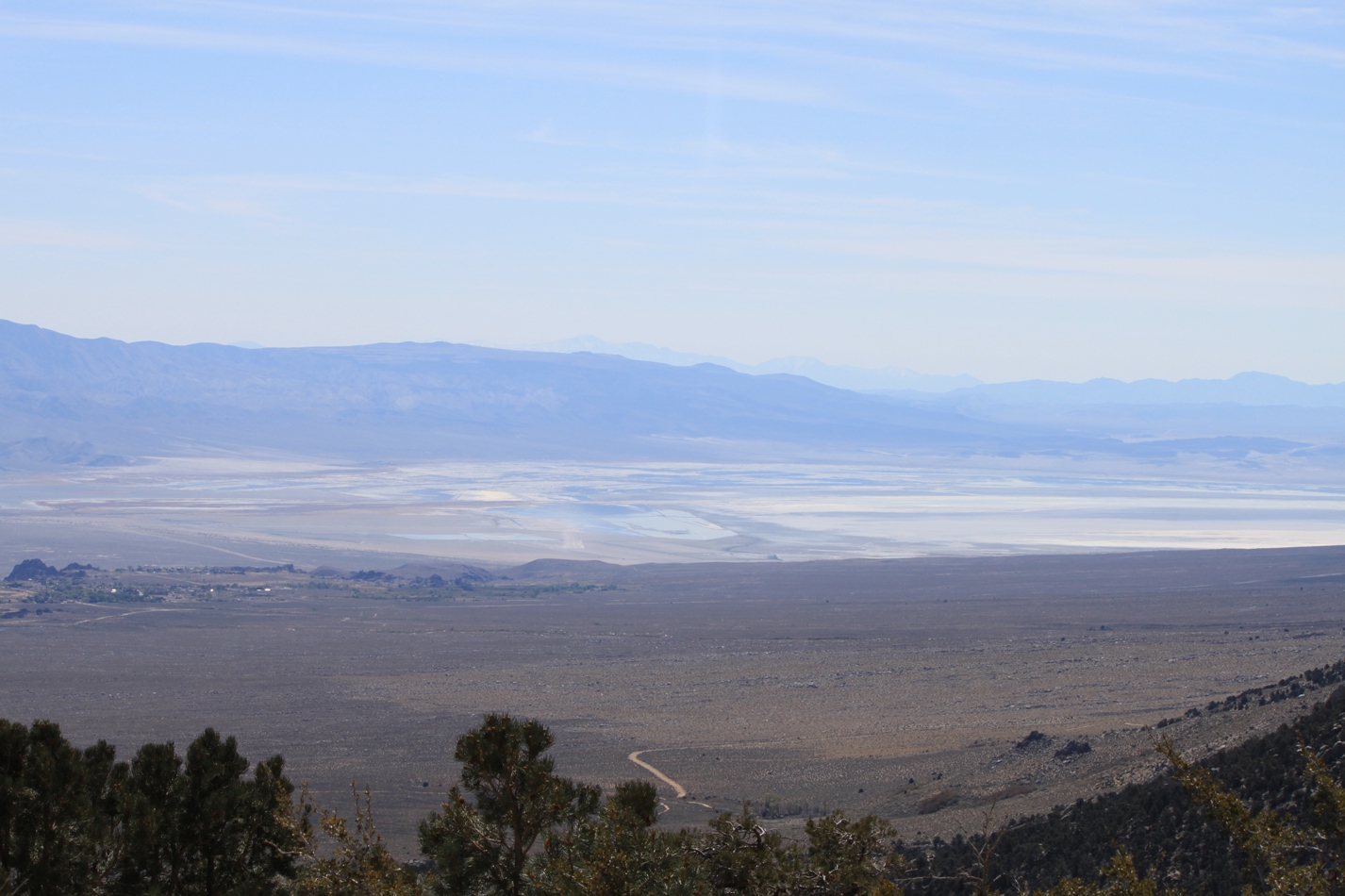 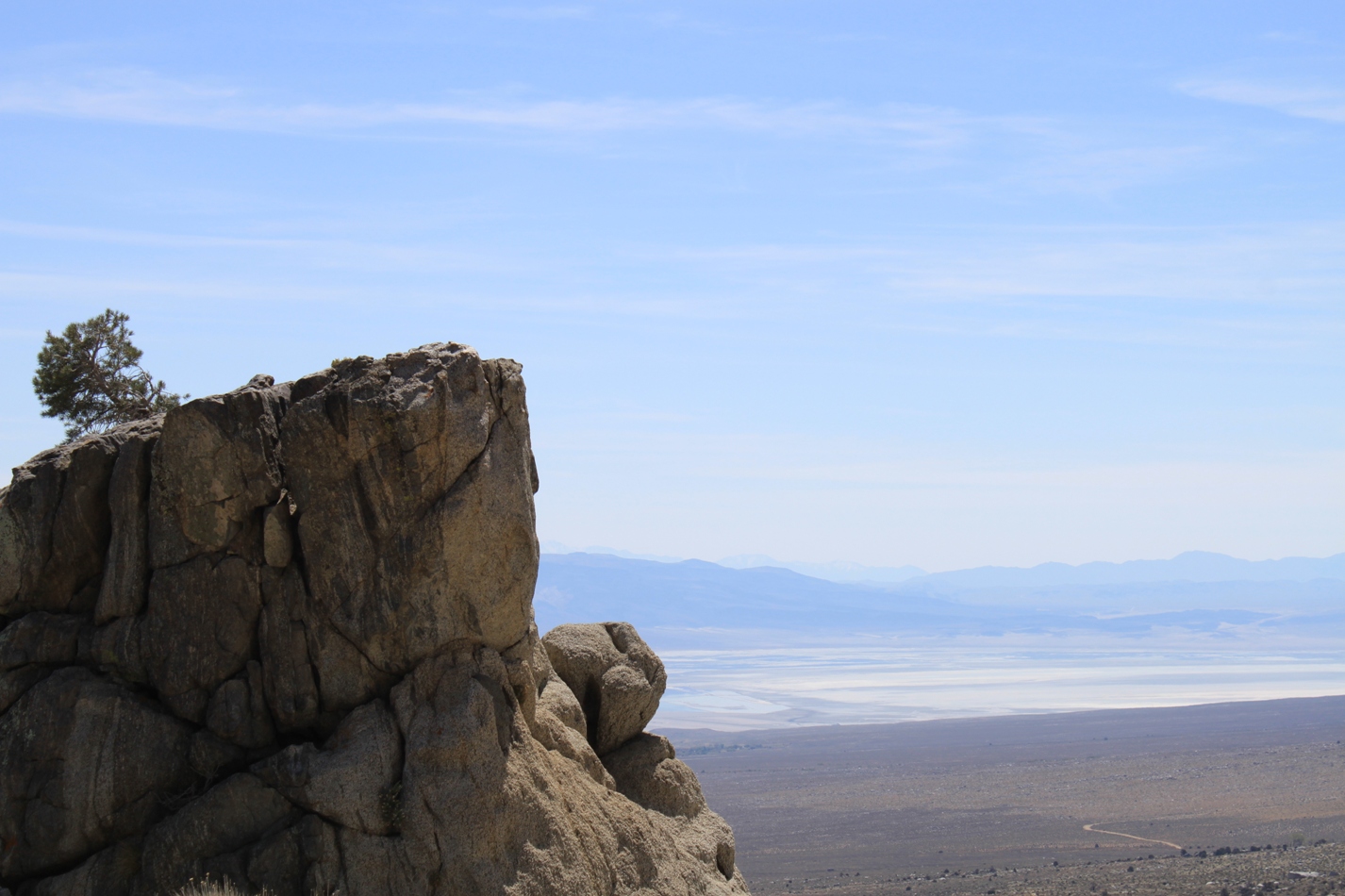 The Owens Valley is a very long valley.  This is the view looking north towards the town of Bishop. 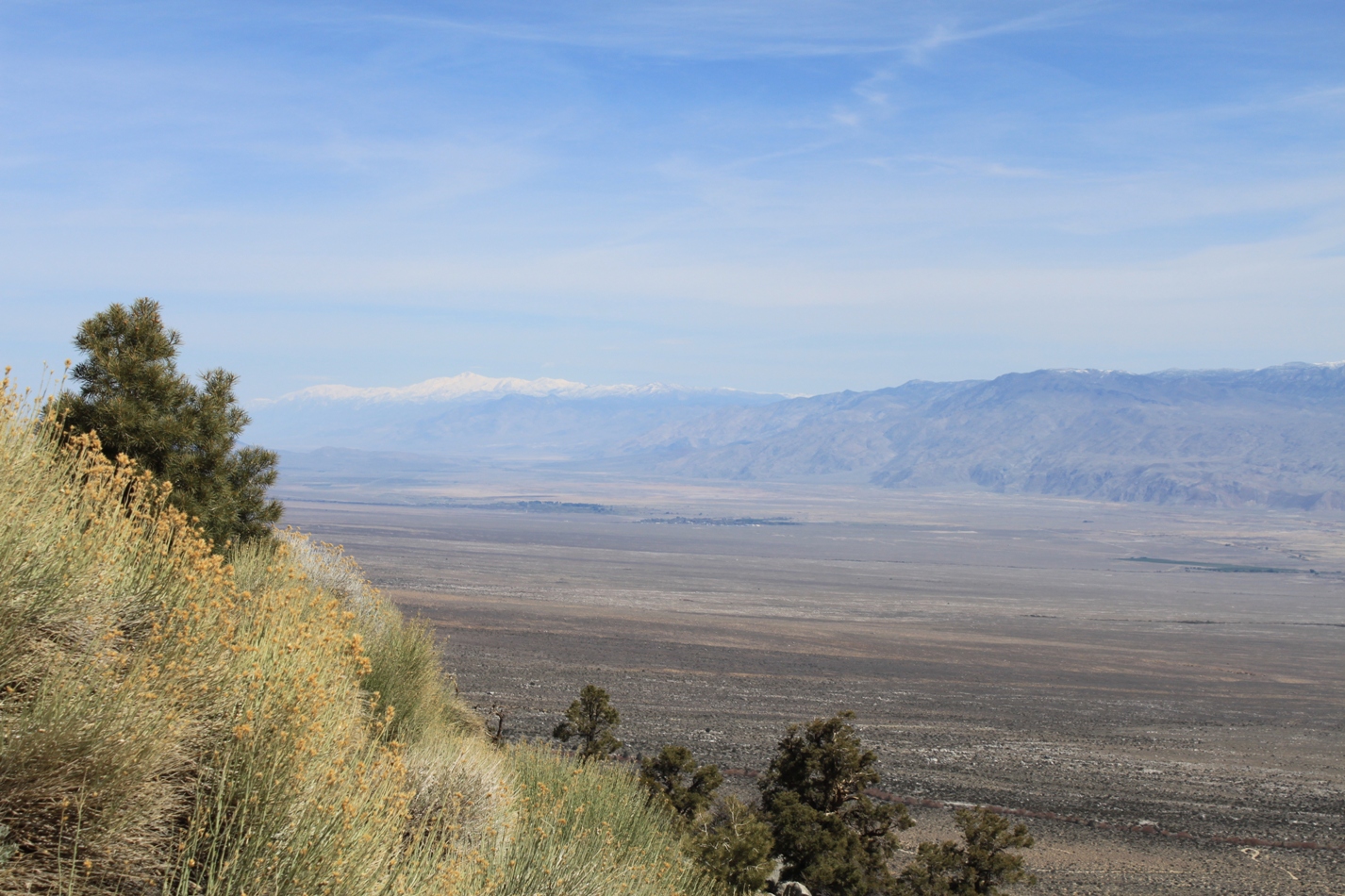 Below is another picture of the Whitney Portal Road crossing the foothills.  The rocky hills the road crosses are known as the Alabama Hills. 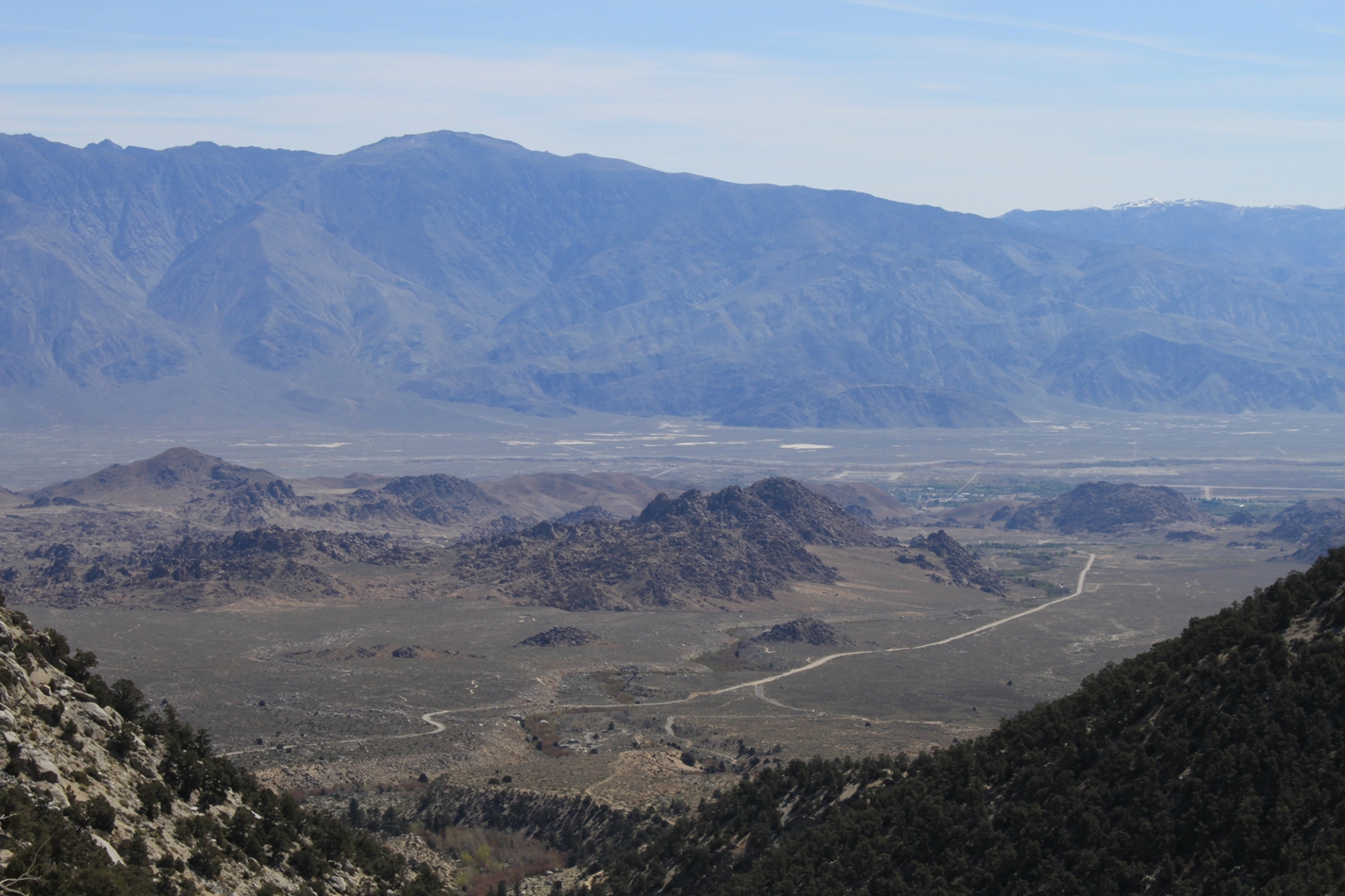 Here’s the view lo0king up at Mount Whitney and the high Sierra from the Alabama Hills. 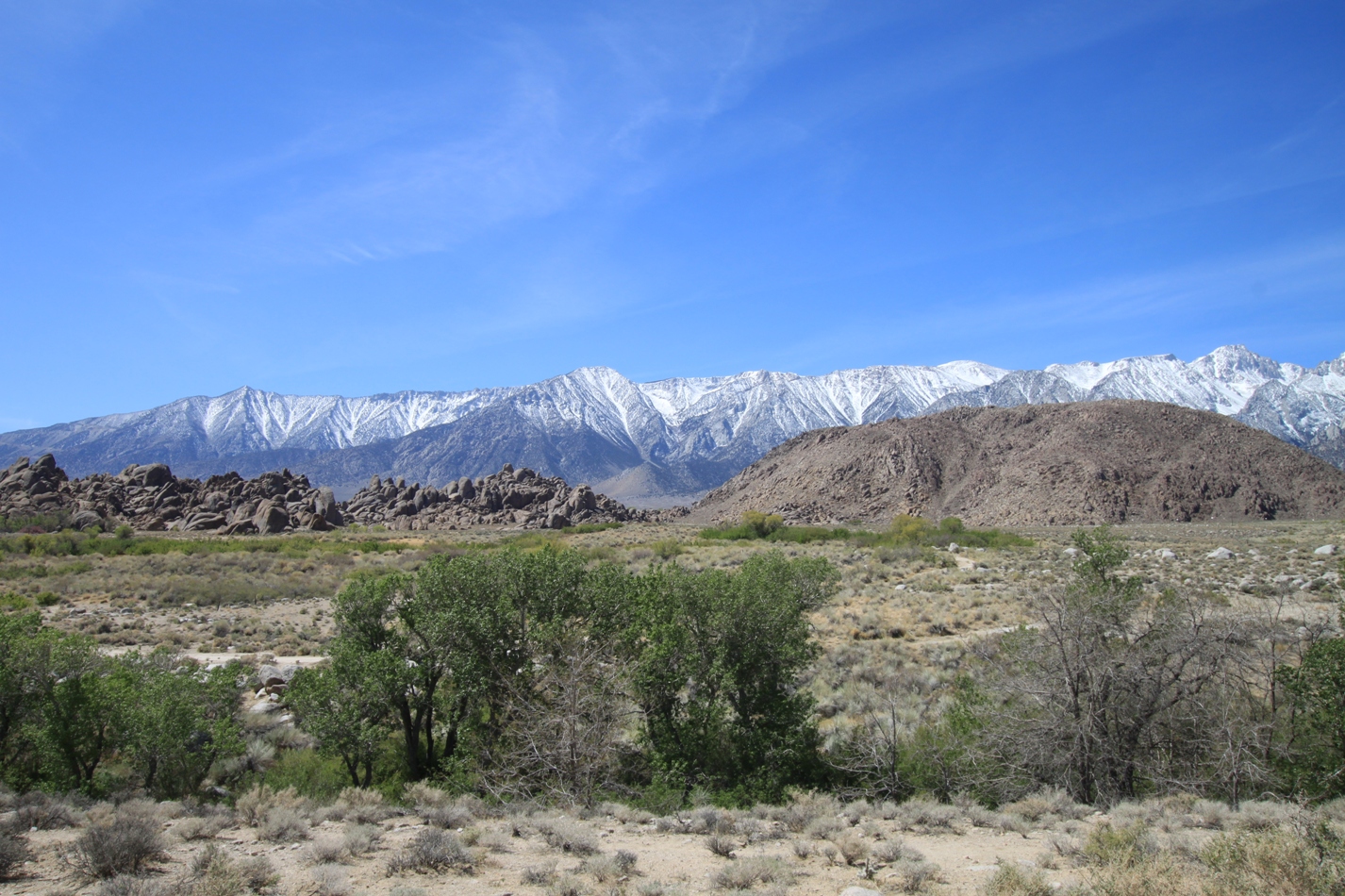 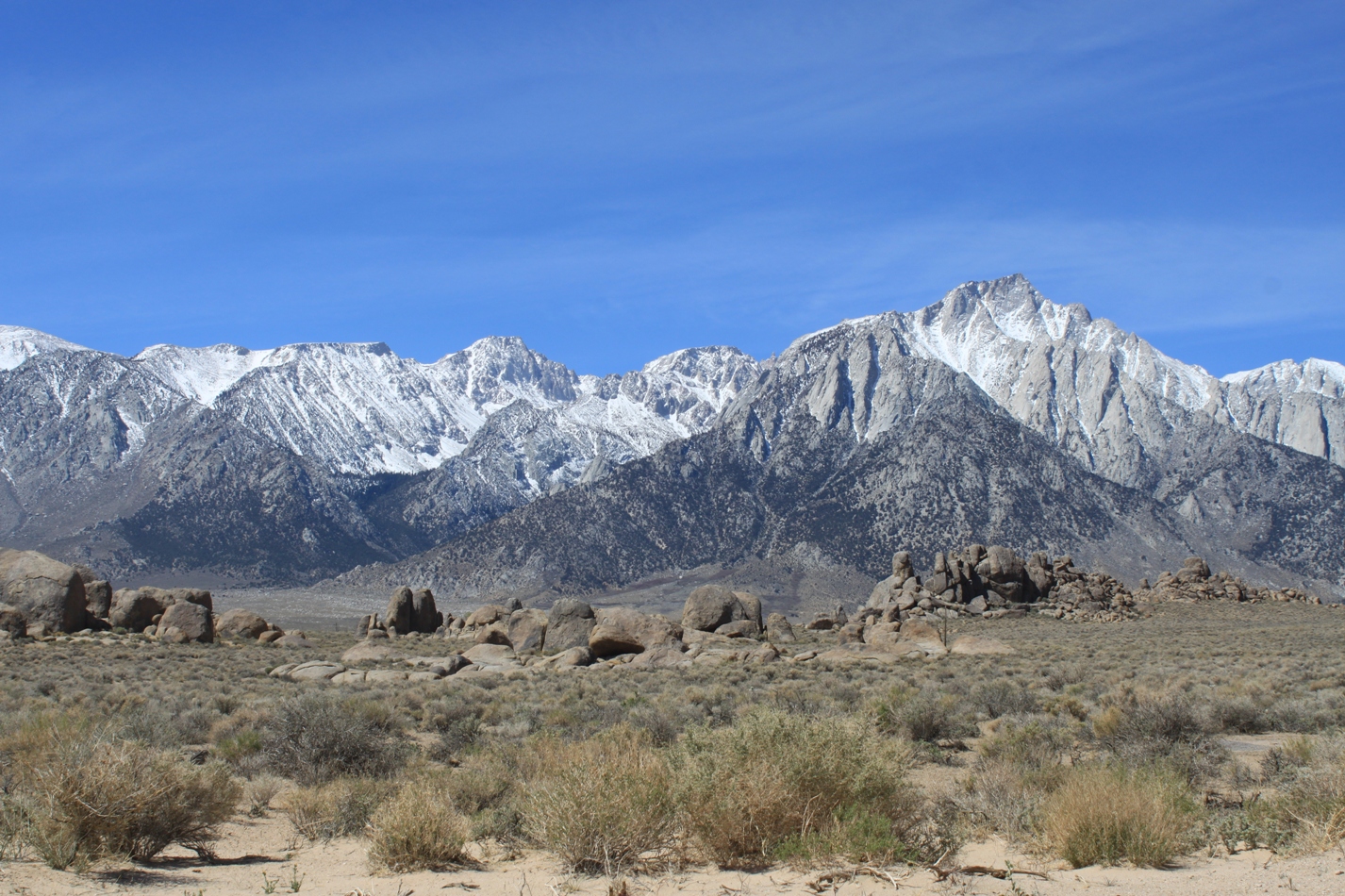 The Alabama Hills were a popular spot for filming old westerns.  If old westerns are your interest, there’s a road you can follow to find former movie locations and a Western film movie museum in Lone Pine. 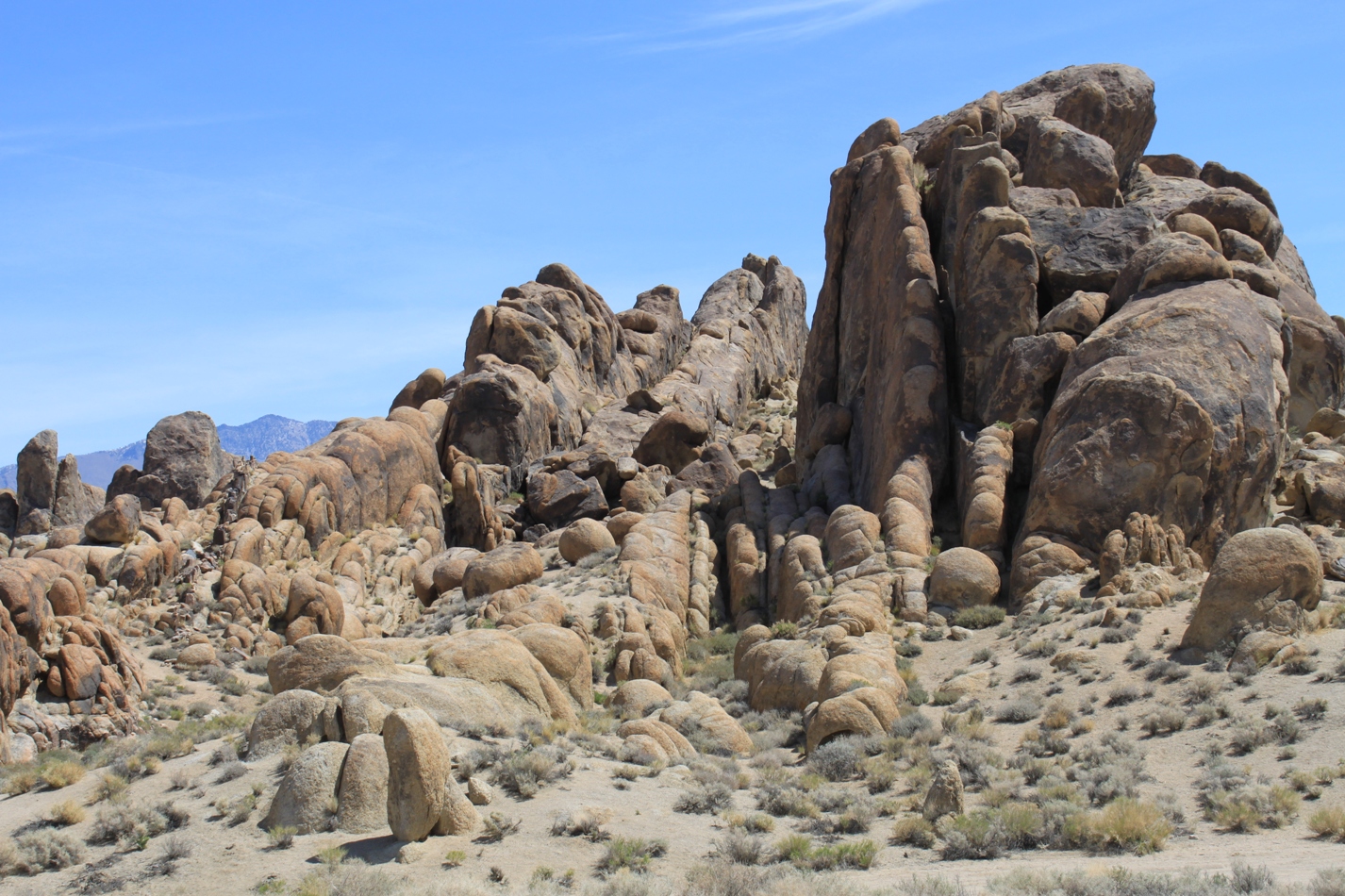 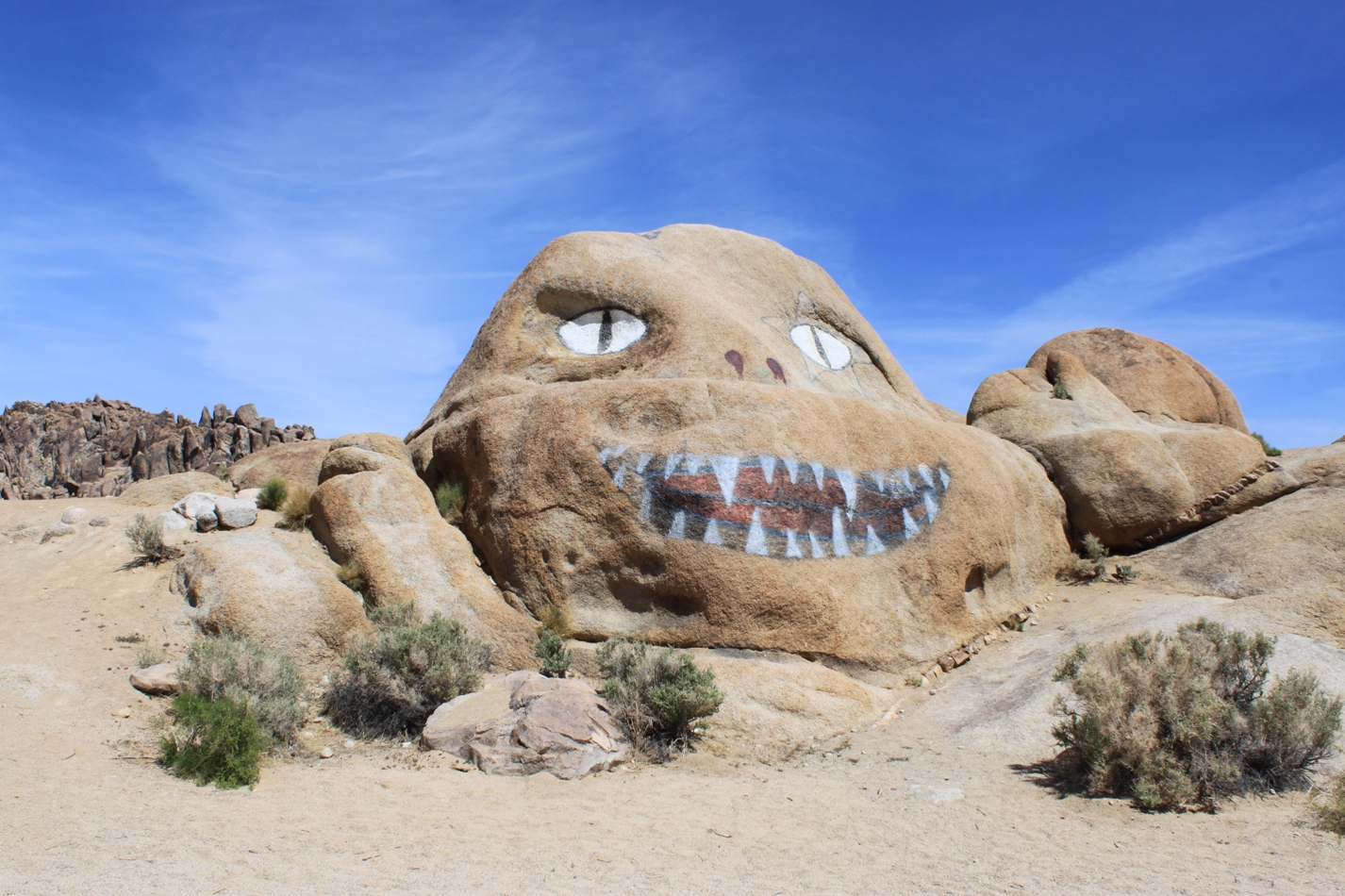