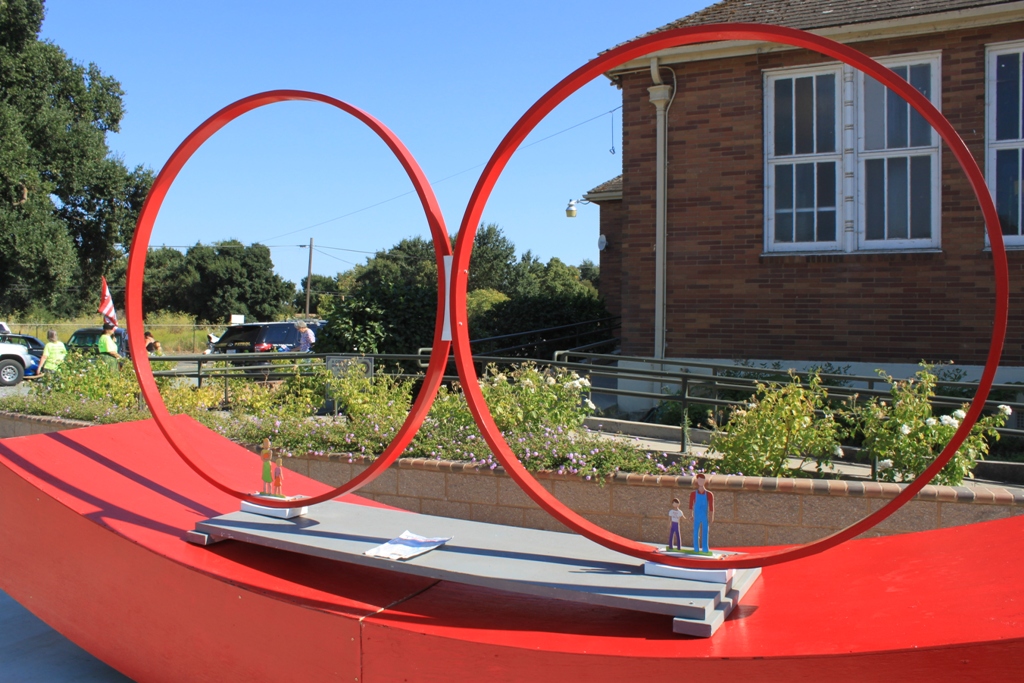 Recently, there was a set of public meetings regarding the Delta tunnels project, which is also known as the California Water Fix, or the BDCP, or perhaps some other more colorful name.

The meeting was held in Walnut Grove, a small town within the Delta. 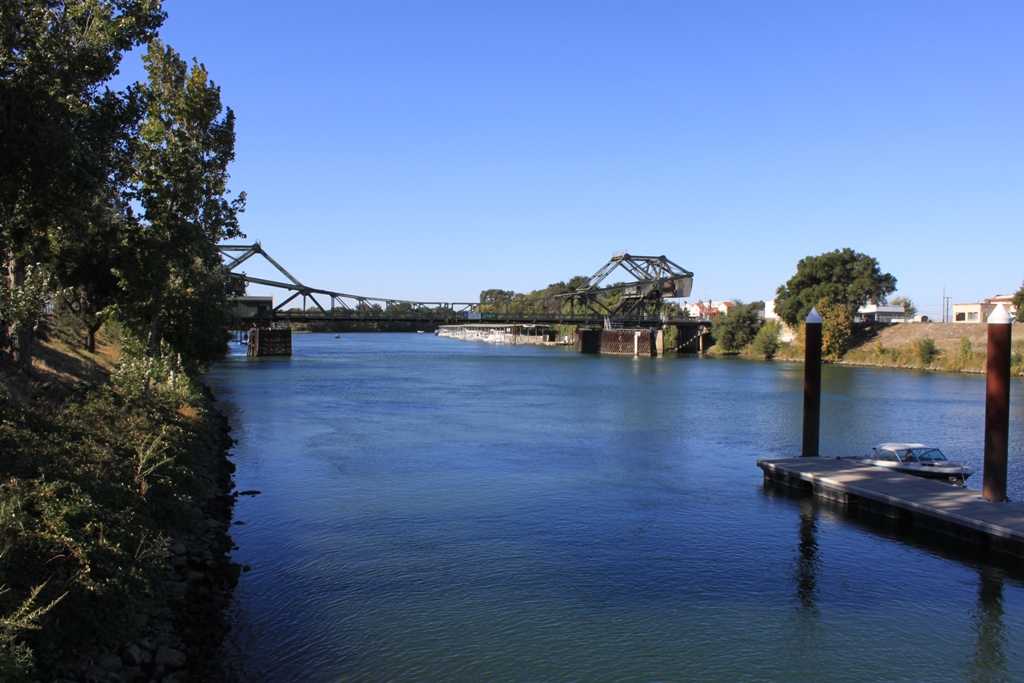 Opponents of the project were out in force, of course, but the tone of the event was pleasant all around, despite the oppressive heat. Apparently, all the dramatic stuff happened yesterday at the first meeting in Sacramento, although the accounts differed a bit, depending on who I asked.

Attendees were greeted with a visual of the size of the proposed tunnels set up outside the community center.

Police were on hand, but they didn’t really have much to do, except say hi to their neighbors, perhaps. 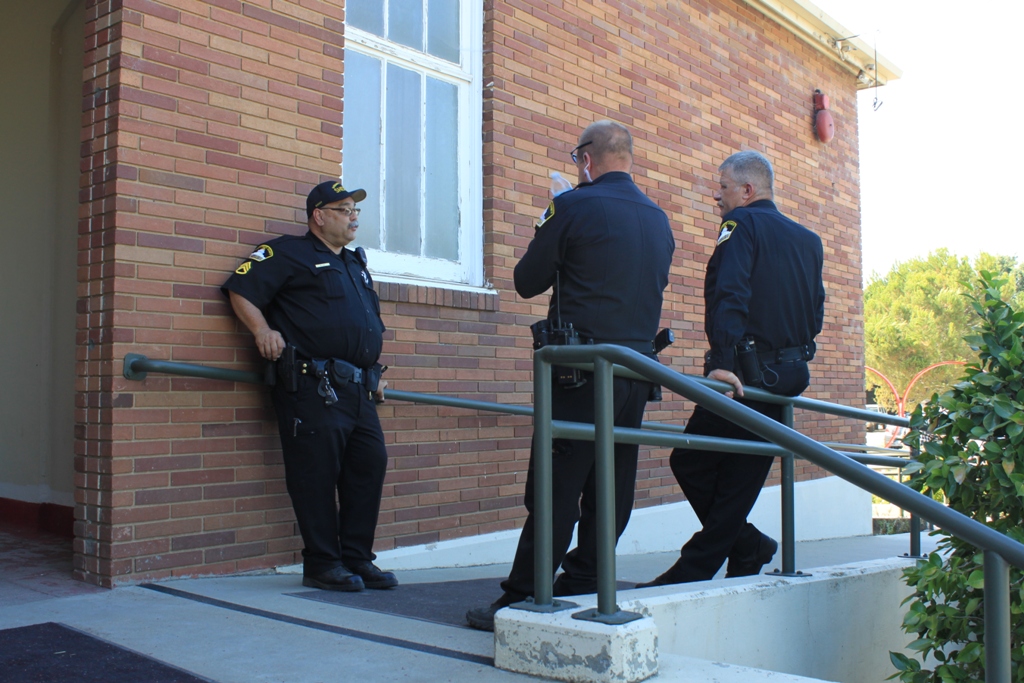 Inside, the meeting was in open house format, which is where there are tables set up and representatives you can speak to about all the various portions of the project. Delta residents were critical of this format, feeling that without a formal presentation and speaker comments, people are deprived of hearing what others think of the project. State representatives said they had received positive feedback on the format with people saying they had found it useful to be able to have their specific questions answered; state reps also pointed out that the project is so big, putting it into a presentation everyone would want to sit through would be a challenge.

So I suppose like most things in water, it depends on where you are sitting as to how you view that … 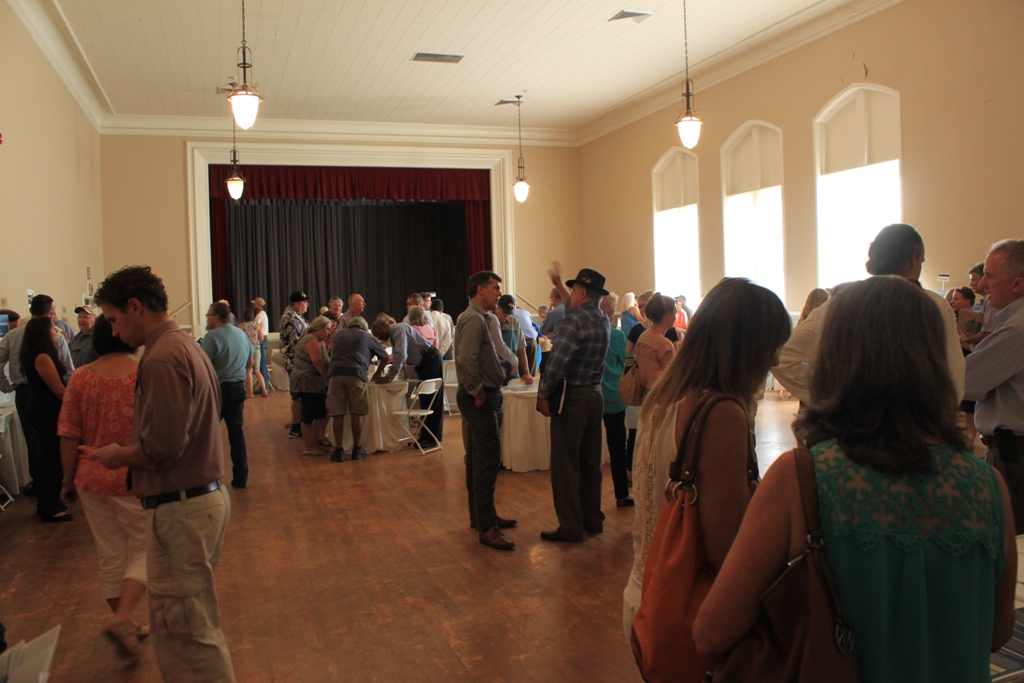 There was a table to submit written comments, and a court reporter available, too. 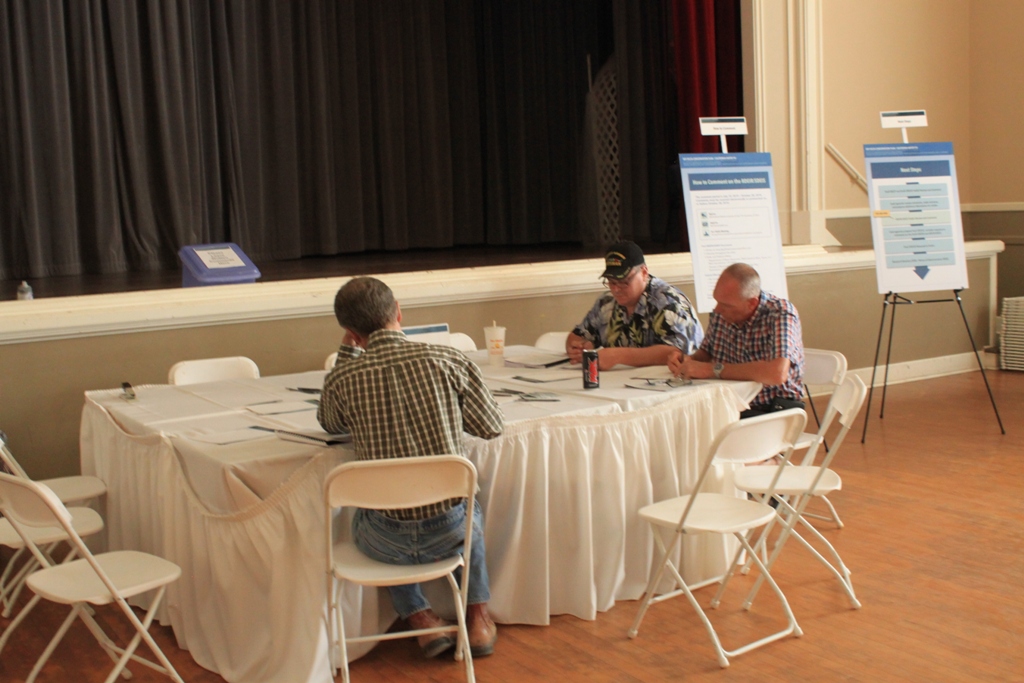 People were not prohibited from bringing in signs or recording the event if they chose to do so. 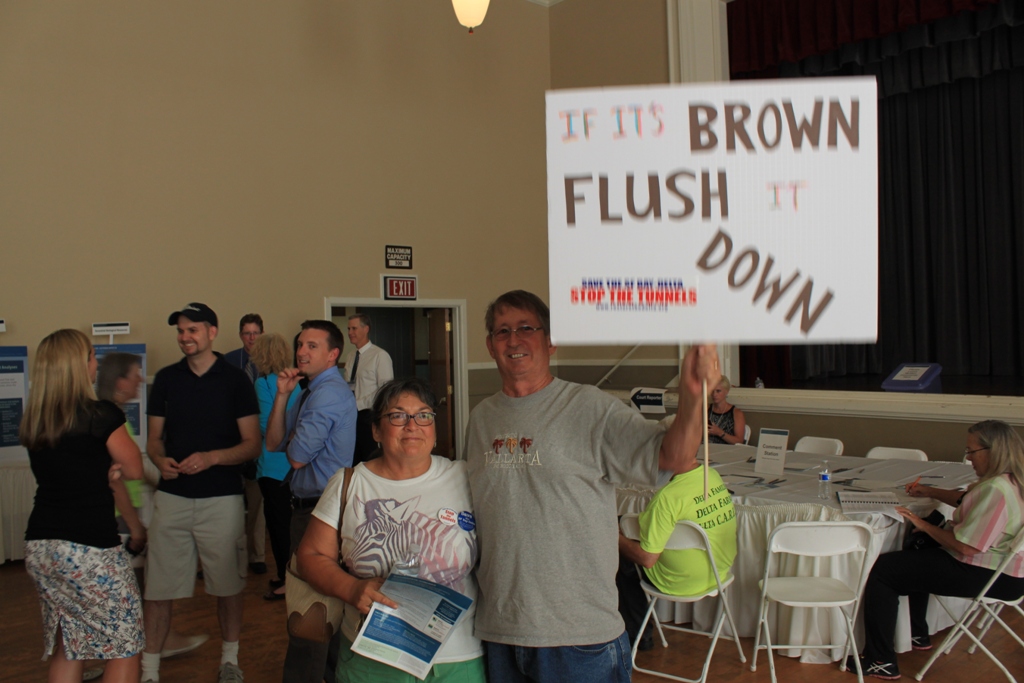 Outside, Restore the Delta’s Barbara Barrigan-Parilla was on hand to welcome attendees. 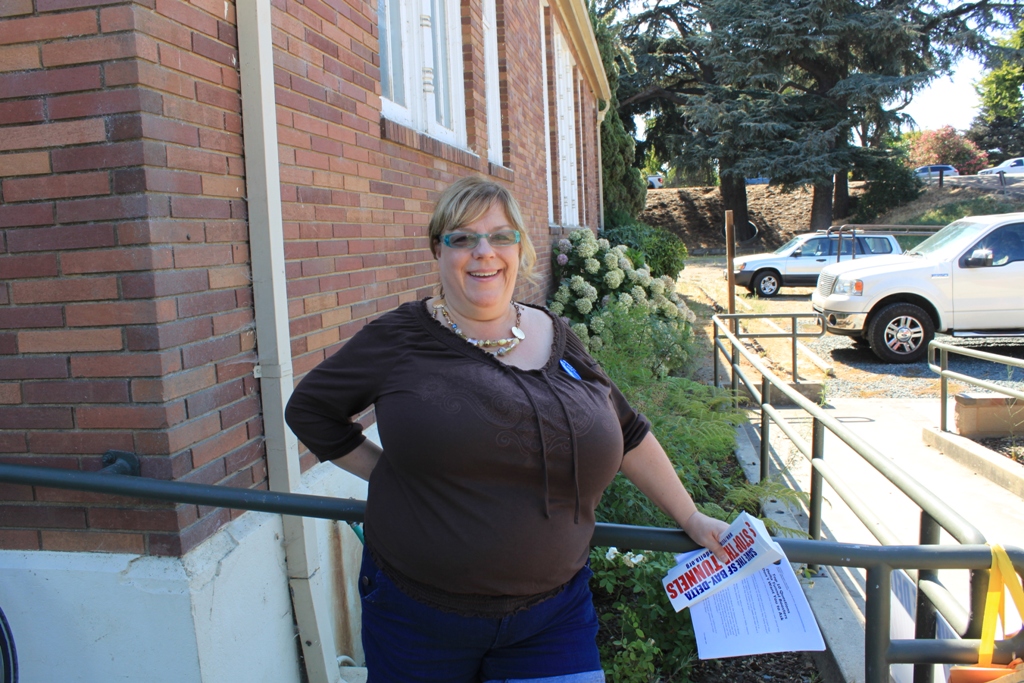 Tunnel opponents set up in the parking lot … 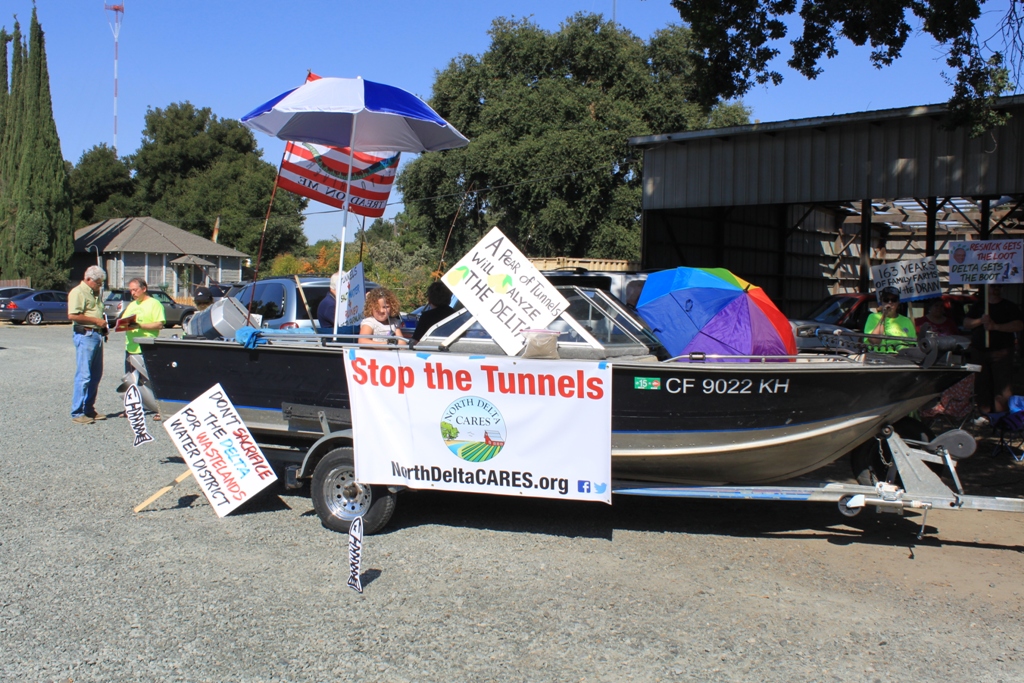 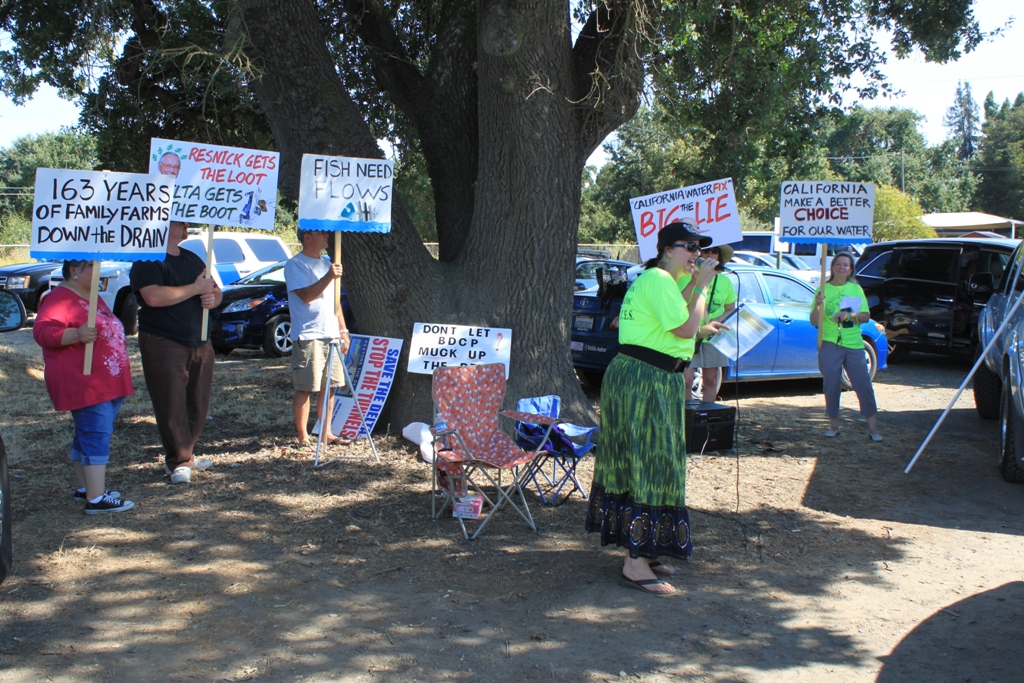 After the meeting, I snapped a few shots driving back through the Delta to Sacramento. 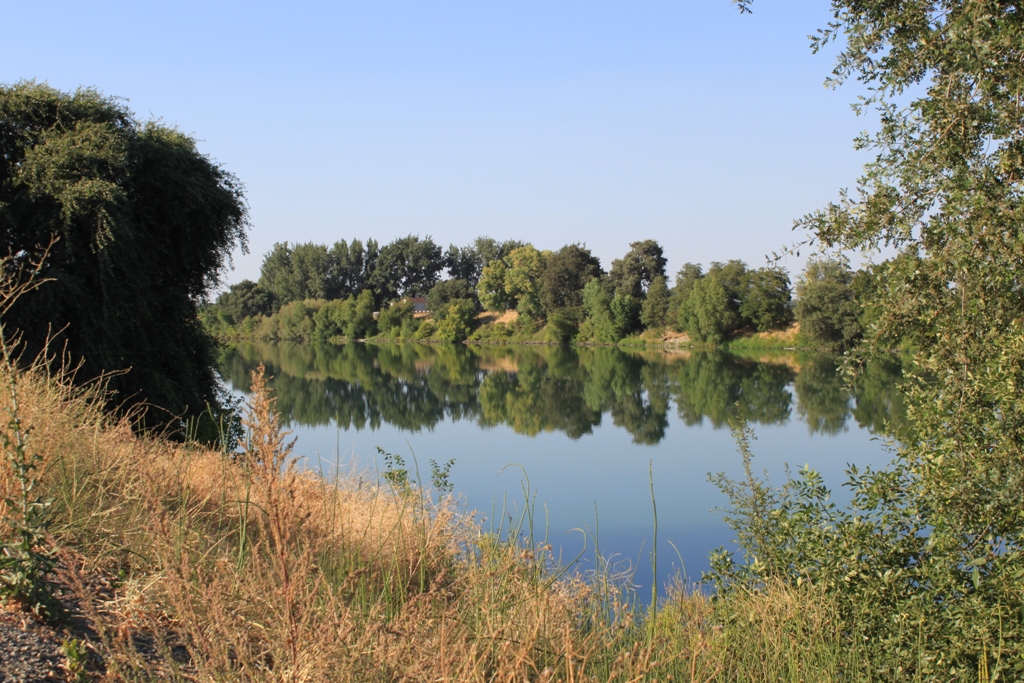 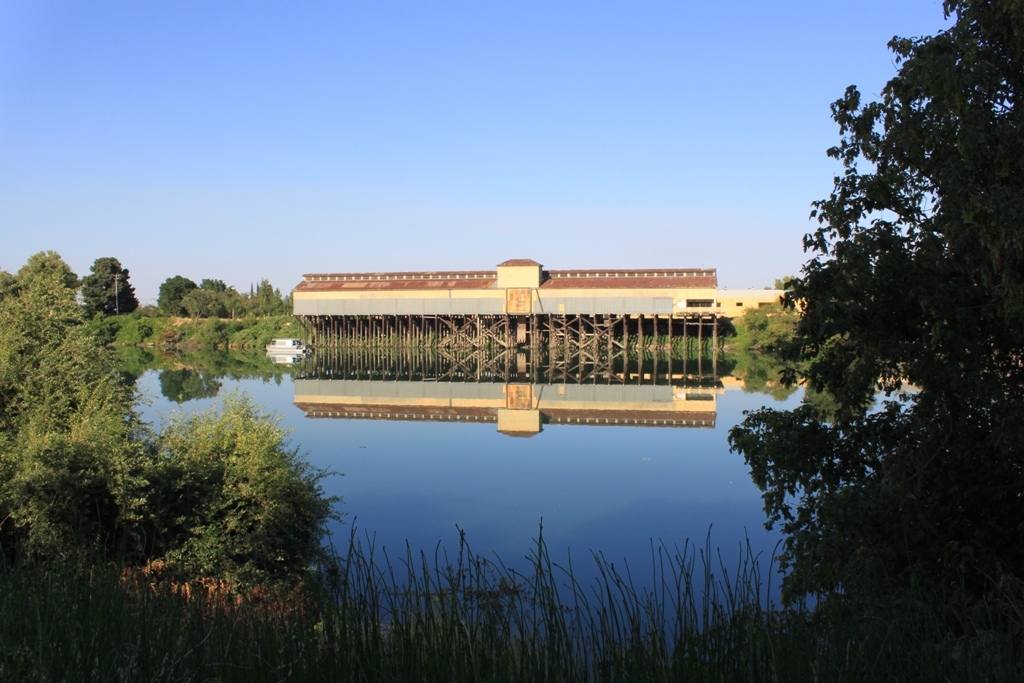 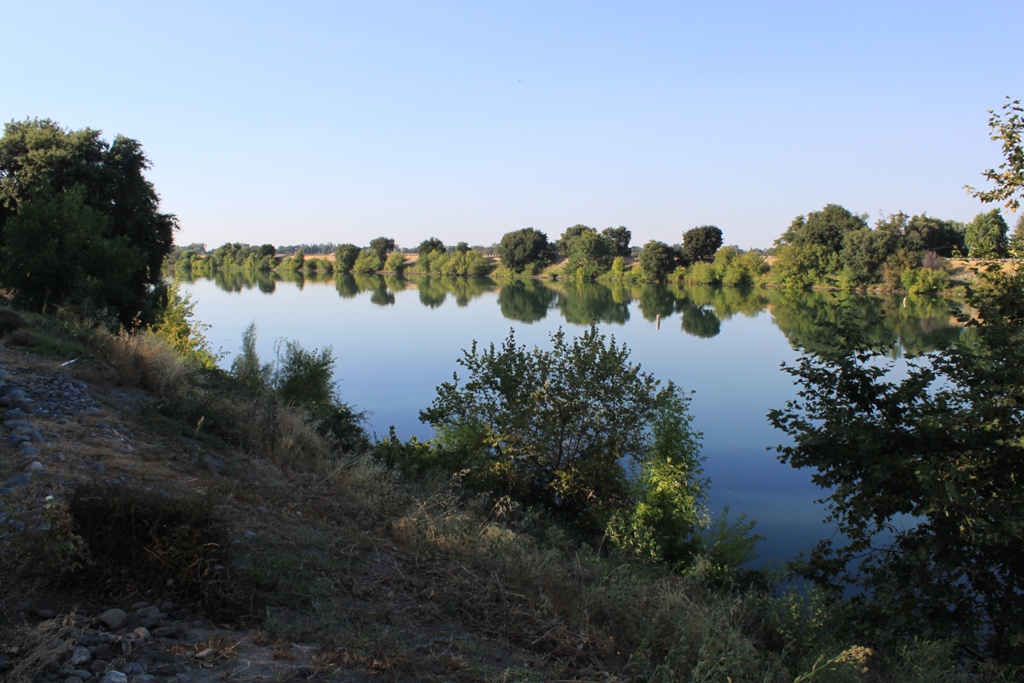 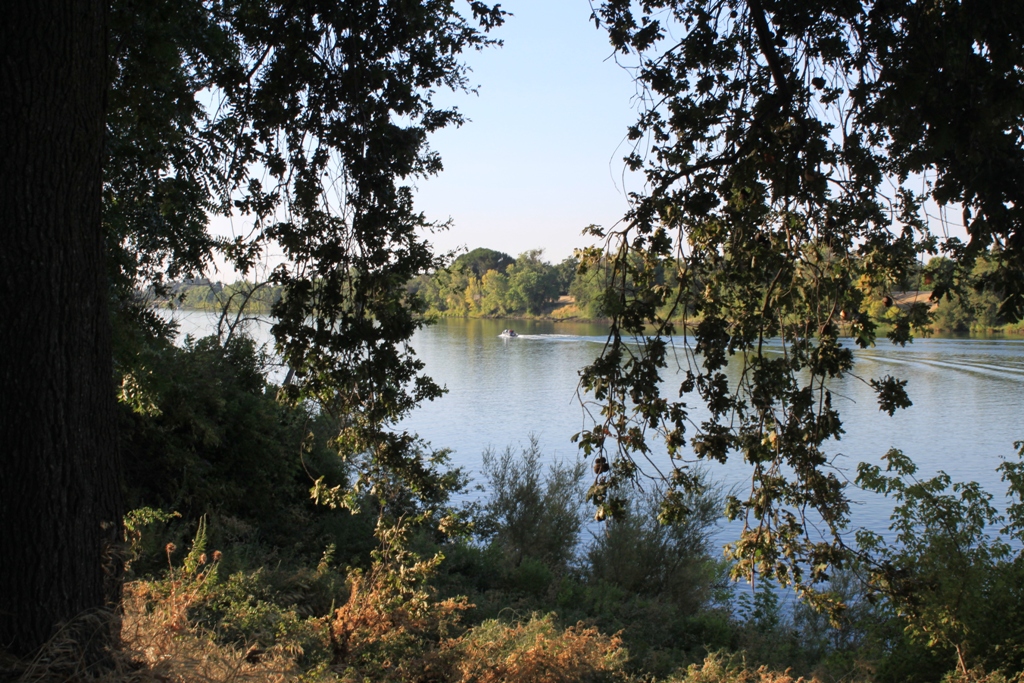 So long from the Delta!