This is Zurich Station, an old railroad station on the Carson & Colorado Railway which used to run down the eastern side of the Owens Valley.  We discovered this gem on our way back from the Bristlecone Pineforest. 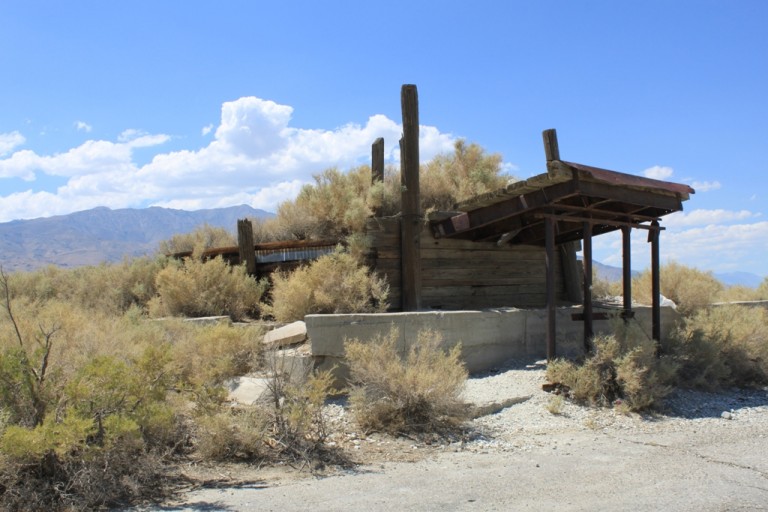 The station was established in 1884.  It fell into disuse in the 1940s and abandoned in 1960 when the railroad ceased operations. 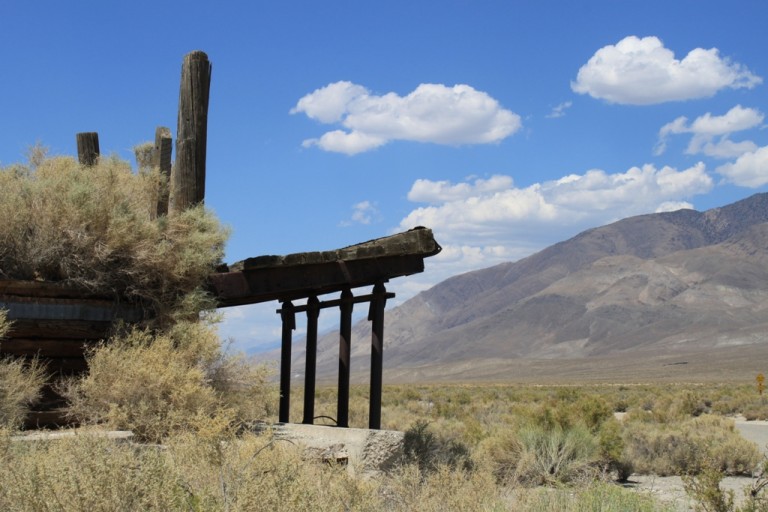 There are some interesting twisted metal objects lying around.  We decided this was some sort of railroad part. 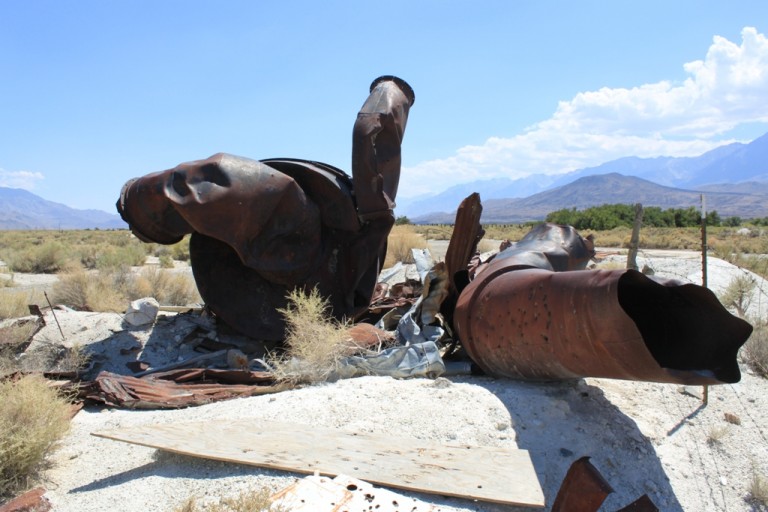 The station was named Zurich as the eastern Sierras reminded Owens Valley resident Emelie Nikolaus of her native Switzerland. 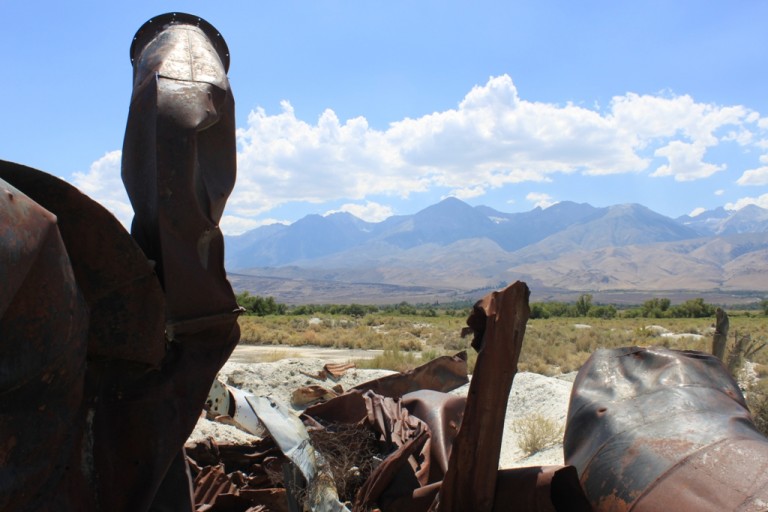 The view from the porch … 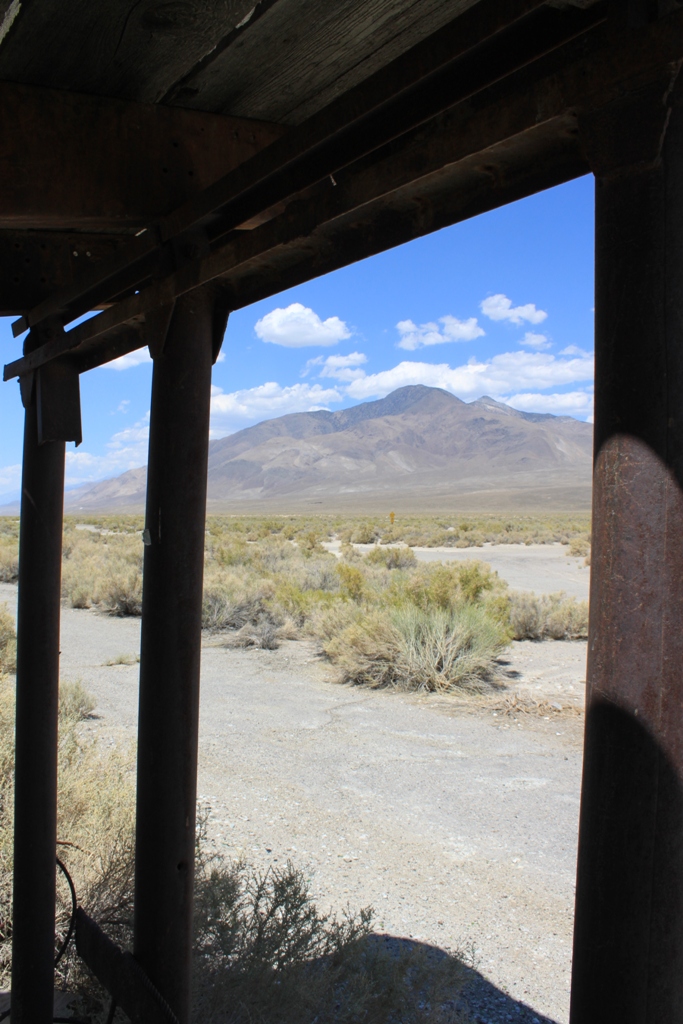 The Carson Colorado Railroad ran from Mound House, Nevada to Keeler, which is located a bit south from here on the eastern shore of Owens Lake.  See my post on Keeler for more on the Carson-Colorado Railroad.