The Imperial Valley-Salton  Sea region is an endlessly fascinating area to me for many reasons: the agriculture, the infrastructure that delivers one-fifth the (legislated) flow of the Colorado River to this remote desert valley, the unusual nature of some of the people you encounter, and just the way I feel very close to history here. 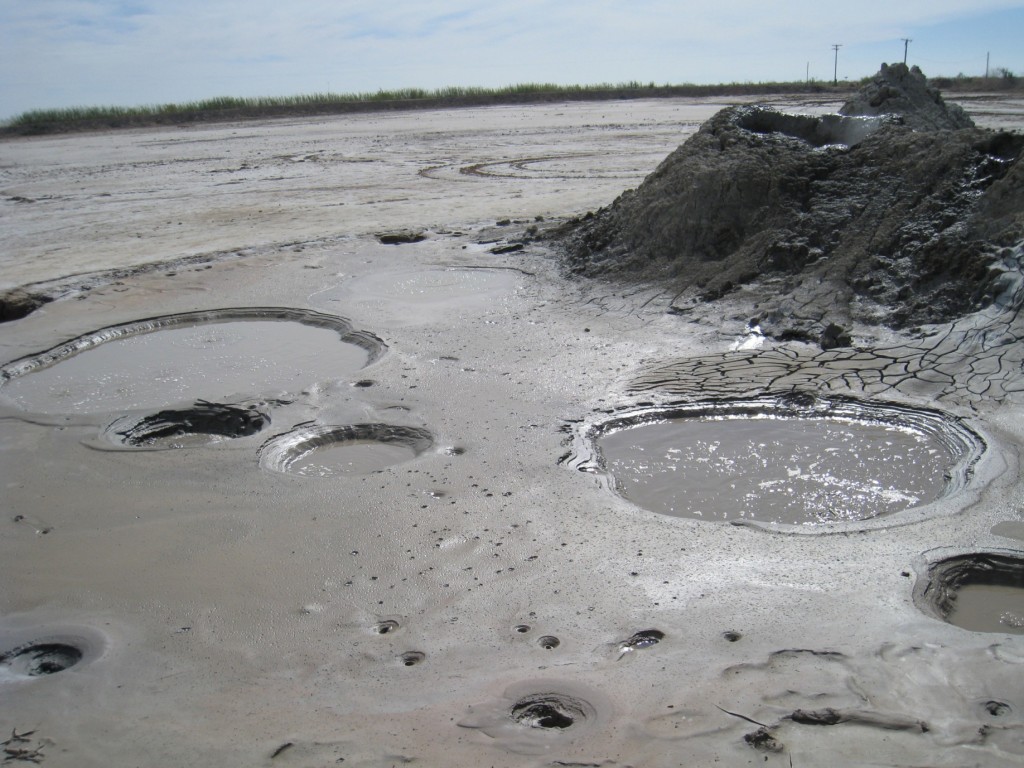 But the Imperial Valley-Salton Sea area, also known as the Salton Trough, is also geologically interesting.  Bounded by faults on its east and west sides, the region is sinking at a rate of 1 to 2″ per year, and more during earthquakes. Here, a series of divergent and transform faults are ripping the crust apart, forming a spreading center or a rift valley, much like that of Iceland and the mid-Atlantic ridge. Magma is believed to exist little more than a mile beneath your feet in a plume estimated to be about 20 miles long, 4 miles wide, and at least one to two miles thick.  This magma produces a large, upward heat flow that powers geothermal plants, as well as numerous hot springs, mud volcanoes and mud pots.

You can see some of this geothermal activity at the Davis-Shrimpf seep field on the southeastern shore of the Salton Sea. 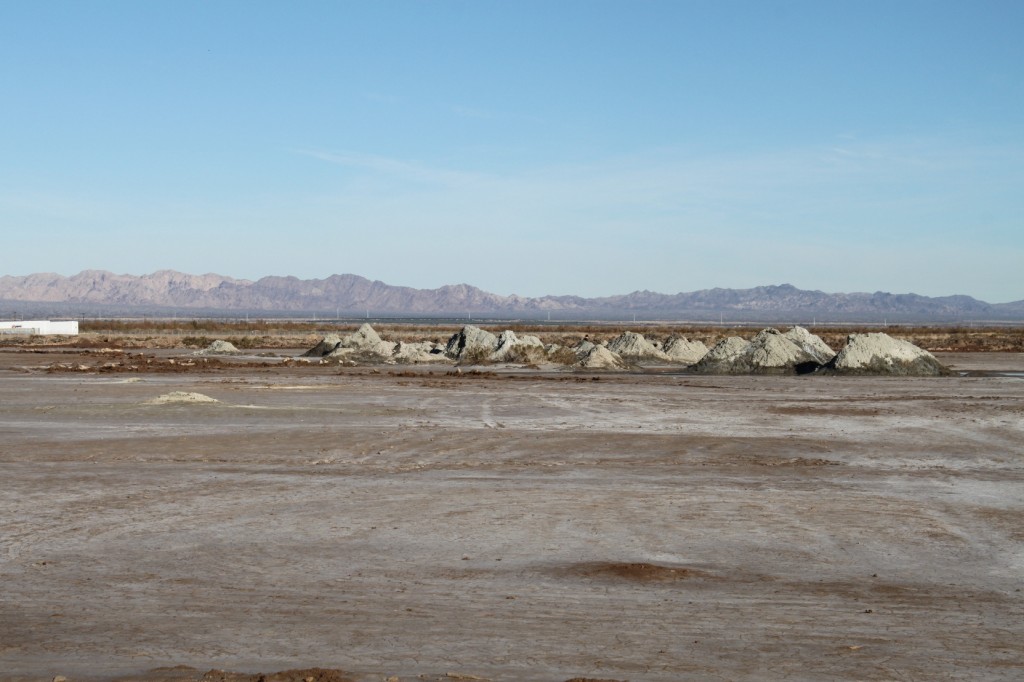 In this corner field, mud pots gurgle and bubble, a sign of the geological activity going on underneath. 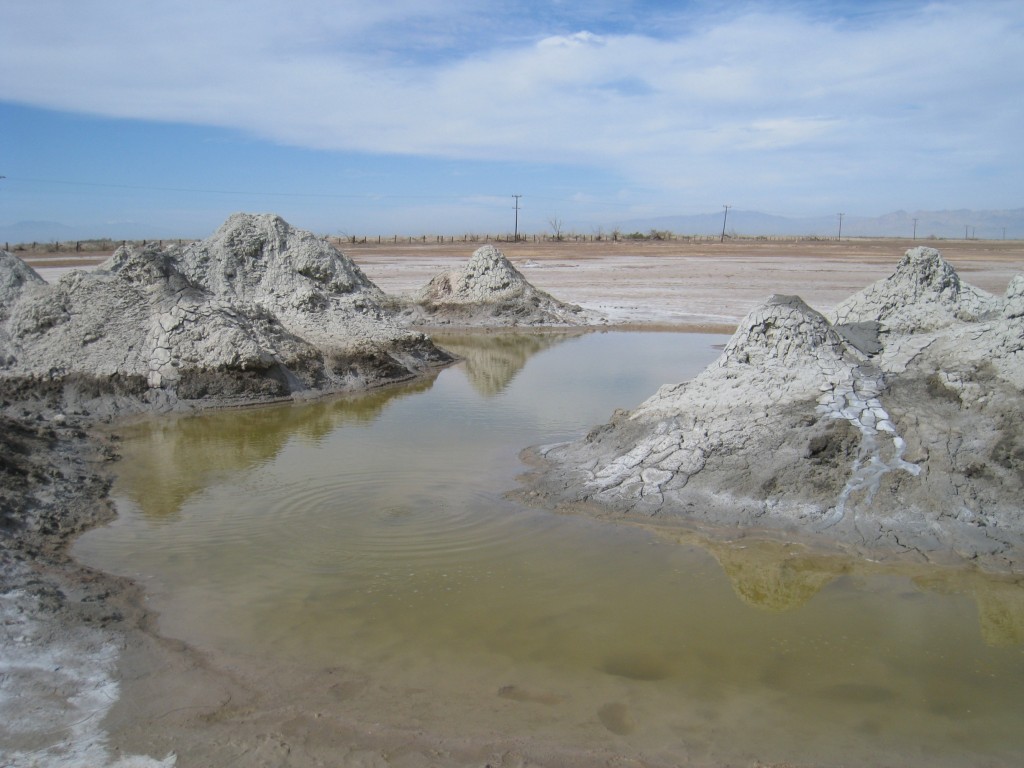 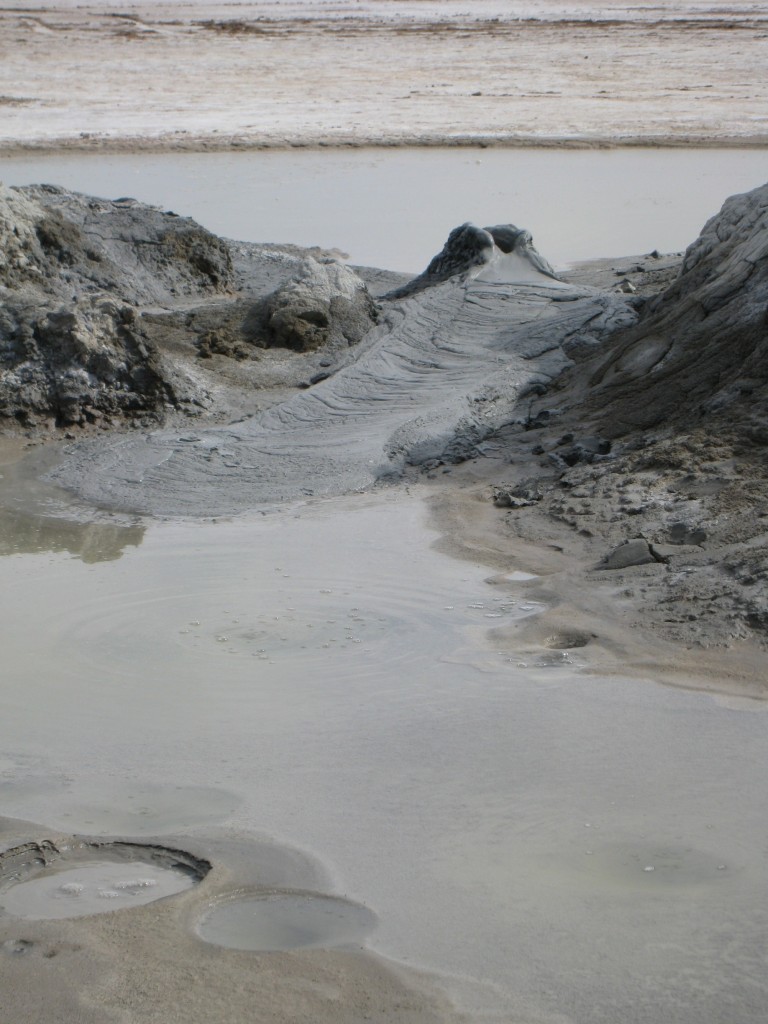 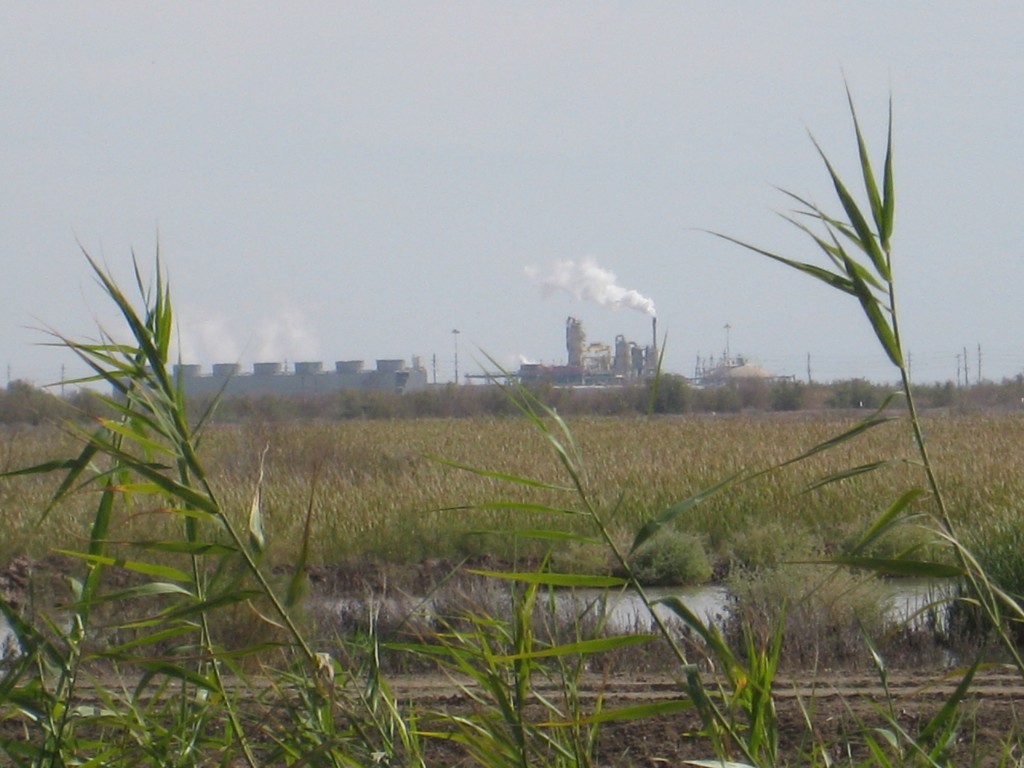 Water and carbon dioxide bubble out of the ground from subsurface hot springs.  The source of the carbon dioxide is the limestone detritus washed down from the Colorado Plateau, deposited by the ancient Colorado River.  The CO2 here is so plentiful, it was once harvested to make dry ice. 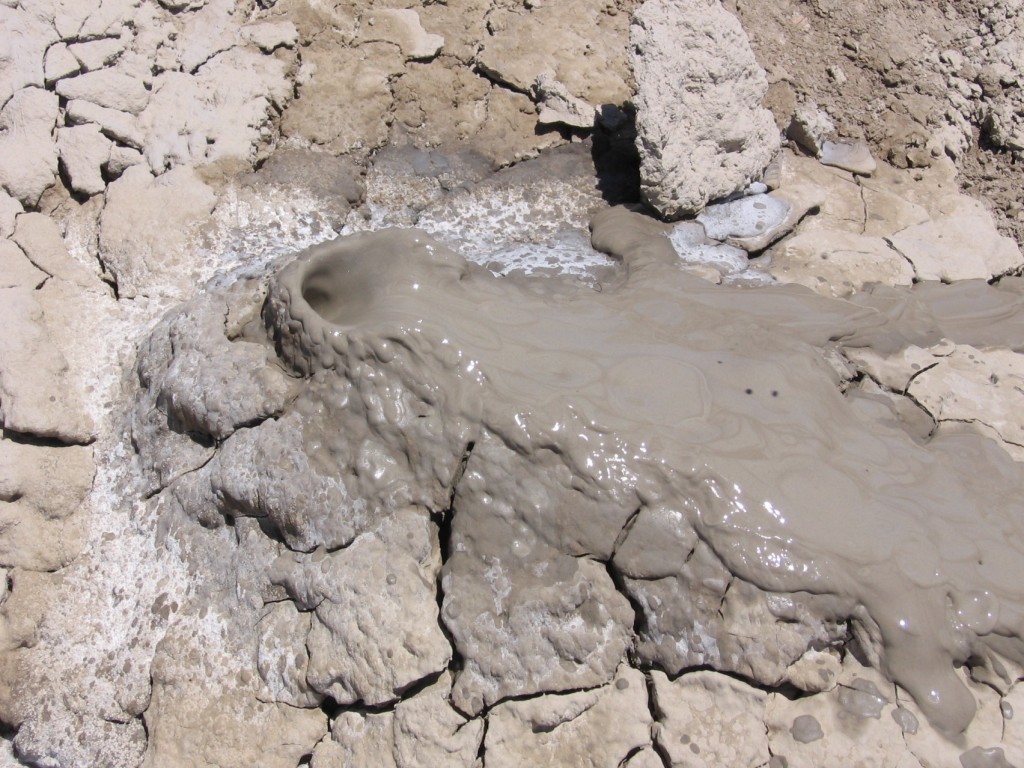 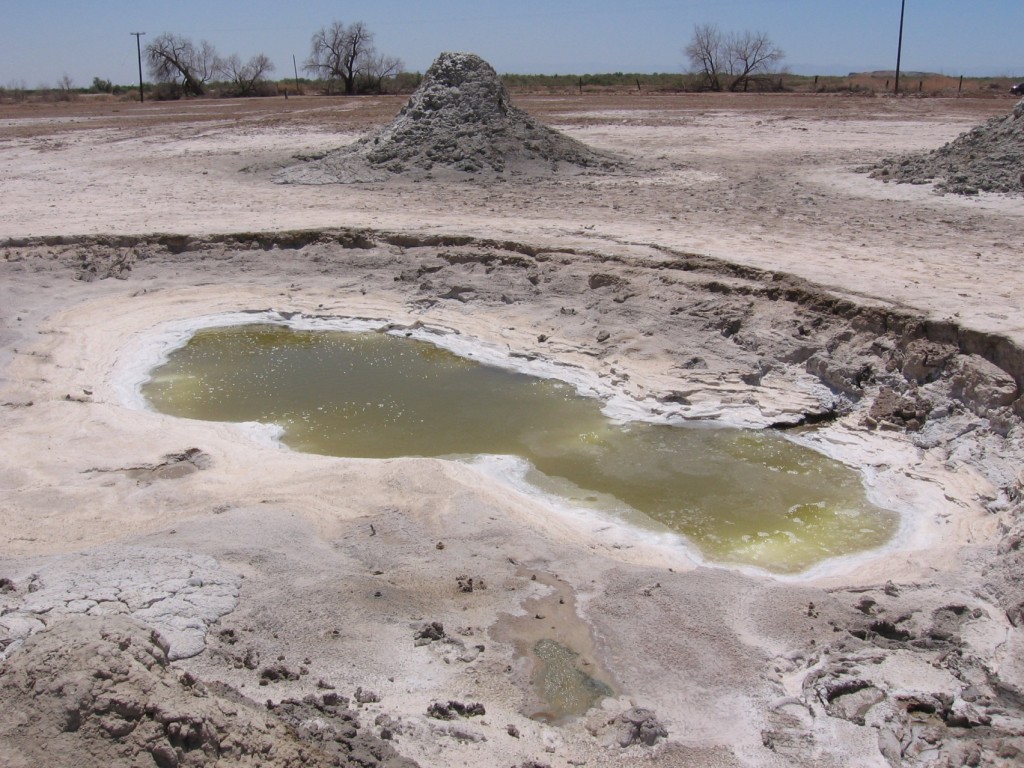 These mud volcanoes and pots are located in the Brawley Seismic Zone, an area 25 miles long that extends from Brawley through Calipatria up to Bombay Beach. 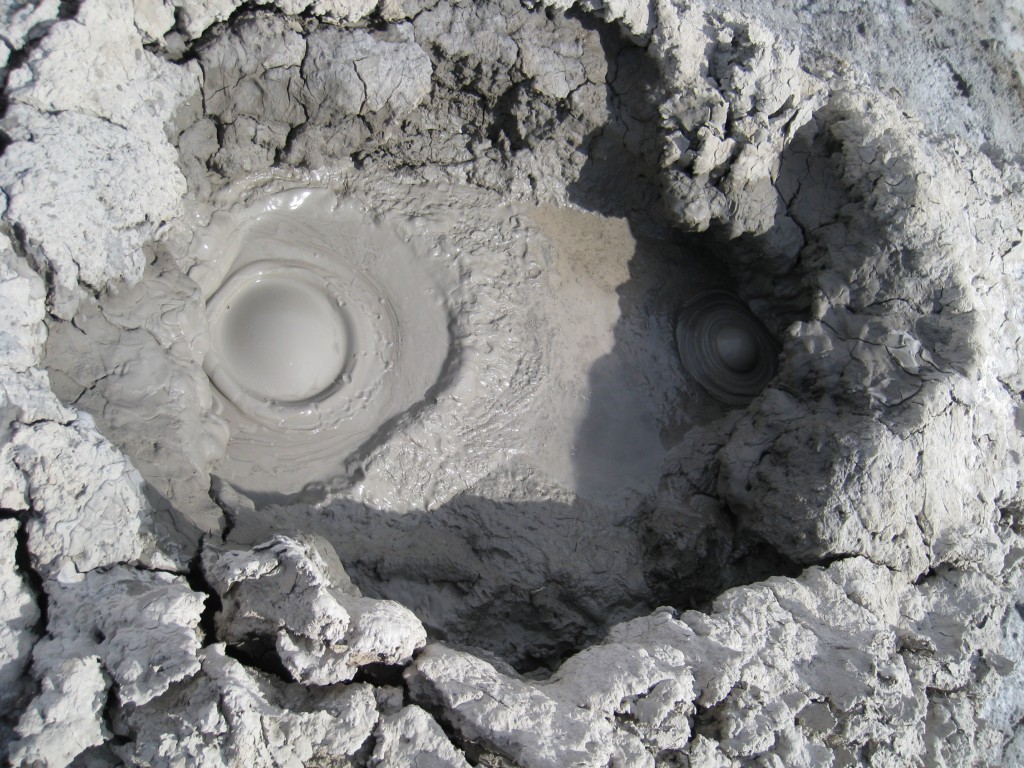 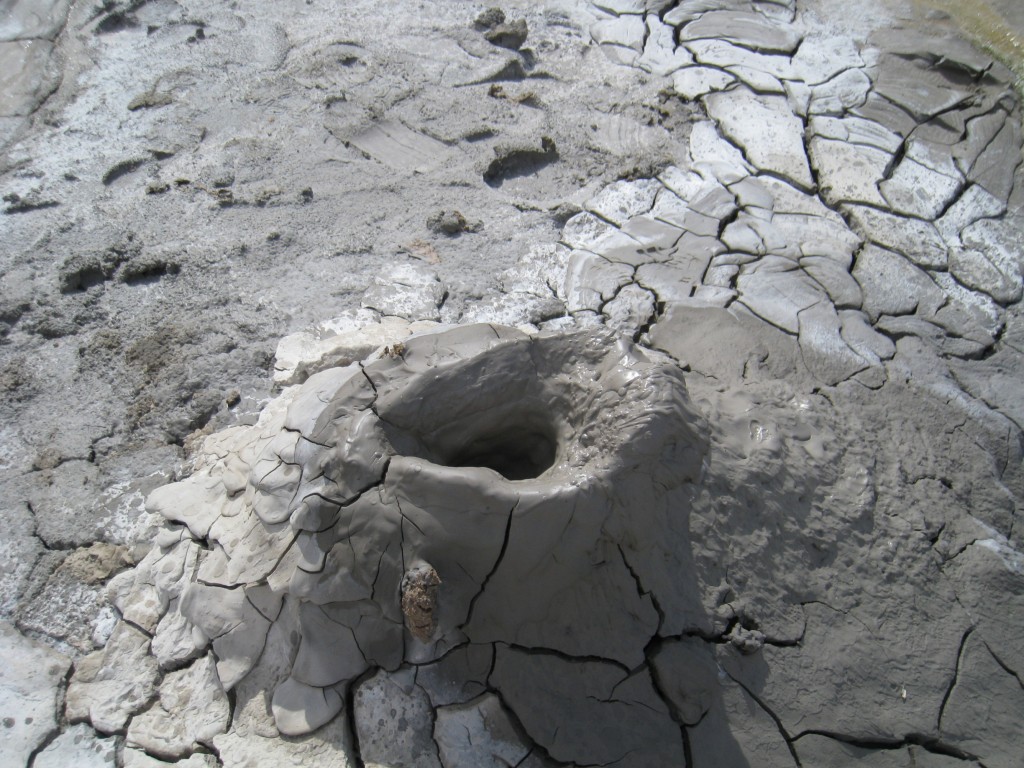 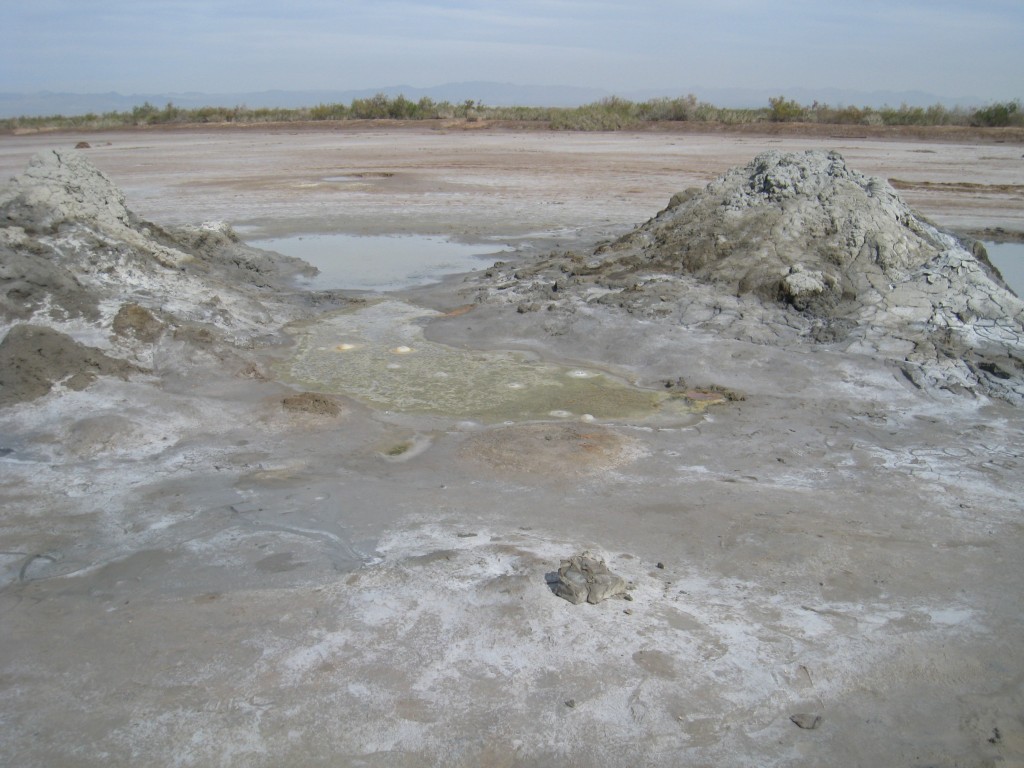 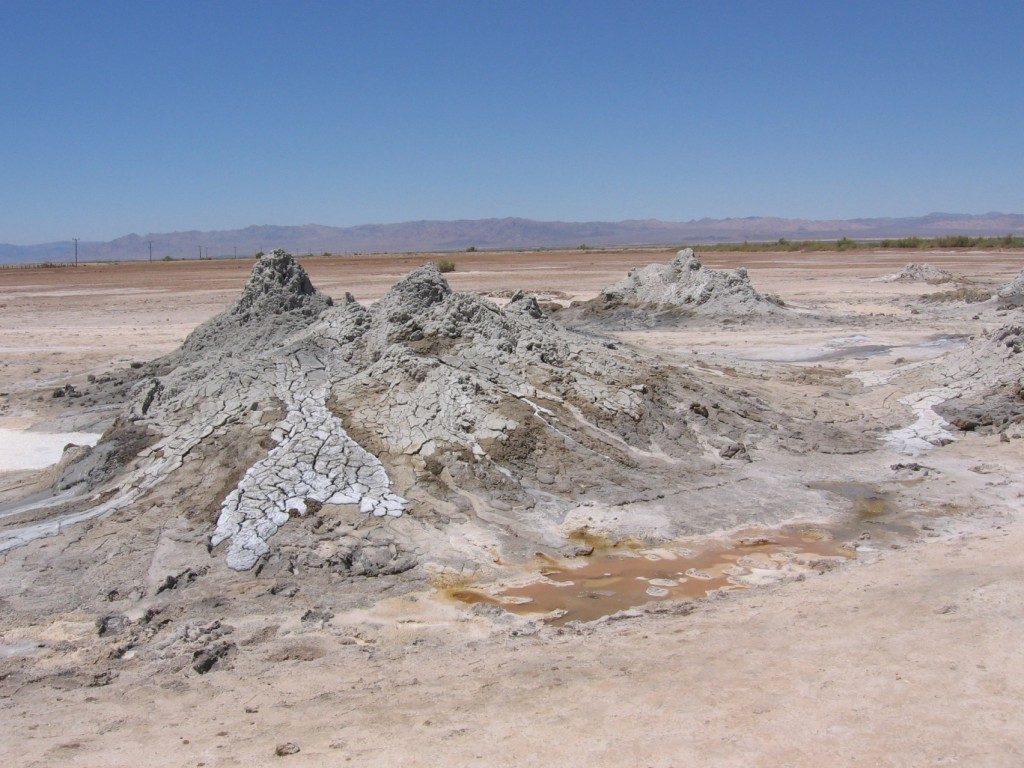 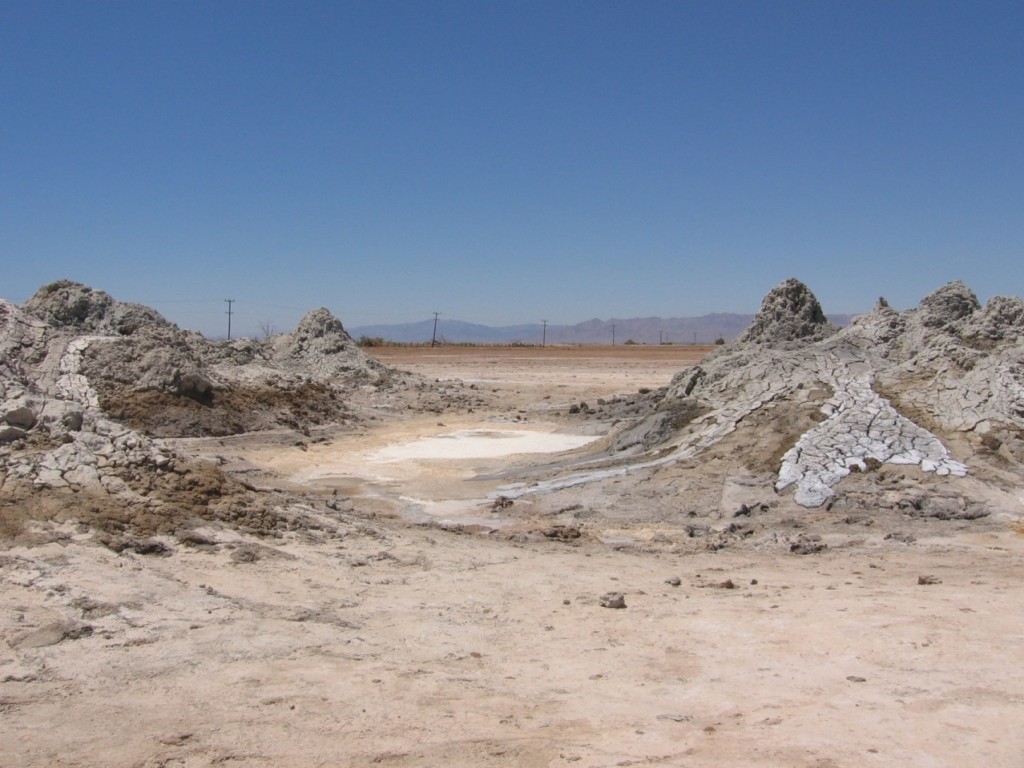 The mud volcanoes are always a popular stop for the kids, but do be careful … if they fall in, they won’t get burned (surprisingly, the mud is rather ambient temperature) but the mud is hard to clean and you are a long way away from water … 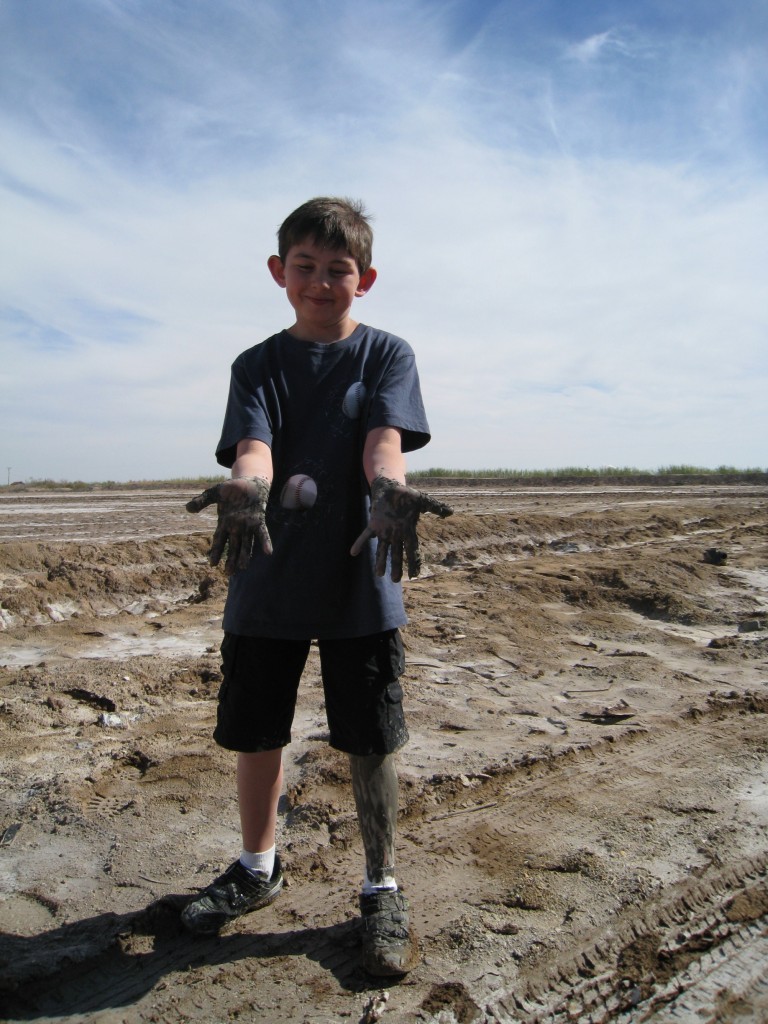 So long from the Salton Sea mud volcanoes! 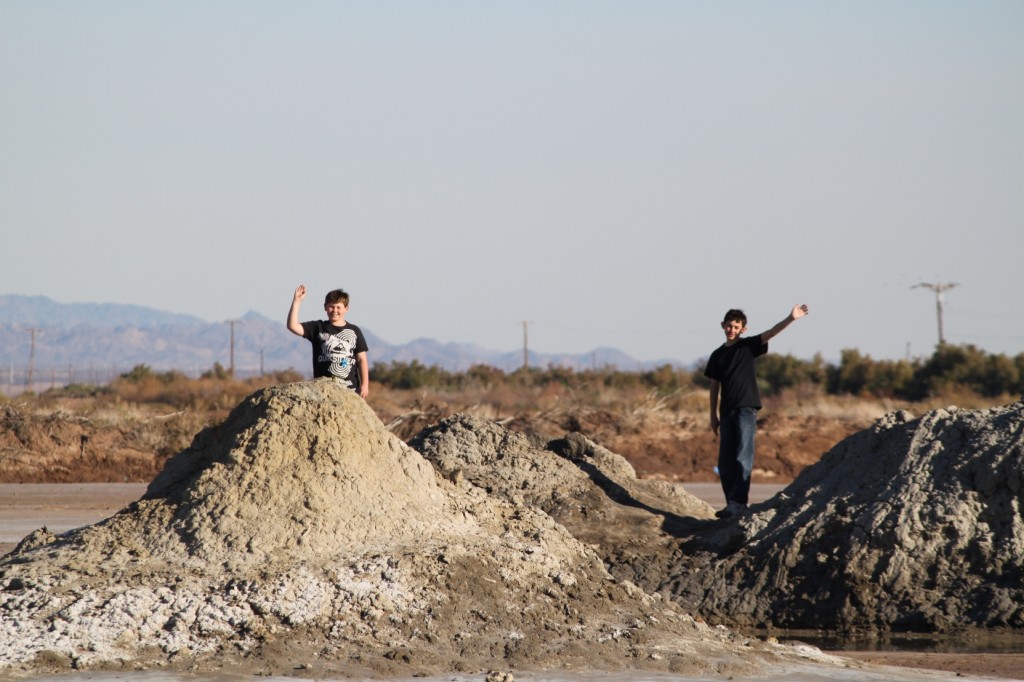 Here’s the Google Map for these mudpots:

2 thoughts on “The mud volcanoes of the Salton Sea”