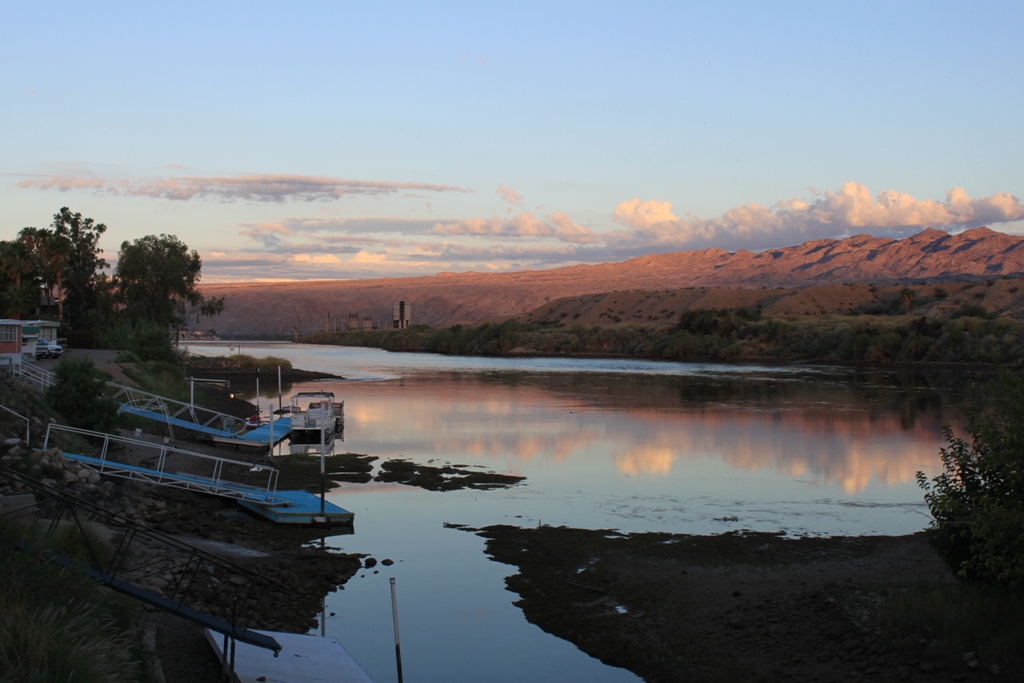 The casinos (the tall buildings) run along the river front, which is obscured in the distance.  The river defines the state line between Nevada and Arizona.  Across the river is Bullhead City, Arizona. 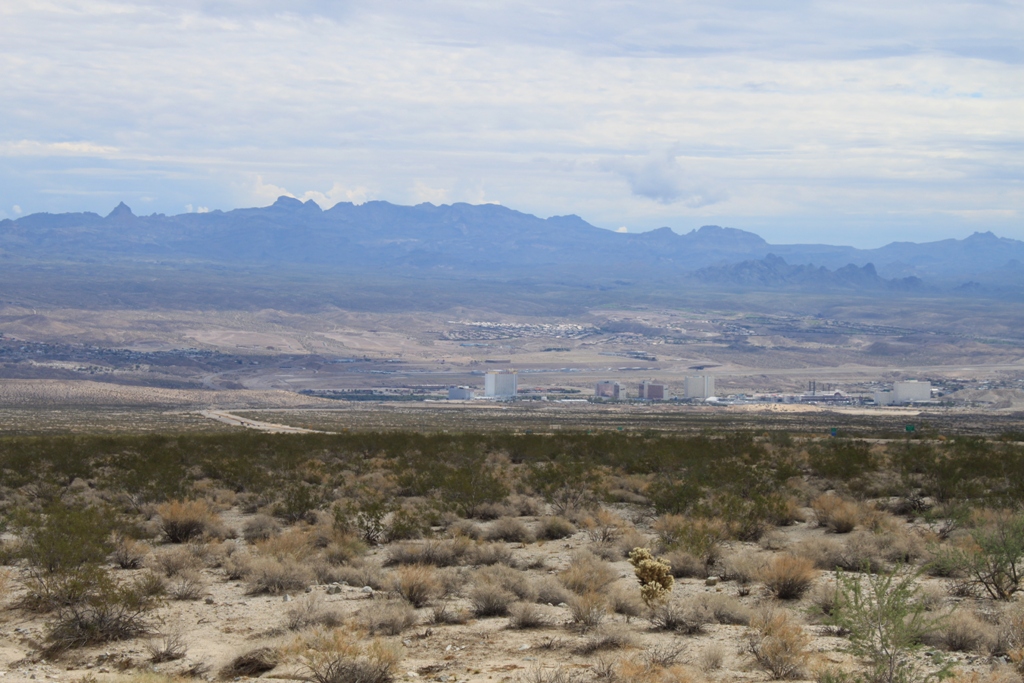 Laughlin is a town that once had a brighter future than fate would eventually allow, and remnants of that are part of the scenery, like this unfinished casino that sits off in the distance … 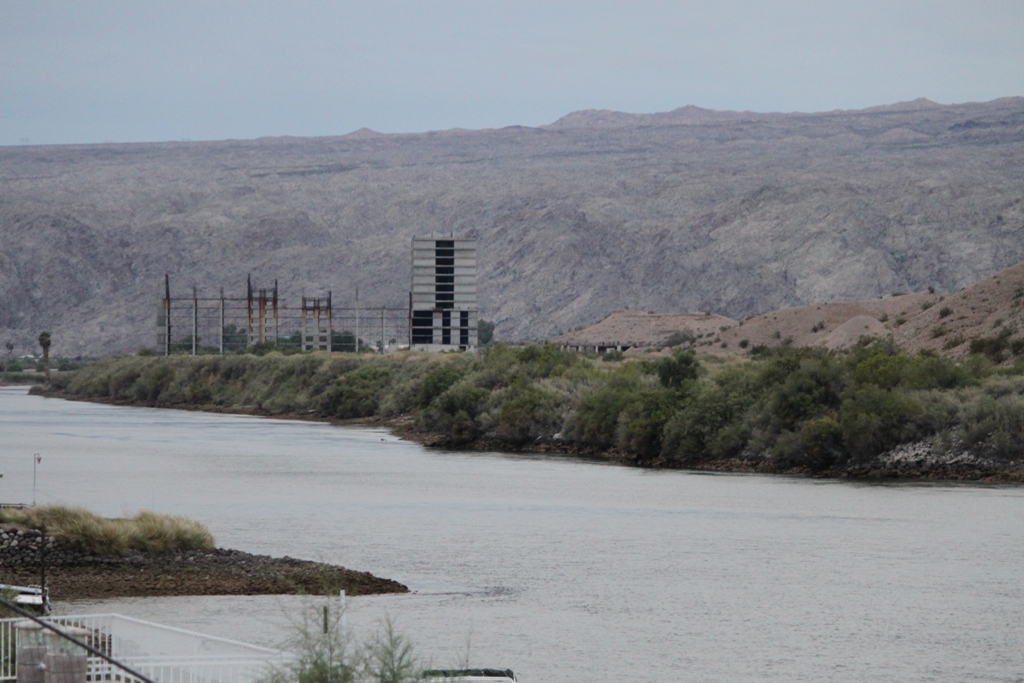 That unfinished hotel casino is surrounded by a dead golf course, another sign of better days gone by. 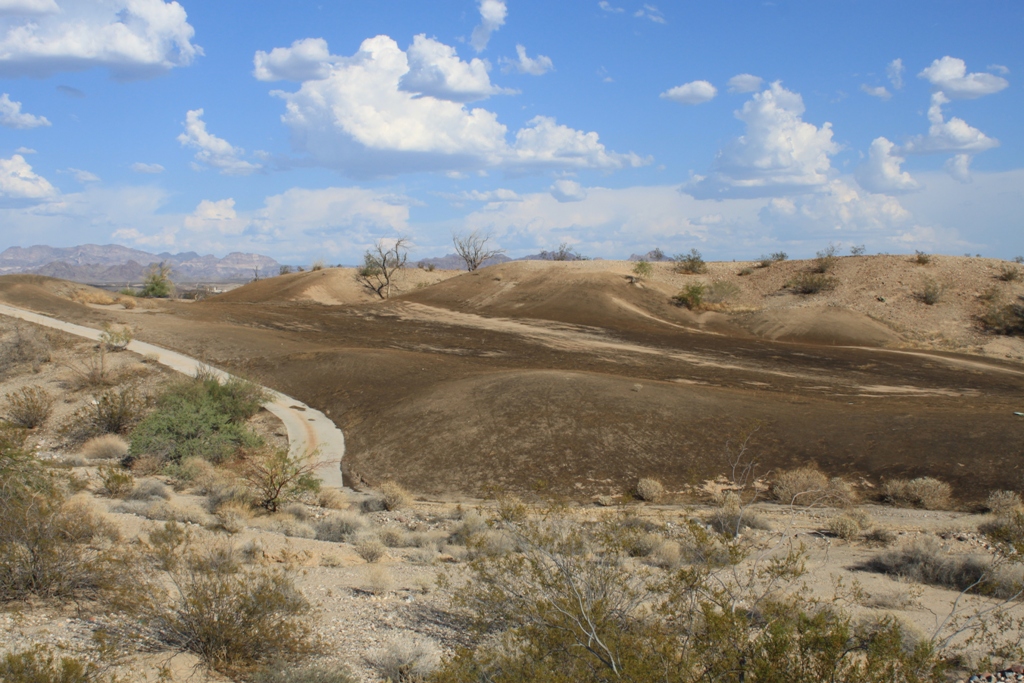 Now that hotel is on the outskirts of town.  Downtown Laughlin, a different story.  The casino district in downtown Laughlin is alive and well, and fills up every weekend with tourists. 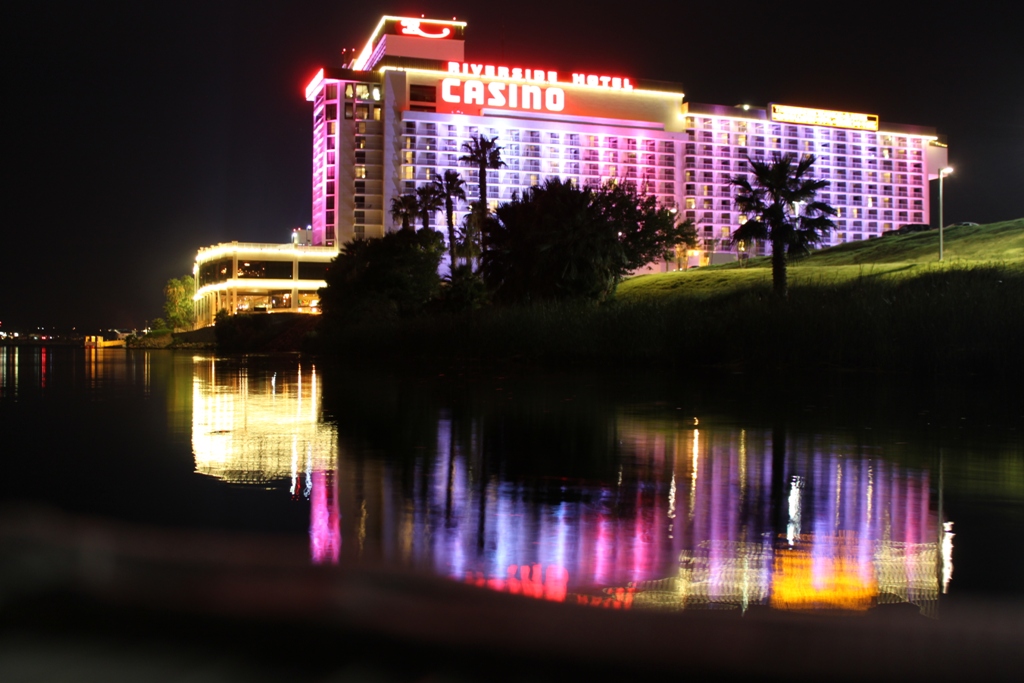 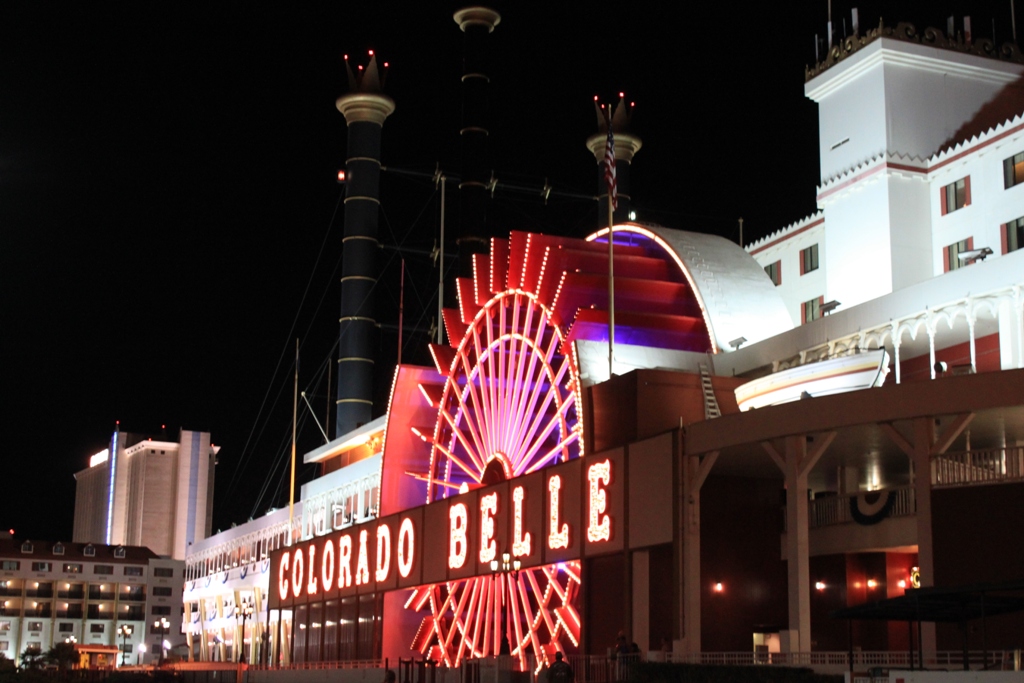 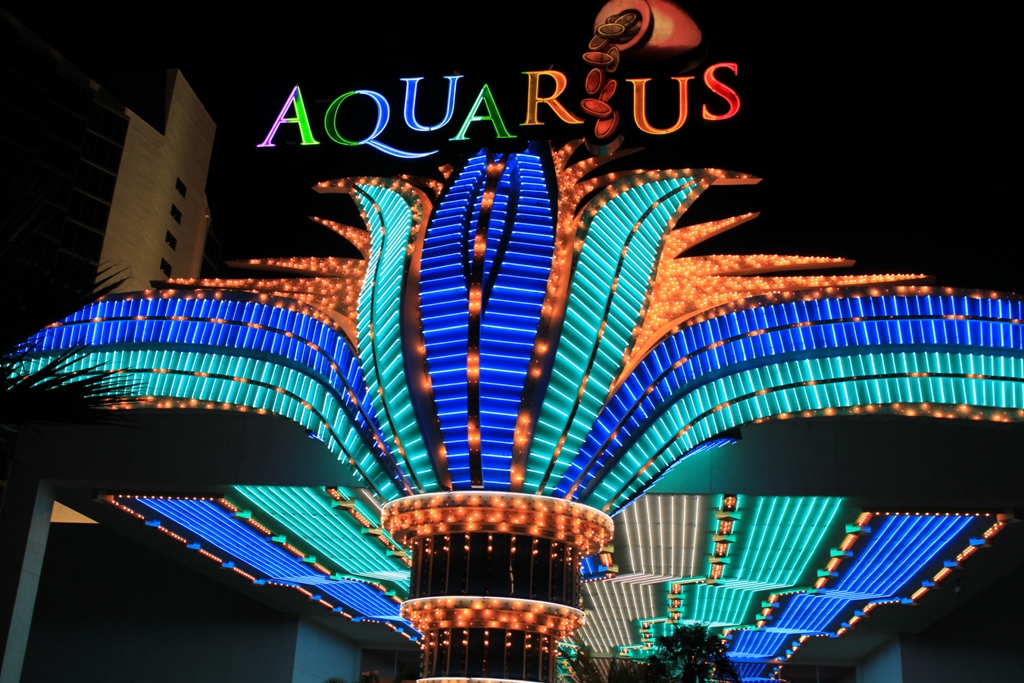 During the day, there’s a water taxi you can take to the different casinos at the river’s edge, and the river is alive with boats and jet skiers on the river, and plenty of water activities. 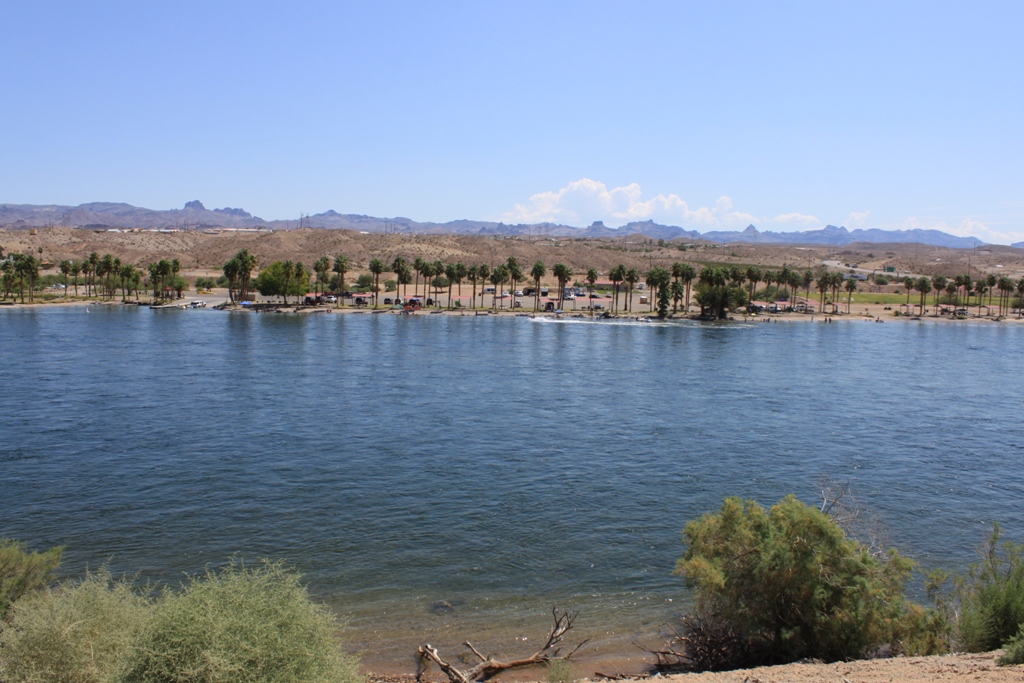 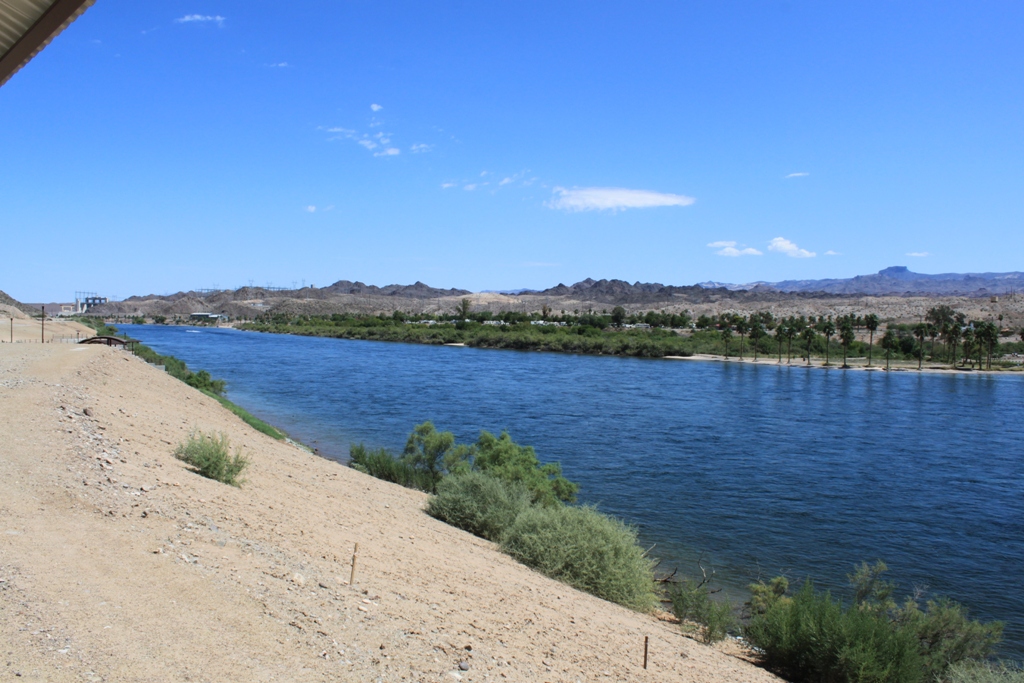 Our hotel, us being highly cost-conscious, was actually across the river in Bullhead City.  Billed as having river views, the hotel (although it was no resort) was indeed located next to the water.  A walk through a dirt lot where a house once was, and down to an abandoned overlook did indeed give you a river view.  Despite the less than glamorous surroundings, I enjoyed strolling down to the river often during my stay, which is how I came to observe this man-made hydrological phenomena.

Now it’s important to note that Laughlin sits right below Davis Dam.  Operated by the Bureau of Reclamation, Davis Dam forms Lake Mojave, but it’s real purpose is to regulate releases from Hoover Dam.  And to produce hydropower. 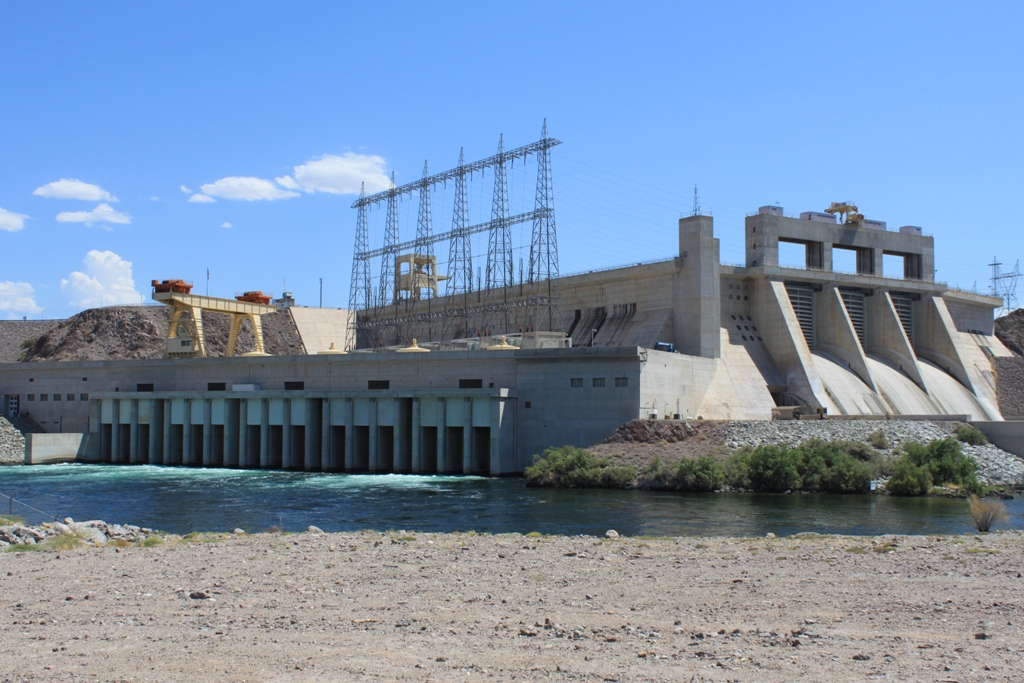 On my first morning stroll down to the dirt lot overlooking the Colorado River, I noticed the boats sitting in the mud at their docks, and just figured it was drought on the Colorado River – we hear about that all the time, right?  What a bummer for those who own those boats, I said to myself. 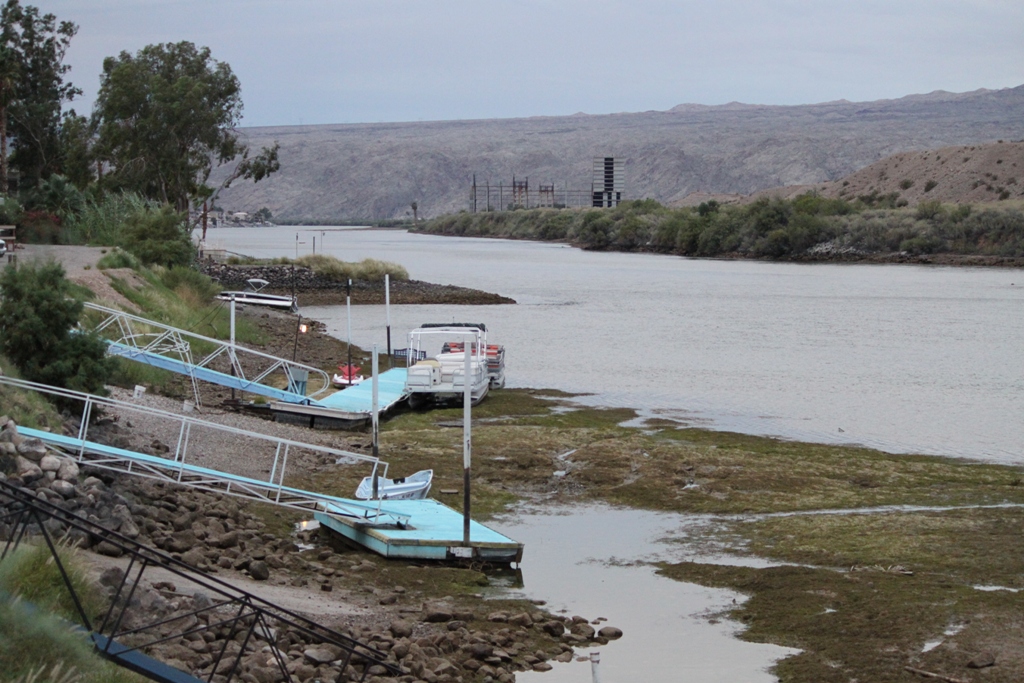 So imagine my surprise when we return from our time out on the river and I stroll back down to the dirt lot overlooking the river … and all those boats now are in plenty of water! 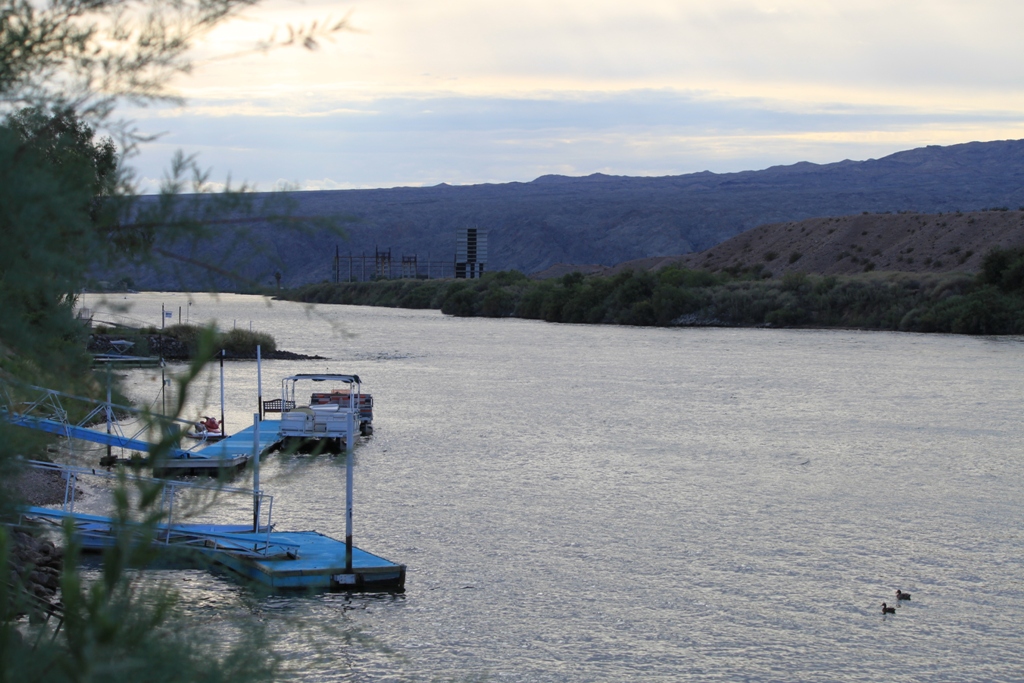 I thought it really quite funny, and chuckled about it all weekend long as if it were my own private hydrological joke.   It reminded me of when I found the box at Owens Lake with a big switch that said “On” and “Off”.  It cracked me up because in a sense it was true – there was no Owens Lake until they turned on the pumps and gizmos that makes the water come out of the emitters and flood over the land to keep the dust down. As it turns out the Colorado River is much the same …

My guess is that the river gets turned on about the same time people in the West start turning on their air conditioners.  Dam operators must have this on a schedule that the residents are all aware of because if you don’t get your boat back in before they turn the river off, you would have a serious problem!  So, looking in the other direction, it’s morning and the river is still “OFF” … 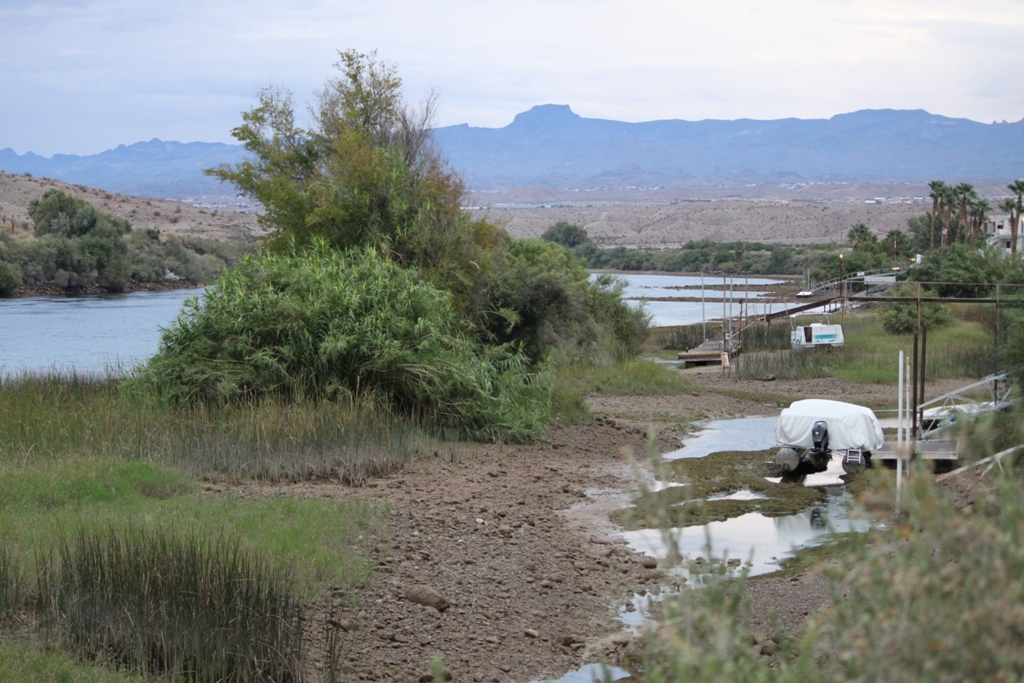 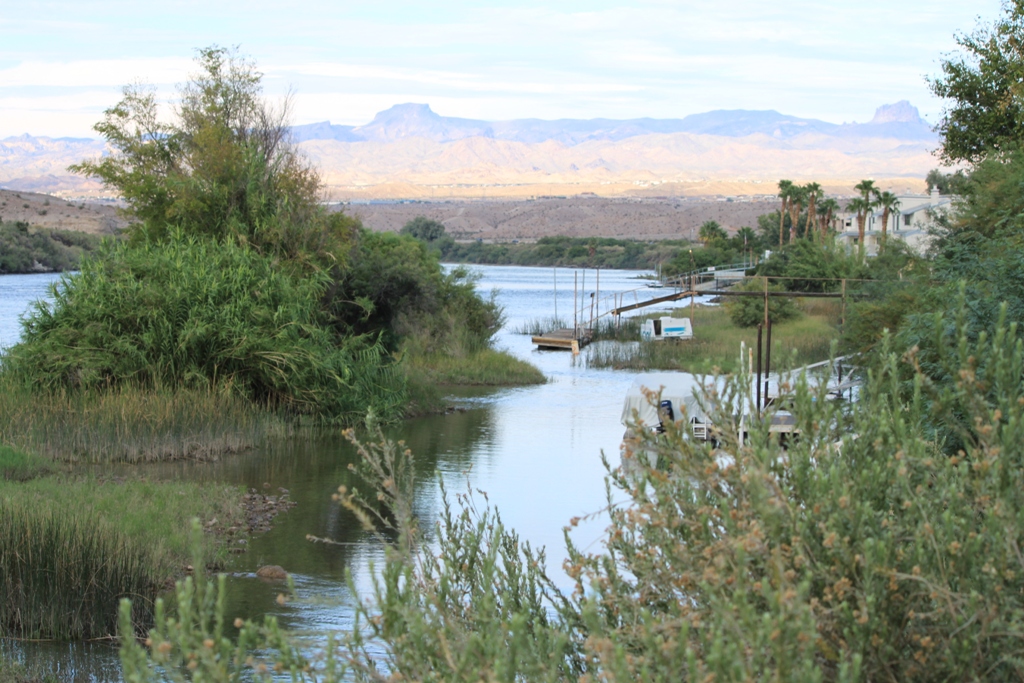 Check out the water line across the river …  (river is OFF)  I’m guessing at least four feet difference … it’s substantial! 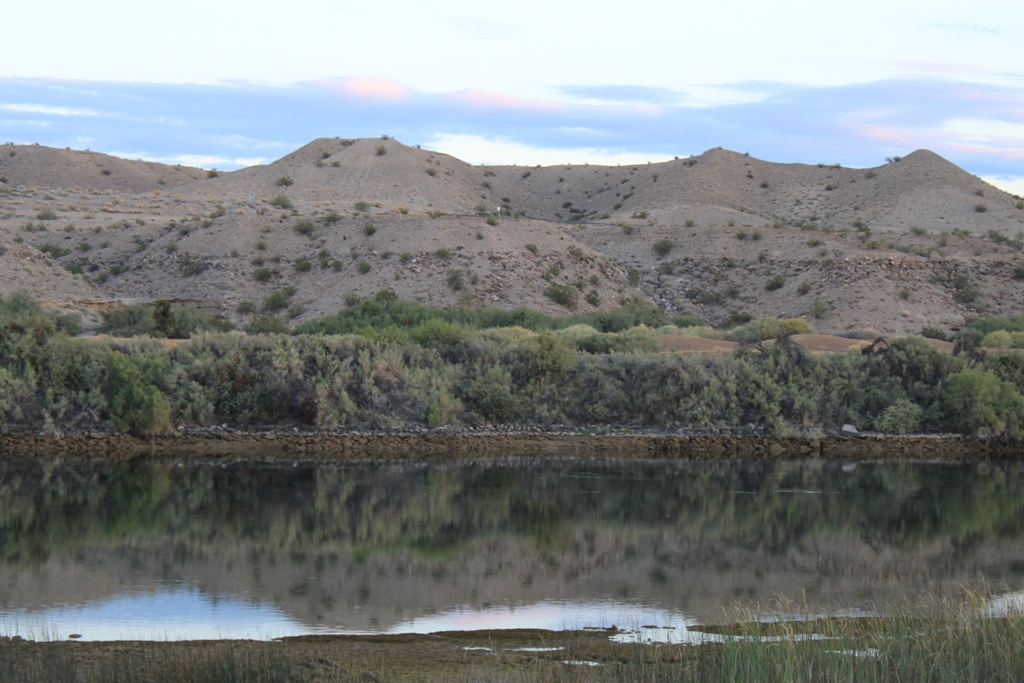 Must be a real bummer if the hydro guys call in sick.

So long from   Bullhead City!

3 thoughts on “The Colorado River at Laughlin: Life along a regulated river”