If you want to see the effects of earthquake faults up close and personal, then among the spots you will want to visit is Painted Canyon, located in the Mecca Hills just east of Indio.  This area is known as the San Andreas Fault Zone due to the numerous faults in close proximity that criss cross the area. 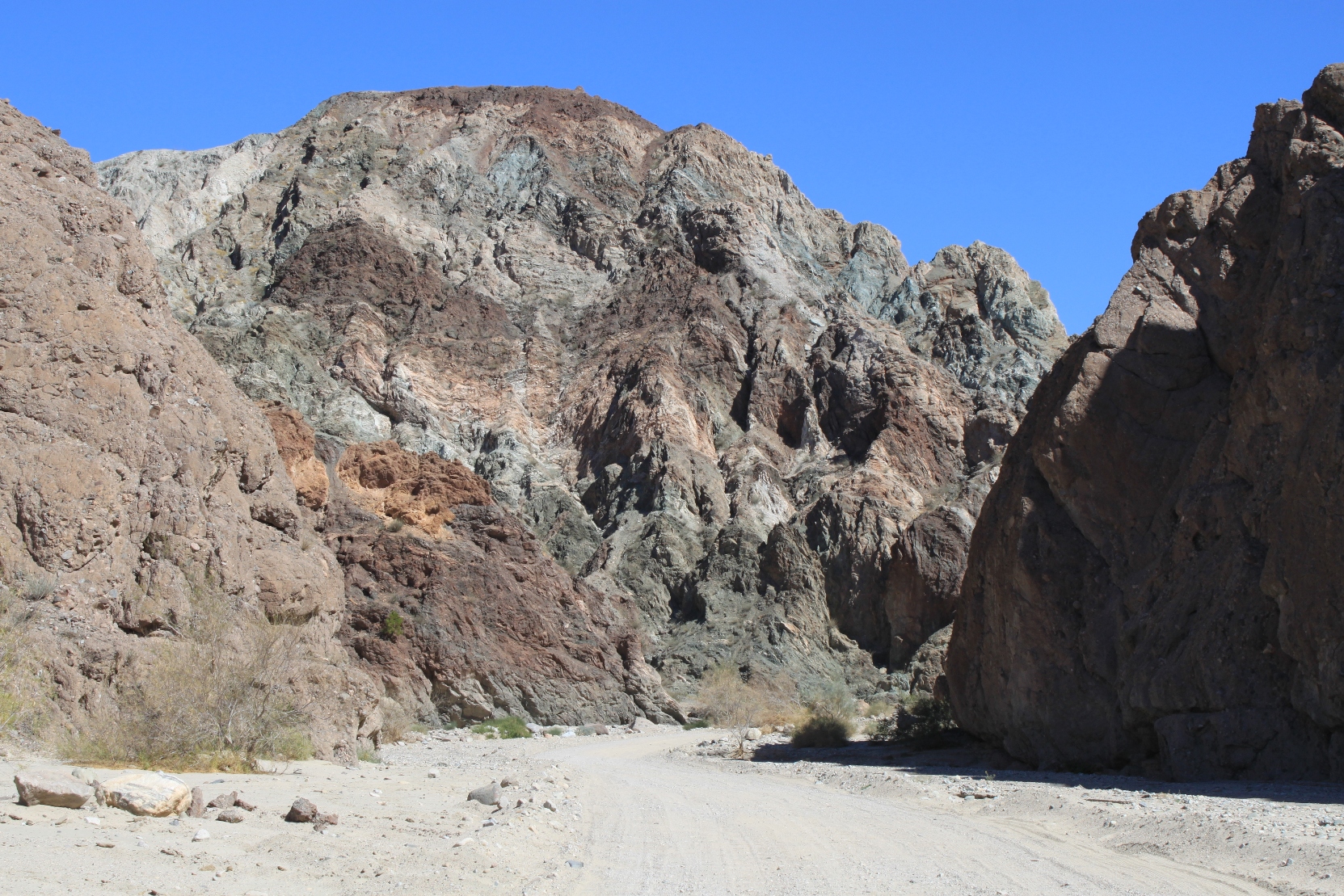 The picture above is the portion that the canyon is named after, but there are so many different rock formations here, it was hard to pick just one picture.  So come along with me and let me show you some of the cool things here in Painted Canyon. 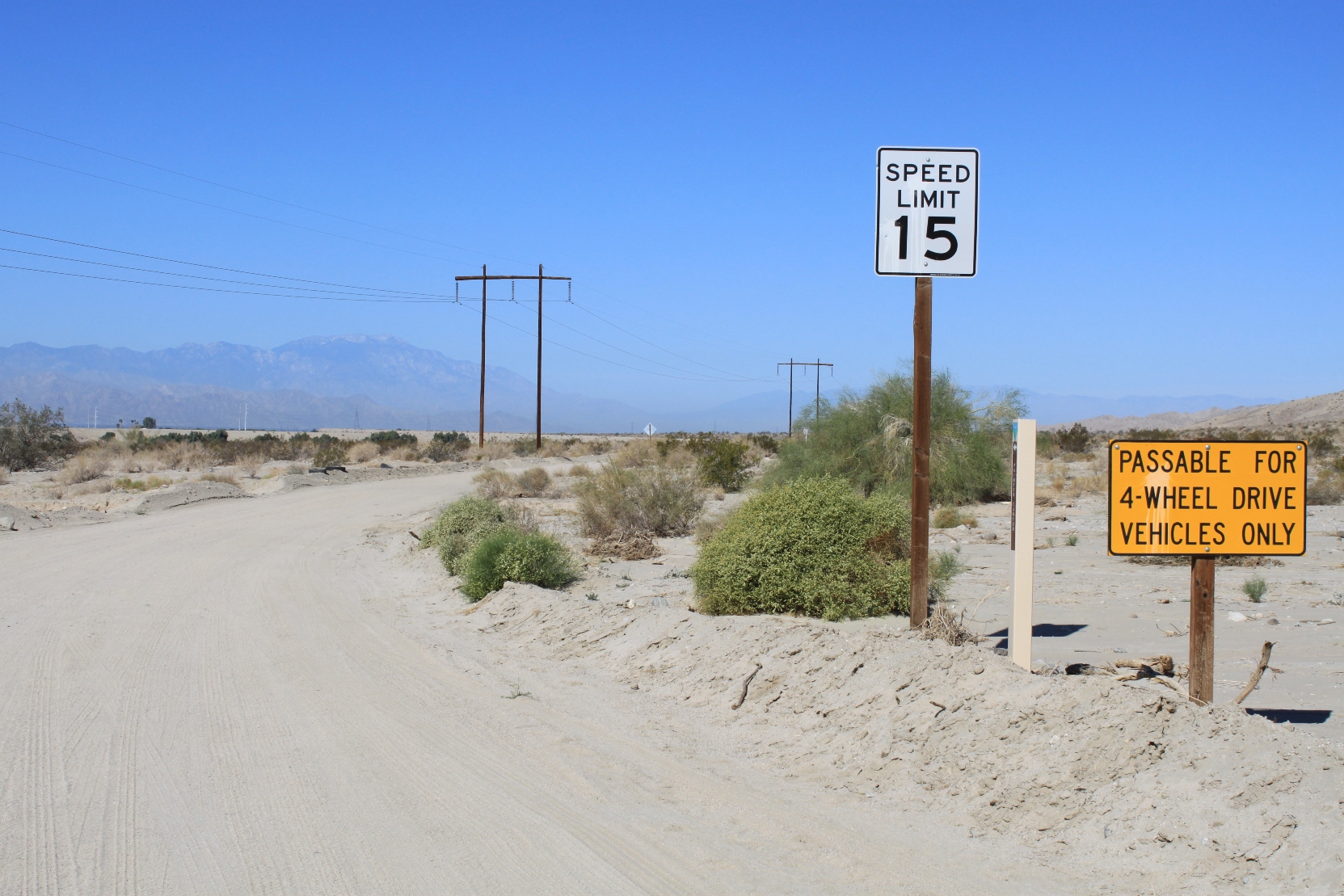 You will find the road to Painted Canyon off of Box Canyon Road, just east of Mecca.  (I’ll embed a map at the end.)  I am once again using my favorite reference book, The Field Guide to the San Andreas Fault, and it assures me that the 4WD thing is an overstatement; regular cars will be okay, so long as it hasn’t rained recently.  We were fine in our desert-tromping vehicle of choice: the fearsome 2WD Ford Escort.  Just drive careful, don’t stop in the sandy washes, keep moving and you’ll be fine. 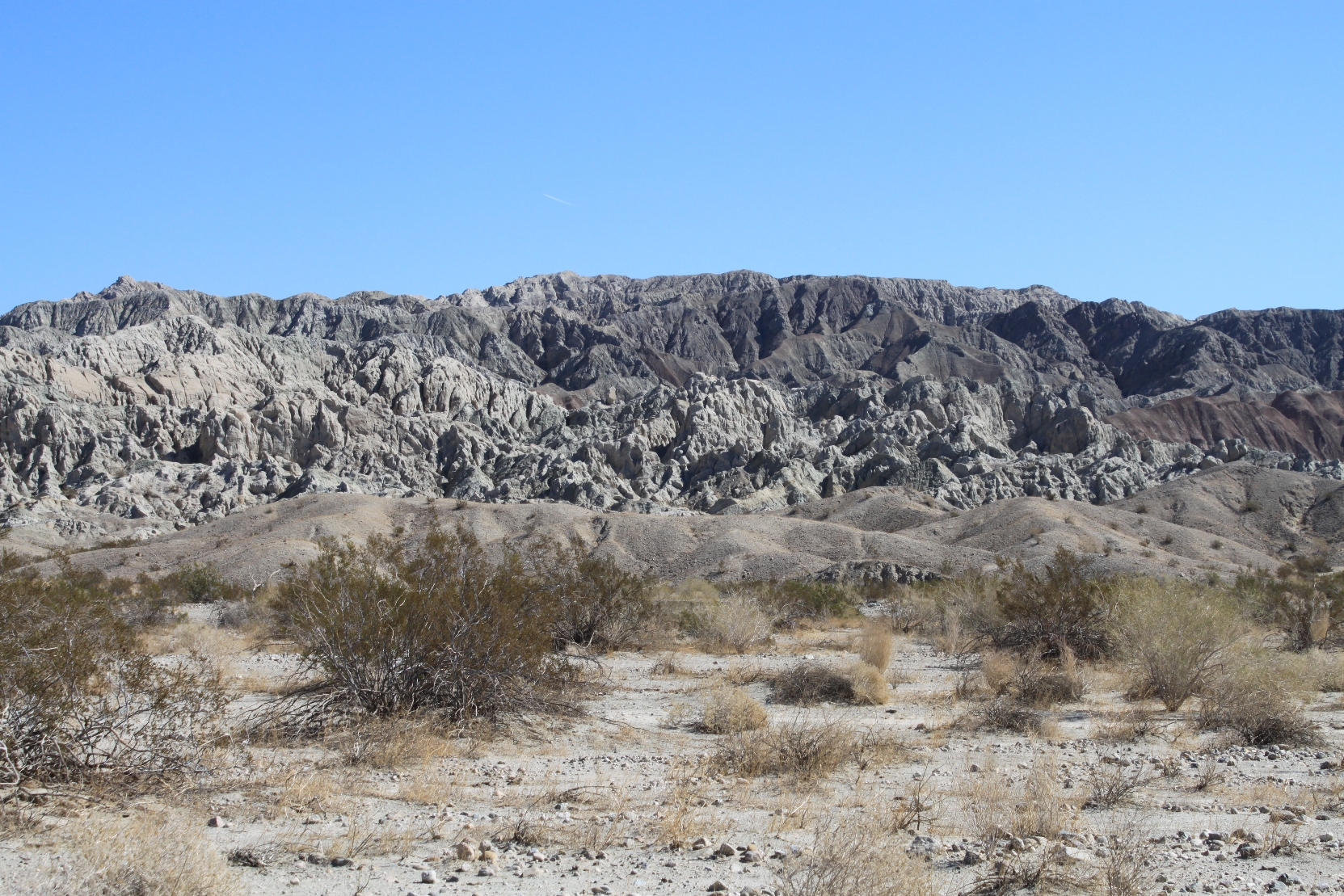 As you travel towards the canyon, you will have the Mecca Hills on your right … 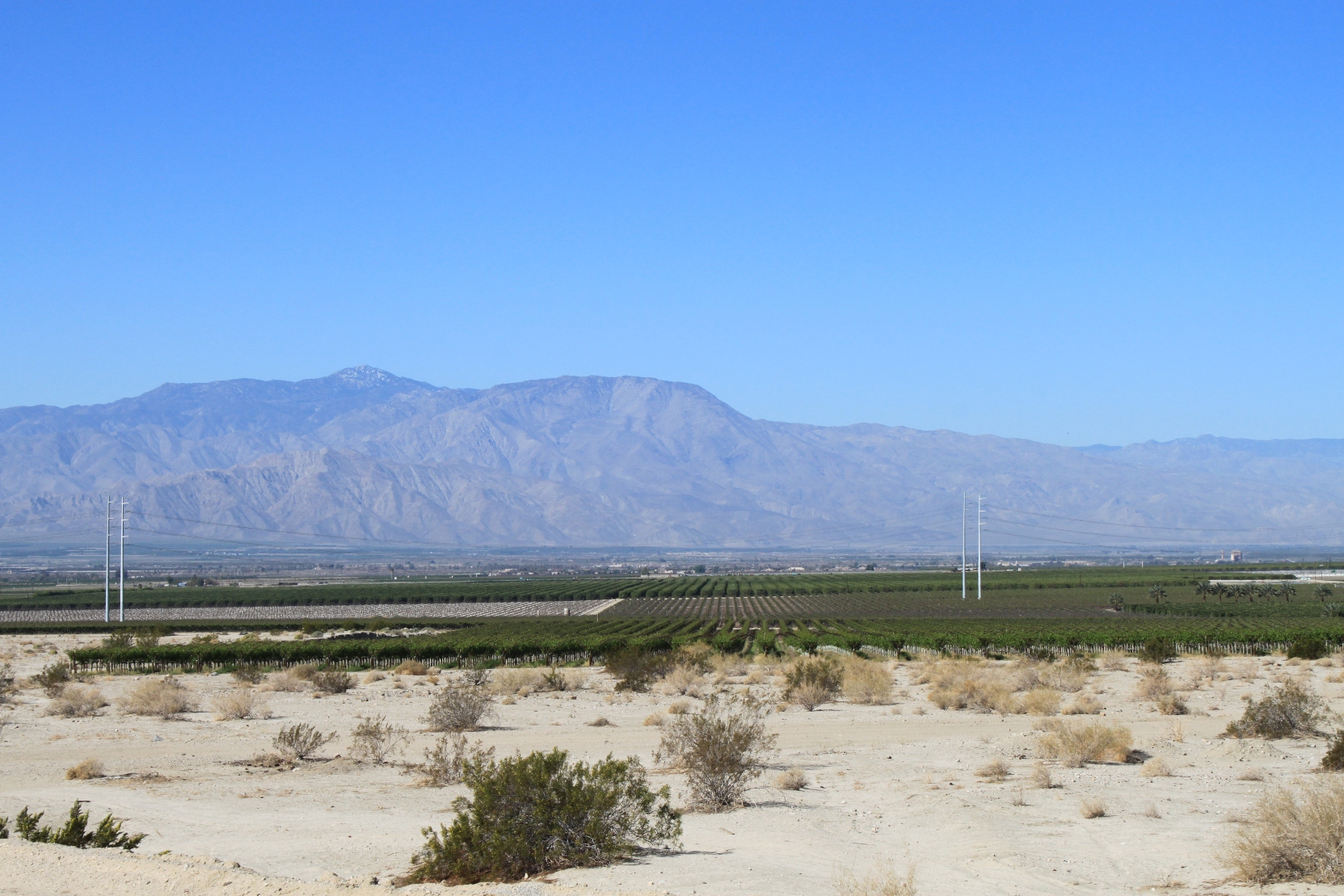 … the Coachella Valley on your left … 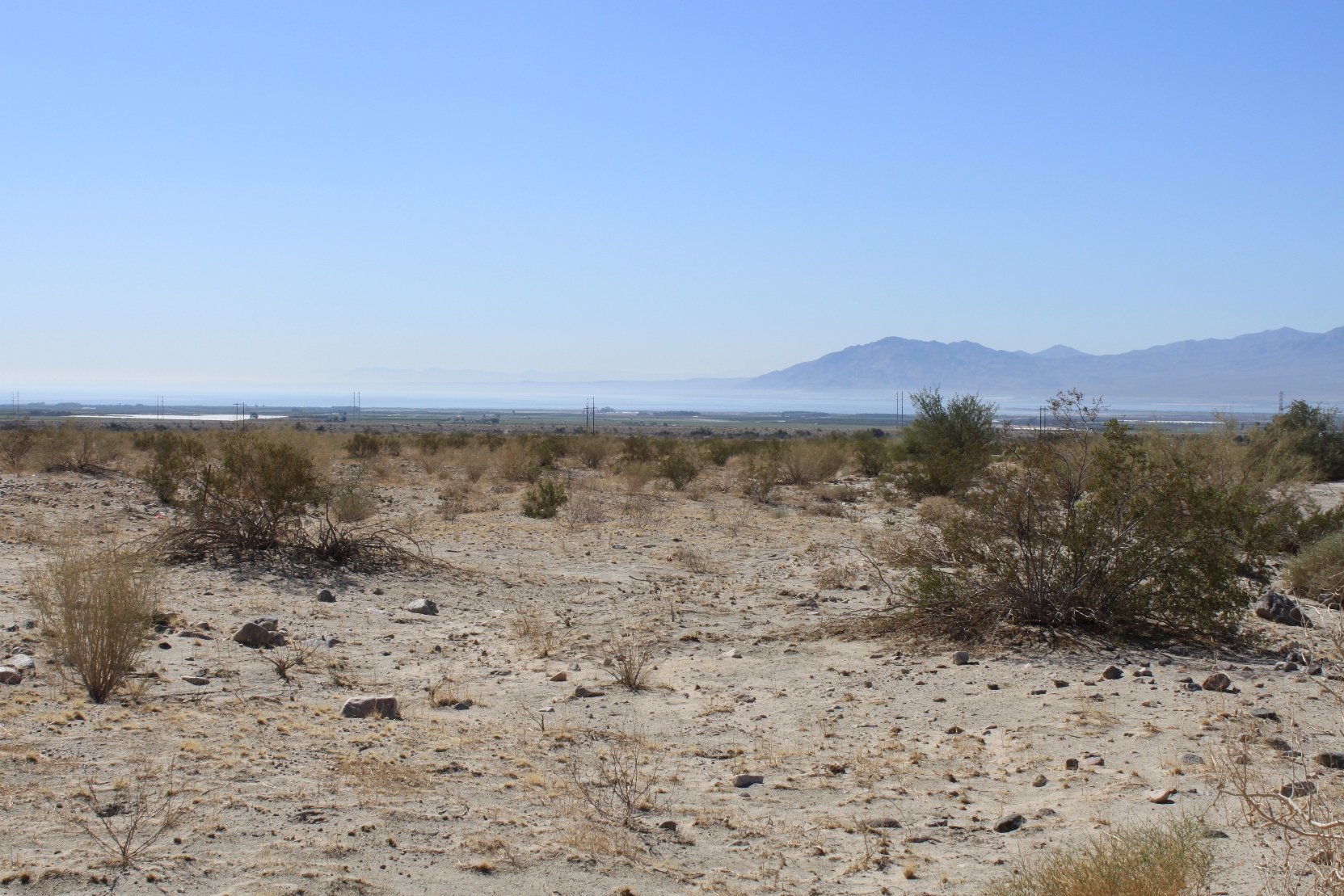 … and the Salton Sea behind you.

Now, for a perspective on the fault structure around here, the Salton Sea is bounded by the San Jacinto Fault to the west and the San Andreas Fault to the east.  The Imperial Valley is a rift valley – one of only a few in the world and the reason why so many geothermal plants are located here.  Here is a map of the area in relation to these geological forces; the star is the approximate location of Painted Canyon: 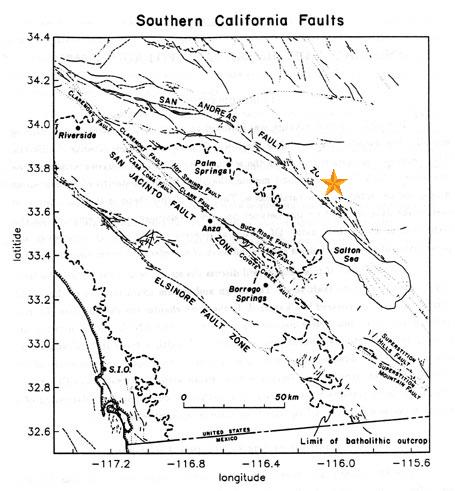 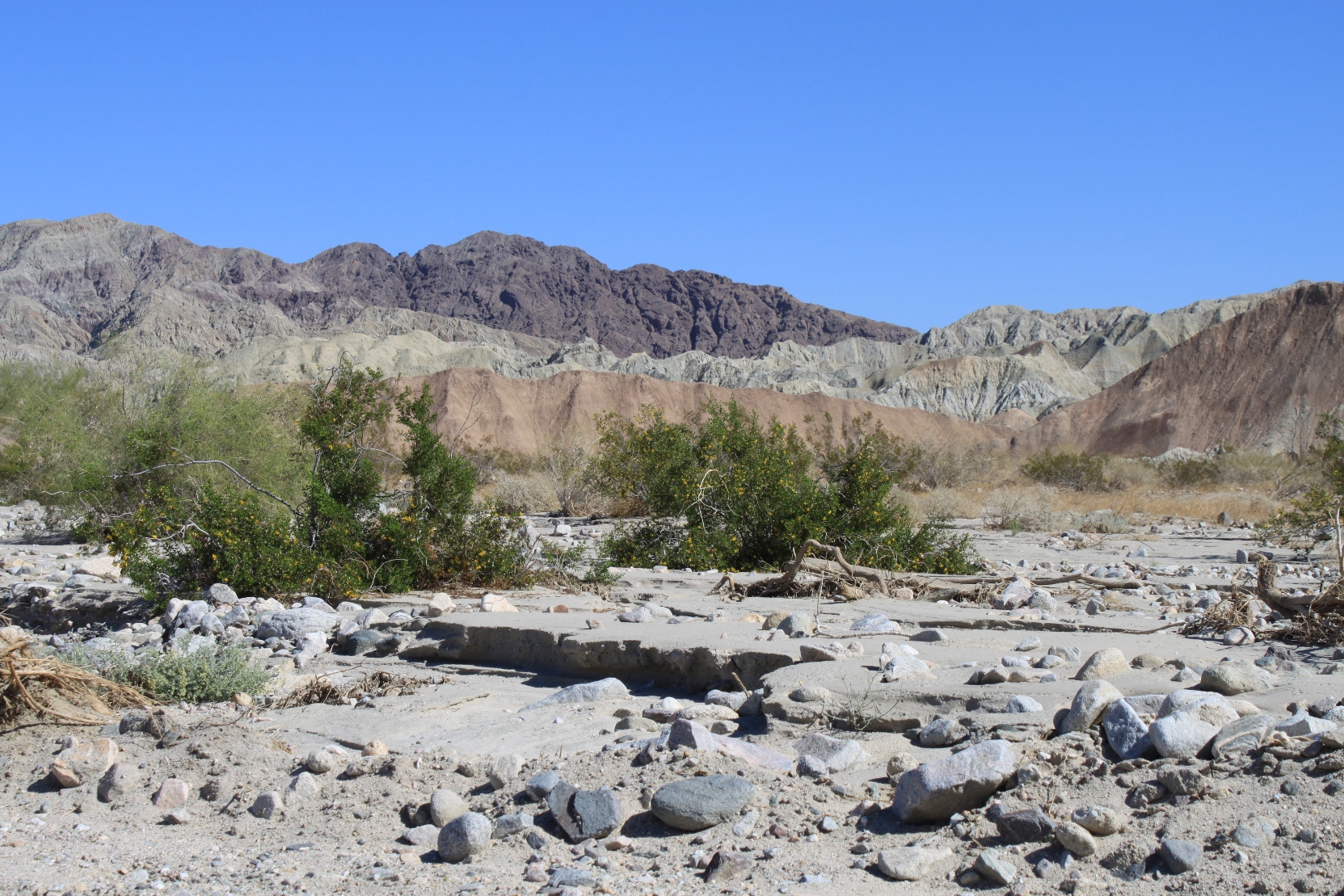 After heading generally north, the road will take a turn to the east to head into the canyon.  These hills of red clay gouge at the entrance to the canyon mark where the San Andreas Fault crosses the road. 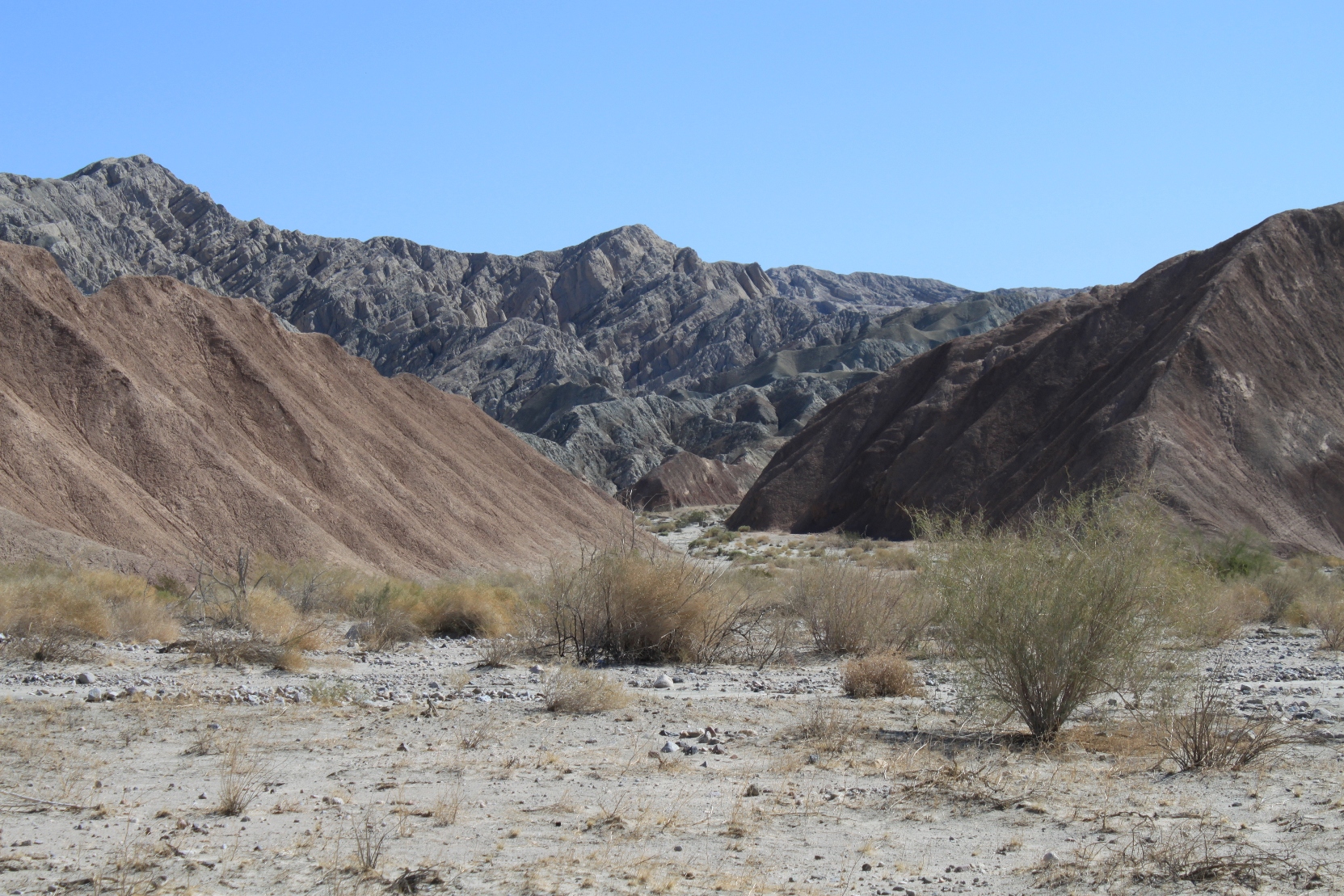 There are several faults crossing Painted Canyon, including the Painted Canyon, Skeleton Canyon and Hidden Springs Faults.  These faults are all affected by movement along the San Andreas Fault. 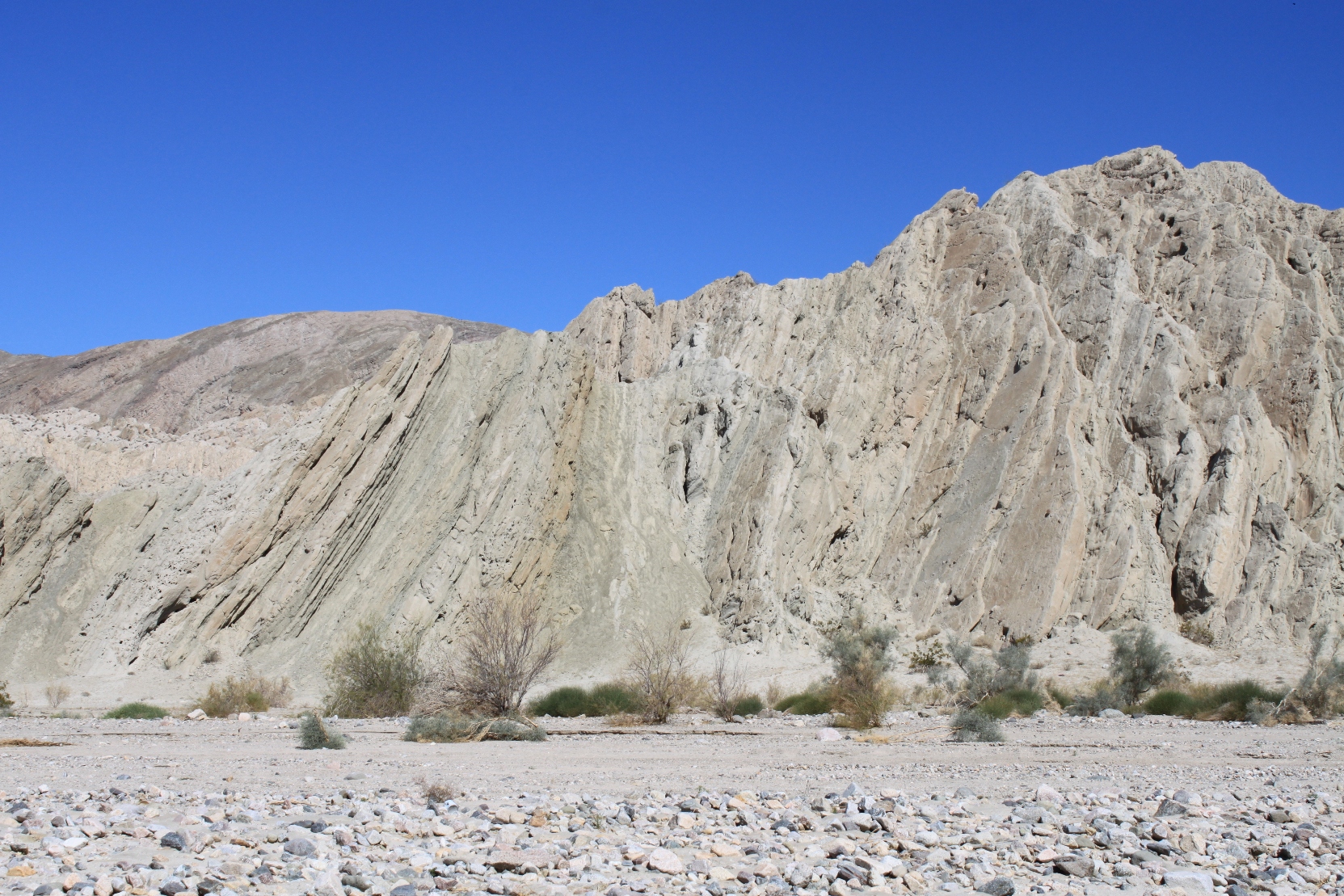 In some places, the rocks have been pushed completely vertical. 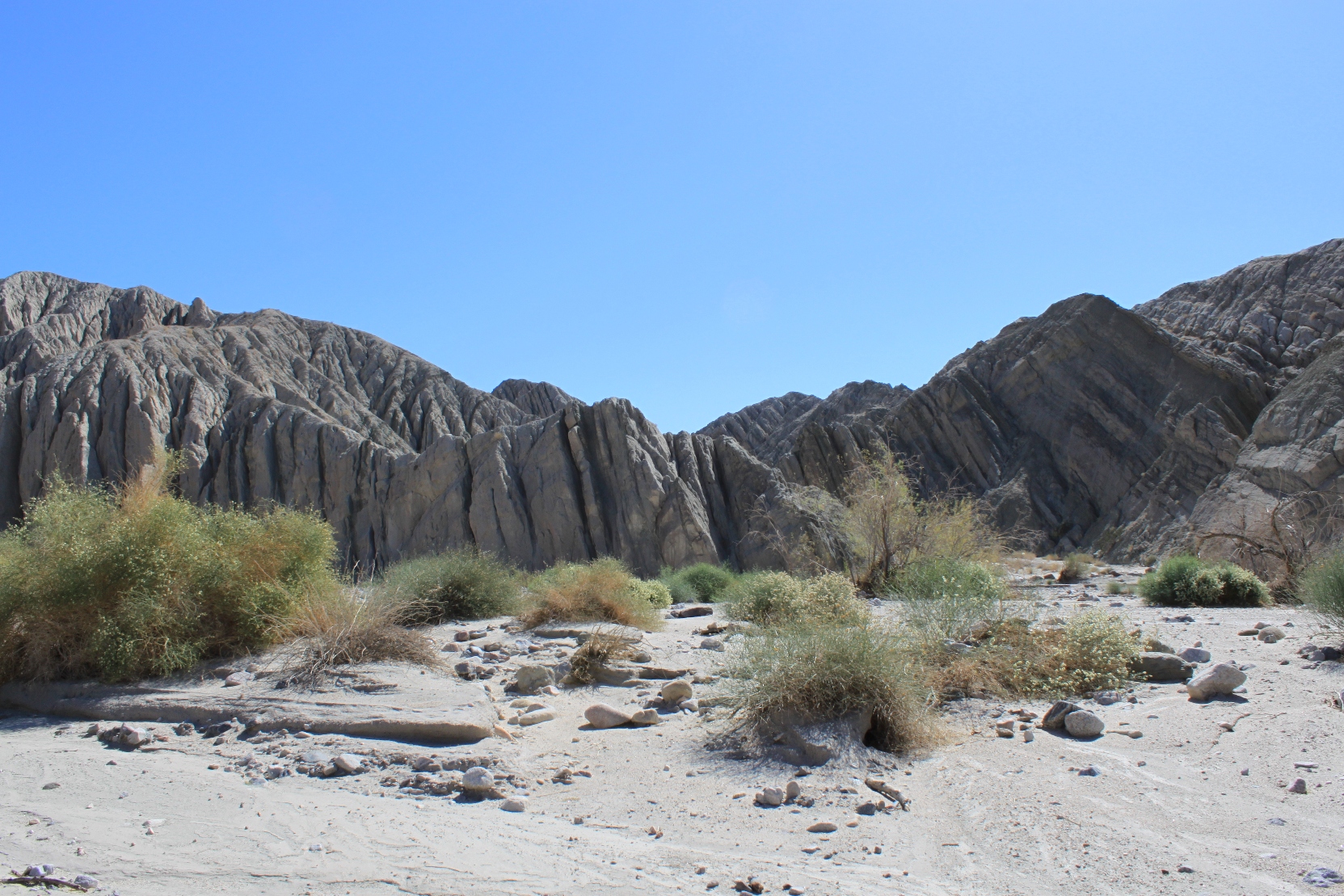 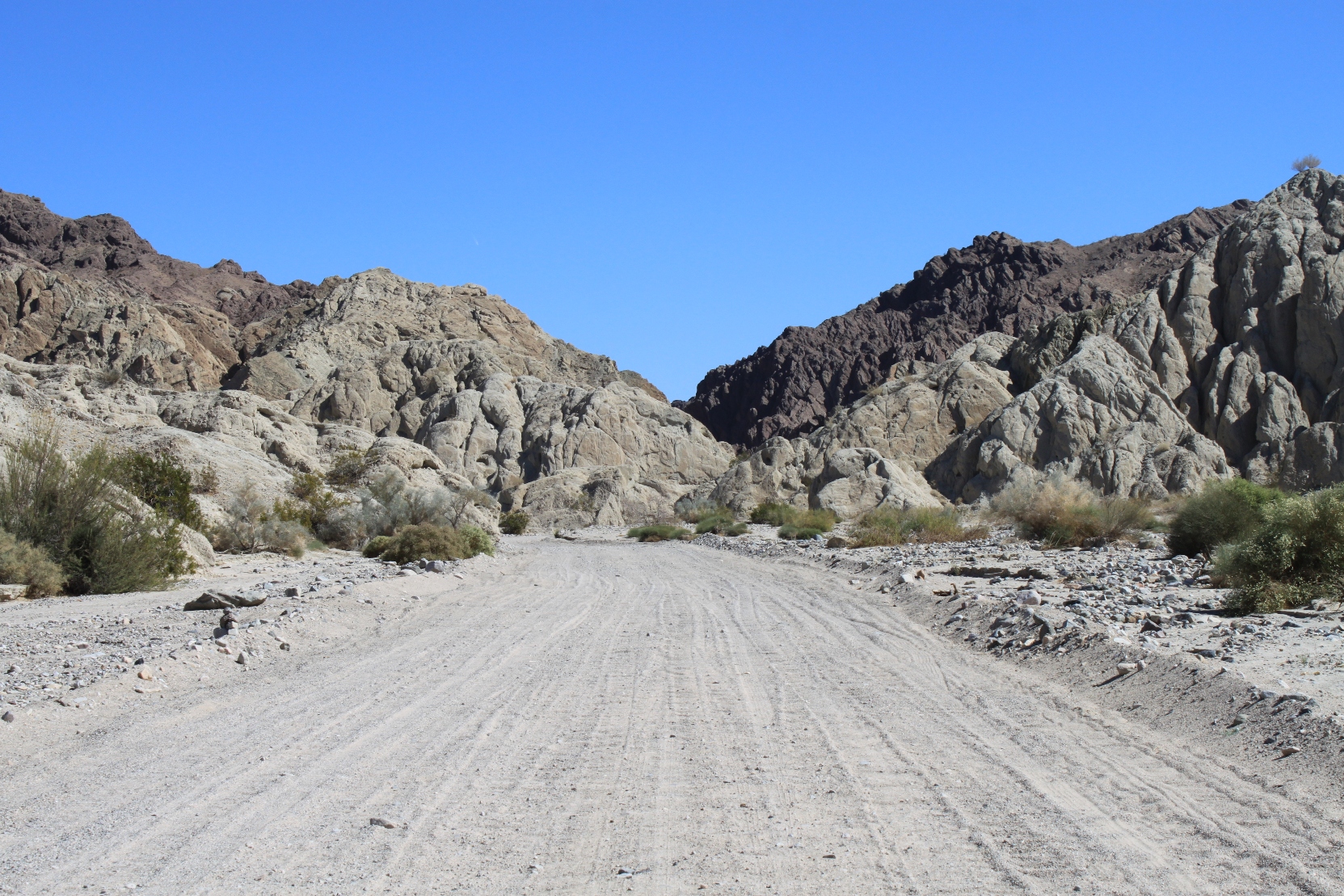 In the picture below, it is easy to see the effect of faulting on the terrain. The fault is located at the juncture of the brown rock and the much lighter rock. Off to the left of the fault, notice how the earth has been bent and pushed up towards the fault.

Here is a look closeup at the bending, which is called a syncline. 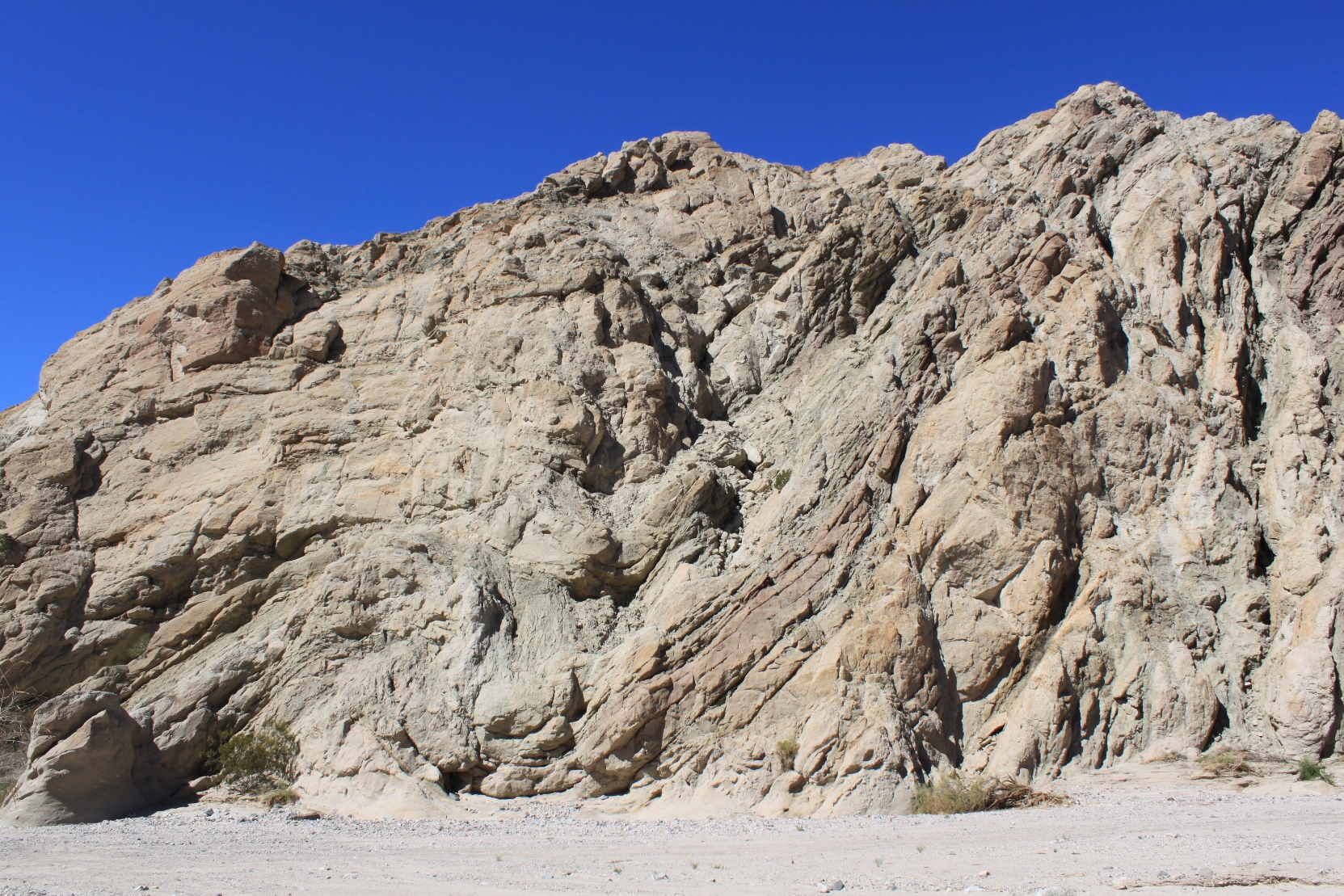 Painted Canyon is a stream-cut gorge, sculpted by infrequent flash flooding.  There is plenty of sediment on the canyon floor, and little vegetative cover. 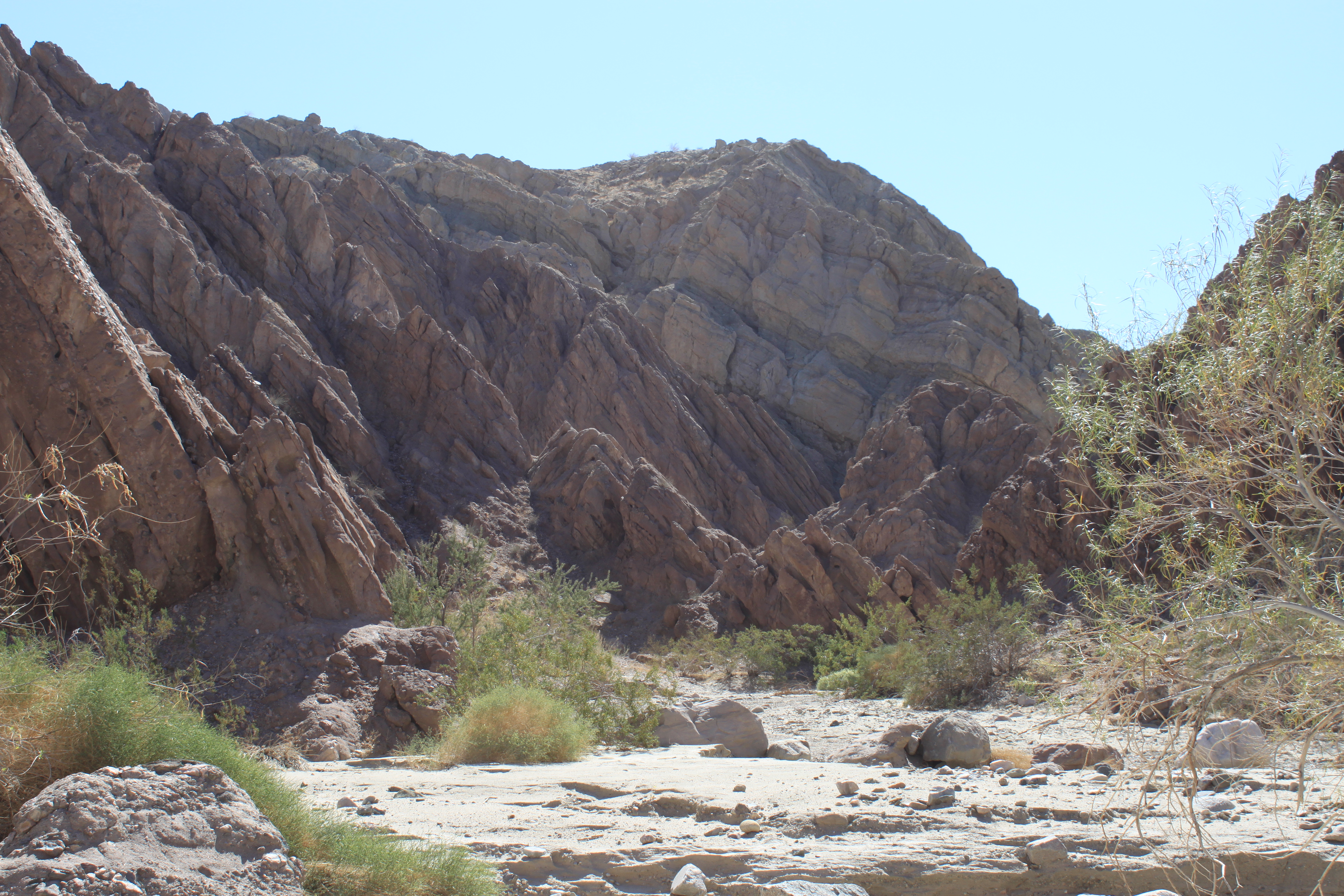 Further into the canyon are the colorful rock formations that give the canyon its name. 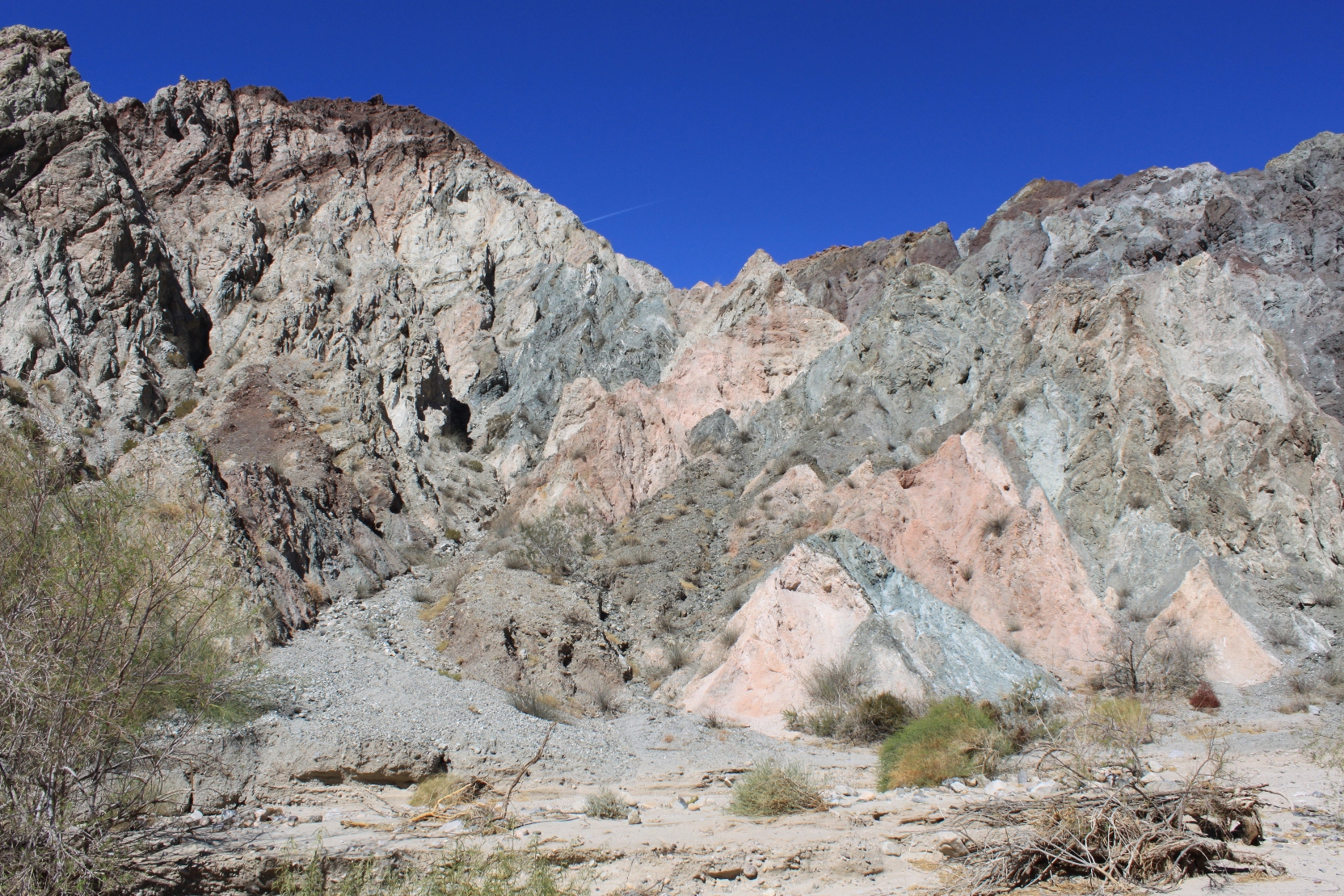 Up at the top of the canyon, there is a popular trail called “Ladder Canyon”, so named for the ladders maintained along the trail to access the numerous slot canyons along the way. We didn’t do the hike today due to time and dog constraints. For more information on the Ladder Canyon hike, click here, and for a nice picture tour, click here. 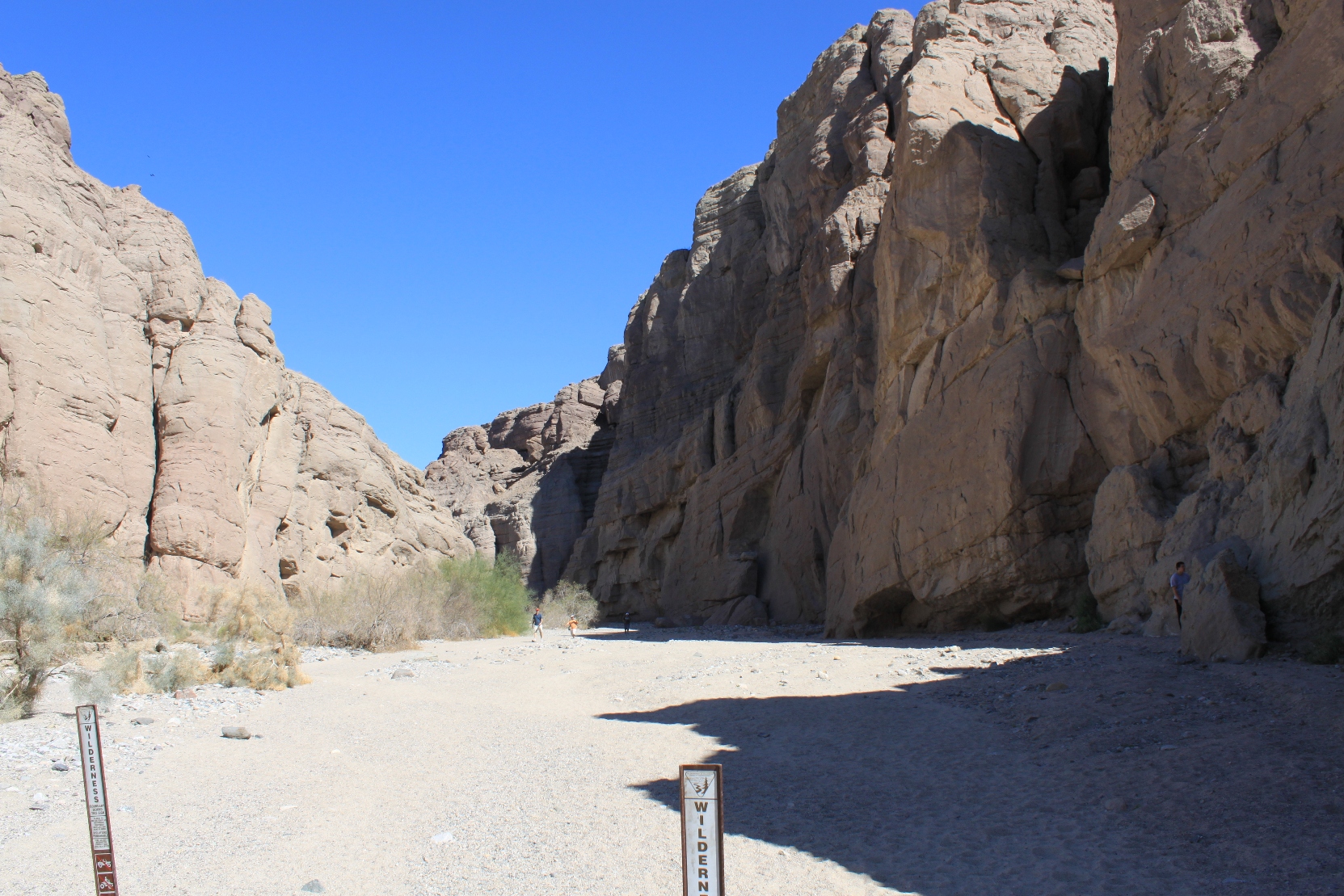 It’s a whole different view on the drive out of the canyon. 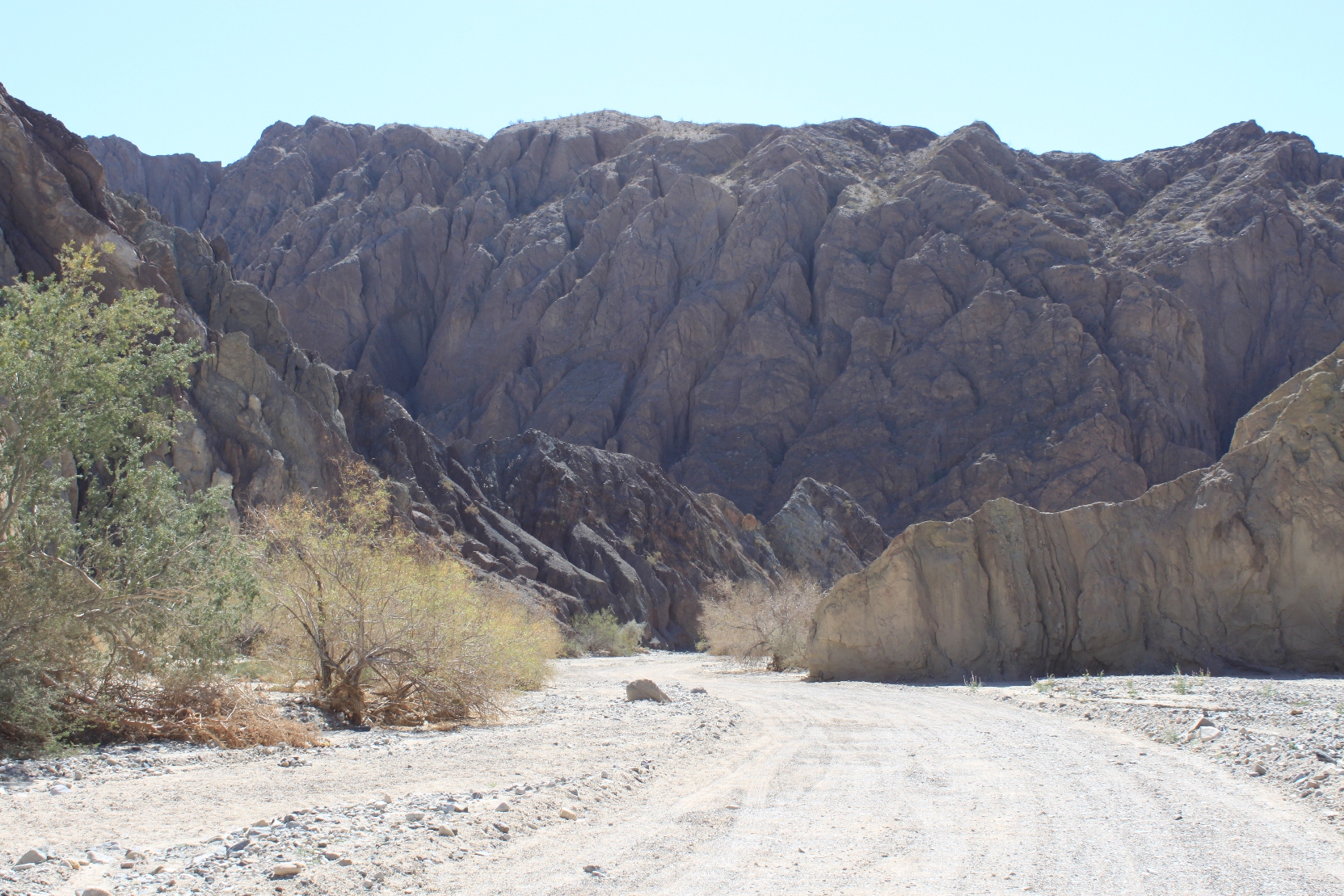 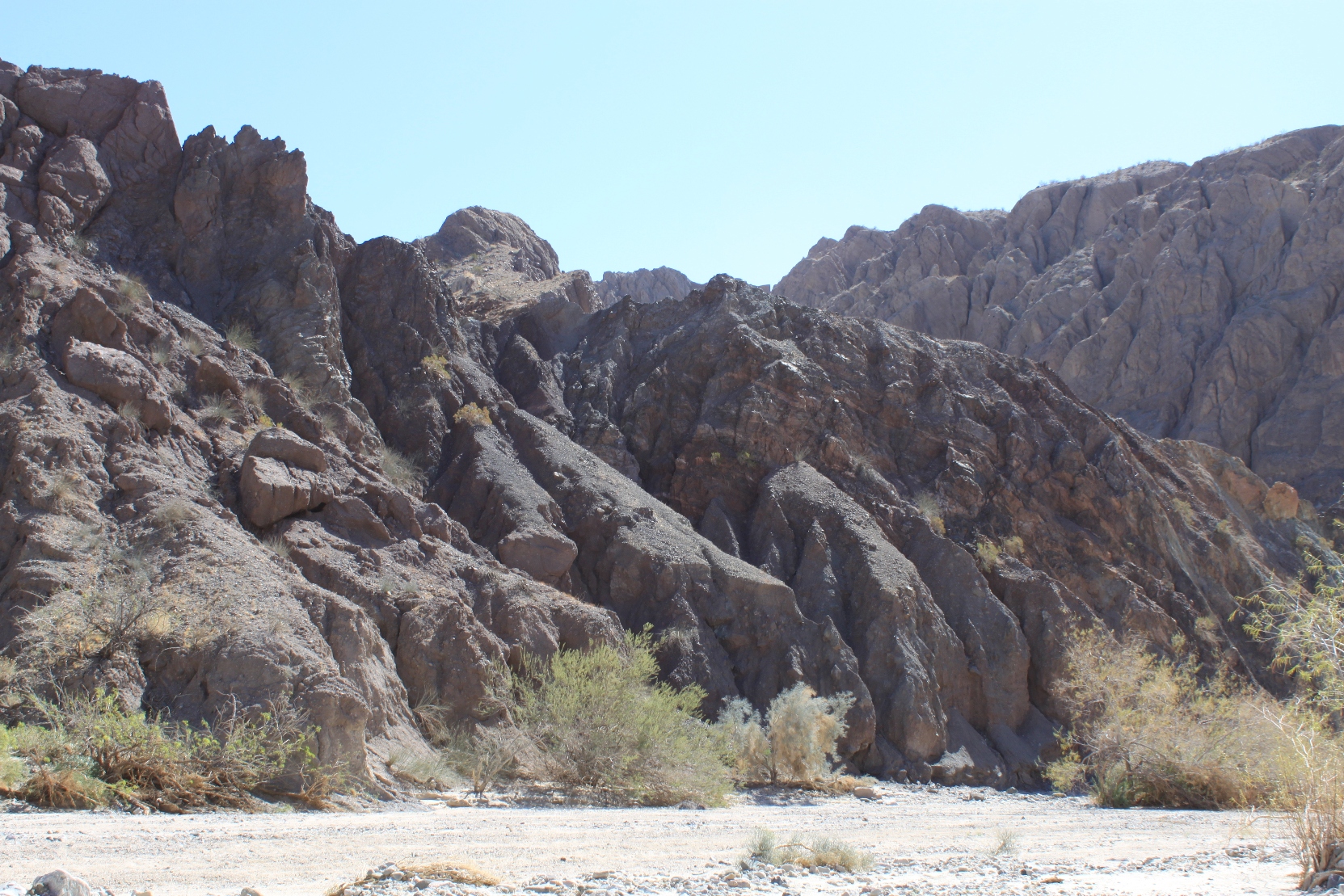 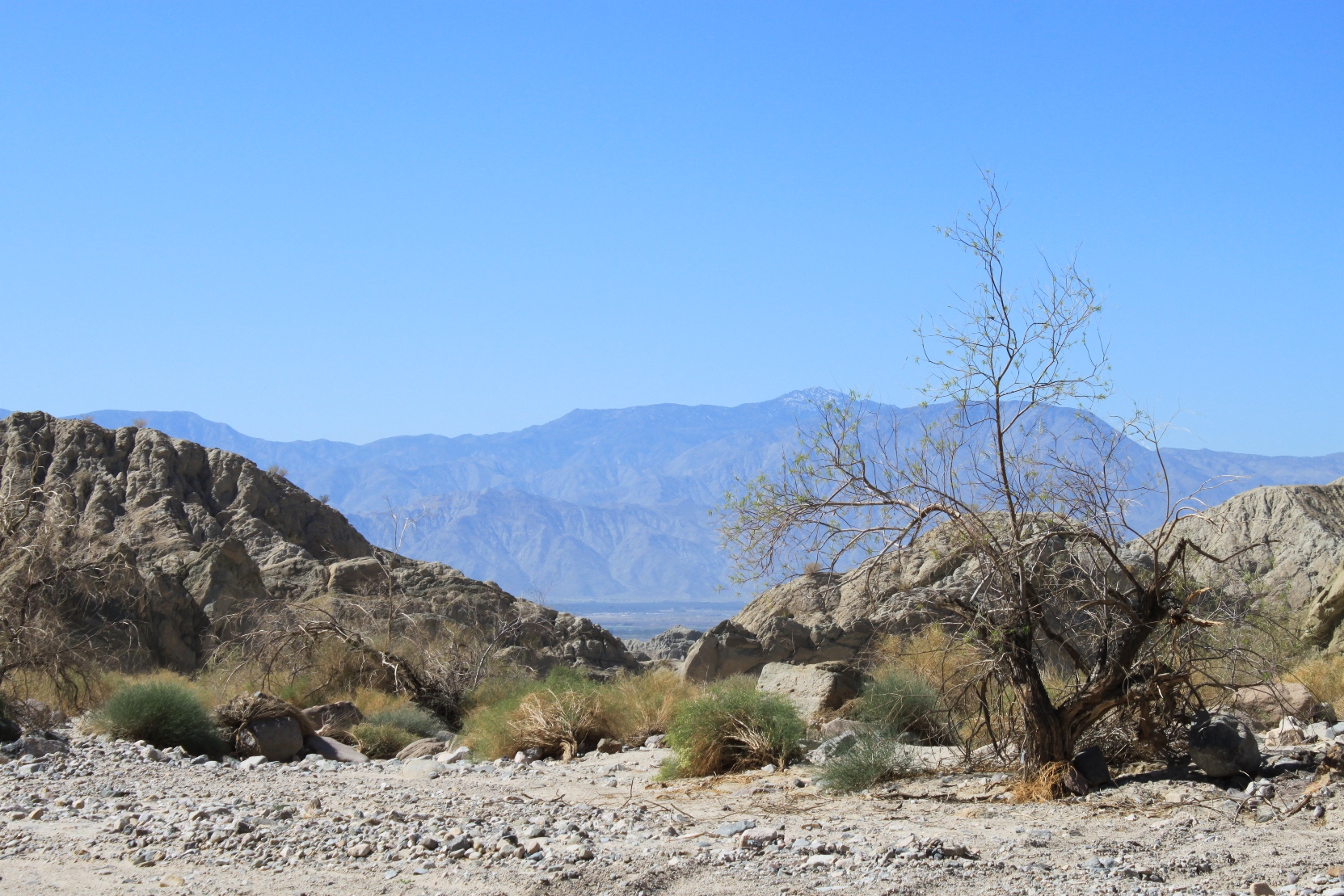