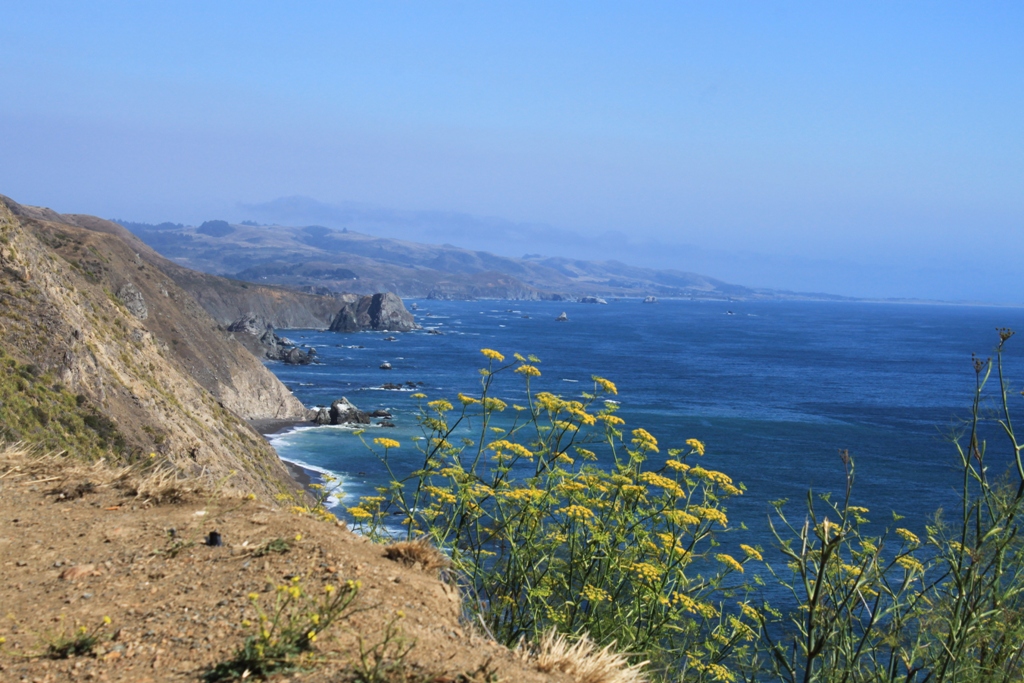 This year, with California in the midst of a severe drought, the usual camping vacation just didn’t have the same appeal – I just was not enthused with the idea of setting up a tent in the middle of a tinder-dry forest next to some shriveled up stream or puddle of a lake, and lighting the old campfire … so I went to a place where I knew there would be plenty of water – the ocean.

So wanting to escape the heat and drought as well as give the family something different this year, we headed to the North Coast.  And with much of the north state seemingly on fire this year with the horribly dry conditions, I was amazed at my good fortune to choose locations that were actually not on fire!

We spent three days exploring the area, staying in Santa Rosa, where the accommodations are more affordable.  The first day, we headed over to Bodega Bay and headed north.  Bodega Bay is not necessarily the most scenic place on the coast, and the dreary weather did not help. 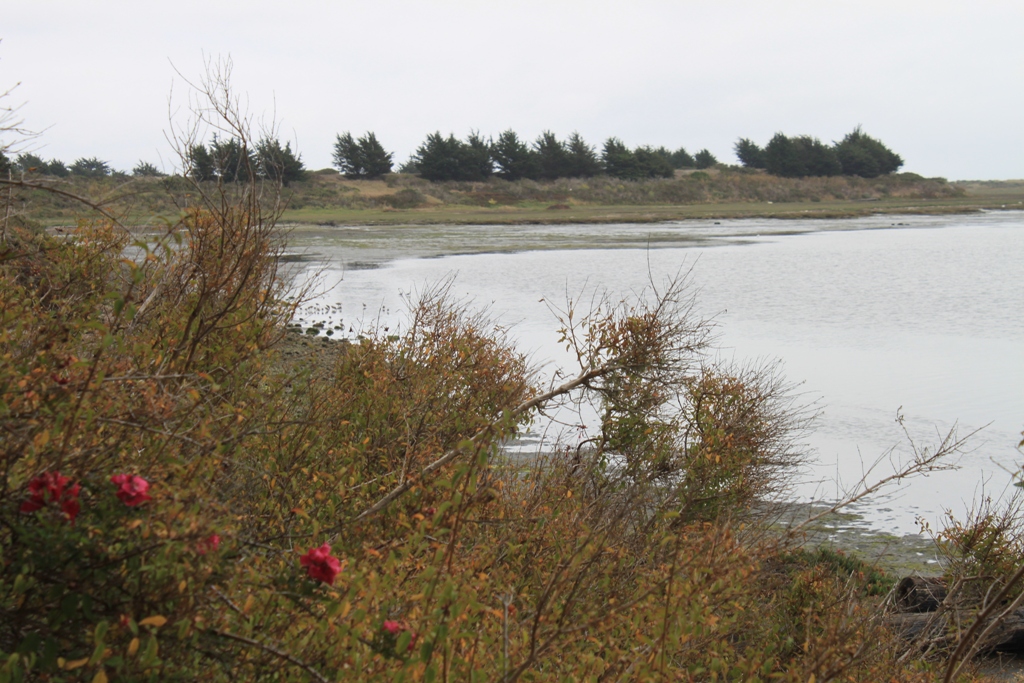 I will tell you in my opinion, there is only one direction to travel on State Route Highway 1 (the Pacific Coast Highway) and that is south – it’s a windy road that hugs the coast with plenty of viewpoints – but almost all on the other side.  You’ll just miss all the views otherwise – or die trying, perhaps.

We headed north from Bodega Bay, destination Fort Ross State Park, which is located north of Jenner.  We did find one place we could pull over on the way up.   The weather was still dreary, although it did appear to be clearing in the distance at times. 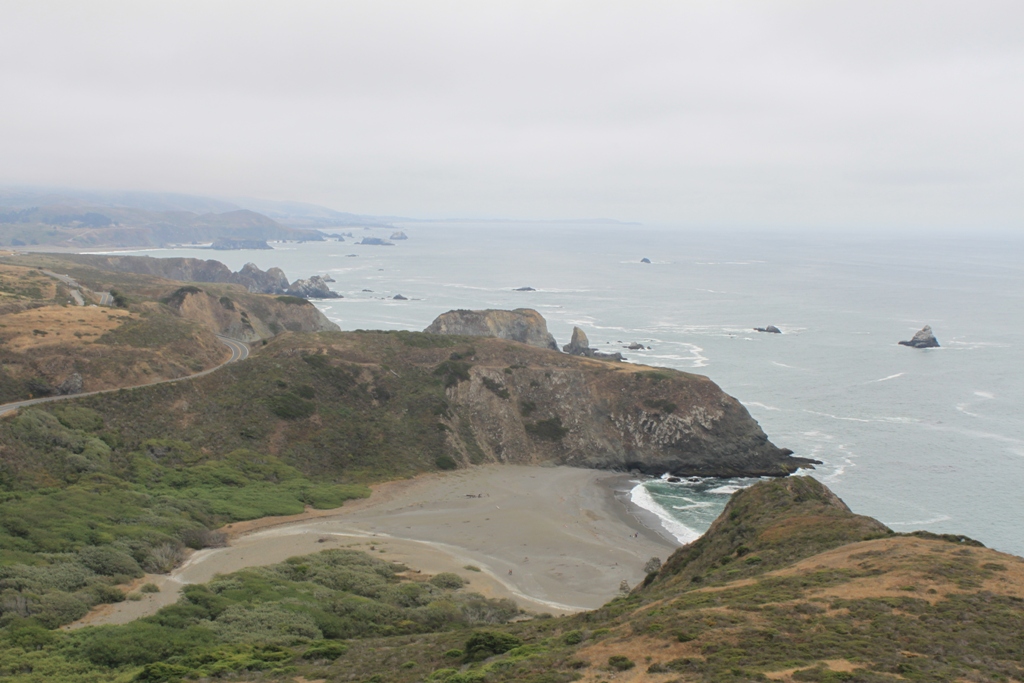 By the time we reached Fort Ross State Park (which will be covered in a future post), the weather had cleared.  Now driving south on the Pacific Coast Highway, the views were spectacular and there were ample opportunities to pull over.

This shot is my favorite, I think.

At Jenner, the Russian River meets the Pacific Ocean. 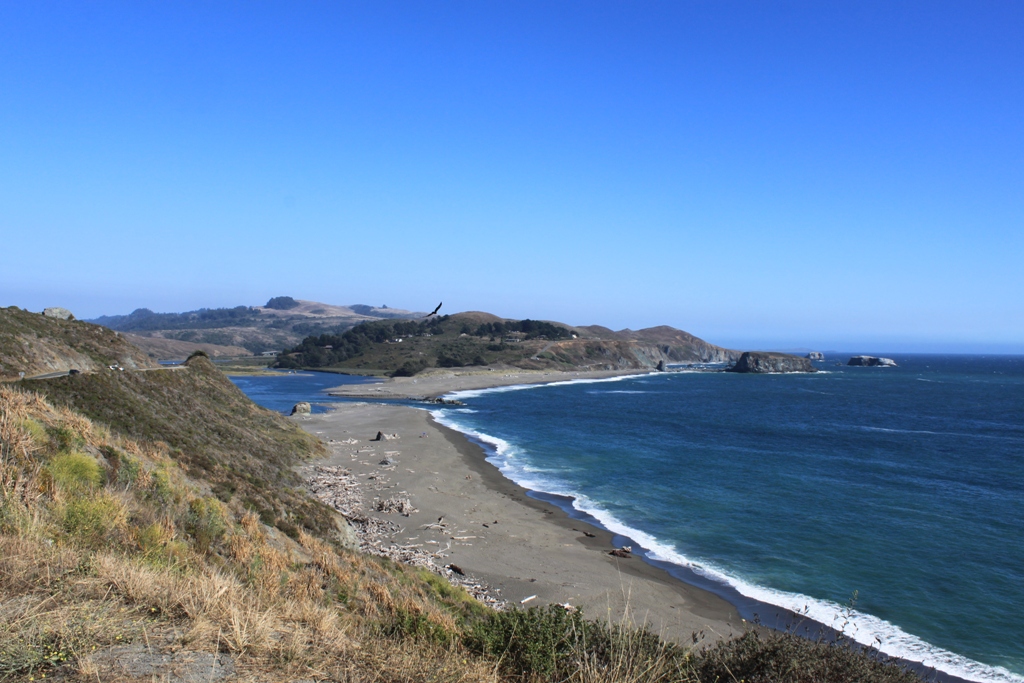 When a river meets the sea, the fresh water and the salt water mix, creating an estuary.  Estuaries are biologically highly productive, and a place where there is a lot of fish and wildlife around, birds being the most visible critters, usually. 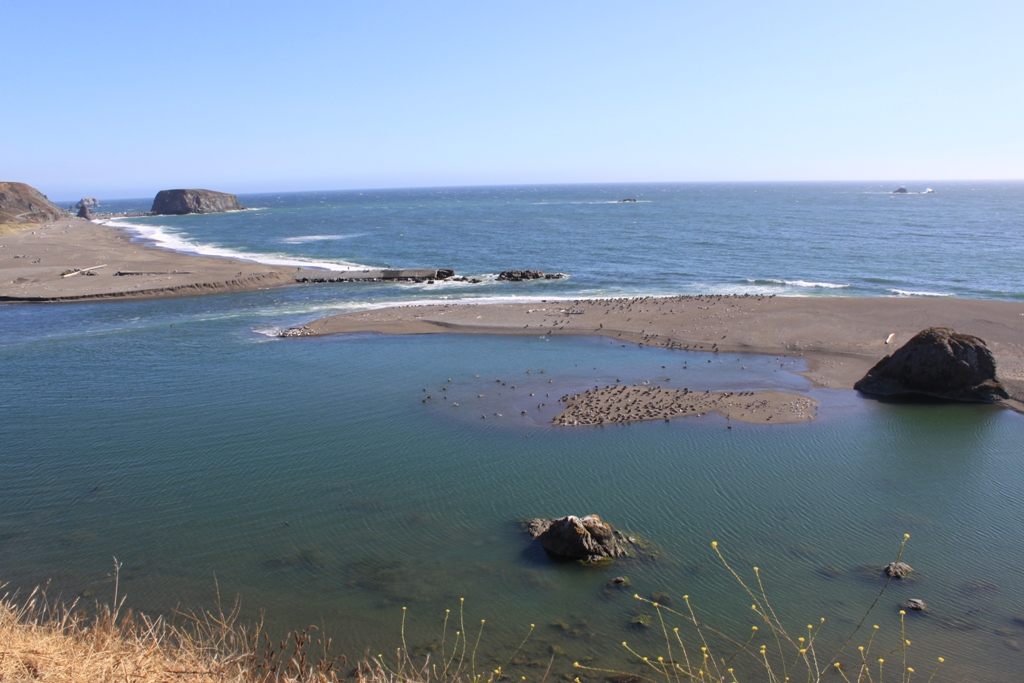 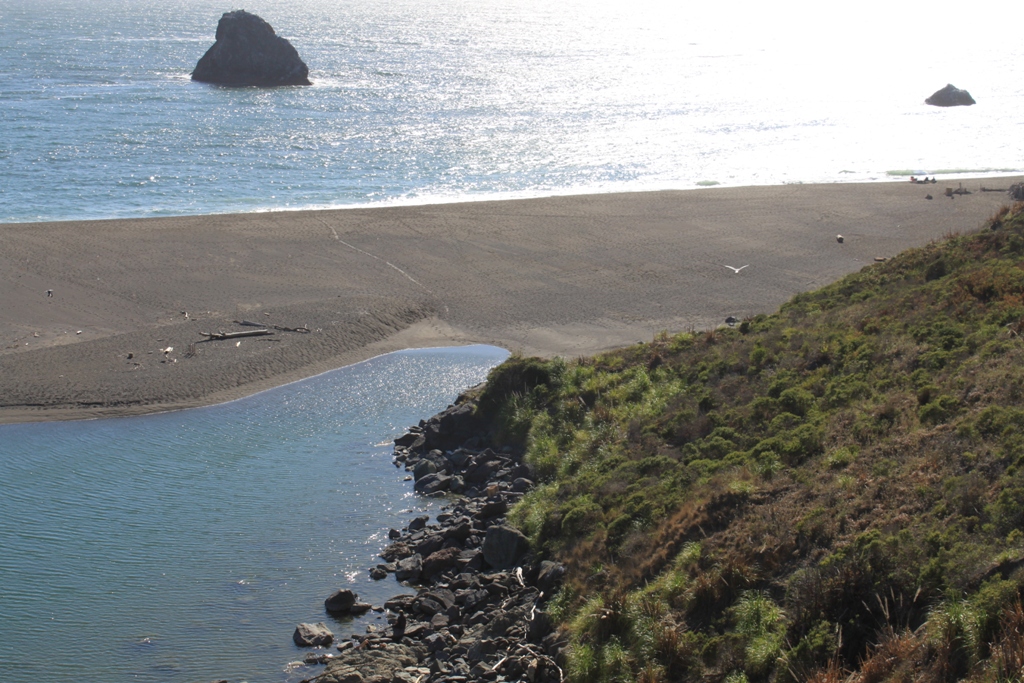 This is the Russian River, just inland from the ocean. 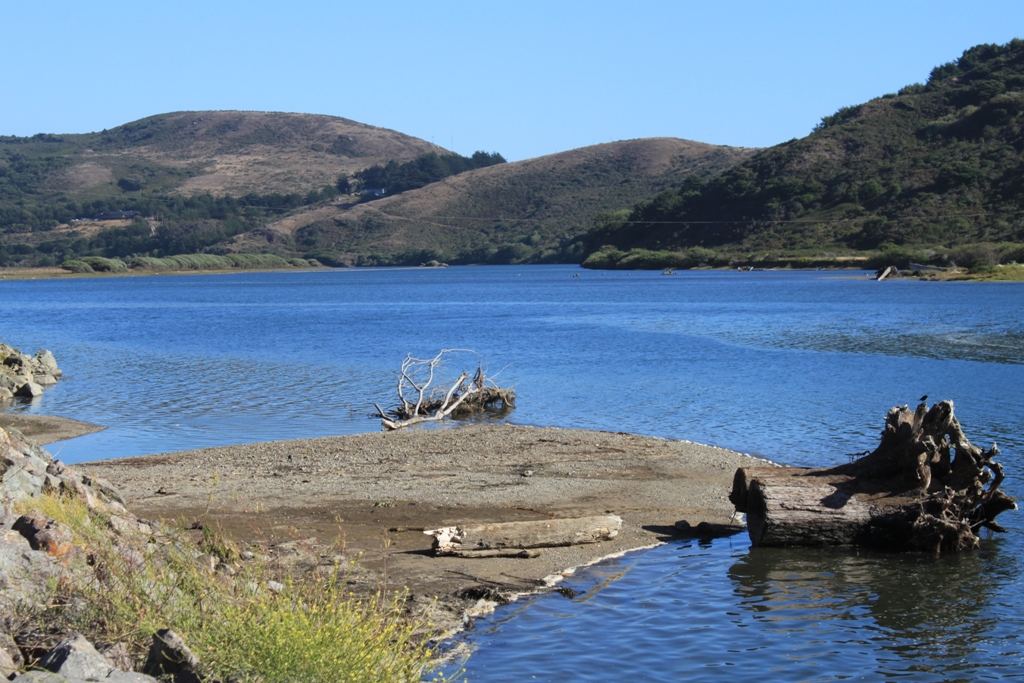 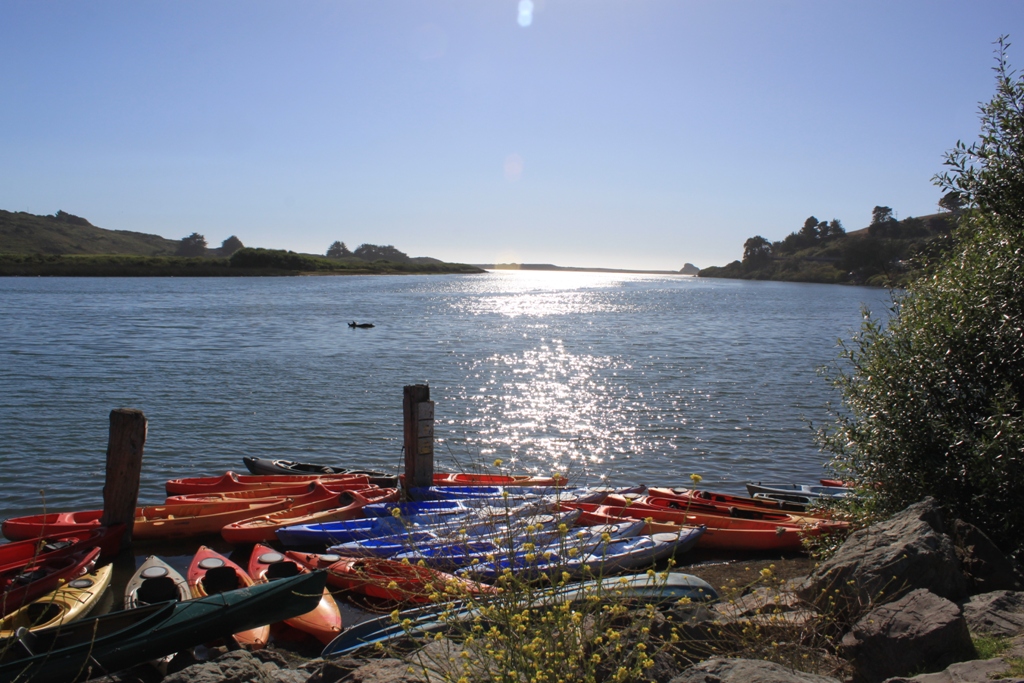 For much of the way, the road is up high, and it’s quite a climb to get down to the beach.  However, further down the road, south of Jenner, was an opportunity to visit a beach.

To get there, you had to take a walk through a coastal rainforest.  Can’t miss an opportunity to do that! 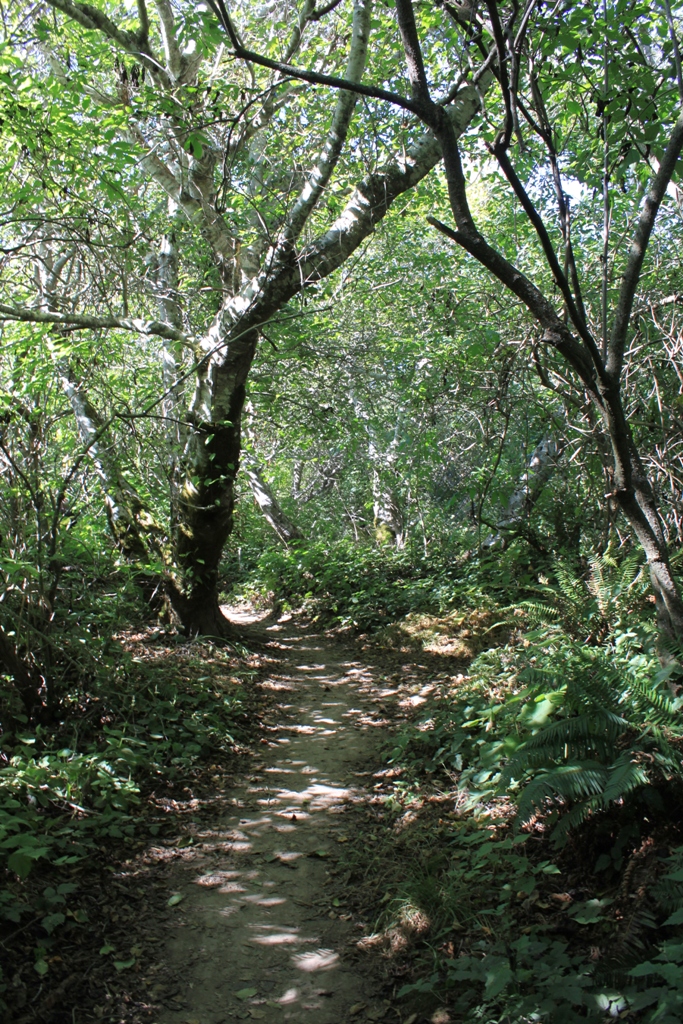 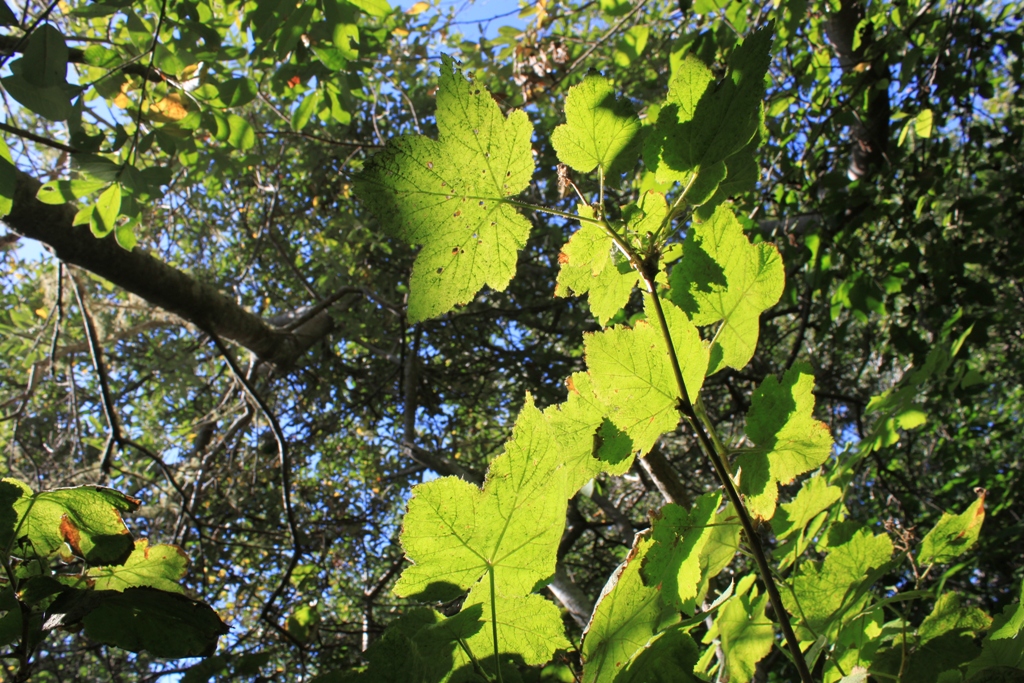 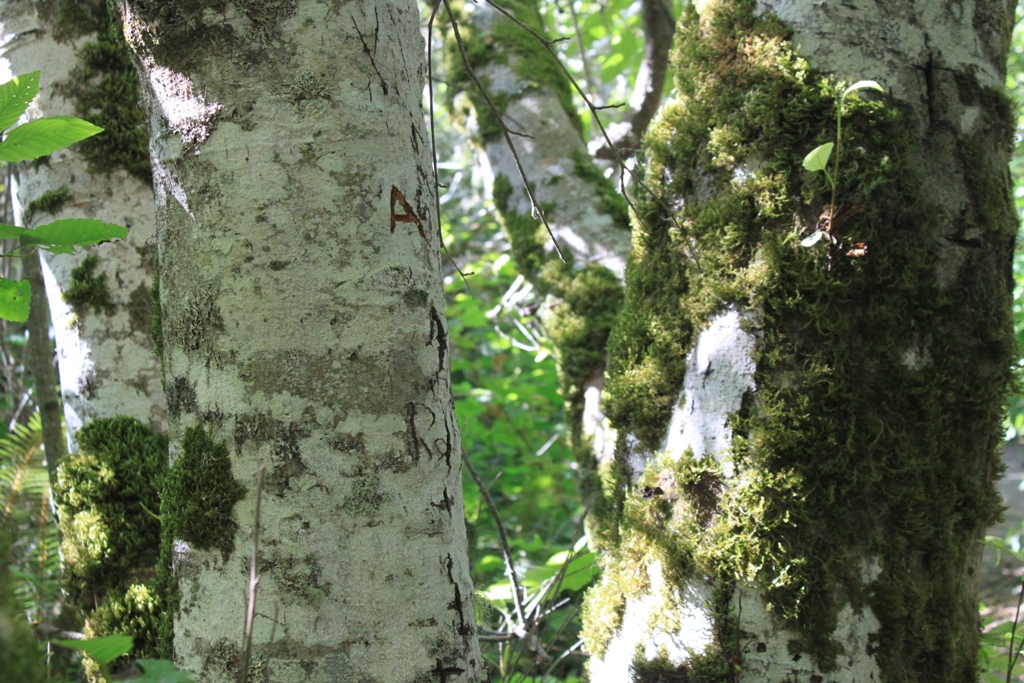 The beach, however, was not especially remarkable, but the path to it was well worth the journey. 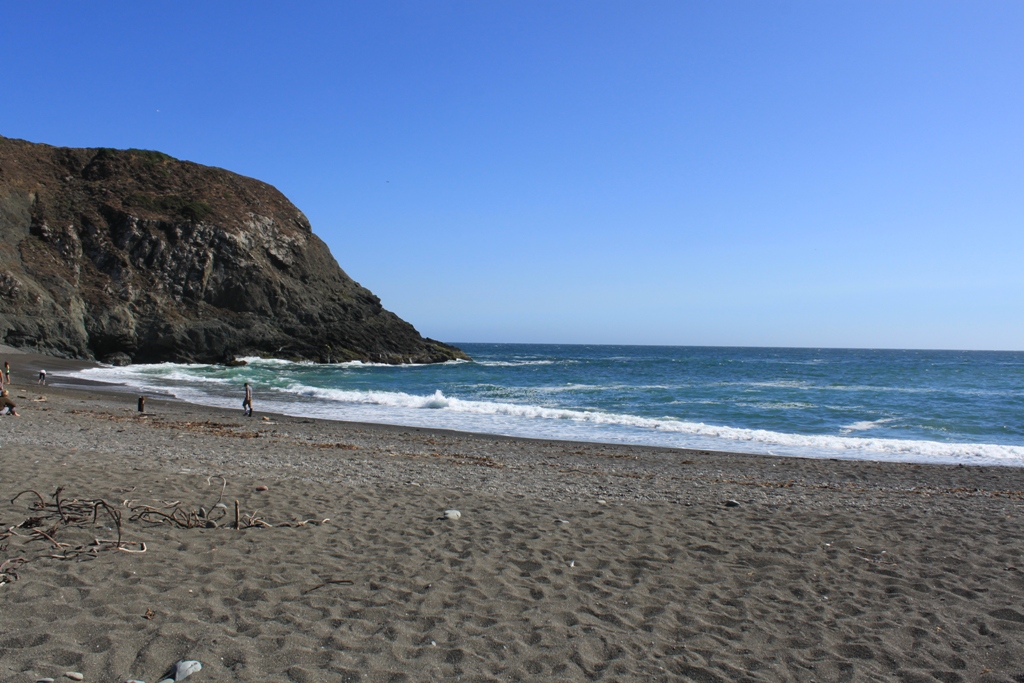 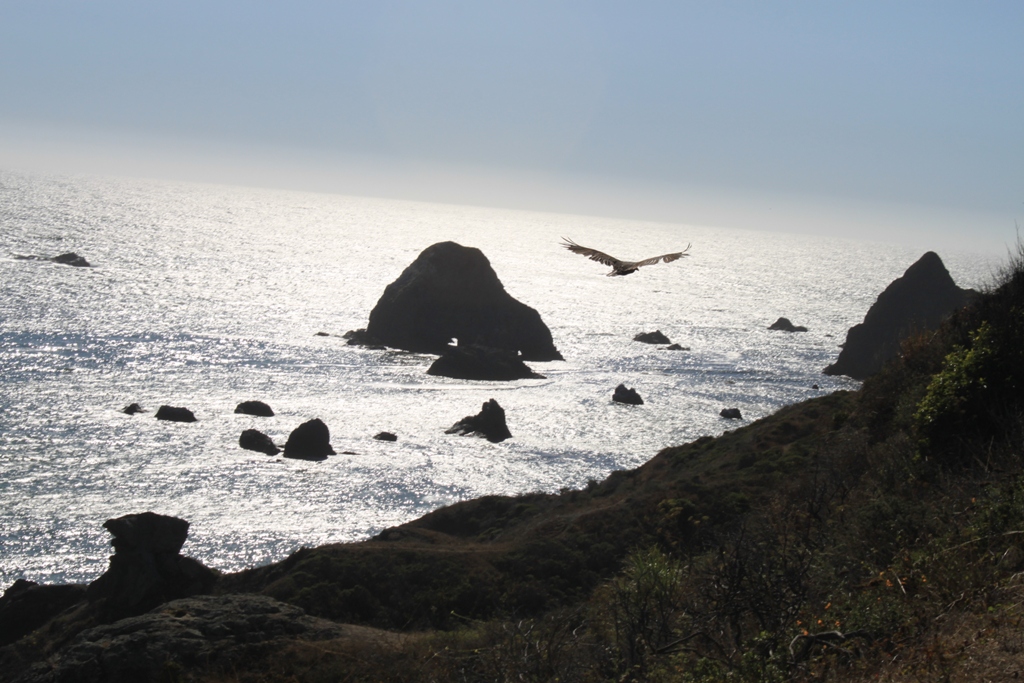 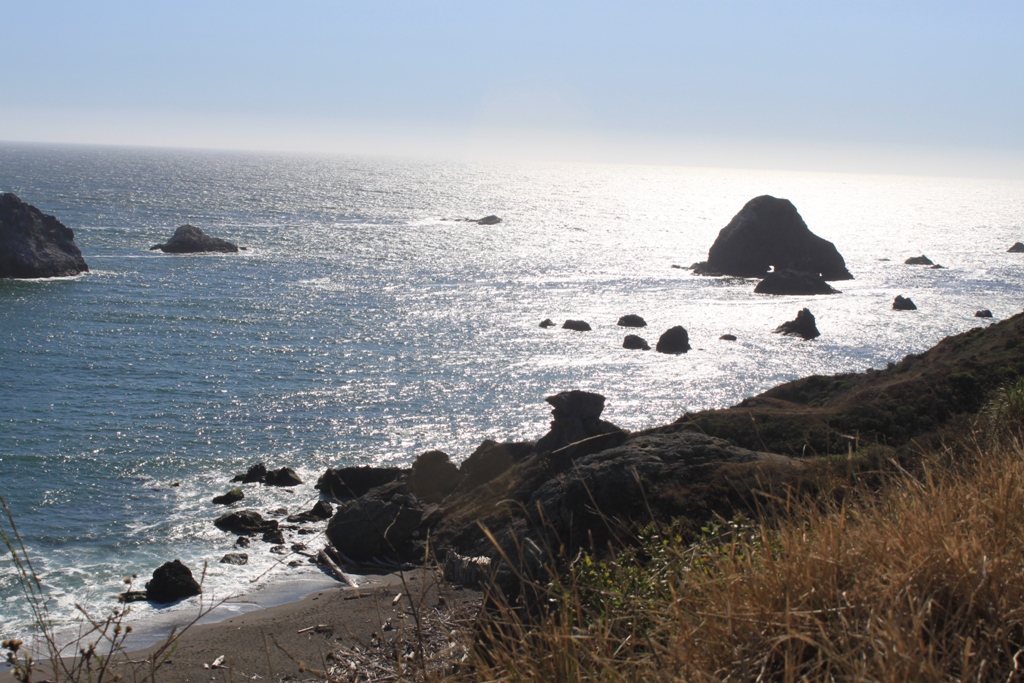 Just about every turn is a great photo just waiting to be taken, so be sure to head south on the Pacific Coast Highway so you can stop a lot! 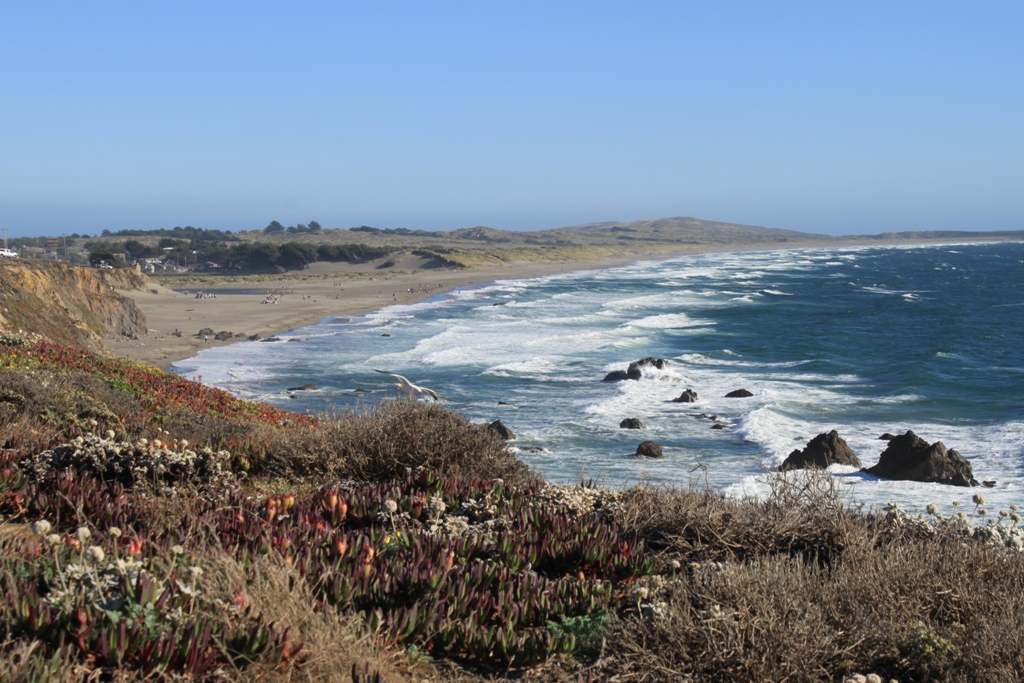 So long from the Sonoma Coast!