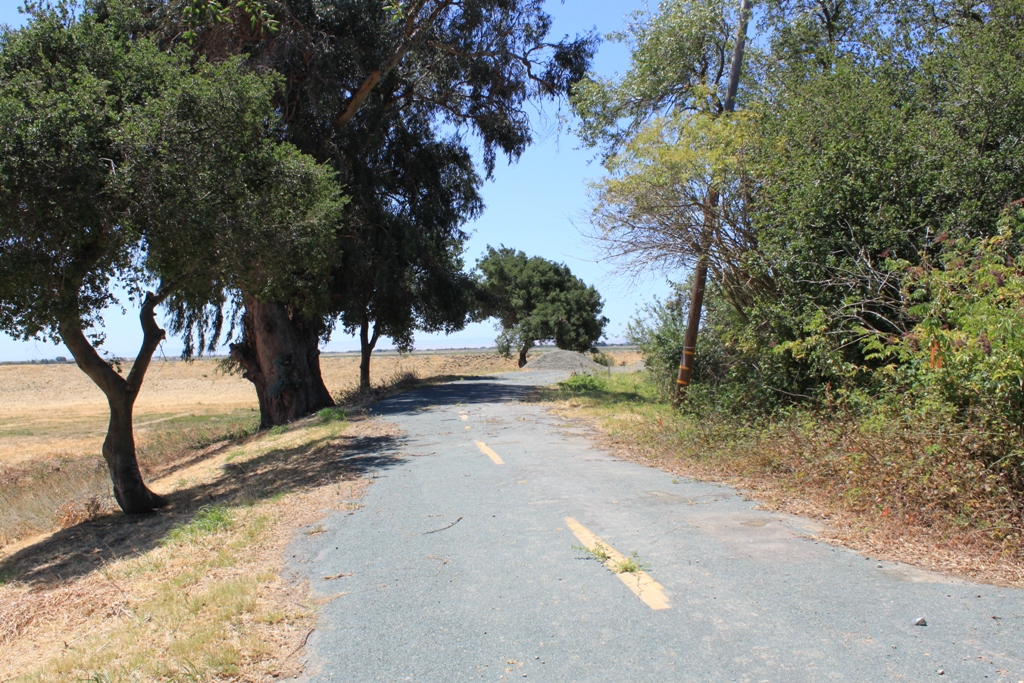 Along our travels through the Delta described in the previous post, we came across a truly unique place.

We pulled off the side of the road and climbed over a “Road Closed” gate, something I never do, much less admit to it.  However, it’s essential to the story, and besides, we’re out in the middle of nowhere with no one around seemingly for miles and we certainly meant no harm.  I was actually hoping to catch a picture of the river and some windmills in the distance that we had just seen from the road before. 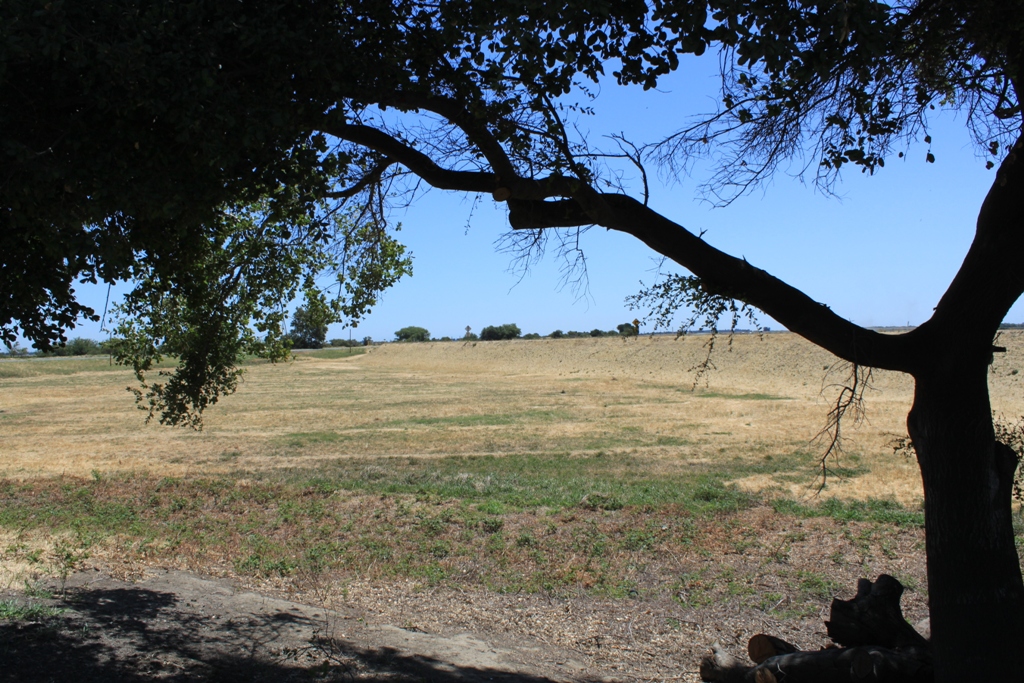 But all there was, though, was more of the dang water hyacinth (below), which seems to be all over the place this year.  It’s pretty, but it isn’t supposed to be there. 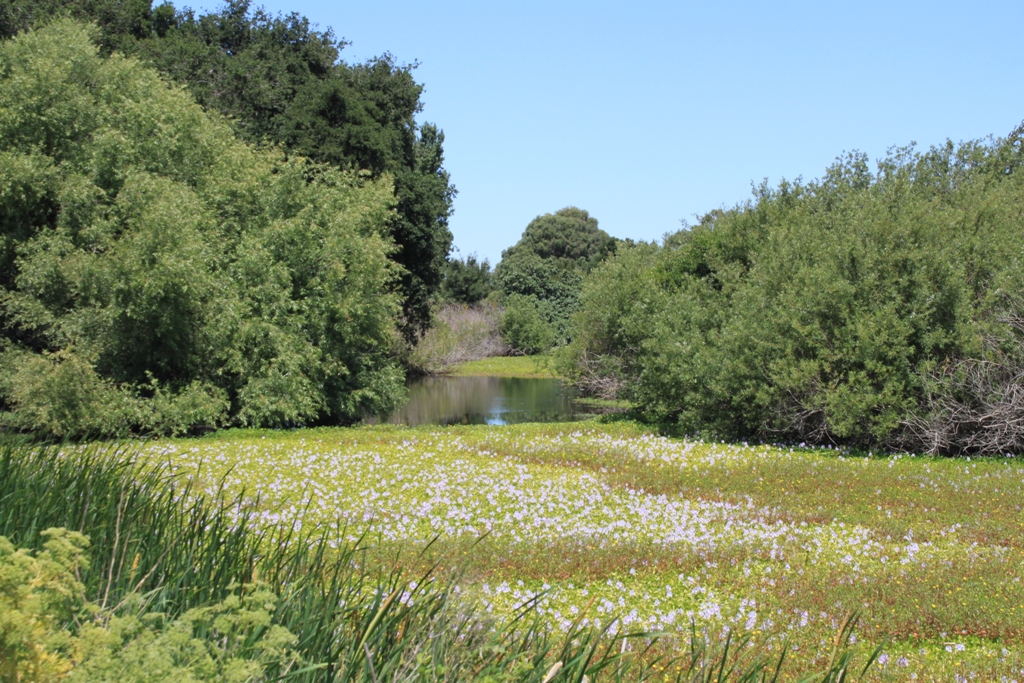 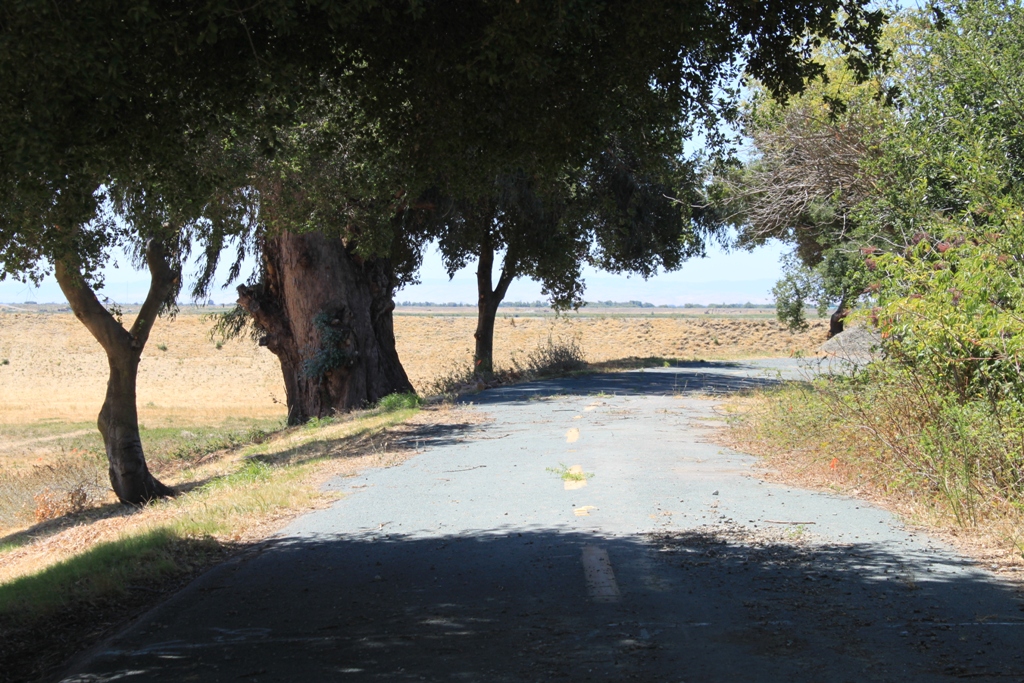 The middle tree was obviously the older and stronger one.  And as we walked by it, my husband pointed out that there was a plaque on the tree: 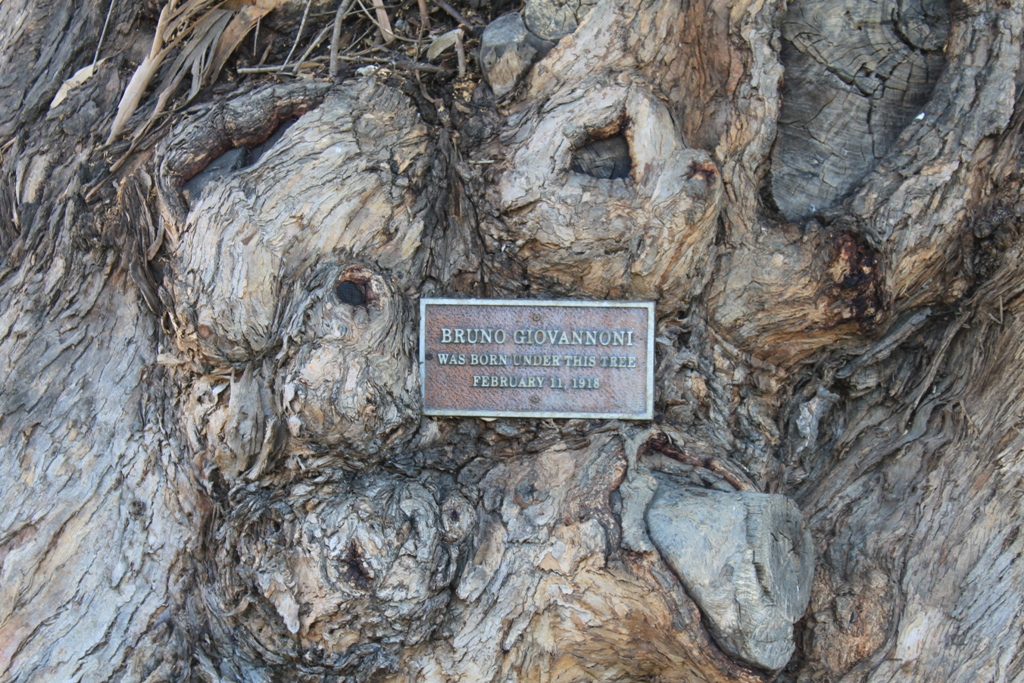 A plaque noting that Bruno Giovannoni was born under this tree on February 11, 1918.  There’s not much that an internet search reveals about Mr. Giovannoni, except that he apparently lived in the Delta all of his life; he was an inventor as well as owning a marina in Isleton. He passed away in 2001 at the age of 82. His devoted wife of 58 years. Stella, followed him ten years afterwards.

Bruno made an audio recording of his history for the Sacramento River Delta Historical Society; maybe one day, I will go there and hear it, and perhaps find out the story that must go with this plaque on the tree.

(This discovery also completely invalidated one of my famous sayings.  My personal philosophy when I was pregnant and advice I give to others is to take the epidural at the hospital.  “No one gives you a plaque for going without pain relief,” I would say.  Well, clearly, I was wrong.) 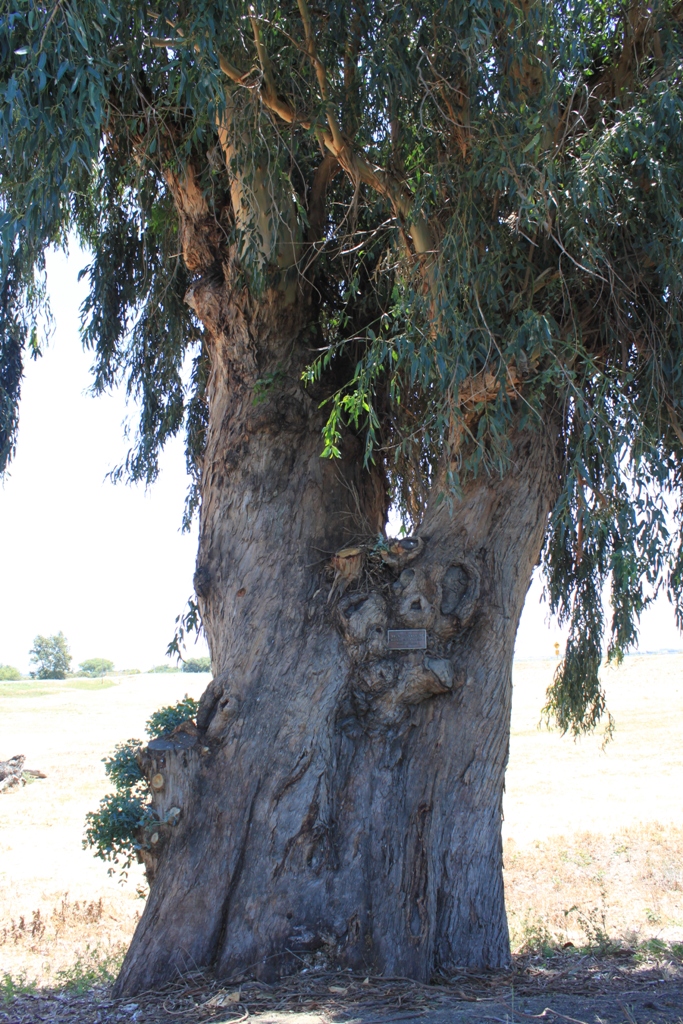 This majestic oak is a reminder that the Delta is many things to many people, and is defined in many different ways.

“The Delta is a personal place.”

2 thoughts on “A day in the Delta, addendum: “The Delta is a personal place.””