Back last December, while traveling up north, I had the chance to spend the weekend with my sister who lives in Berkeley.  At the time, the north state was getting hit pretty hard by one of those ‘pineapple expresses’ as some call it (atmospheric river storms, if you’re a water geek like me).  There was a break in the seemingly incessant storms that had been pounding the area for days, so we went out to Treasure Island. 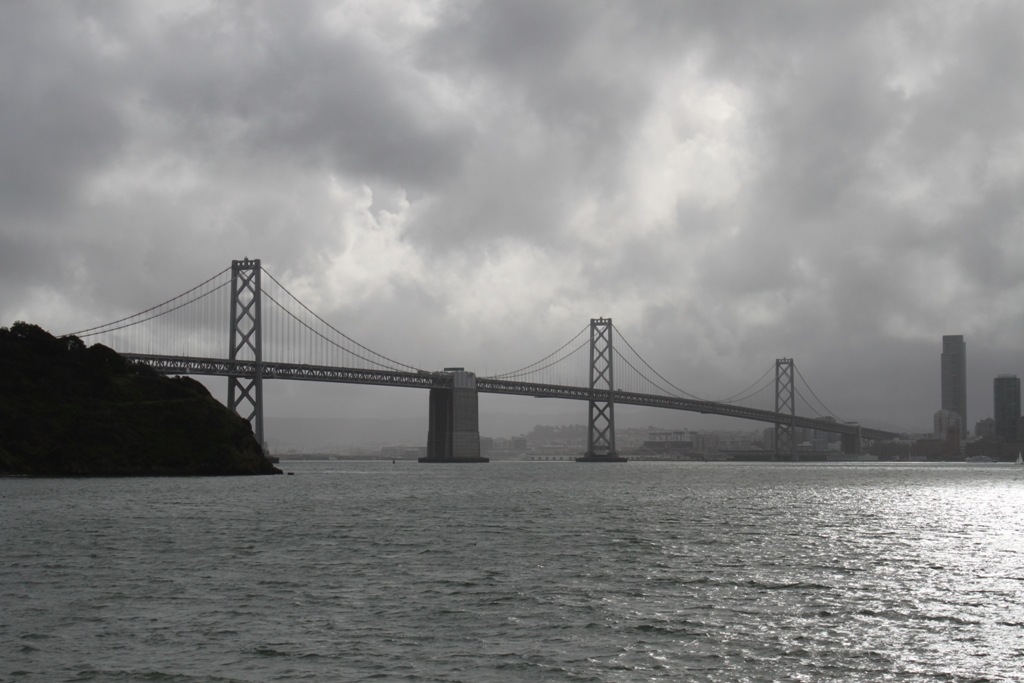 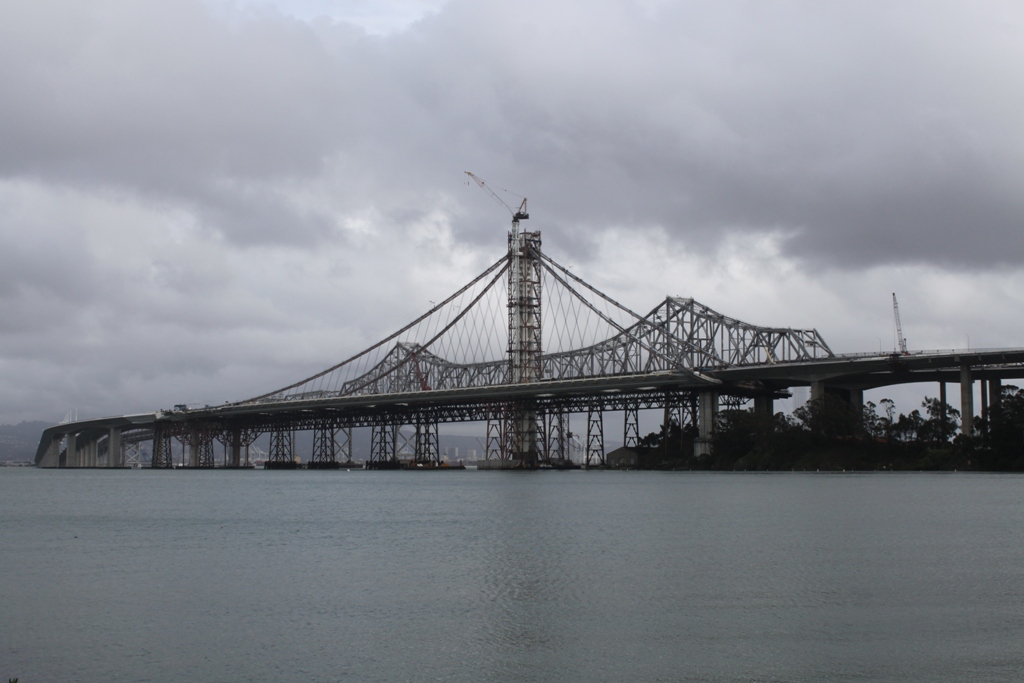 And on the other side, one of my favorite cities I never spend time in, San Francisco. 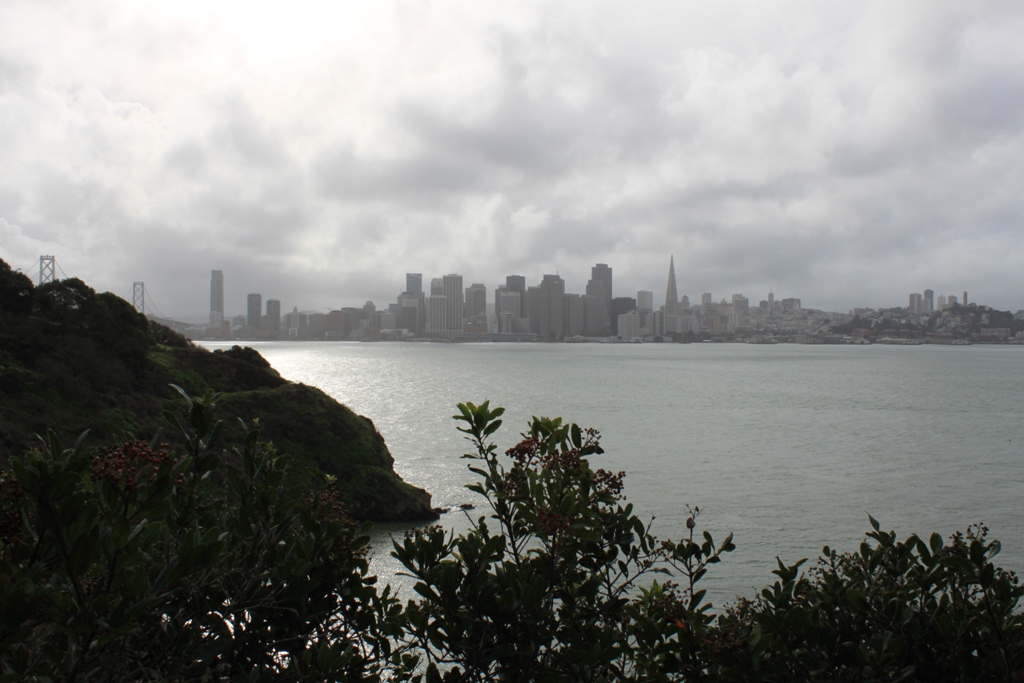 The Bay Bridge is really two bridges connected by Treasure Island in the middle.  The portion being replaced is the uglier cantilever portion; however, the other span of the bridge will remain intact. 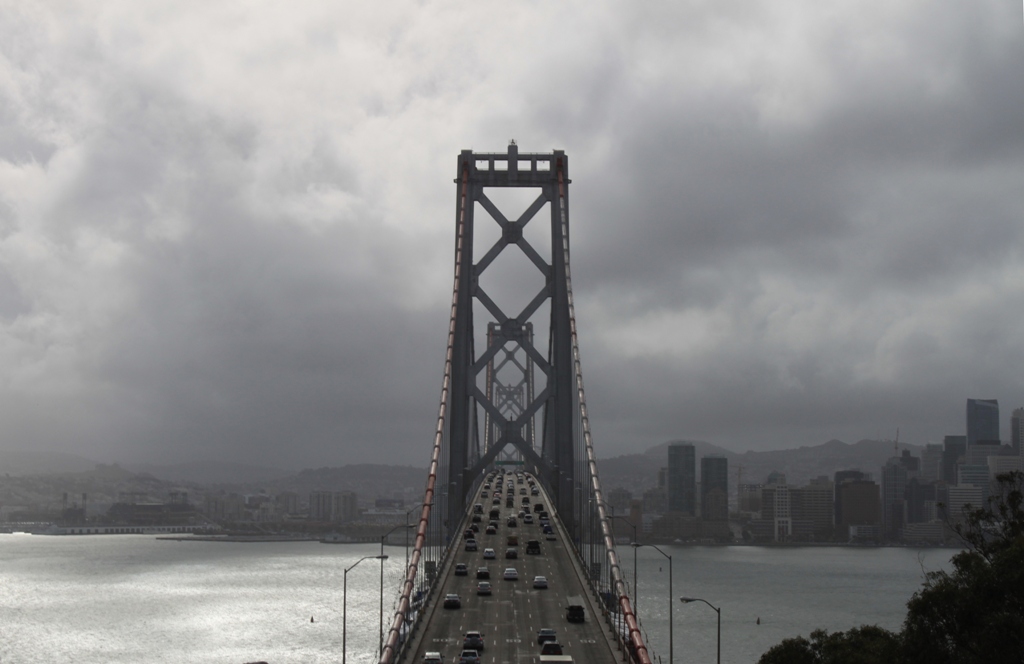 Here are some older pictures I have of the construction.  This shot below is from an airplane in 2009. 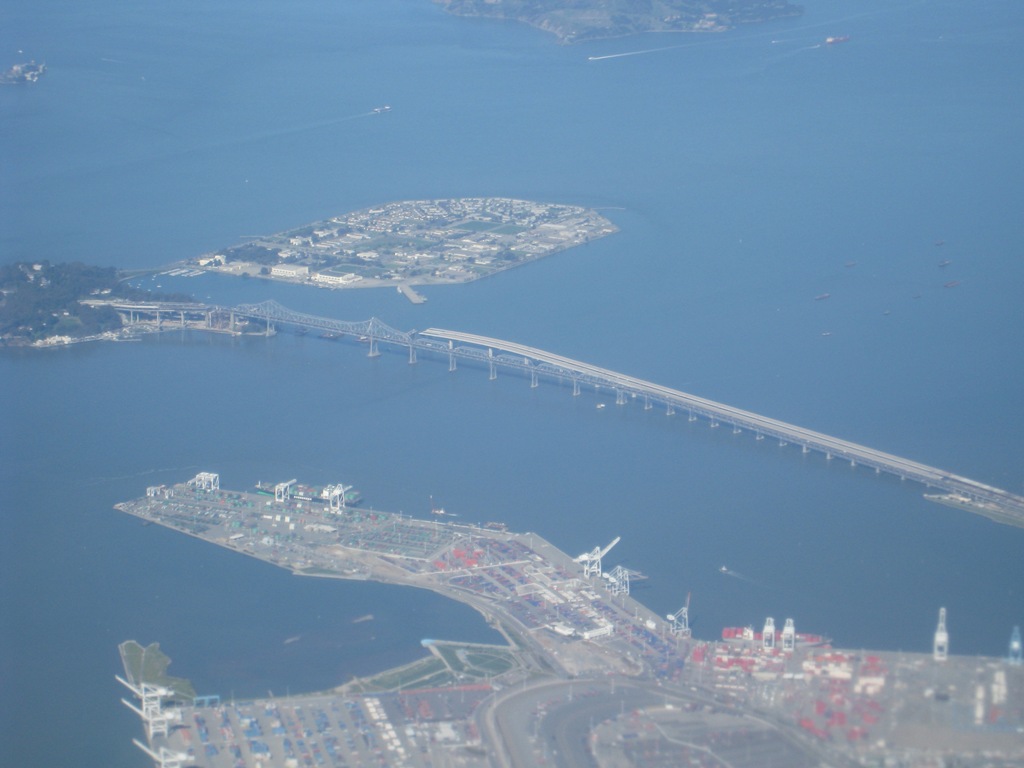 About 15 months later, I was crossing the bay on a tour and could see the bridge off in the distance. 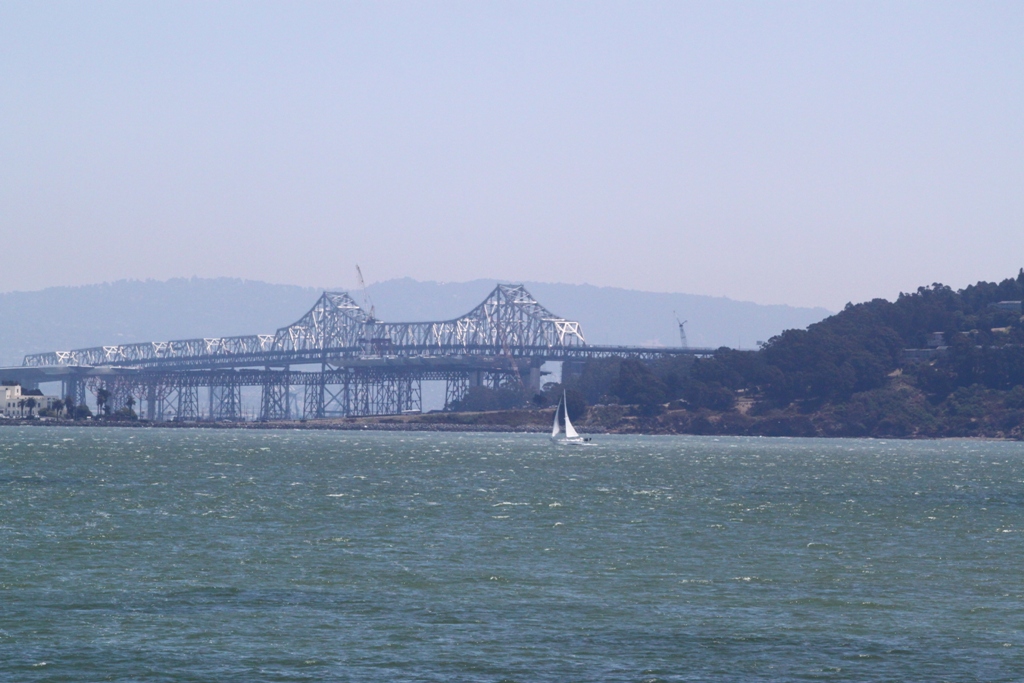 Here’s a picture of the entire bridge with Treasure Island in the middle. 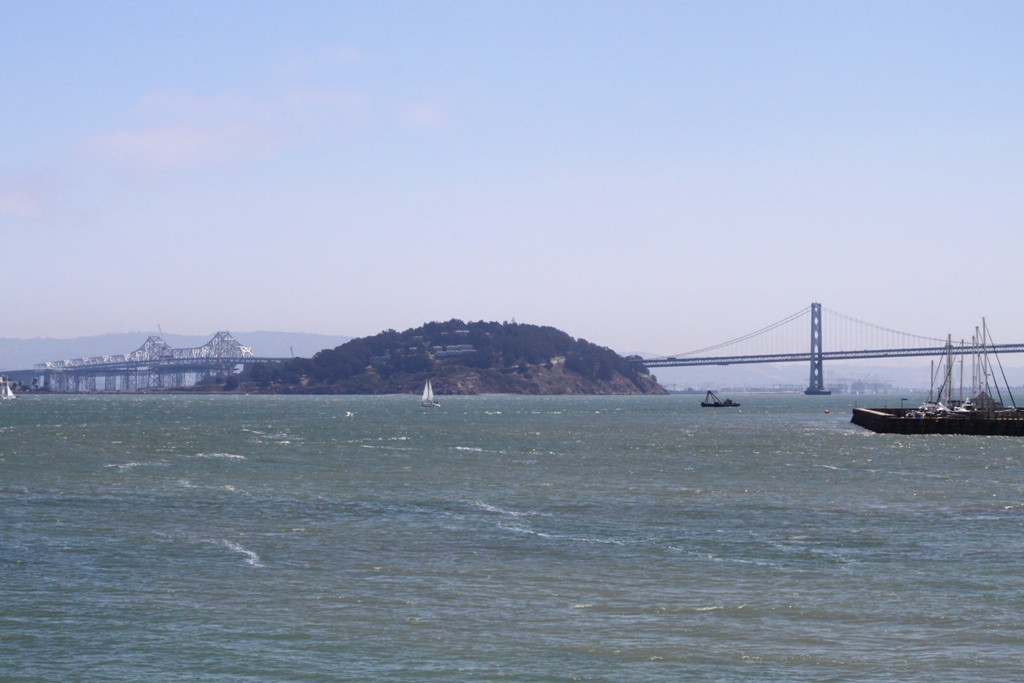 For a look at the Bay Bridge as it originally was, check out the Historic American Engineering Record: