Nowadays, I have found myself traveling up north to Sacramento on a near-monthly basis to sell my ideas and try to nail down other projects that people have talked to me about participating in.    These pictures were taken in early February; this is, I believe, the Kettleman Hills, or close nearby.  This view is towards the west.  I did not photoshop these bright colors in; the grass really IS that green and the water today really does look that blue.  These colors will change; they might have already, as we’ve not had much rain.  By late spring or early summer, these green hills will turn blond.   As I travel up and down the Valley this summer, I’ll track the season colors as they change with my camera. 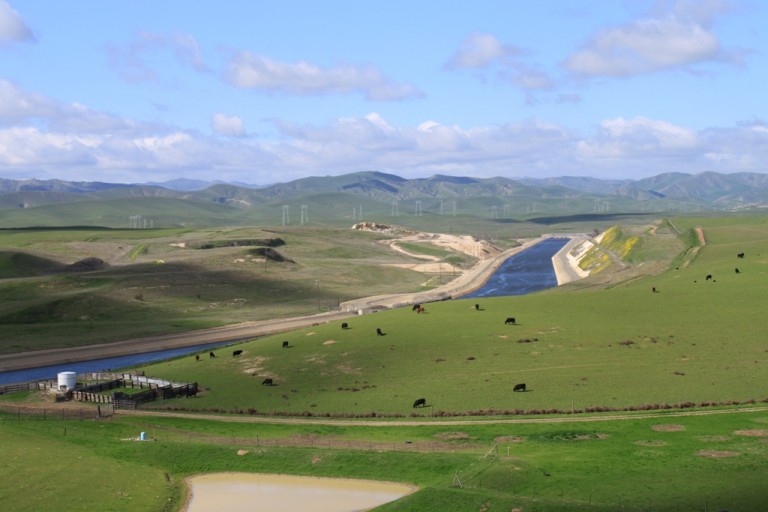 Ah, this is the freeway I am getting to know well.  Interstate 5, a straight shot from Sacramento to Los Angeles, and through the valley it’s mostly laser straight – a boring drive.  Everyone drives crazy fast, working to manuever around the trucks, of which there are a lot of. 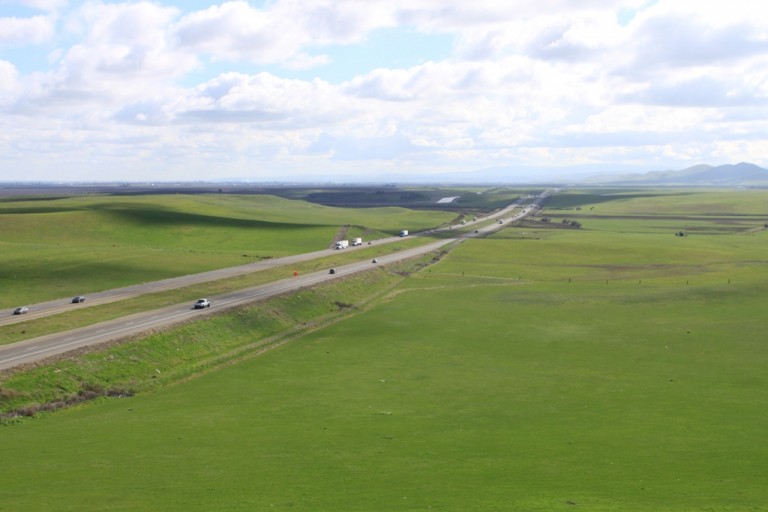 Here’s the view of the Aqueduct snaking south towards Los Angeles through the green hills.  These were pictures taken on my return trip. 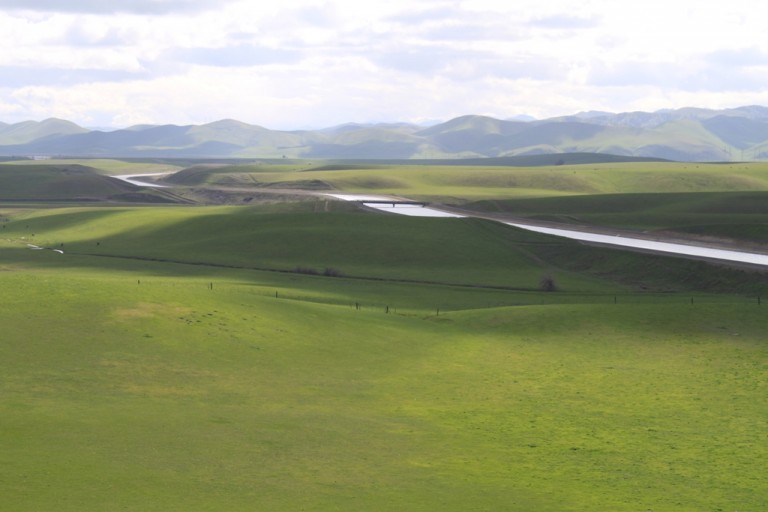 On the day I drove up to Sacramento, it was a very gray day … blah …  This was good, probably, because there wasn’t much agricultural activity going on and the orchards had their winter colors on, so I was not inspired to venture off to take pictures of farms and things.  Anyway, I was trying to get into the Delta by early afternoon (see previous post). 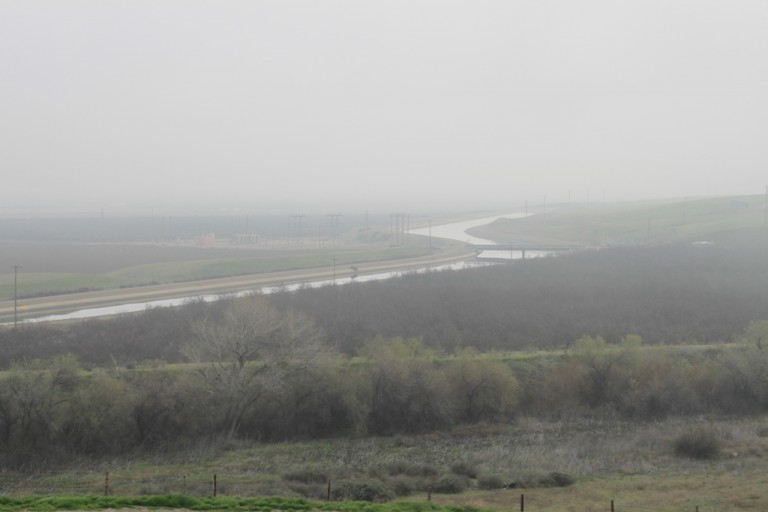 However, at the viewpoint, someone had left this ratty old chair, so I had some fun with it, pulling it around as if someone would sit in it and look at the farmland below. 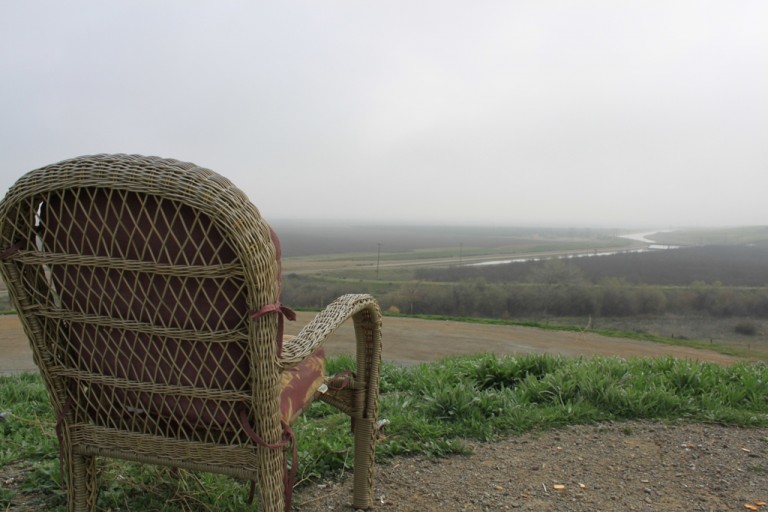 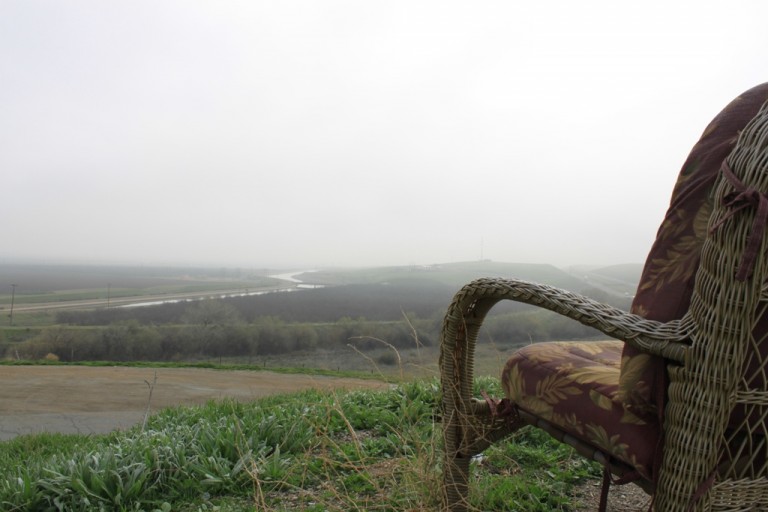 These pictures were taken at the vista points, so as I travel back and forth in the upcoming months, it will be interesting to track the changes through the seasons in the Central Valley.