Last month, I attended a conference in downtown LA.  On the last night, I took a hotel room and stayed around for the cocktail reception on the 51st floor of a skyscraper, and then went for a stroll around downtown afterwards. 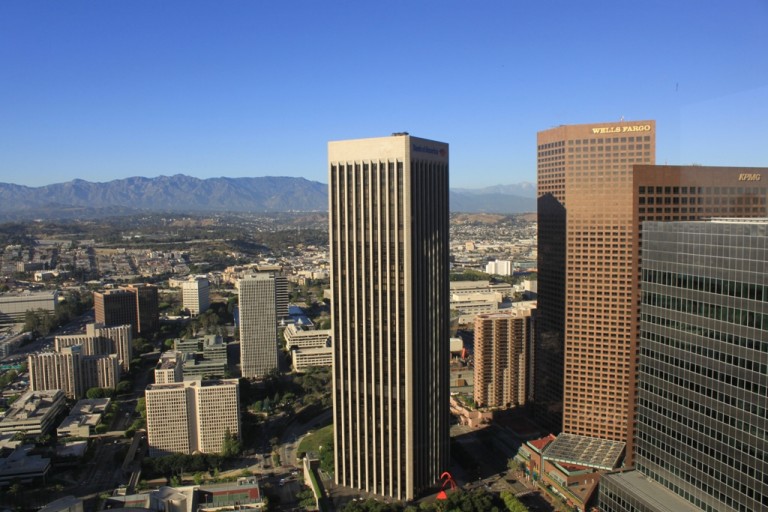 One thing about being up on the 51st floor: you can see what’s on the top of some of these buildings – helipcopter pads. 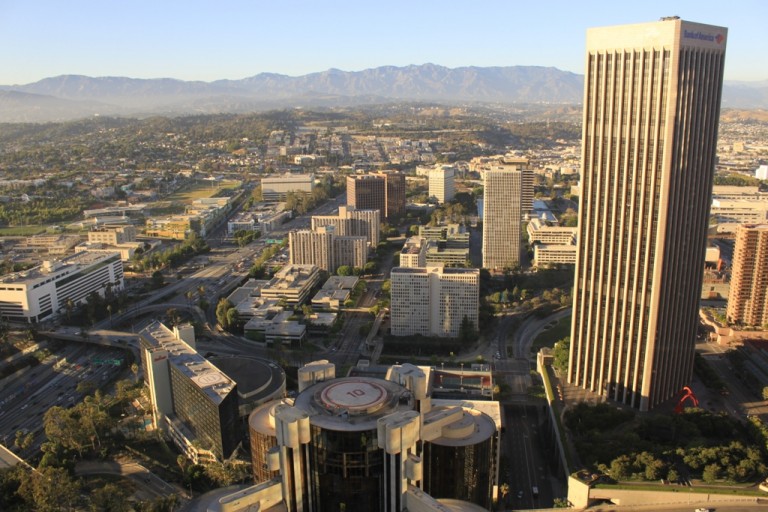 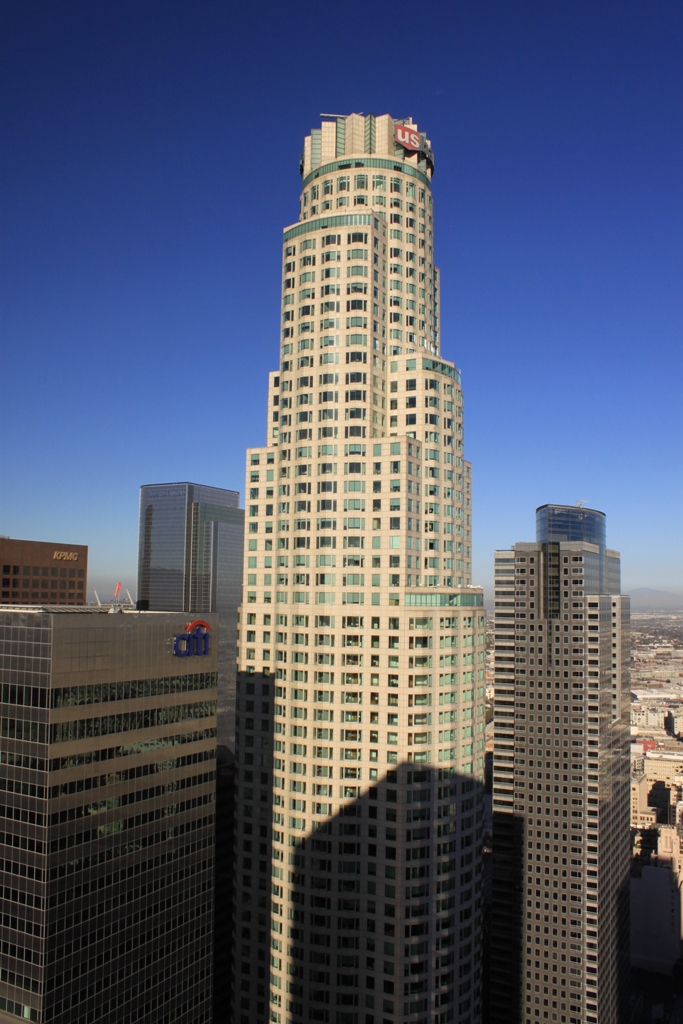 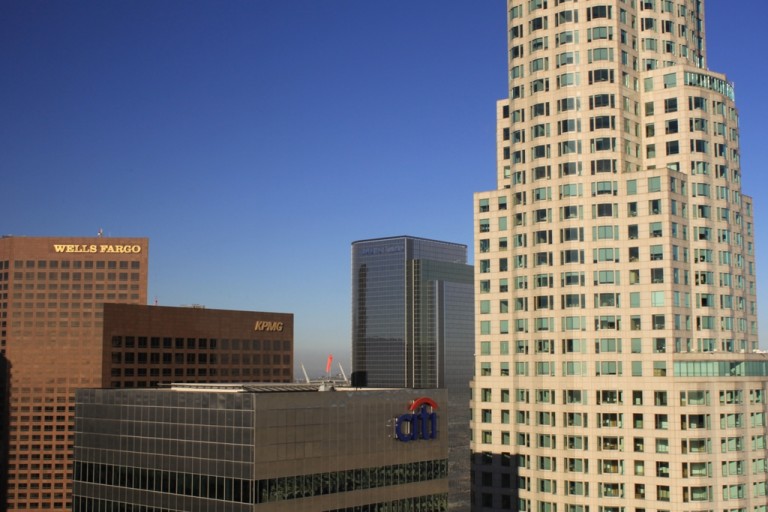 I think this is the view towards the west and the ocean (below) – Century City area.  That’s probably not all entirely smog but the marine layer moving in. 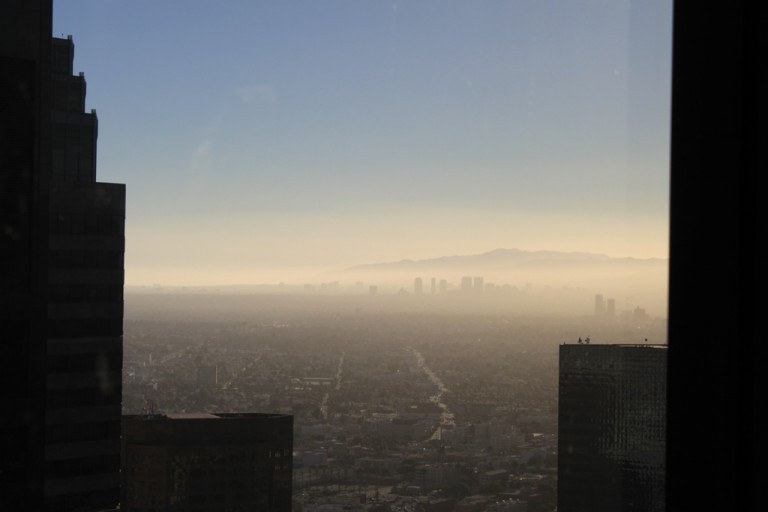 After the reception, I headed out for a stroll around downtown.  I rarely come down here so it was fun to explore this part of the city. 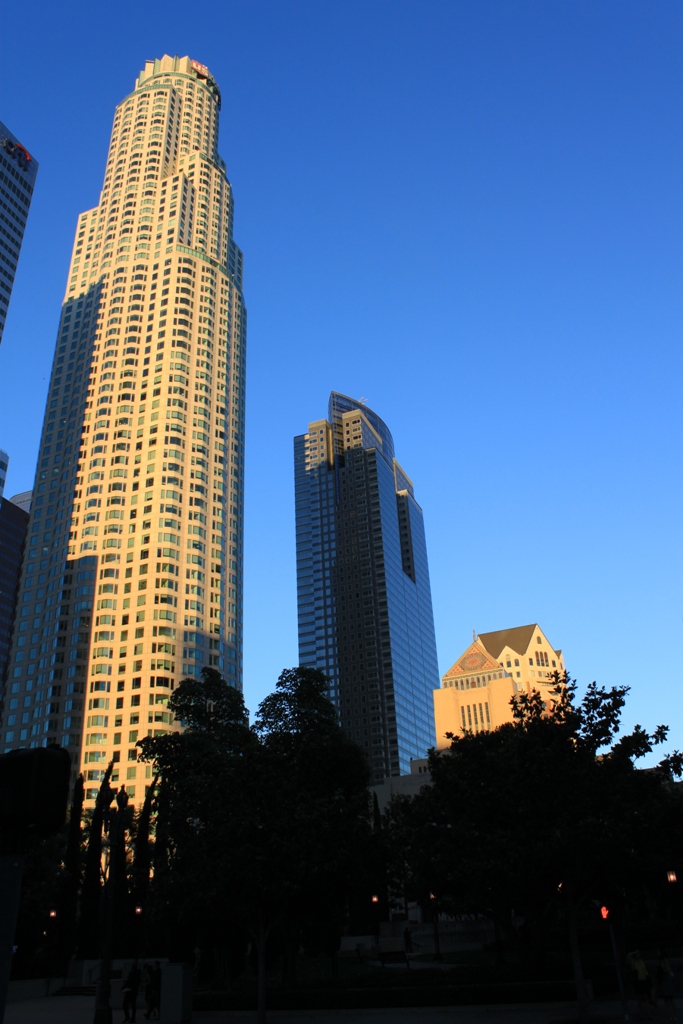 The real challenge to taking pictures in a skyscraper jungle is how to frame shots in different ways than always looking up. 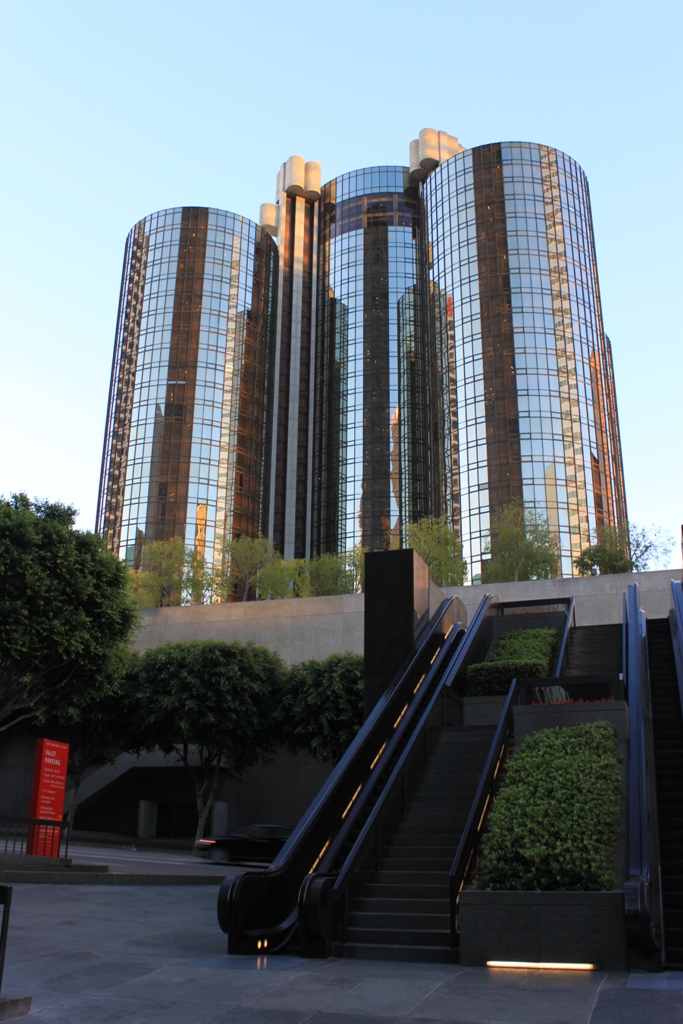 Reflections in the windows are cool … 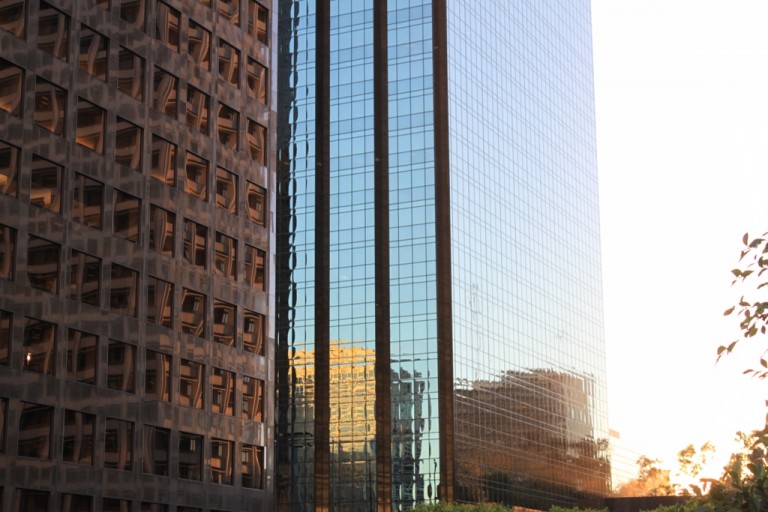 Downtown really clears out when the working crowd goes home, so the streets were nearly deserted. 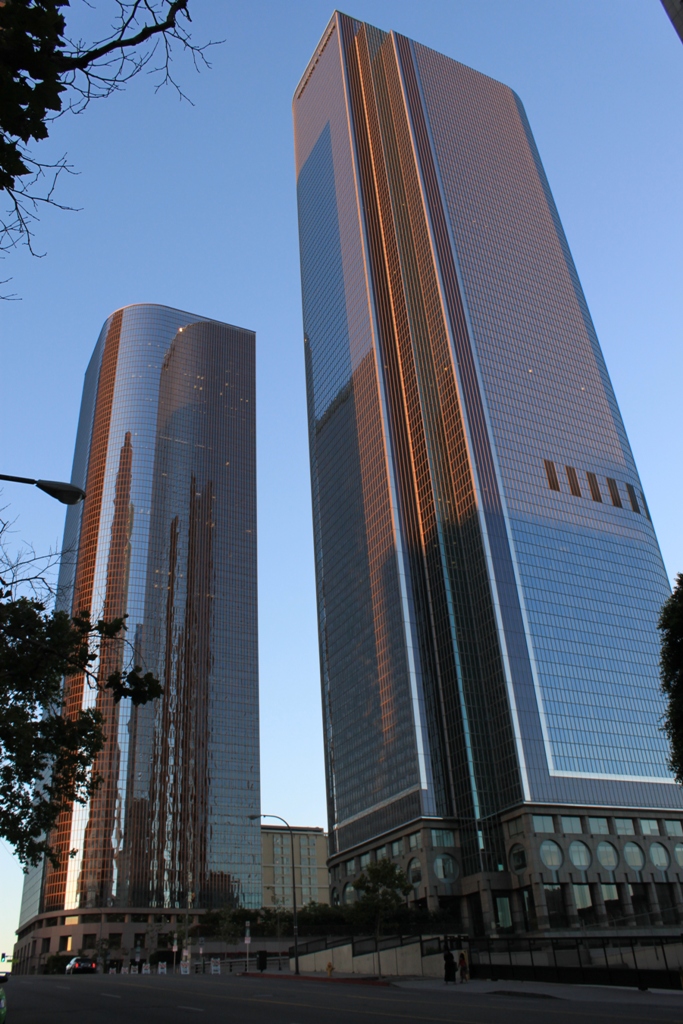 There’s a lot of public art here in front of the buildings.  This one is called “Urban Rocker”. 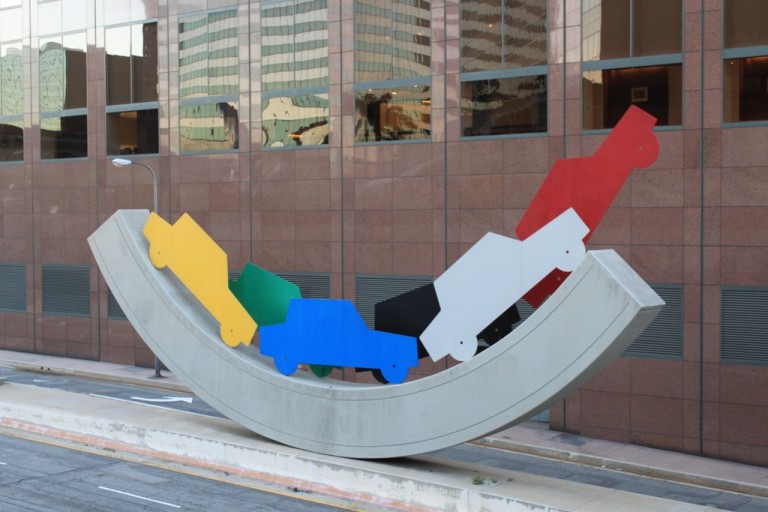 There are also a lot of water features. 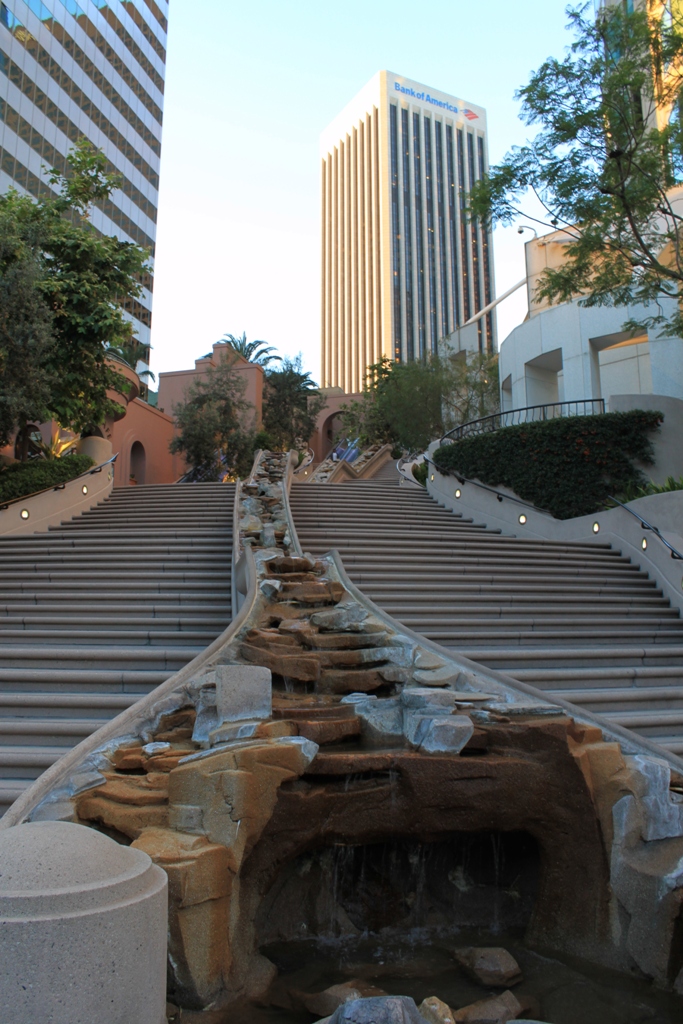 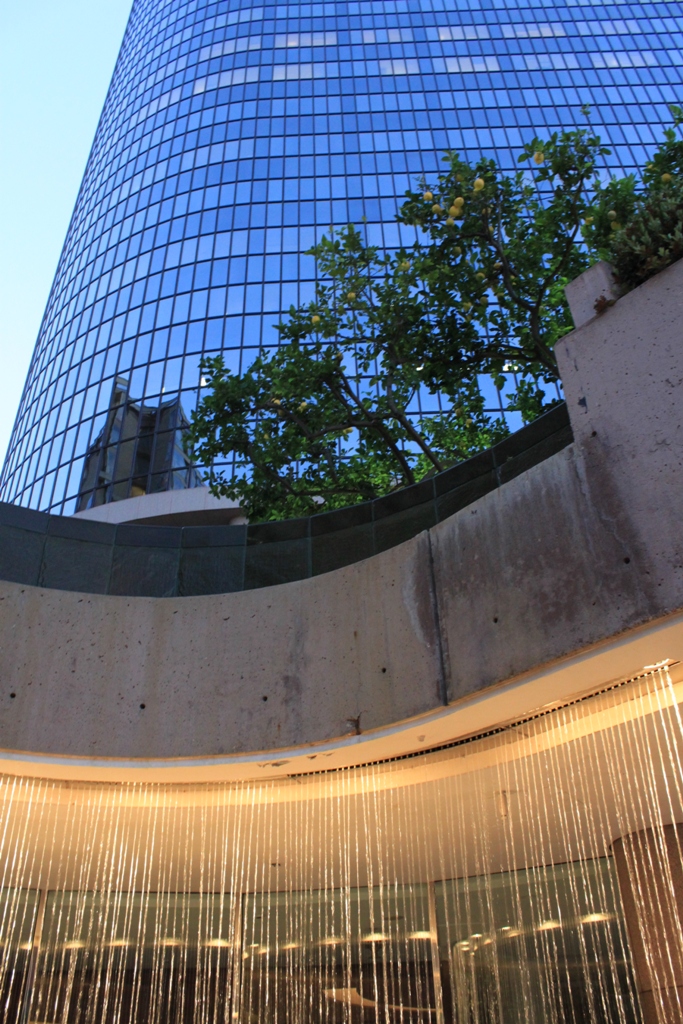 I spent some time at the Walt Disney Concert Hall (see post below).  There were other places I wanted to visit, such as the Cathedral of the Angels, but I was losing the light and needed to return to my hotel.  However, I plan to return in the fall and take a day-long photography trip through downtown. 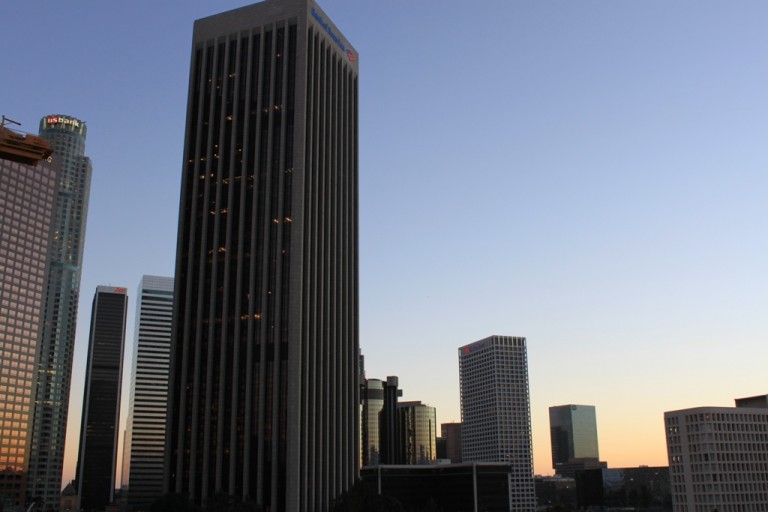 So long from downtown LA!