While on a tour of the Colorado River region, we stopped at Lake Havasu City. The sun was setting, the weather was pleasant, and I had the option to walk over to the restaurant, and after a long day on the bus, it was a welcome treat. Lake Havasu City’s claim to fame, besides being a spring break mecca for those who can’t make Cancun, is the London Bridge. 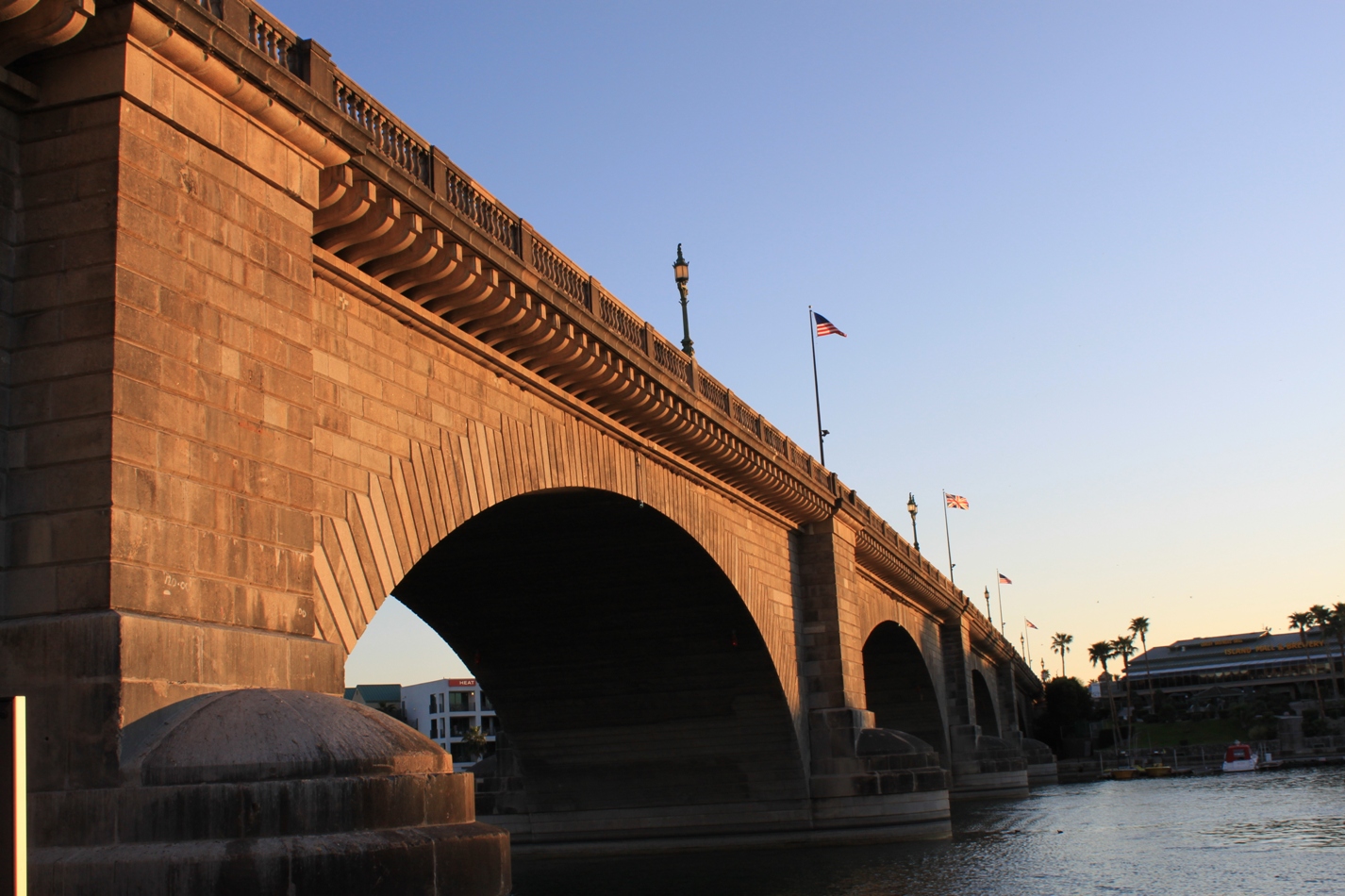 So what is the London Bridge doing out in the middle of the desert anyway, you ask? 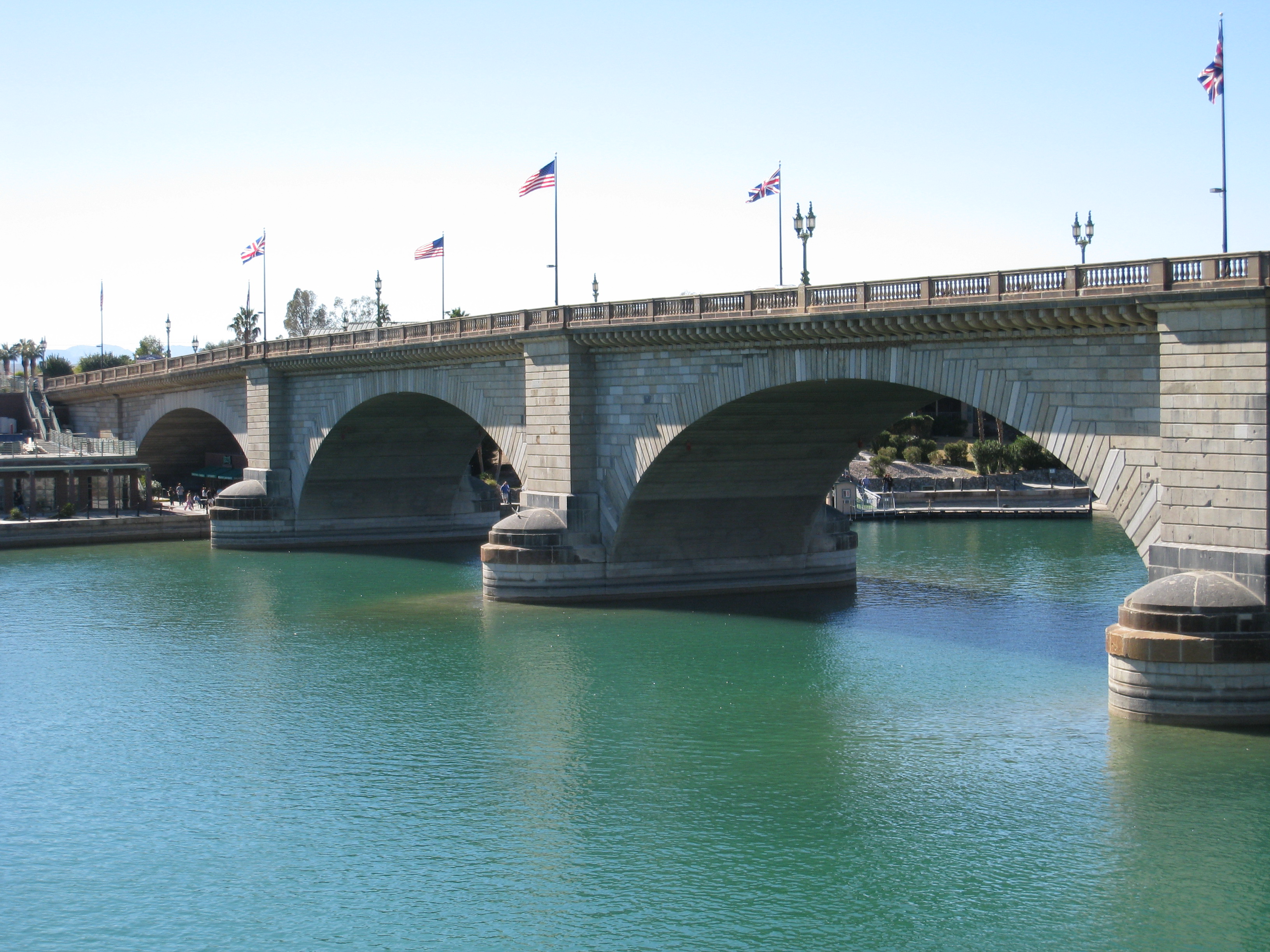 This incarnation of the London Bridge was built in 1831. Here are some pictures of it when it was still in London, below in 1870 (from WikiMedia):

And below, around the 1900s (also from WikiMedia). 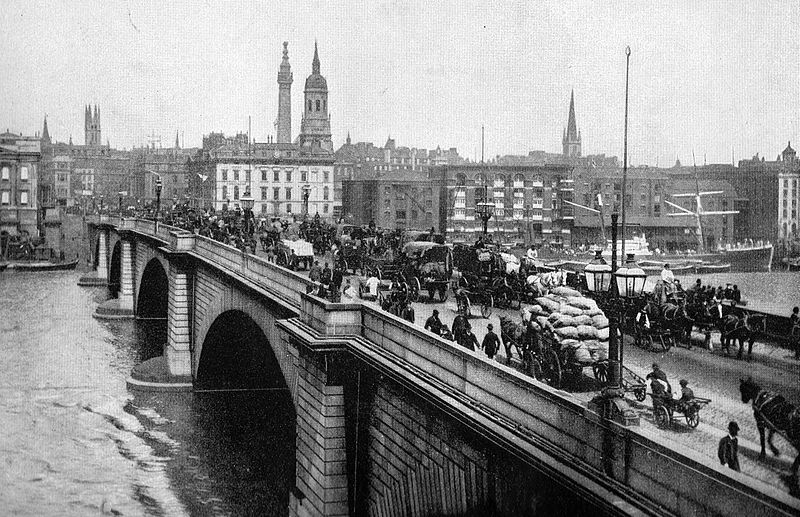 City founder Robert P. McCulloch needed a tourist attraction, and the London needed to get rid og a bridge.  In 1967, the City of London went looking for a buyer;  McCulloch produced the winning bid of $2,460,000.  This statue depicts McCulloch and city master planner C.V. Wood, presumably watching over the construction of the bridge. 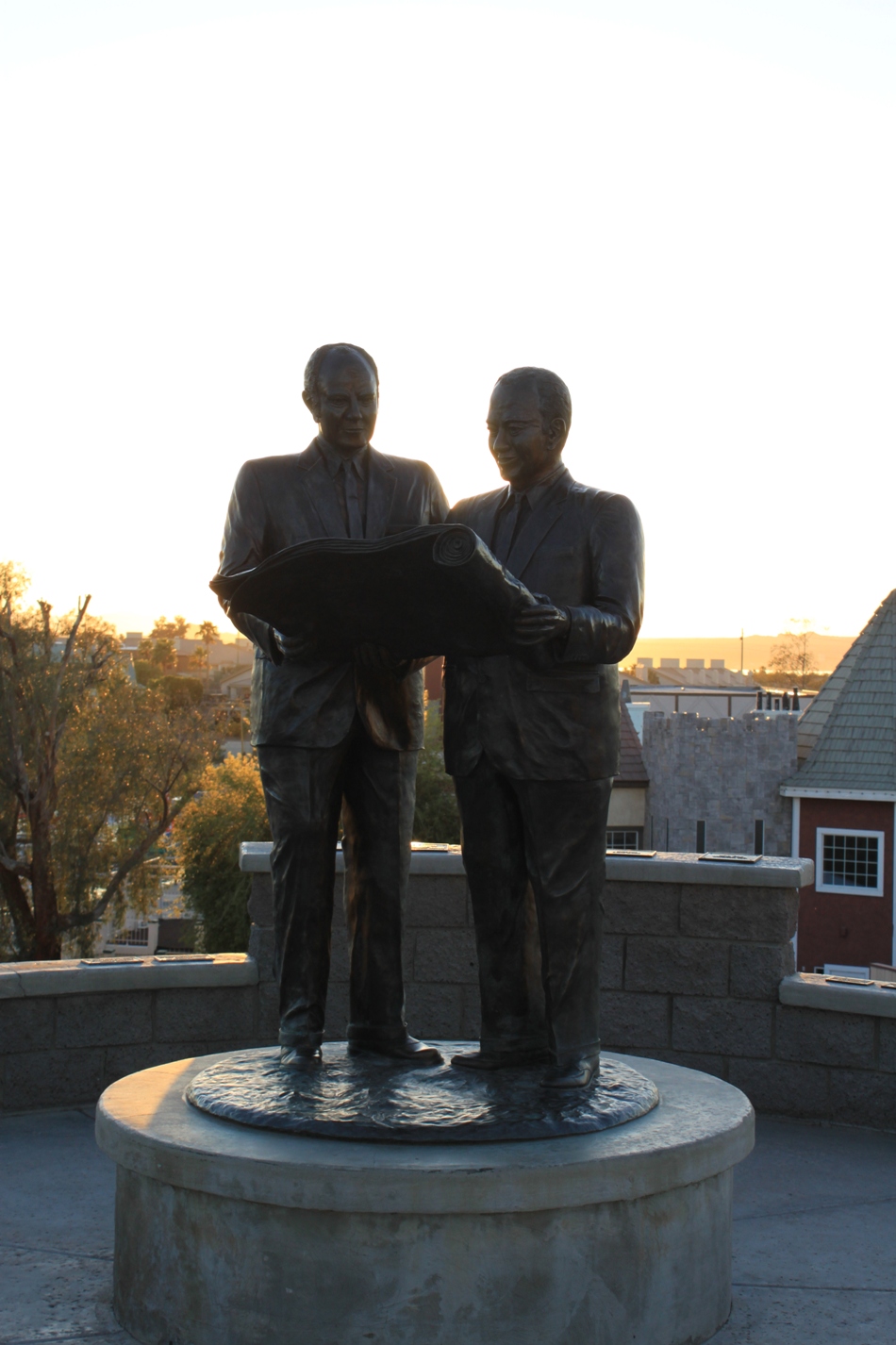 It took 3 years and almost twice the cost of the bridge – $4,500,000 – to transport and rebuild the it.  Here’s a picture during the reconstruction, dated March of 1971, from WikiMedia: 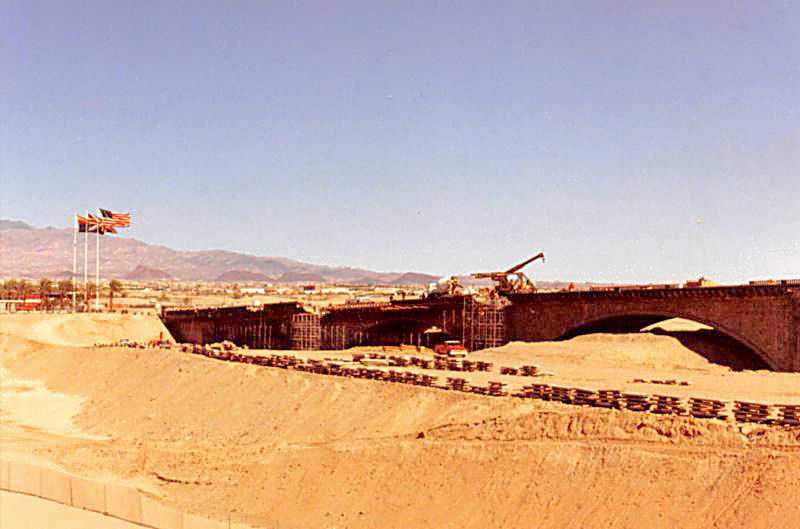 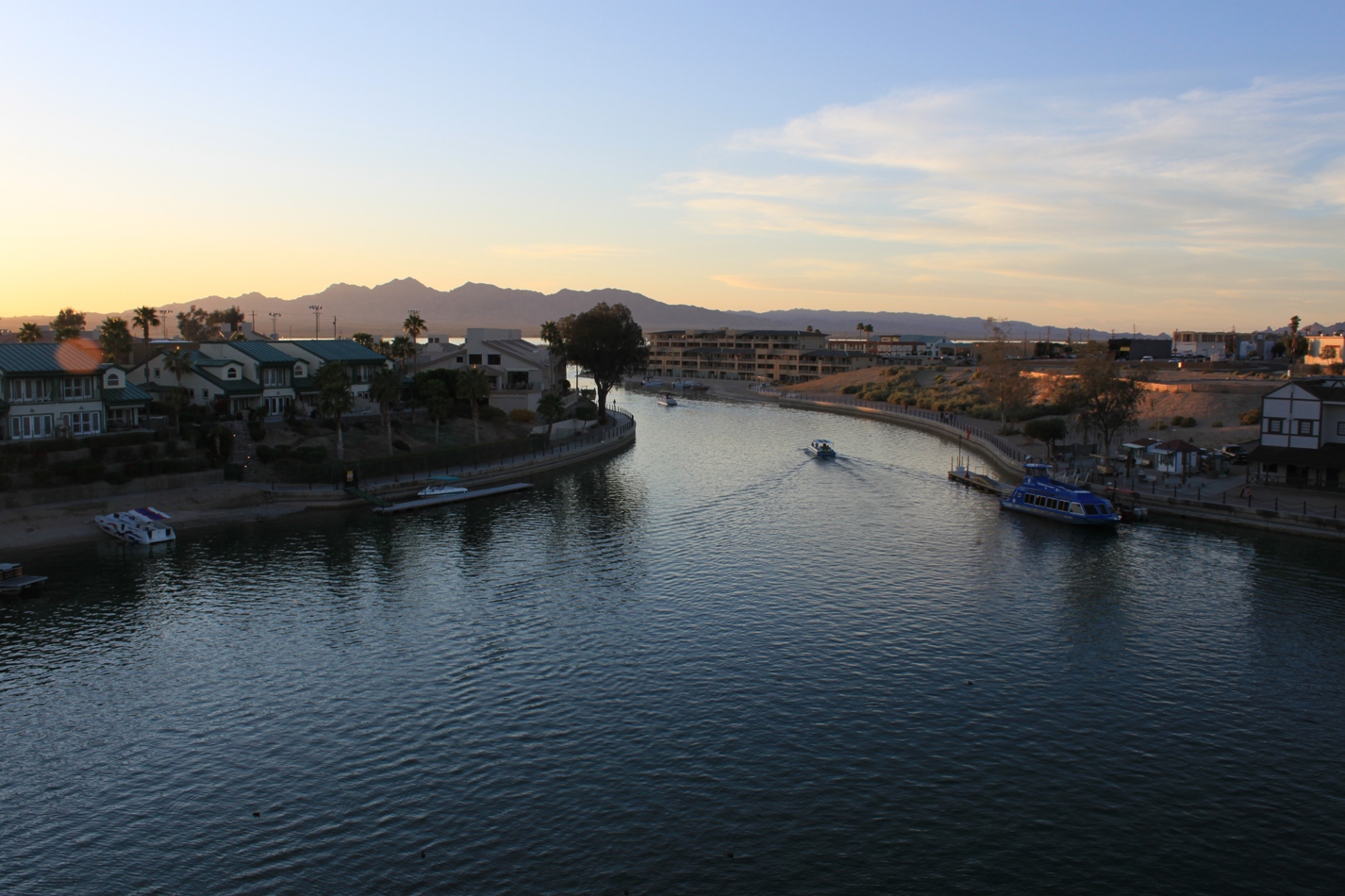 As you can see, I’m losing my light so I’m going to borrow some pictures of when we visited a few years back.  It was the middle of the day so the lighting is much better: 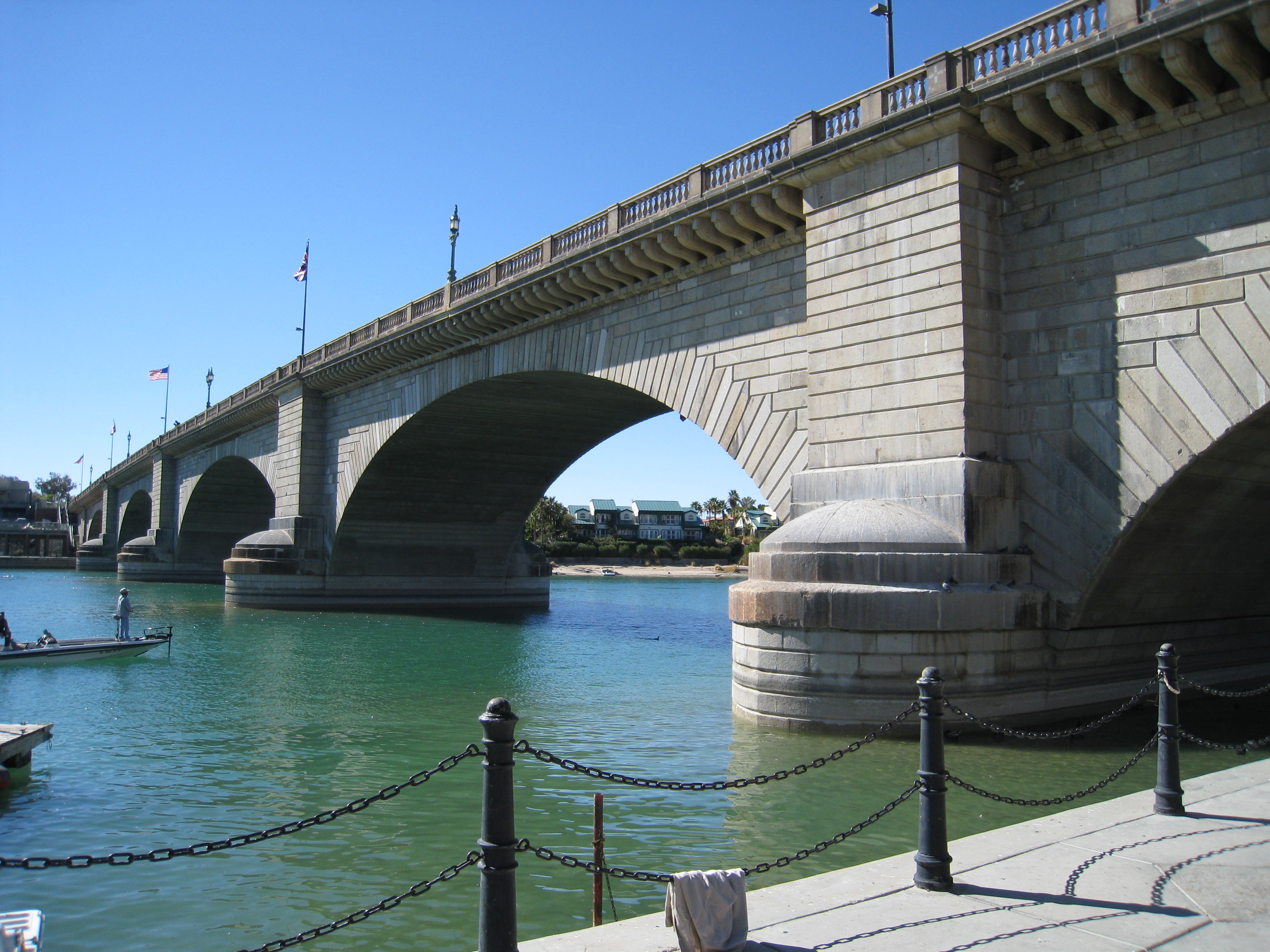 The street lamps on the bridge are original: 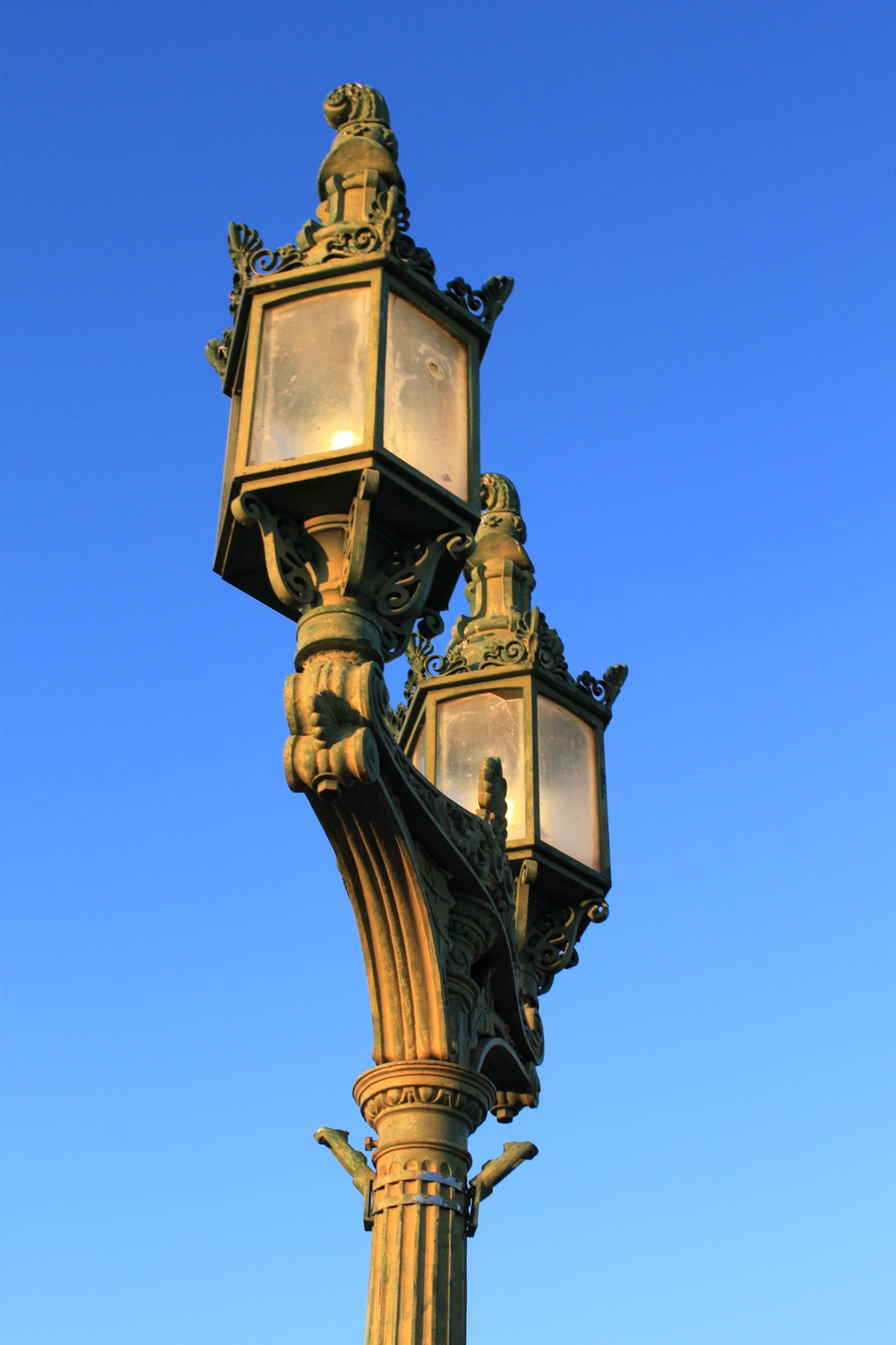 … here’s the inscription on the base: 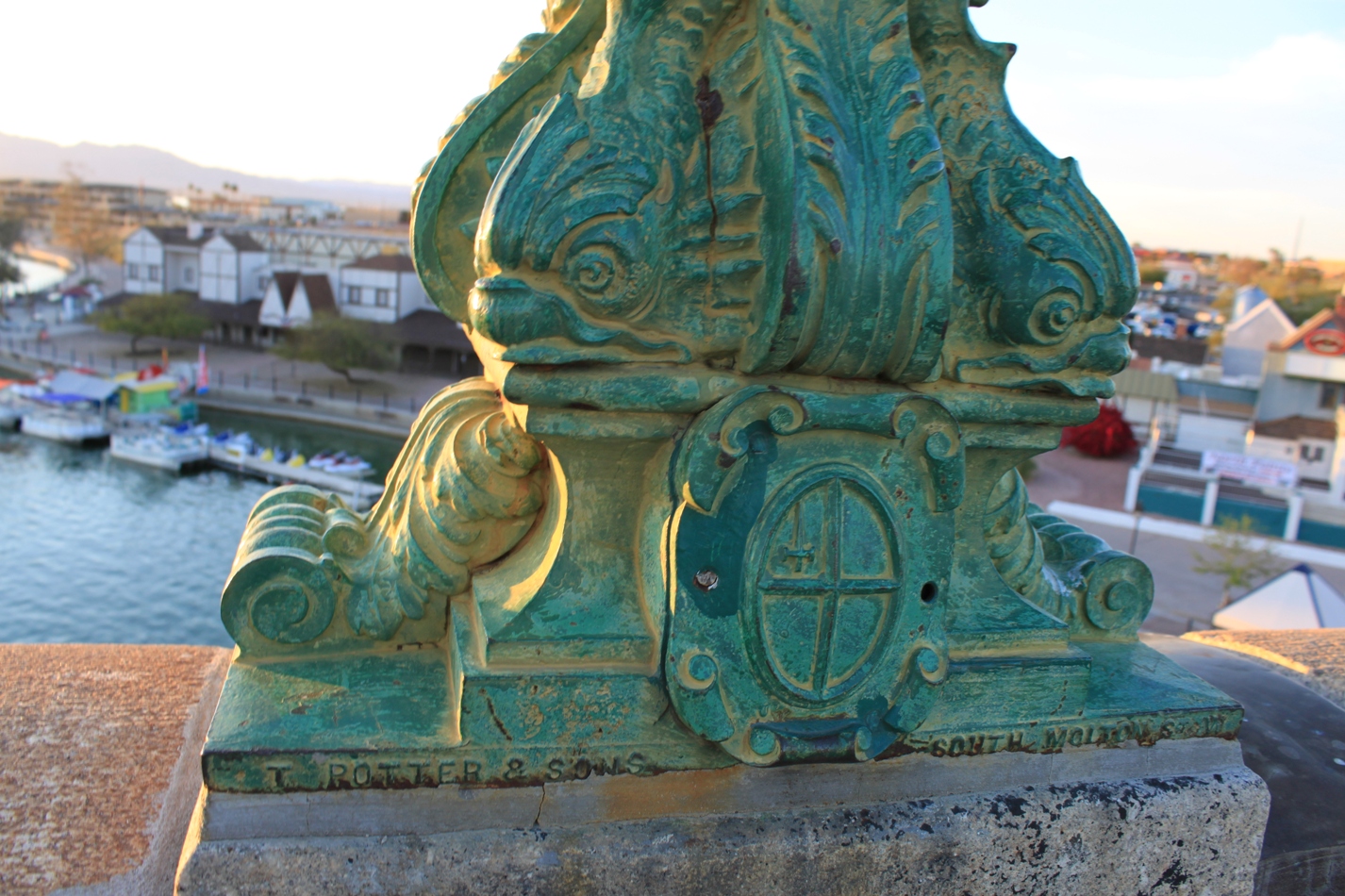 Now besides the London Bridge, Lake Havasu is also known for it’s spring breakers – this is my obligatory spring break bikini-clad babes picture – just having written that will juice up the hits on this post 🙂 … 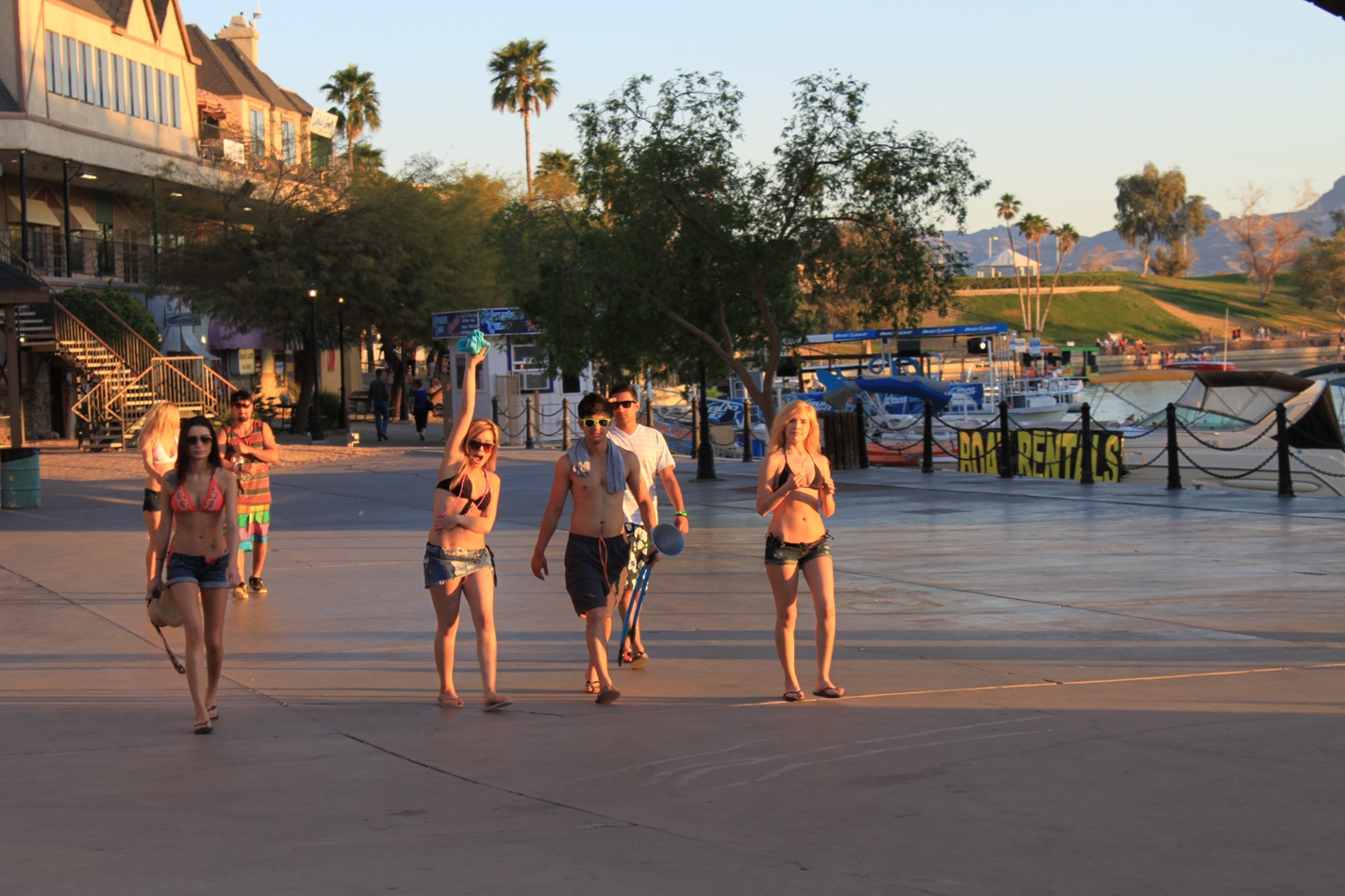 and Lake Havasu is also known for boats.  On this particular day, there weren’t that many, but on a holiday, this channel can be filled up with boats and other watercraft. 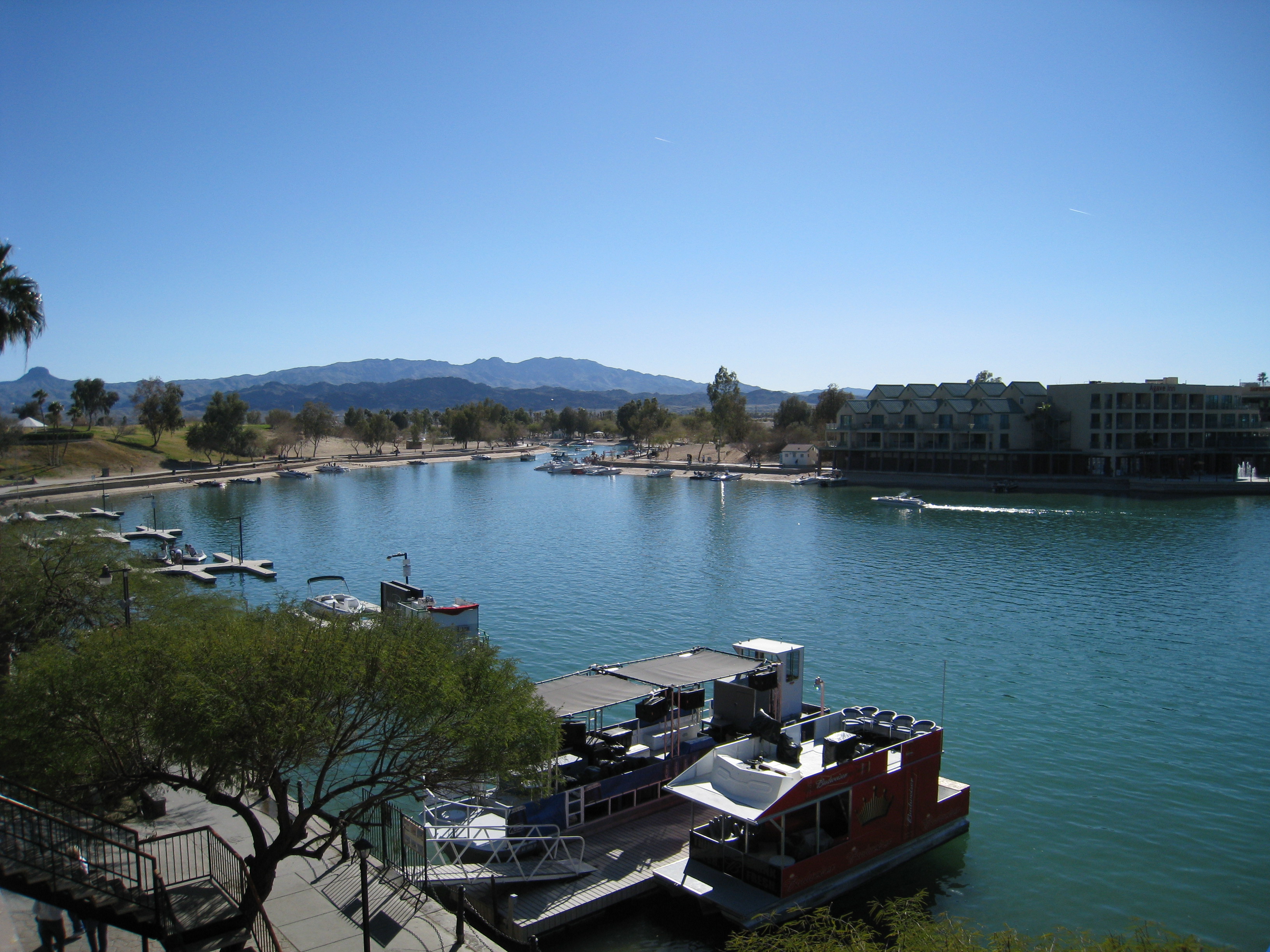 Lake Havasu is on the Colorado River, south of Hoover Dam and Lake Mead. 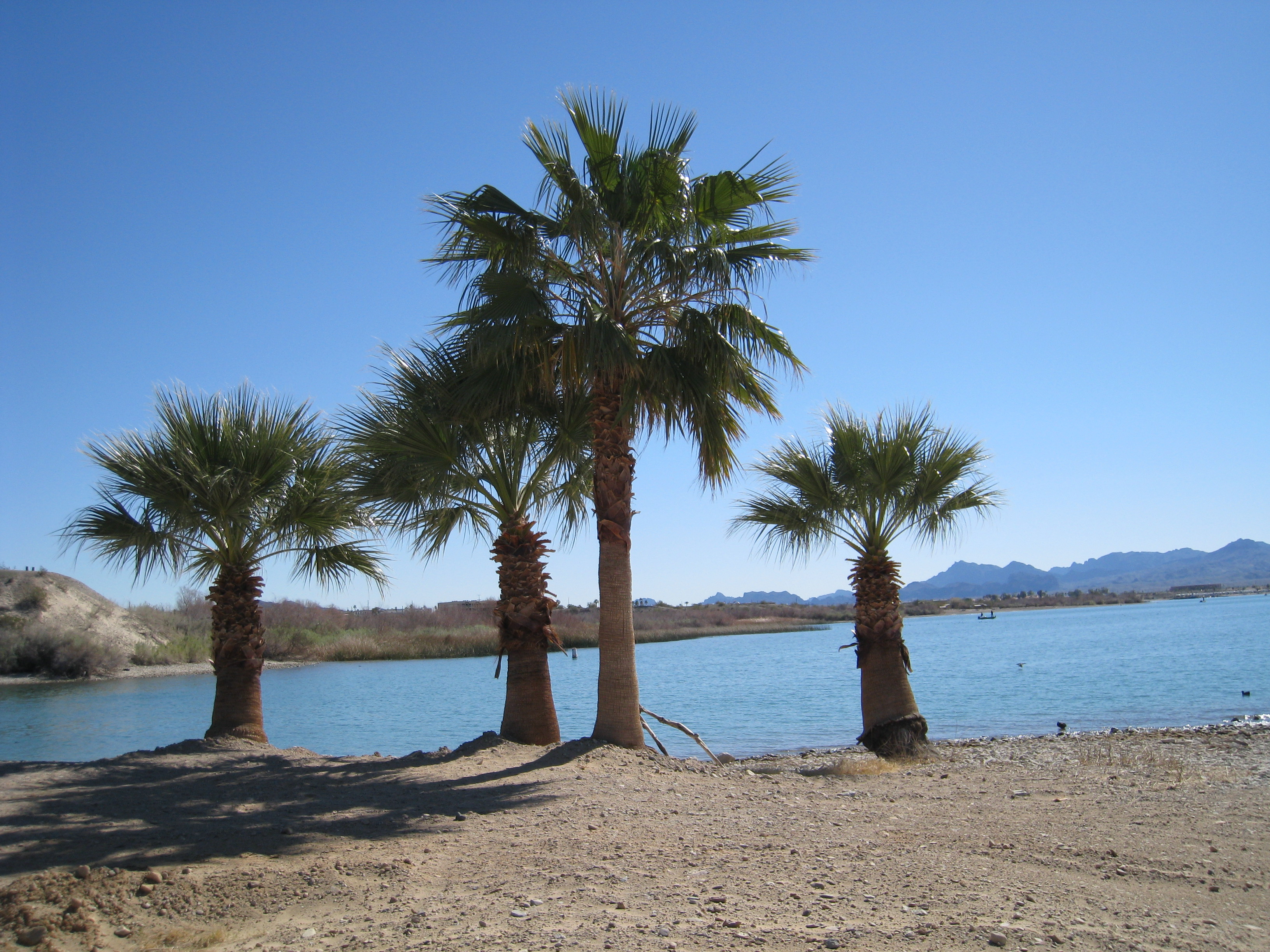 It is created by Parker Dam. 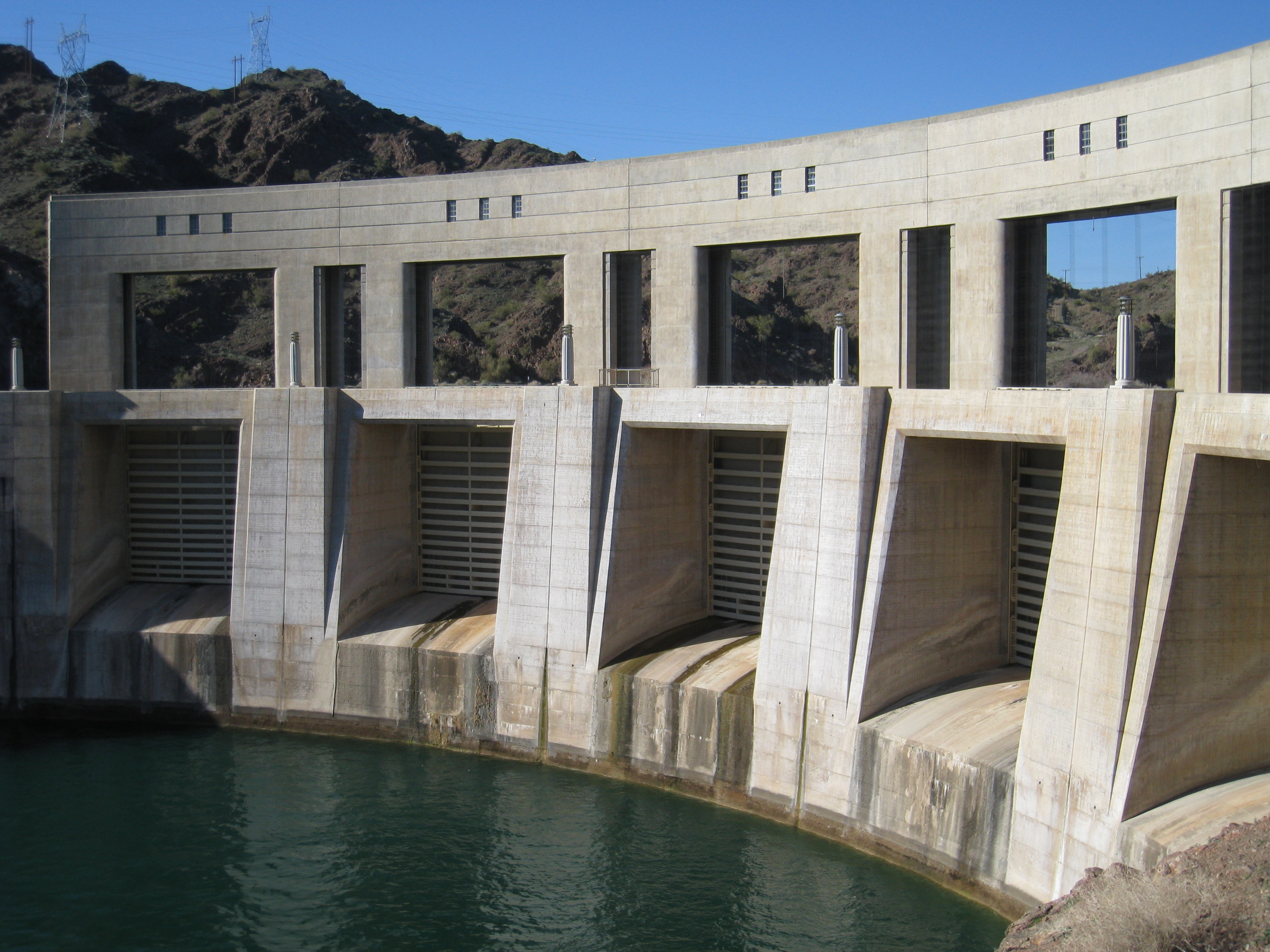 Lake Havasu is a small reservoir – only 648,000 acre-feet, which is small by Colorado River standards … 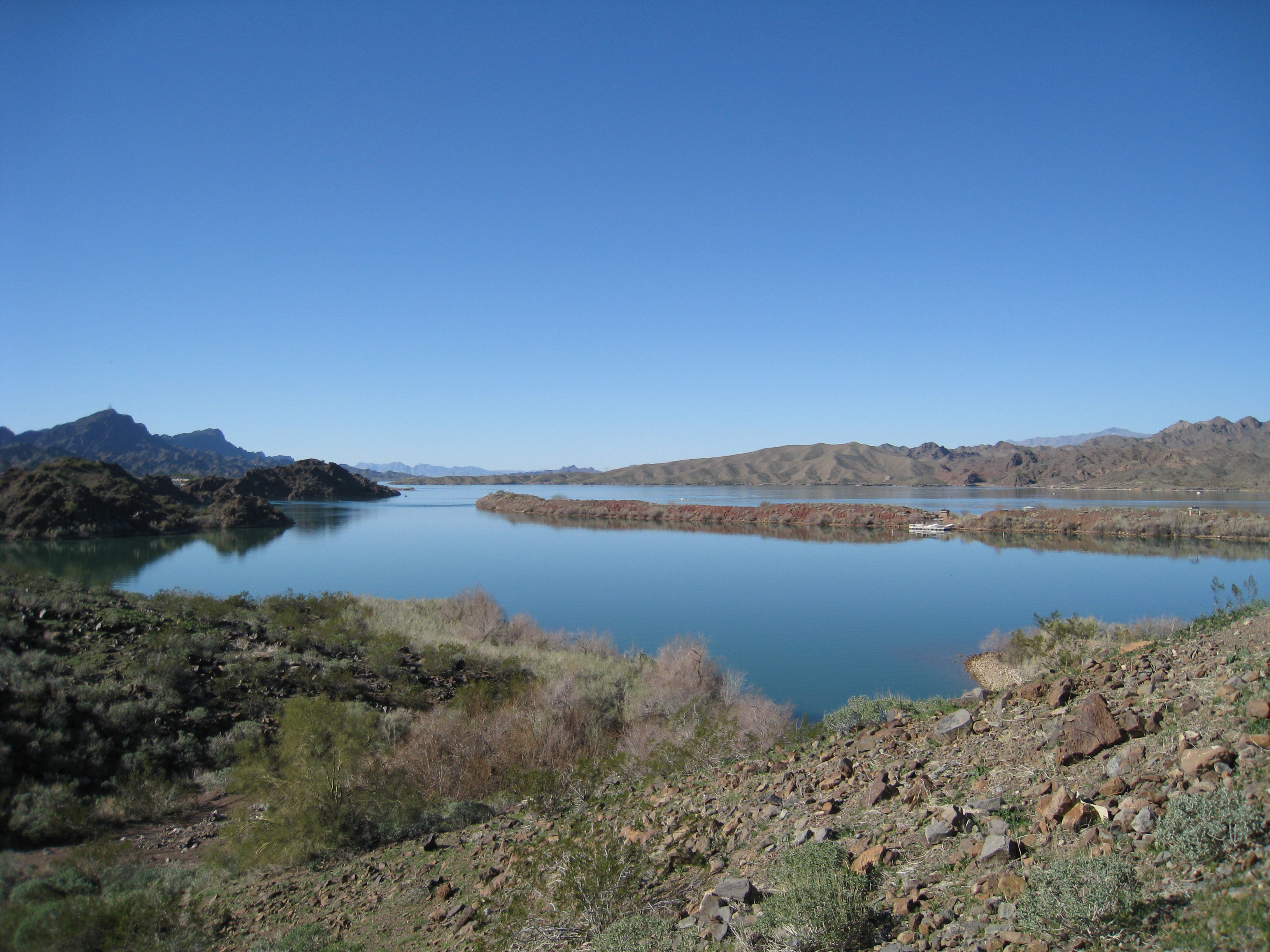 … but water storage is not its purpose (photo below by Bureau of Reclamation). 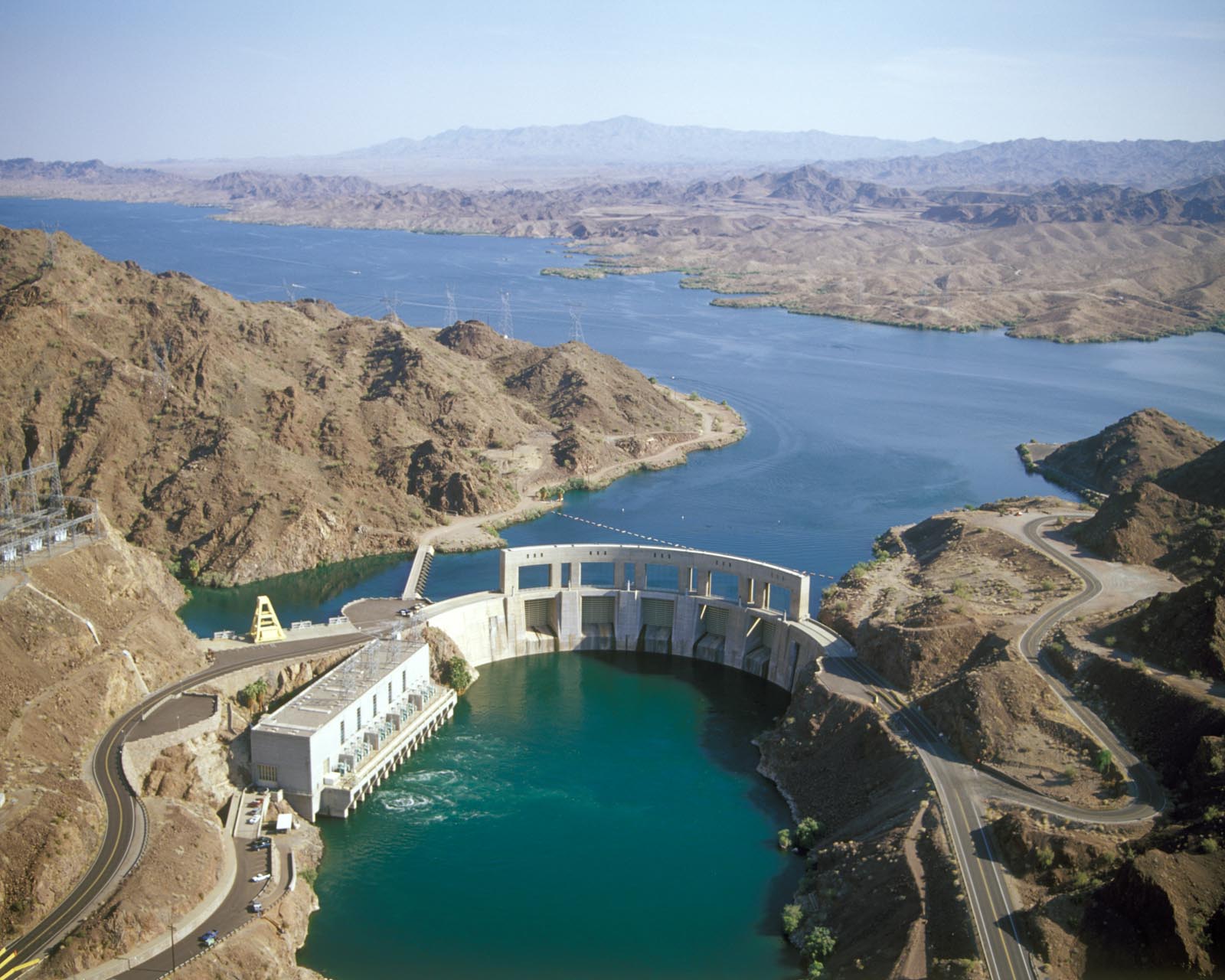 Lake Havasu’s function is to be a forebay for the pumps for Metropolitan Water District’s Colorado River Aqueduct (picture below by the Bureau of Reclamation): 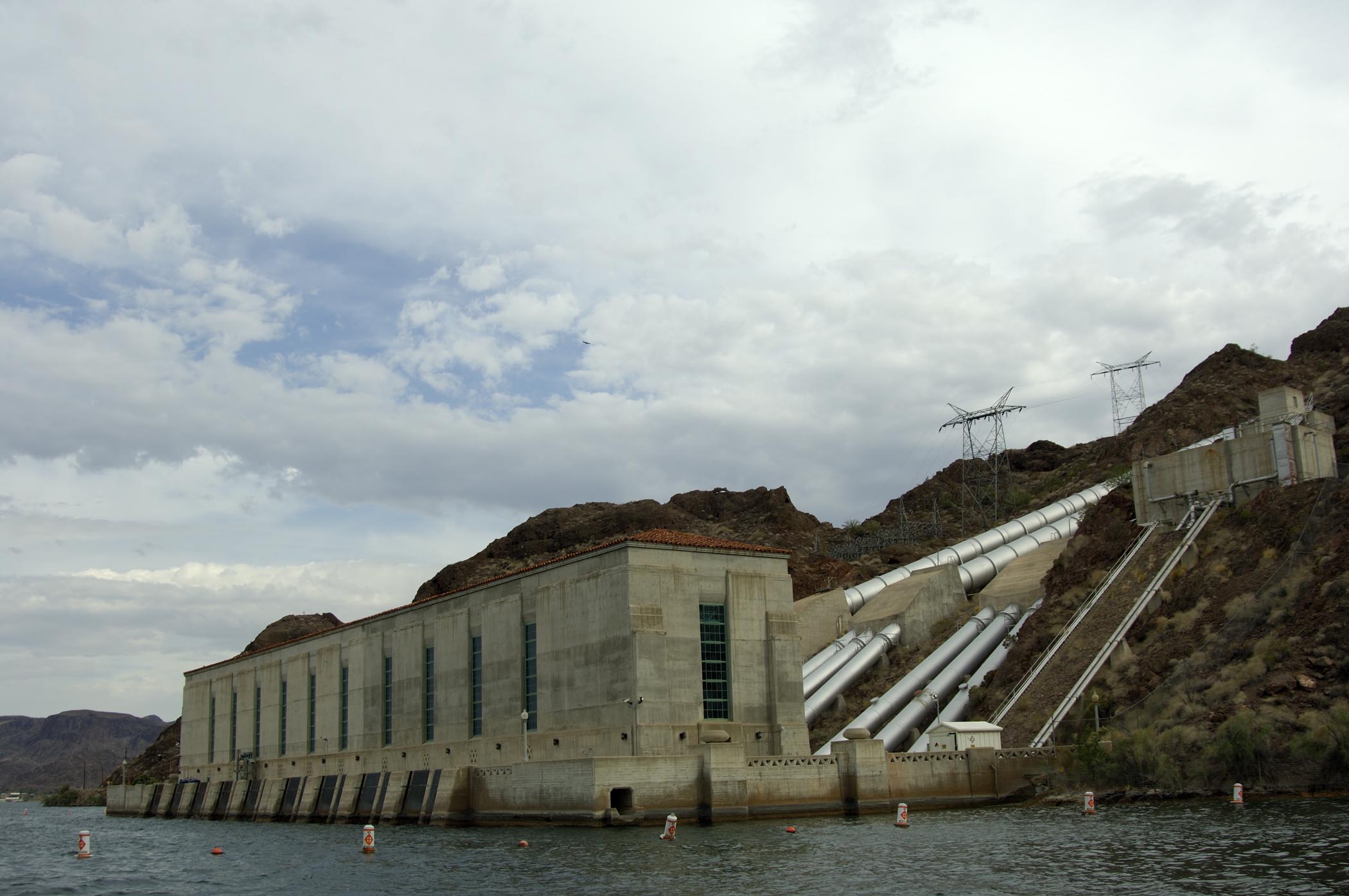 … and for the Central Arizona Project’s pumping plant, both of which are located at the south end of the lake. 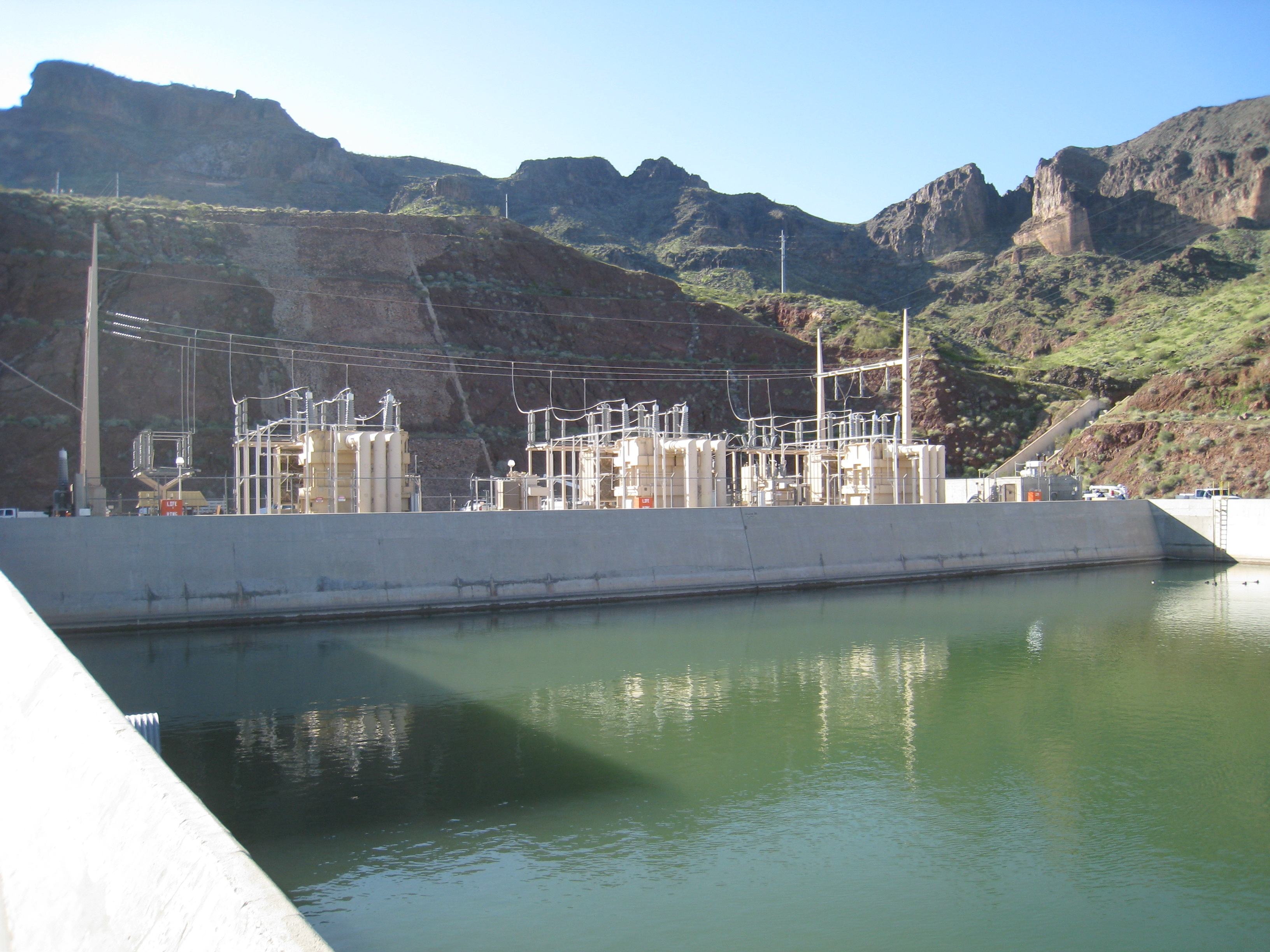 Here are the pipes of the Whitsett Pumping Plant up close. 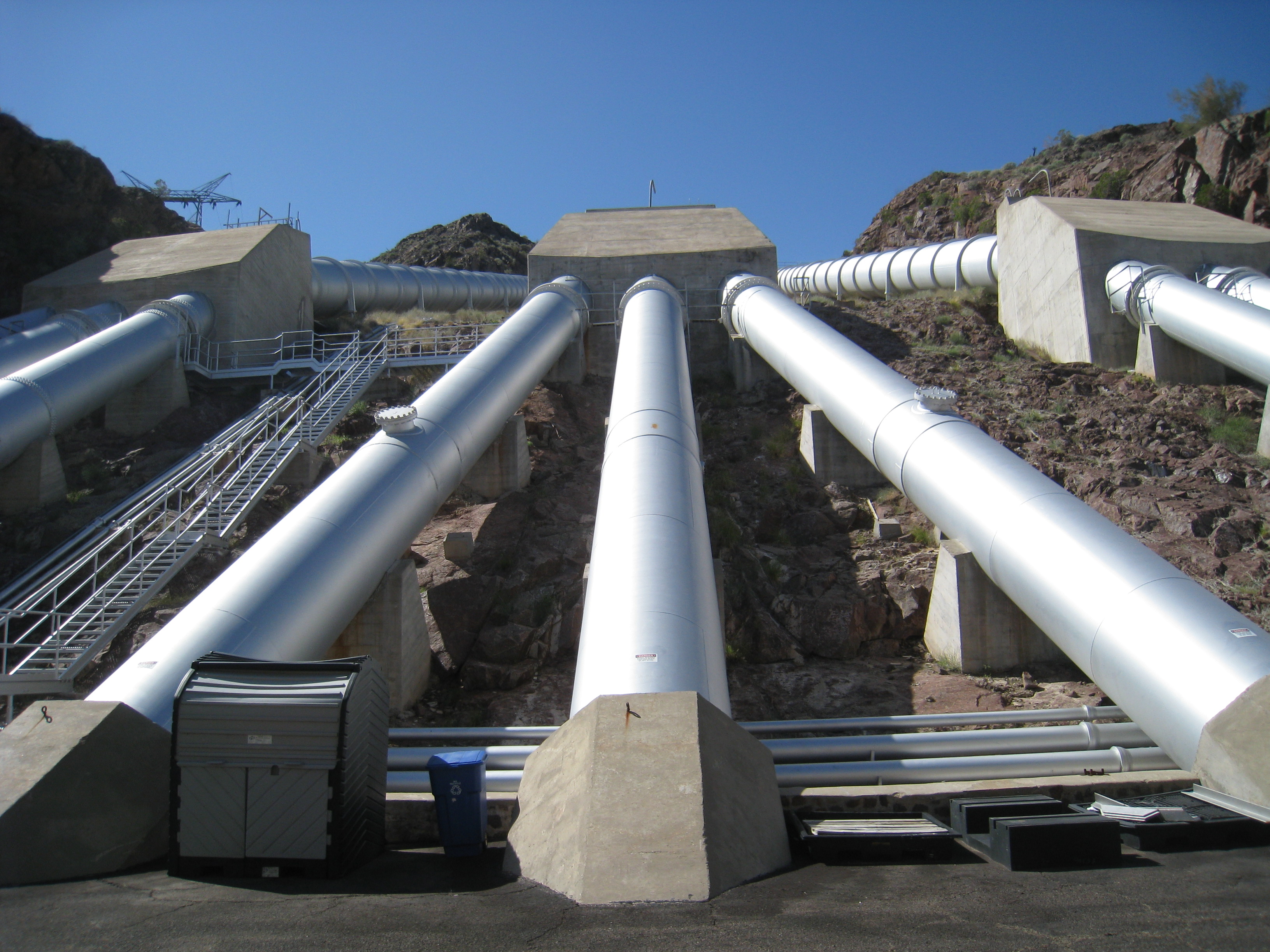 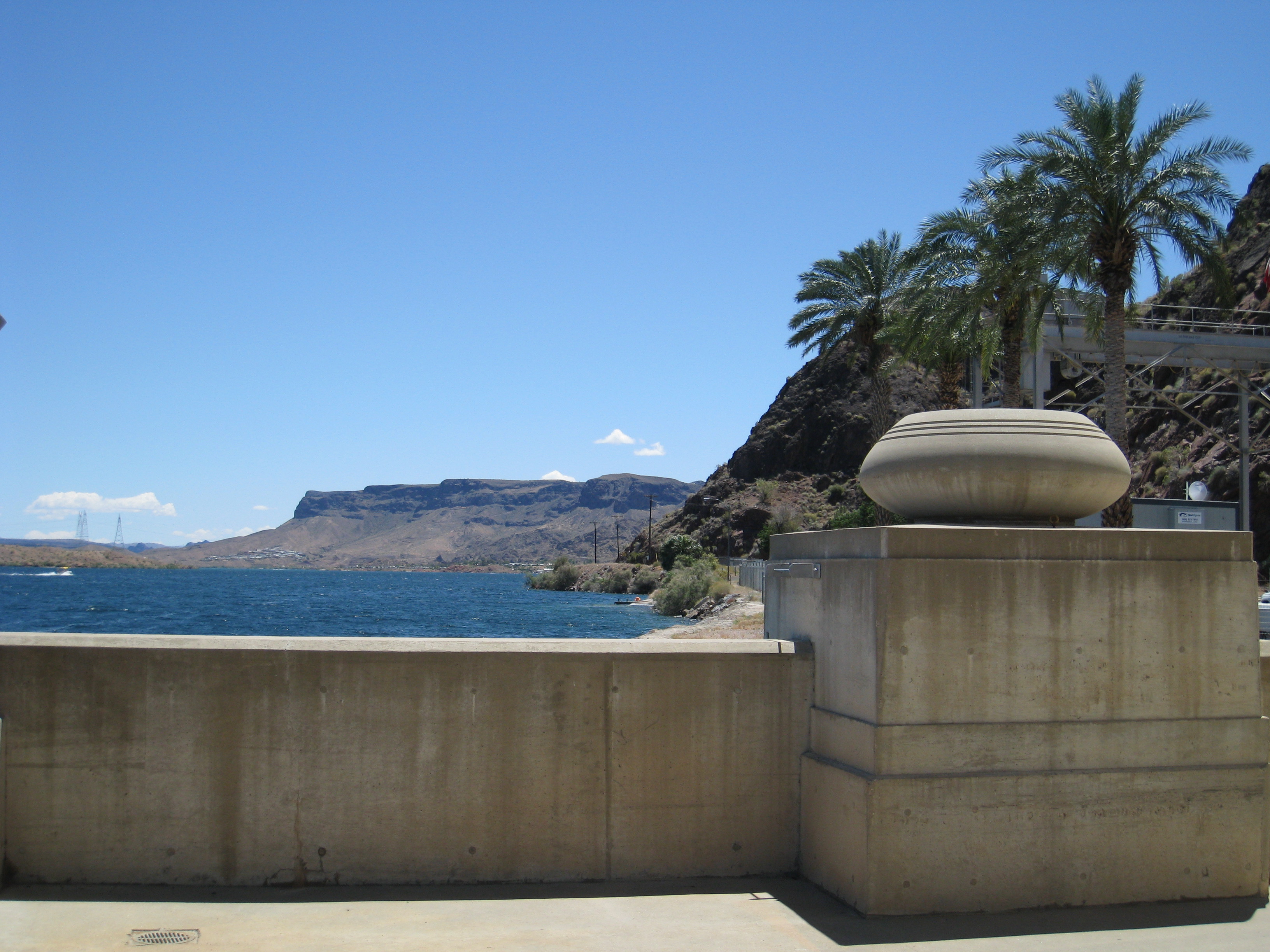 For more information on London Bridge and Lake Havasu:

One thought on “London Bridge and Lake Havasu City”