Since our road trip to the Carrizo Plain National Monument back in May, I have become interested in the San Andreas Fault, you know – the BIG fault that lies sleeping beneath our feet.   Knowing that I lived just miles from the plate boundary, I set on a mission to figure out just where it was.  Maybe I just want to know how far I have to swim if the big one hits and Southern California falls into the ocean.  Good to know it’s not too far!

The San Andreas Fault starts at the Salton Sea, and stretches northward, slicing off Southern California, leaving it on the Pacific Plate while the rest of the continent is sitting on the North American Plate.  I knew the plate boundary existed somewhere around Palmdale; I had crossed it countless times heading north on SR-14.

So with the help of the book, “Field Guide to the San Andreas Fault“, I went in search of the fault.  Turns out that the road cut on SR-14 on the north side of Palmdale Lake cuts through the fault itself, and it looks like this: 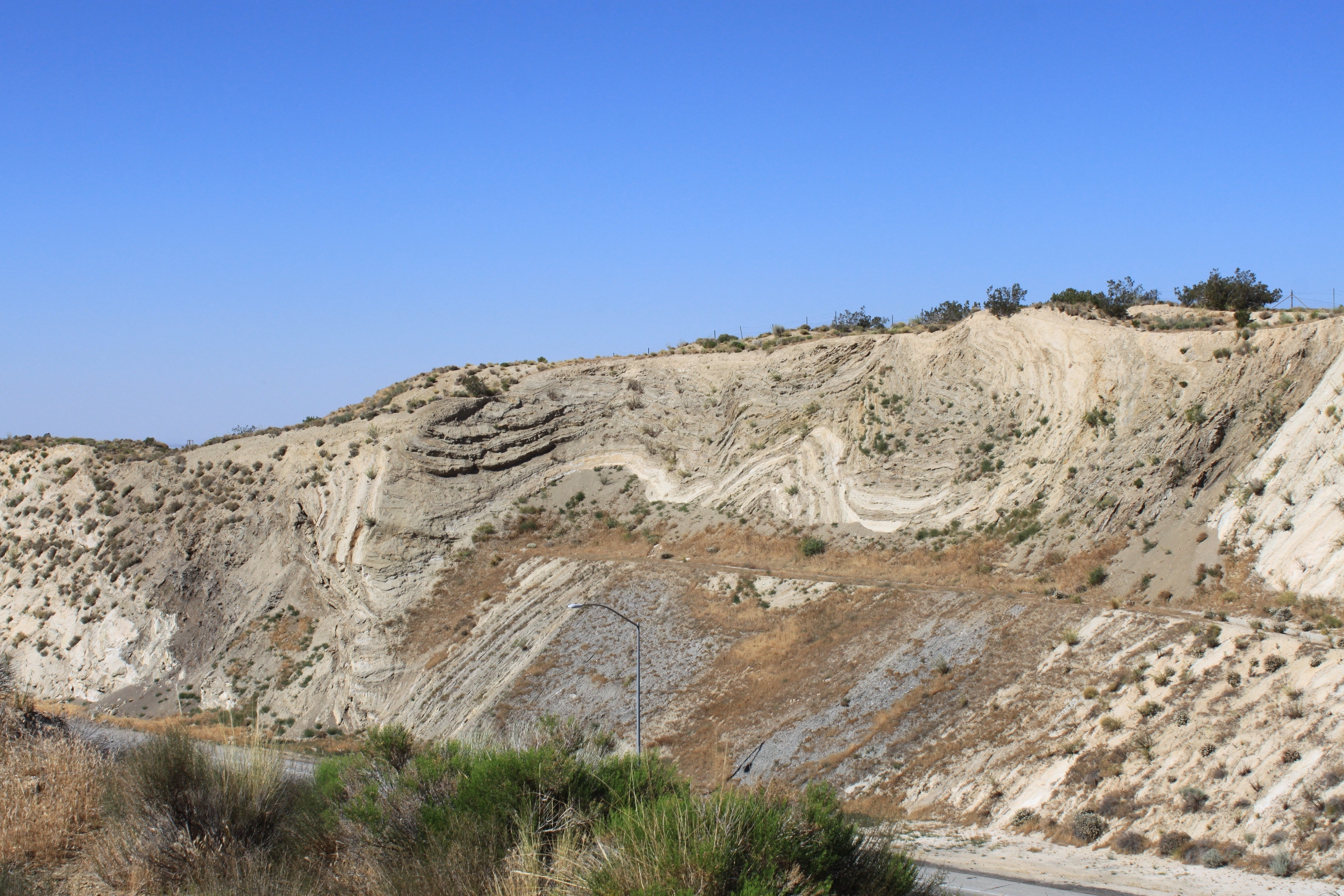 All that twisted earth shows what how much the fault has been torturing the earth here.  The road cut shows a folded slice of Pliocene Anaverde Formation, mostly shales and siltstones.  This view of the fault is one of the best in all of California (so the book says).  It is not marked; you just have to know it’s there.  This is the western facing side of the road cut, which is located on the eastern side of SR-14, just north of Lake Palmdale, best seen in the afternoon.

If you want to view this yourself, exit SR-14 at Avenue S.  Head west on Ave S; turn on to the first dirt road you see after the freeway off-ramp.  Park there, and walk up the well-worn trails to the top of the hill to see the road cut.

Here’s a stitched together picture of the entire road cut:  San Andreas Fault at the Palmdale Road Cut

Here is a more sceince-y webpage on the Palmdale road cut: http://strike-slip.geol.ucsb.edu/KESSEL/palmdaleroadcut.html