With the kids gone for the weekend, it was road trip time! So where better to go than the remote Carrizo Plain National Monument, located in the far eastern corner of San Luis Obispo County. 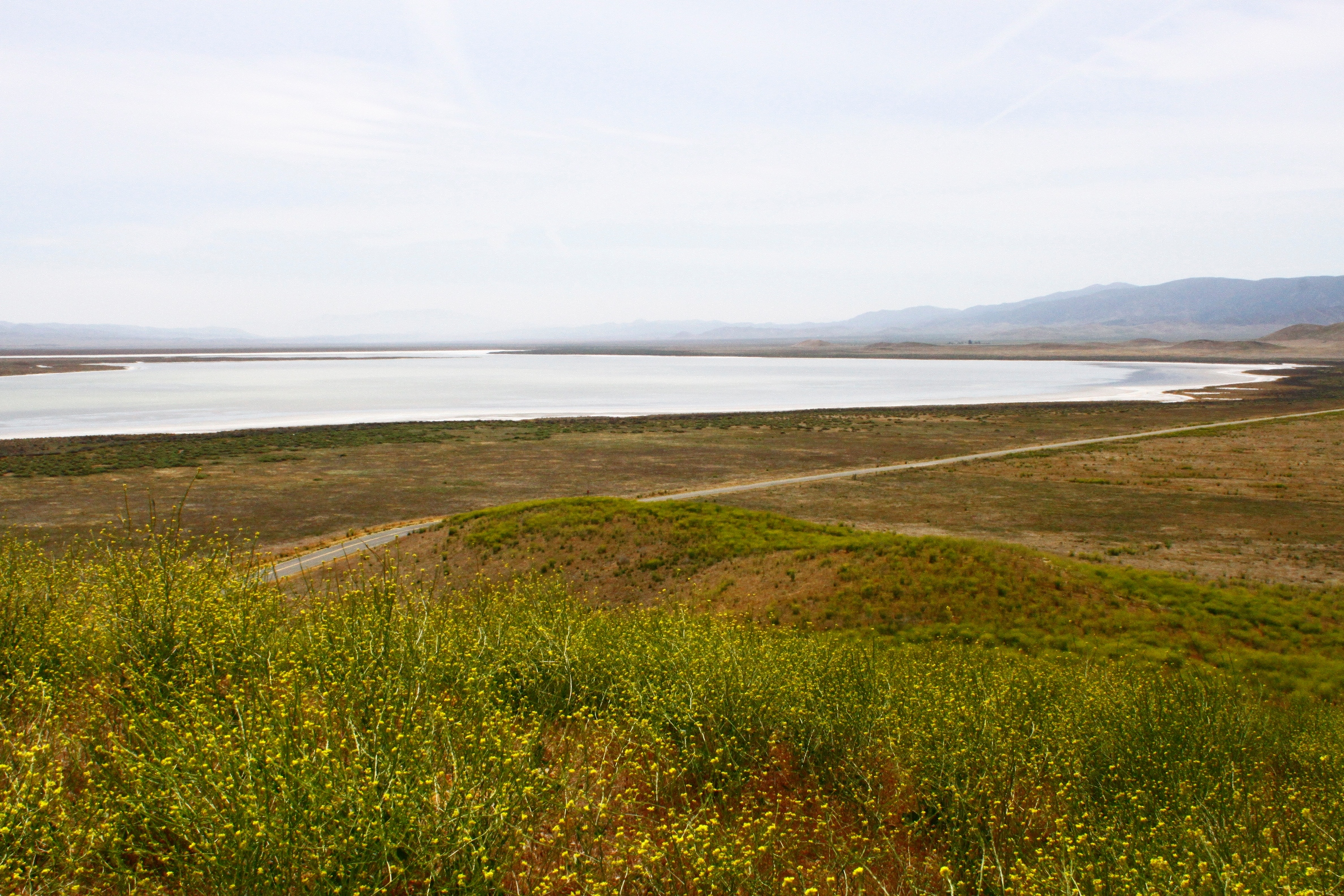 Having only a day to spend there, we left Friday night and stayed up the I-5 off the Stockdale Highway exit.  After topping off the tank, we set out the next morning.

The area is very remote, and knowing that, I had packed snacks and plenty of drinks. I had planned on stopping at a sandwich shop, but there wasn’t one at the road stop where we stayed the night nor much of anything in Buttonwillow, so our snacks would have to do for the day. 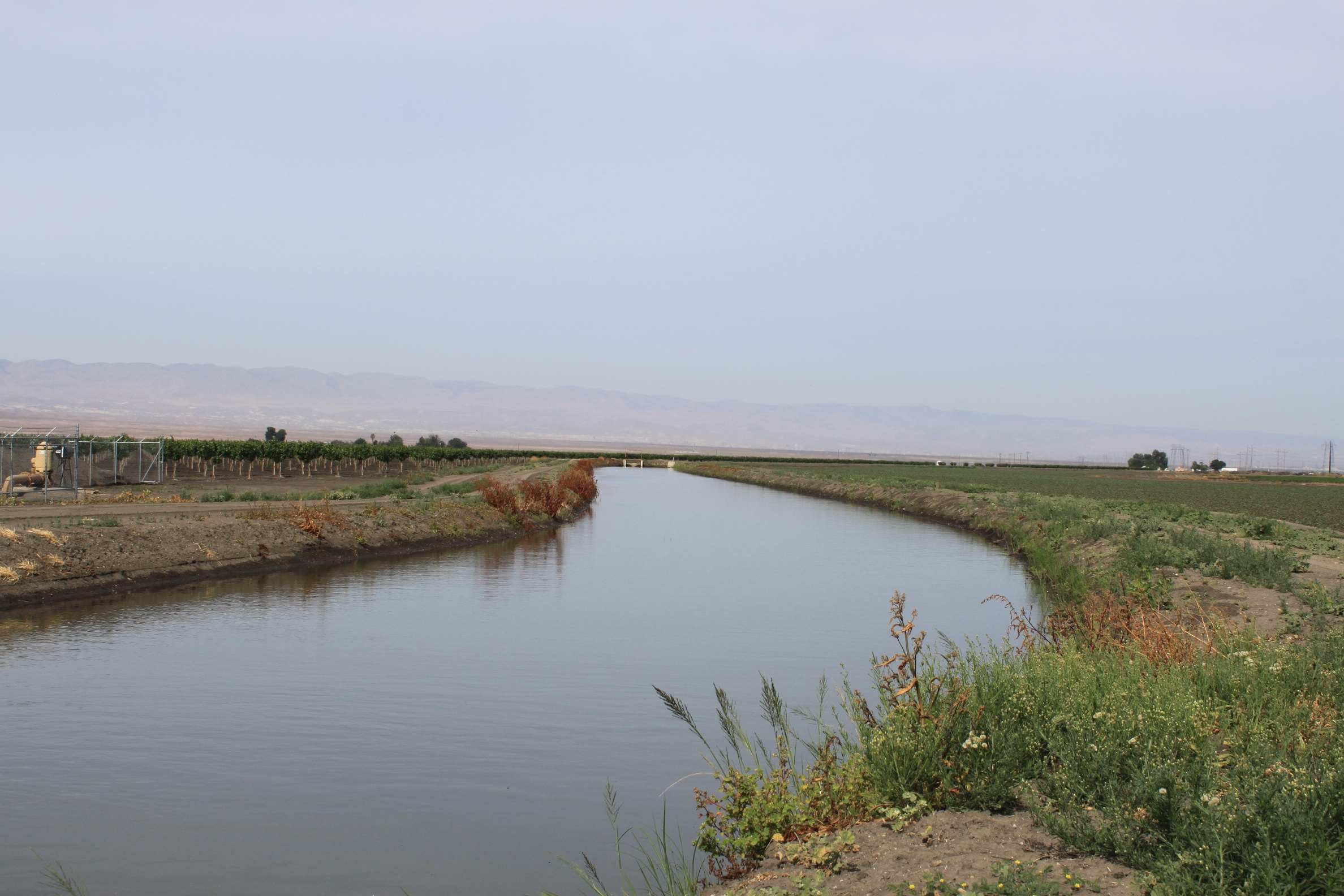 Heading west towards SR-58, we traveled through farm fields. With so much water this year, virtually all the land along our route was in production. 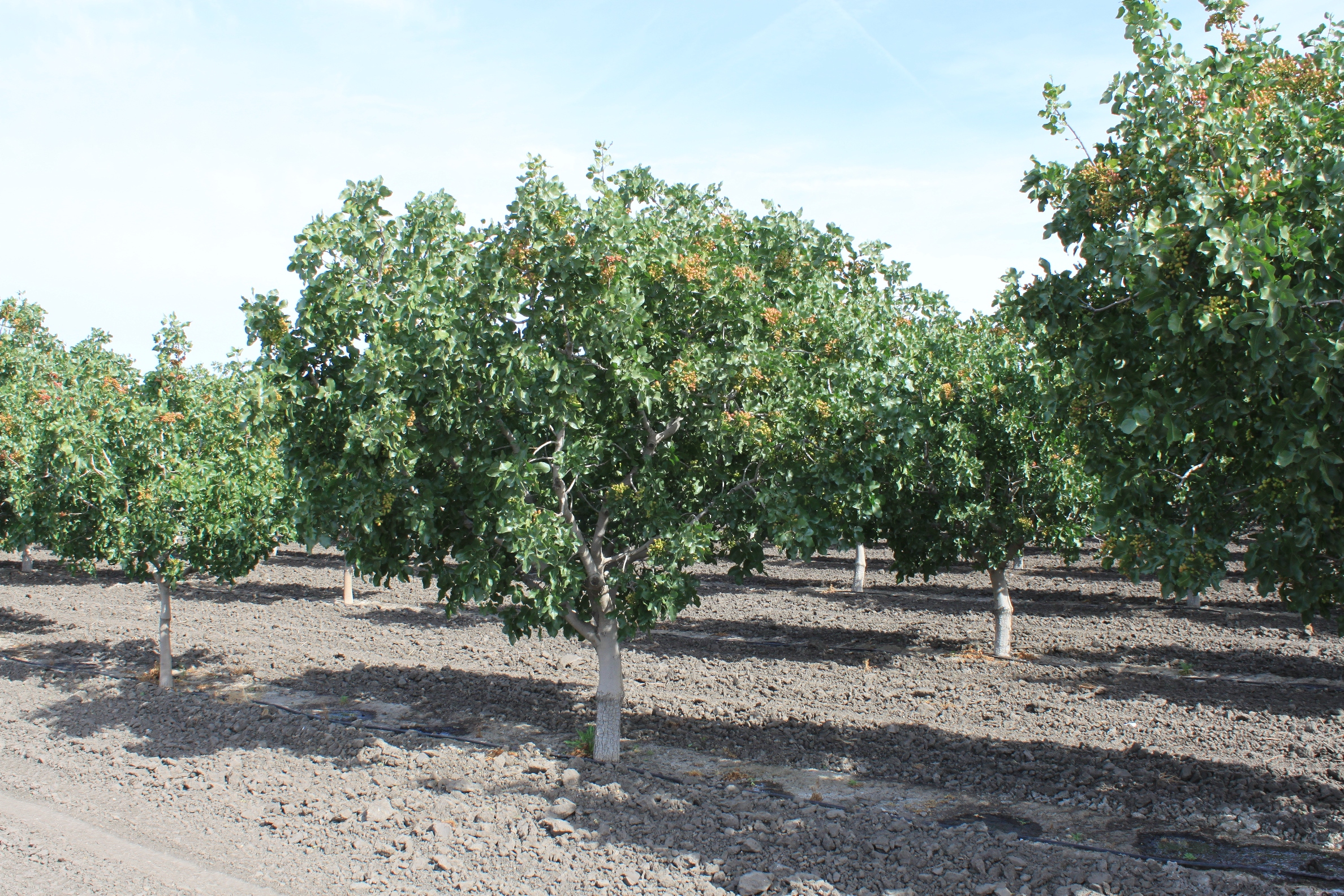 We drove past a lot of pistachio trees. 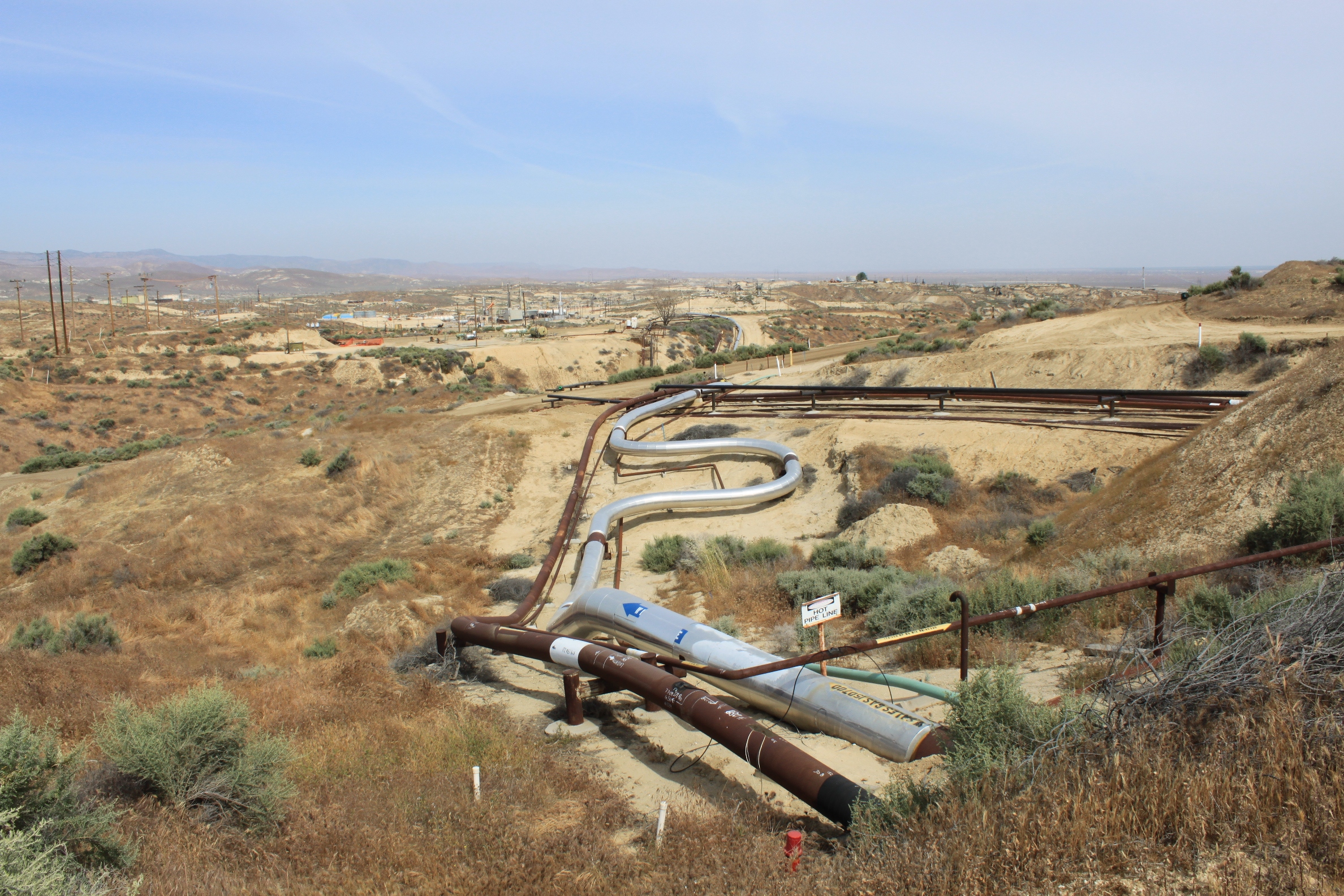 There is a lot of energy production in the foothills of the Temblor Range; here the pipeline looks like a bendy straw.  This western part of Kern County produces 77% of California’s crude oil and 65% of the state’s natural gas. 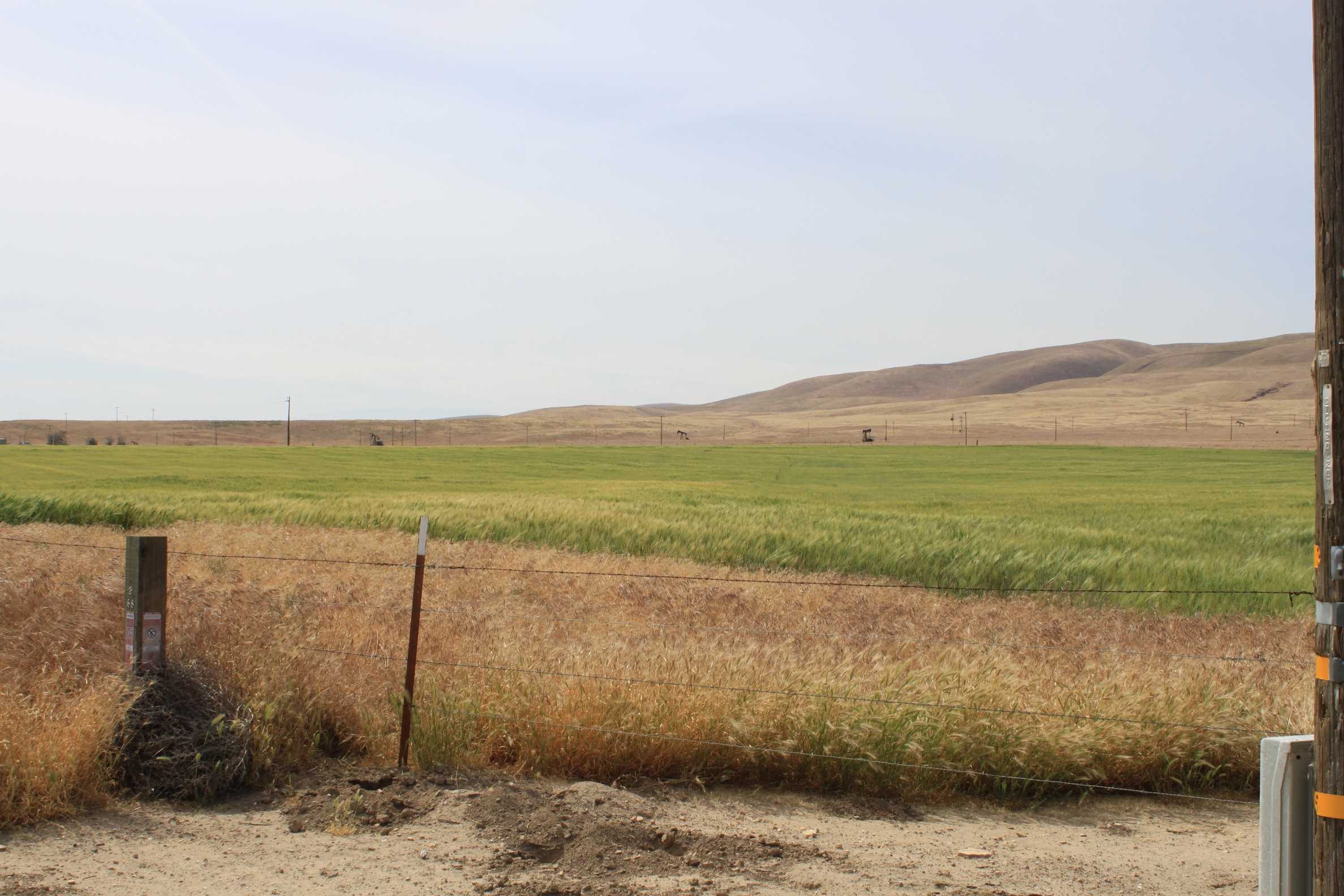 Here oil wells and farming live side by side. I didn’t see any irrigation structure (no sprinklers,  canals or ditches) so I think this is  dryland farming, possibly the future pasture for the cows that we saw grazing in the highlands farther up. 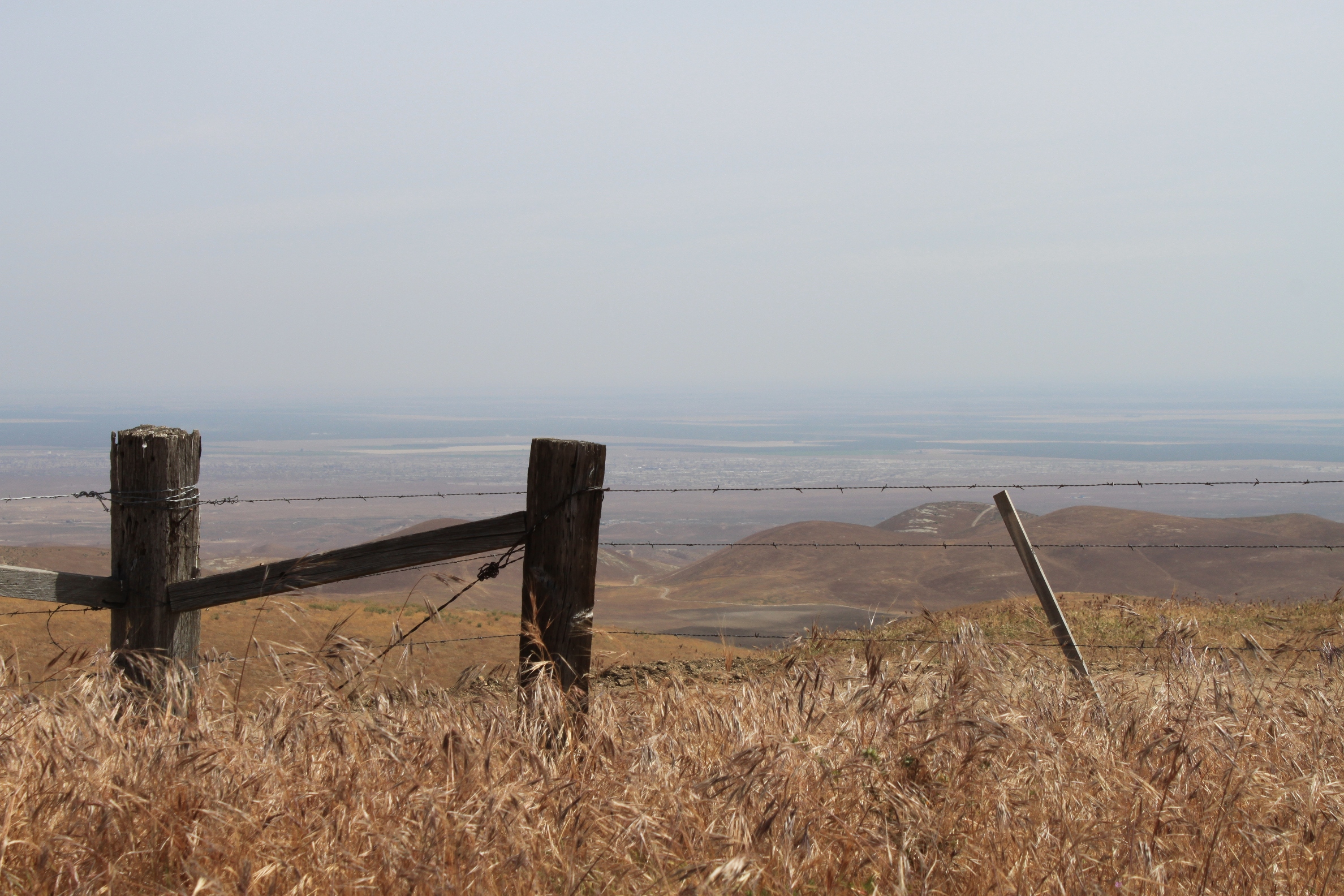 As the road ascends into the mountains, the view would be spectacular except for the haze in the Central Valley. 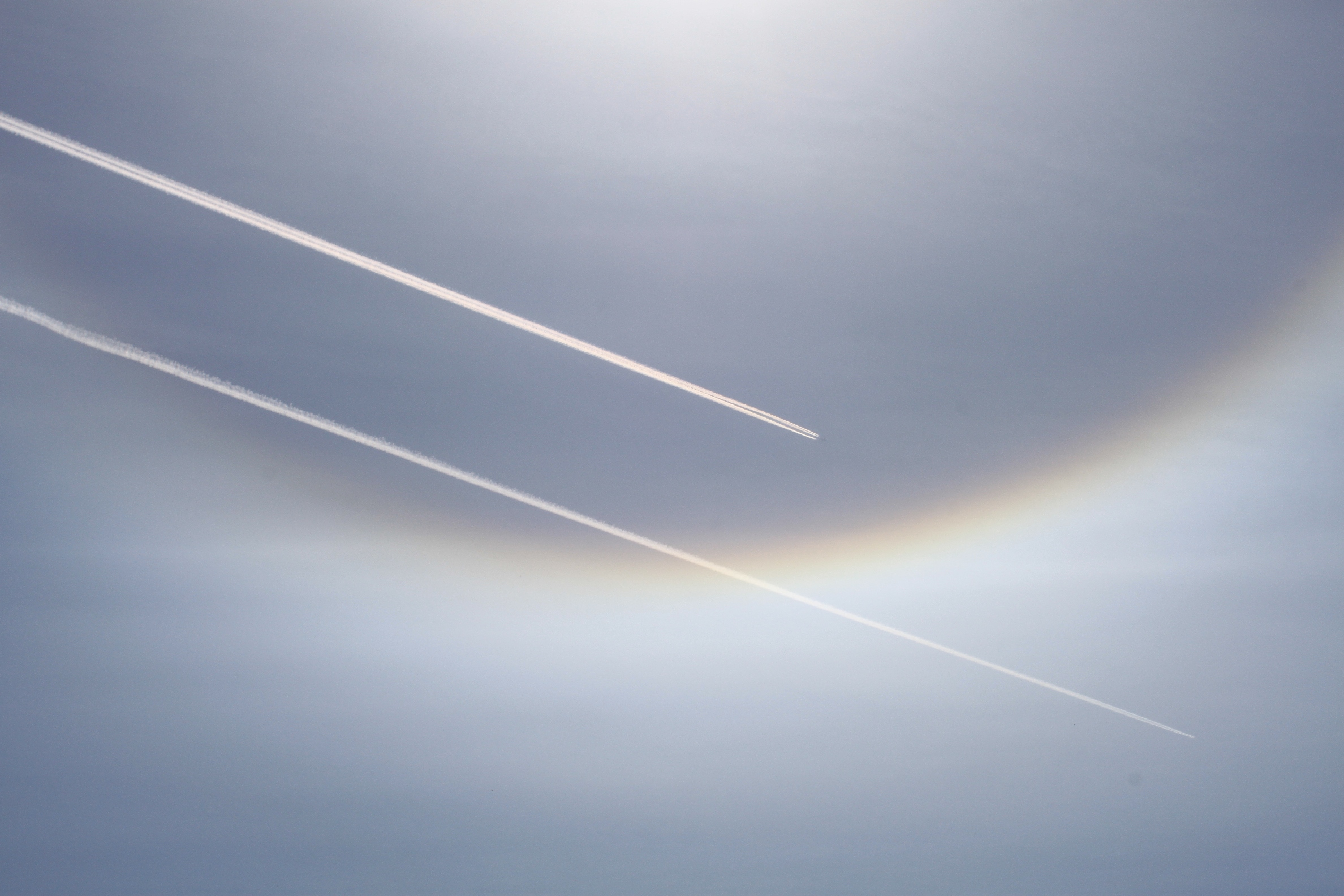 This sun halo, which is caused by ice crystals in clouds at just the right angle, was a sign of the approaching rain that was expected that evening. (The contrails are an added dramatic effect.) It is rare to see them during the day as usually they appear around the moon at night. 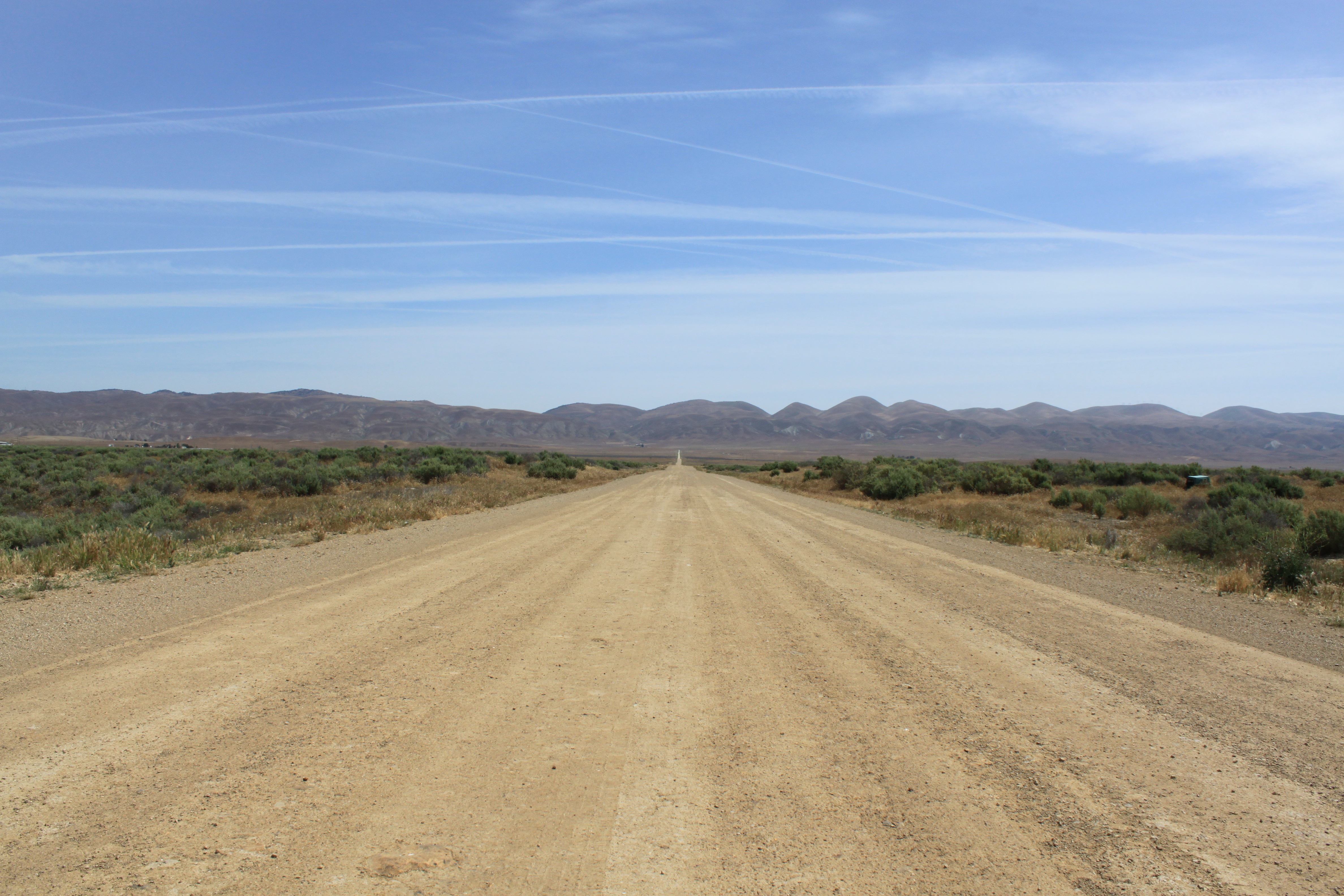 We turned down Nine Mile Road and headed toward Soda Lake. The roads are mostly unpaved, but well maintained. 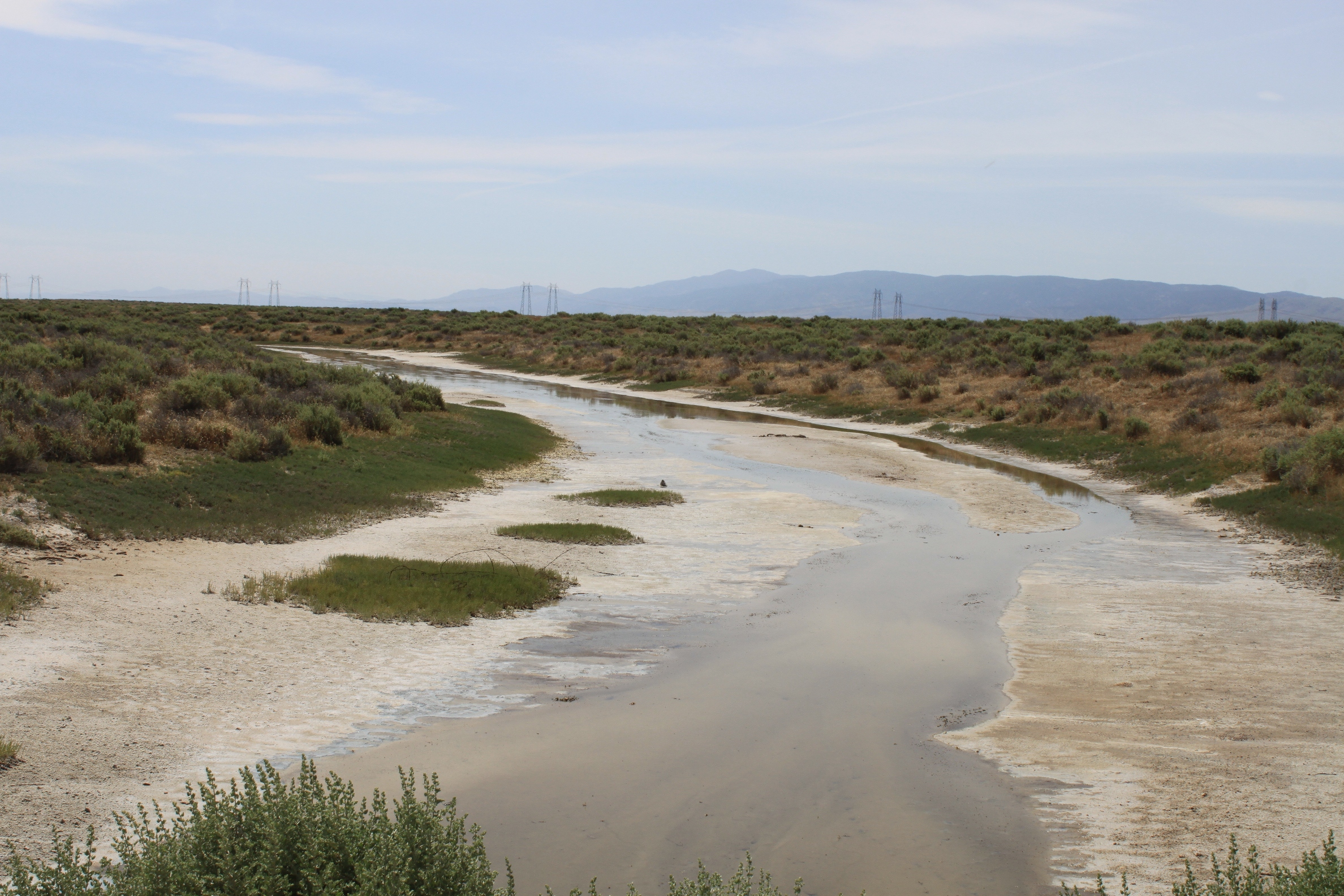 On the way, we crossed several salty creeks that feed into Soda Lake. 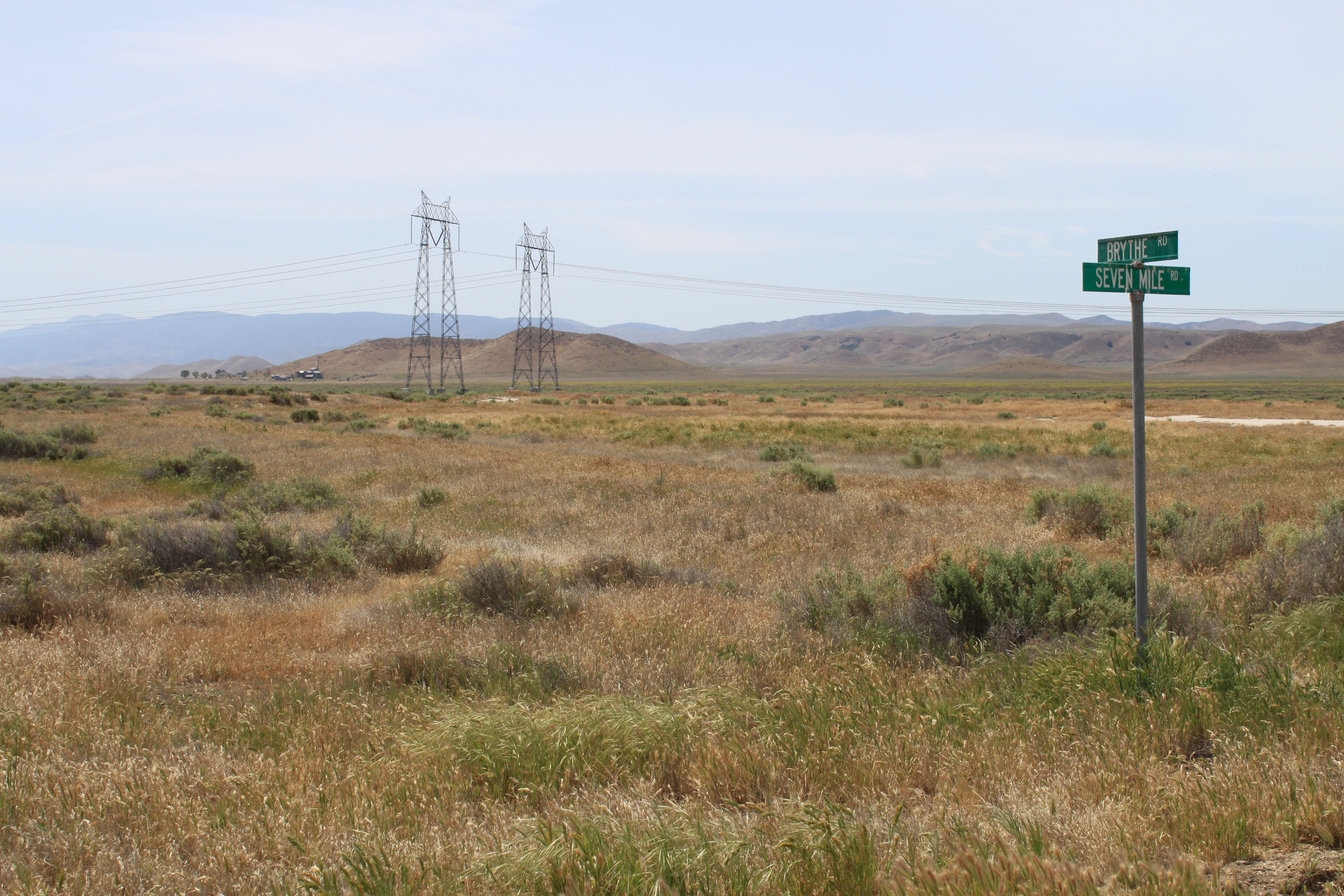 There were numerous street signs with no streets, marking a failed attempt in the 1960s to develop the area. The investors had hoped to receive State Water Project water, but that water went elsewhere. 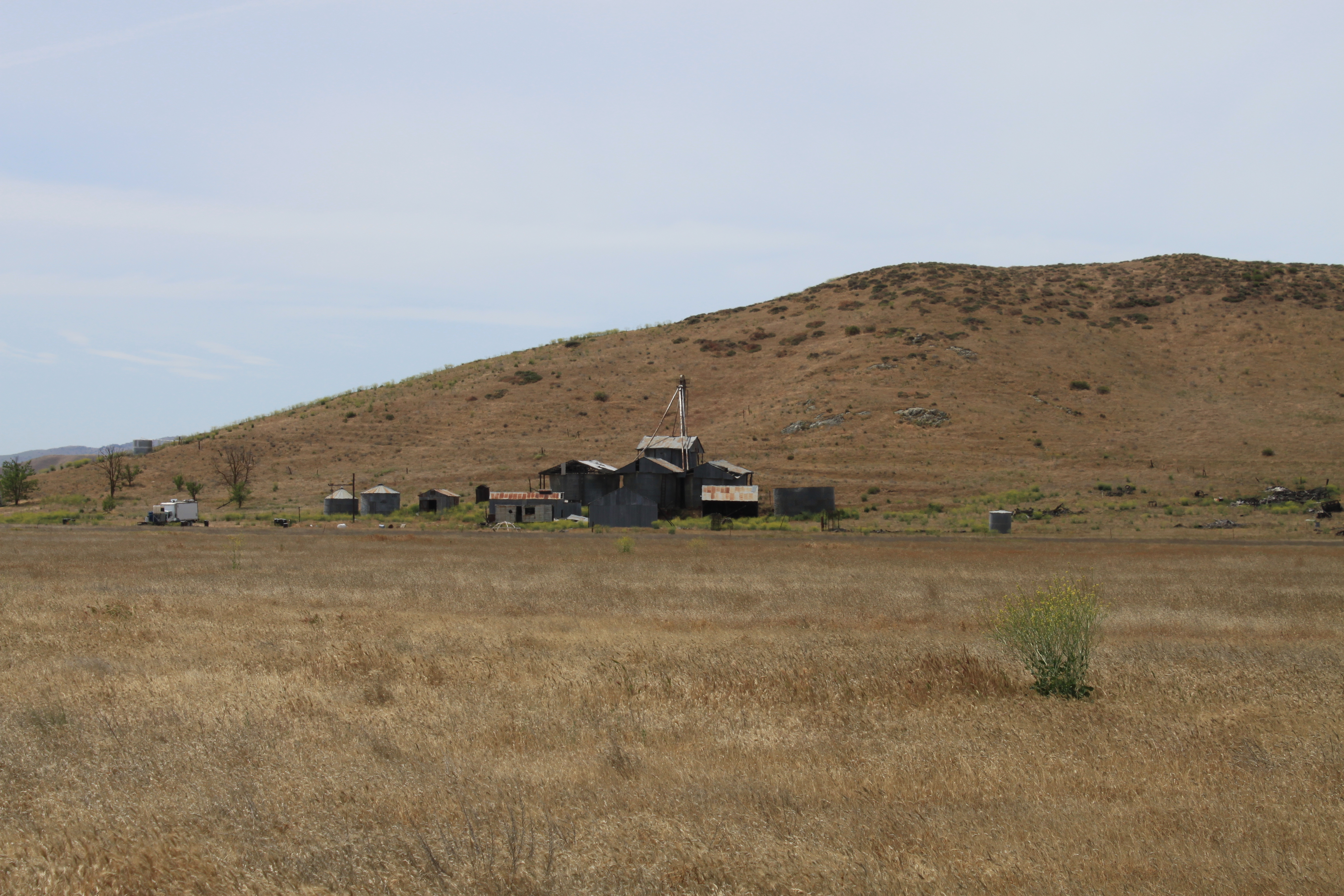 Evidently, many have tried and failed to make it in this arid valley.  The area is sparsely populated and mostly used for ranching and pastureland now. 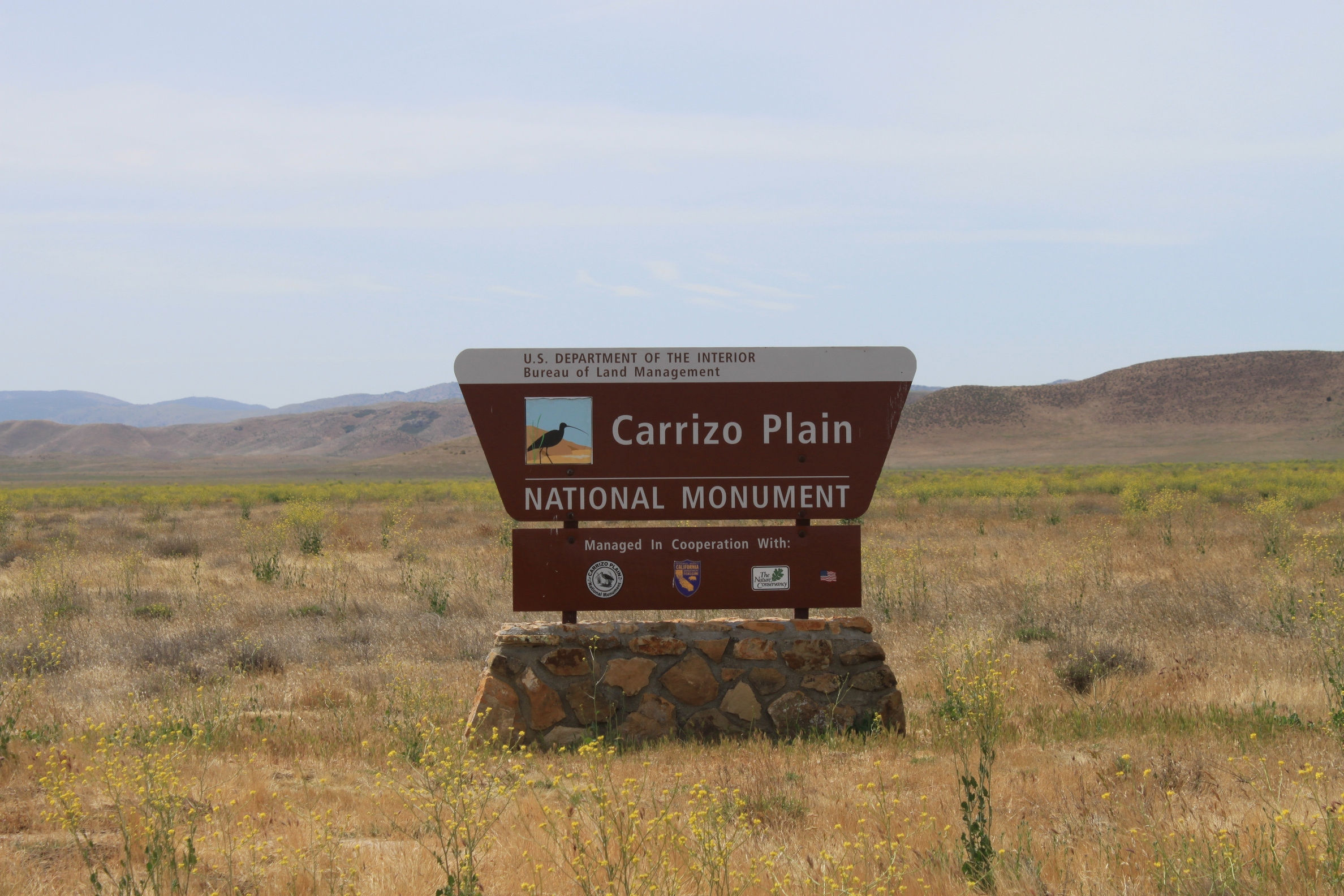 Turning south on Soda Lake Road, we officially entered the Carrizo Plain National Monument, given its monument status in 2001.  The Visitor’s Center is open only from December until the end of May, which is when most people visit. 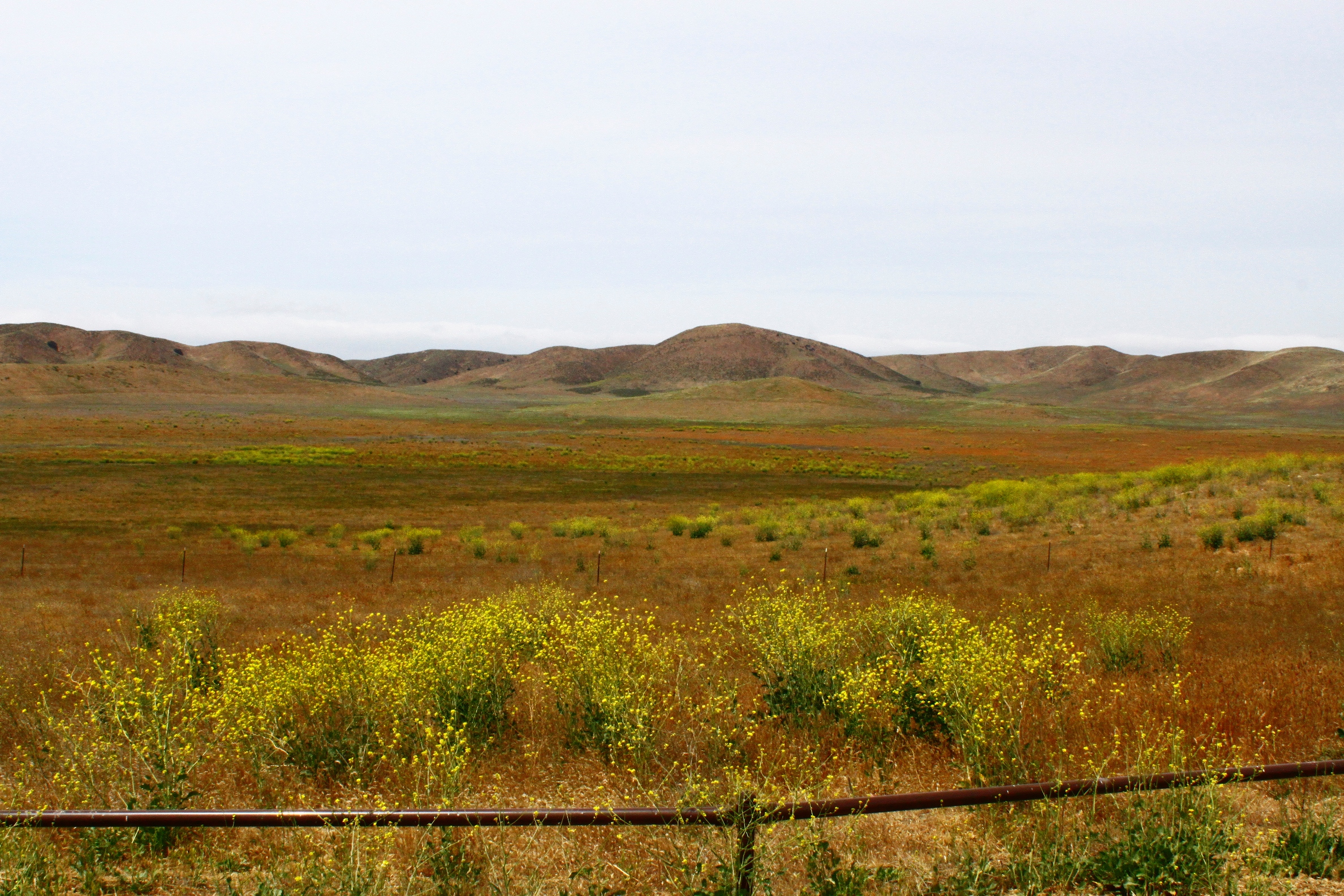 The wildflowers must have been beautiful this year; we could still see some colors left, but most were already dried out. 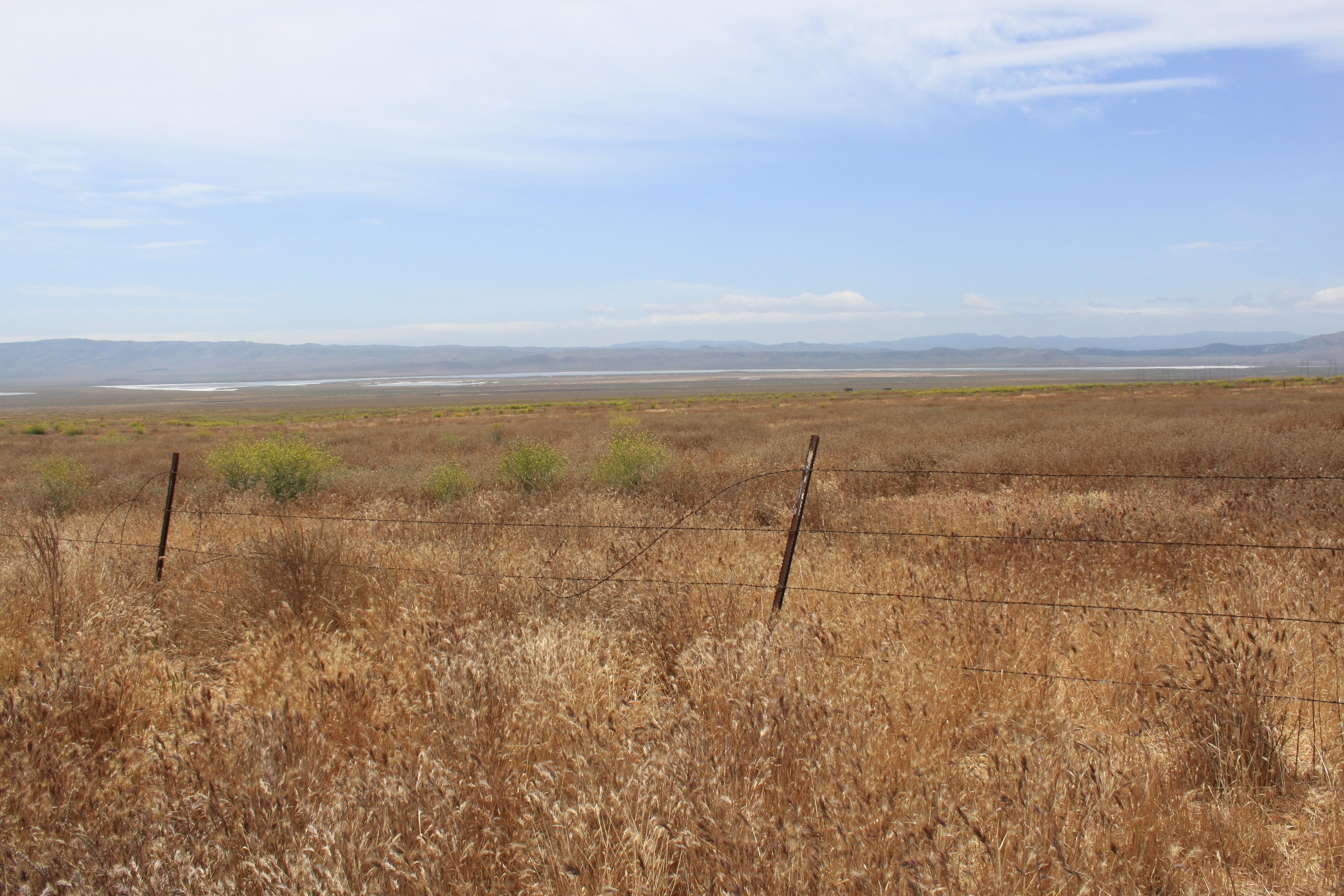 Somewhere I read that the monument gets only about 30,000 visitors per year. While we were here, we did pass a few cars but were other than that, we were by ourselves.

Soda Lake, one of the centerpiece features of the monument, is a seasonal lake that is in the stages of drying out. Salts that is dissolved from the sediments is carried down into Soda Lake, and has accumulated through evaporation. 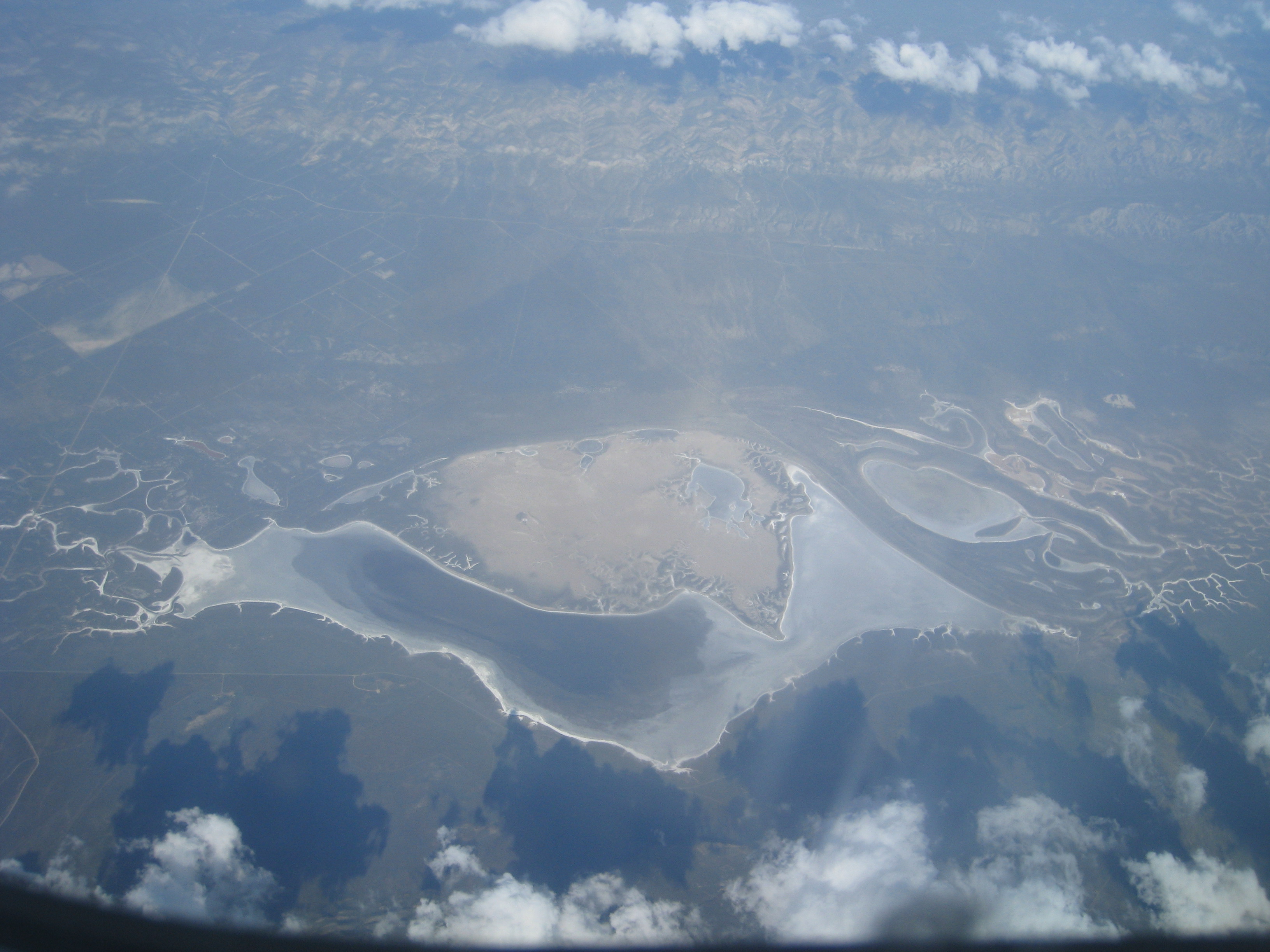 This reminded me of this picture that I had taken on a flight from San Francisco to Burbank. I went back and searched in vain on Google Earth for what this could have been, and now I had inadvertently found it. 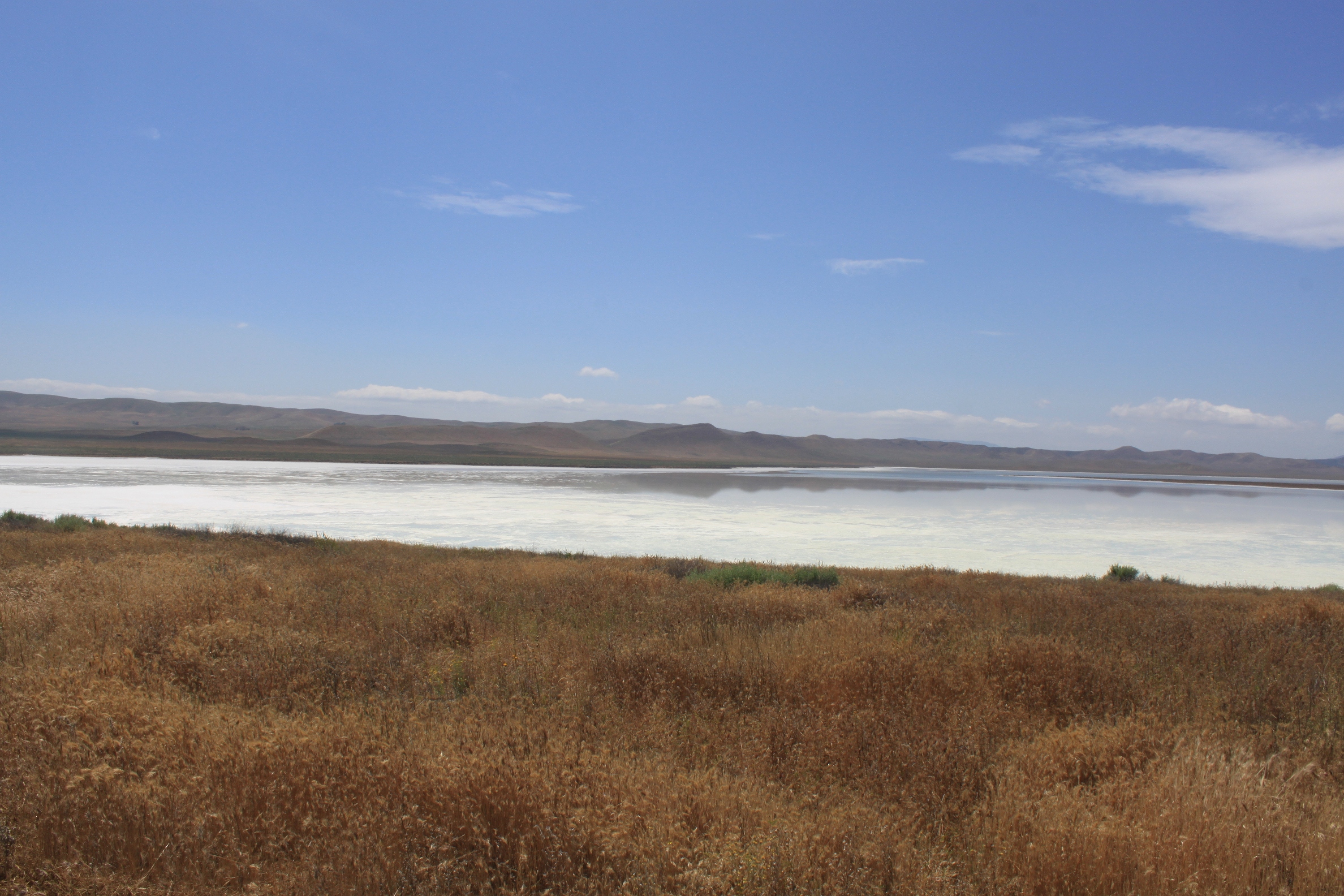 In the summer when this lake is dry, it would look much like Searles Lake, a remnant of a Pleistocene-era lake (see my post on Trona and Searles Lake here). But unlike other alkali lakes in the western states, this one is not a remnant of an ice-age lake. Due to the absence of ancient shorelines or terraces on the surrounding mountains, scientists think something different happened here. 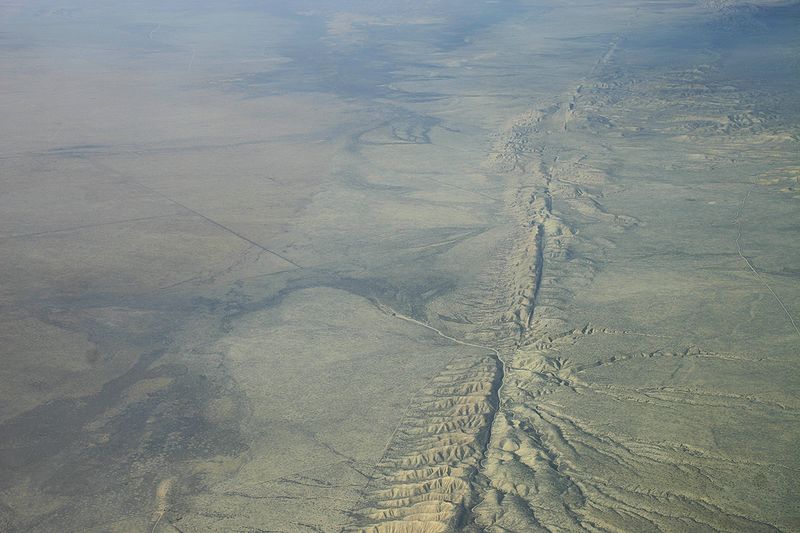 The other dominant natural feature of the Carrizo Plain National Monument is the San Andreas fault. This is what it looks like from above … 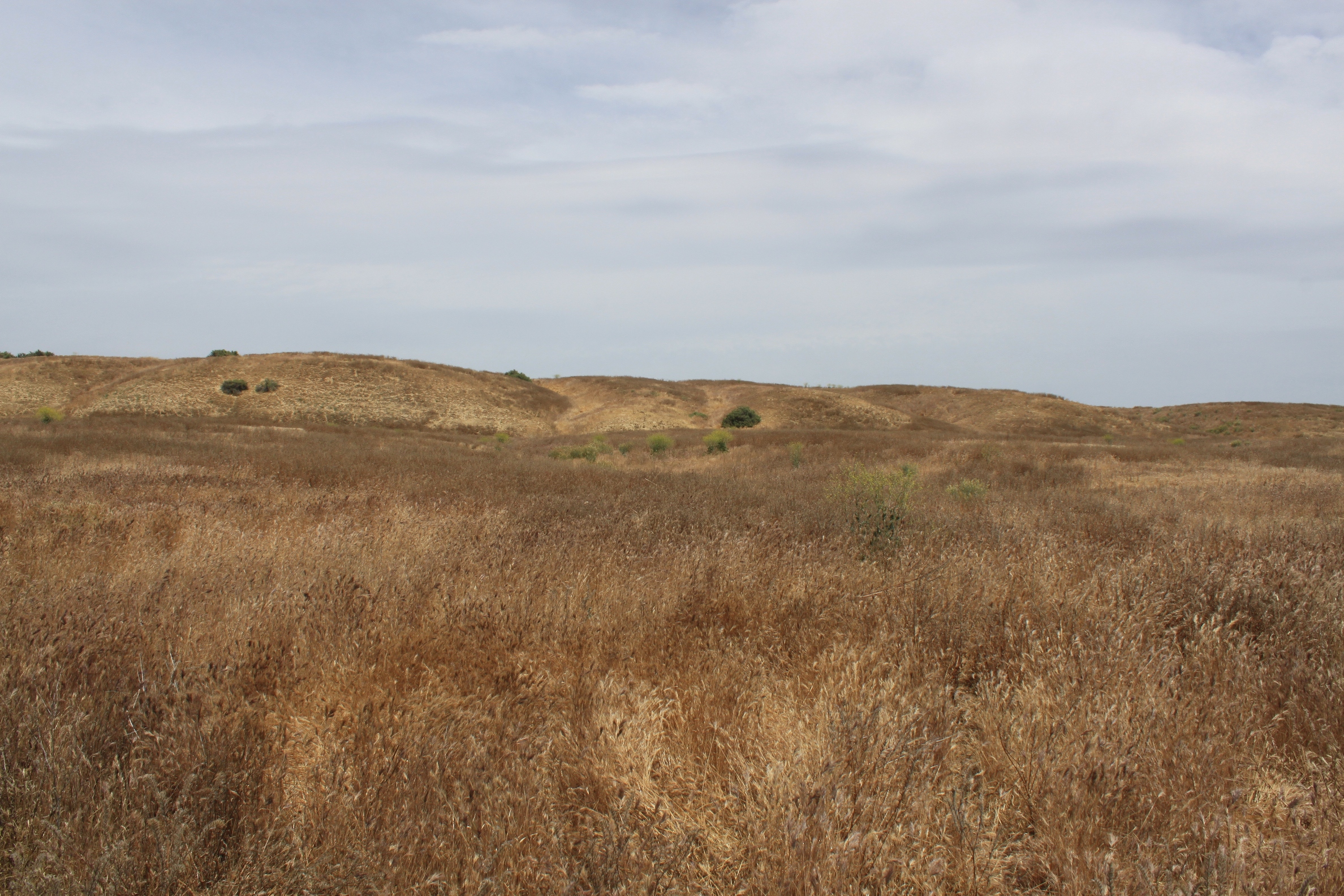 And here’s what it looks like as you are walking up to it. The fault scarp is that ridge of rolling hills at the top of the picture. 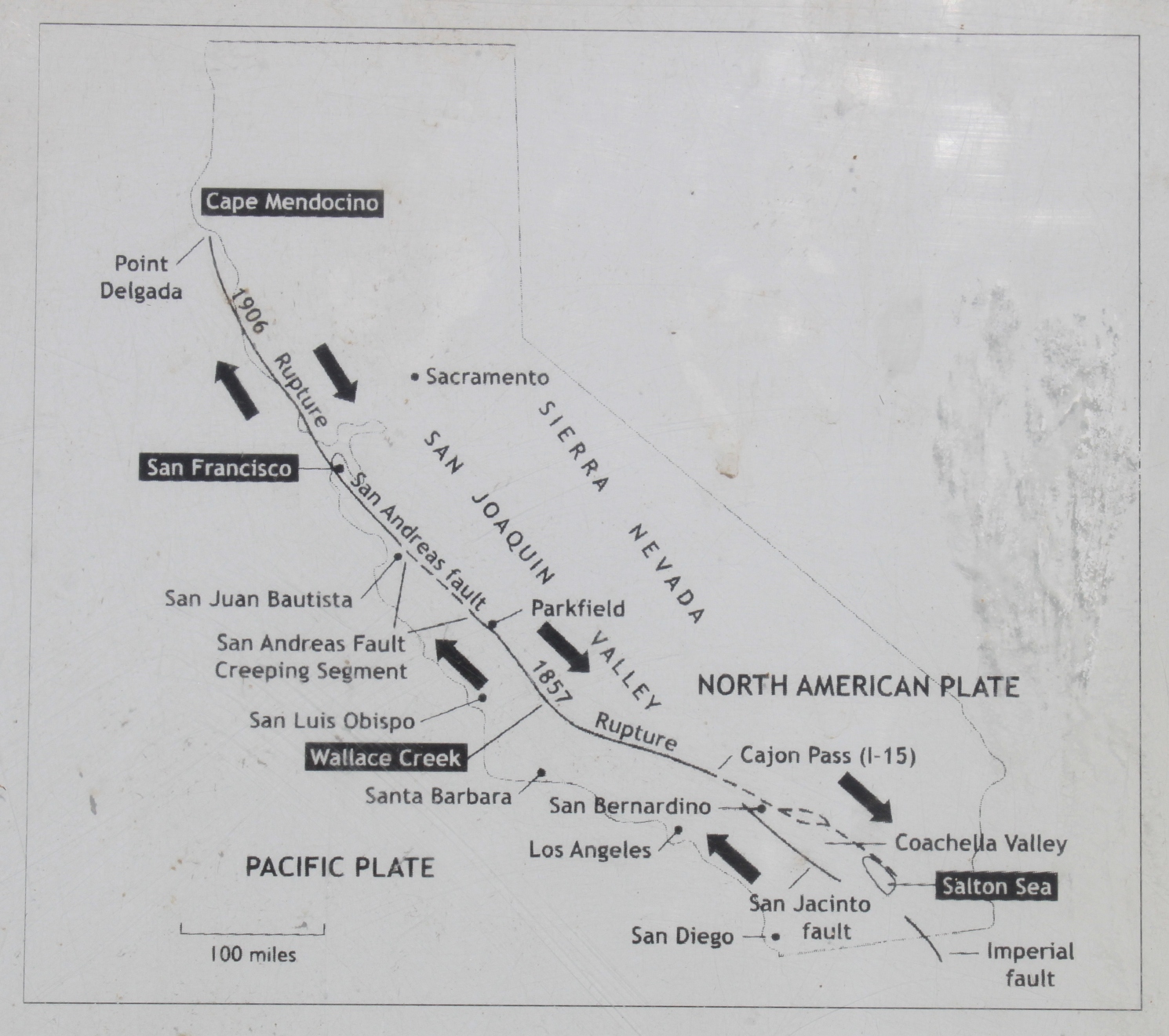 A plaque tells me that if I hang out here for about 10 million years, I’ll be within viewing distance of the Golden Gate Bridge, as the Pacific Plate is moving northward at the rate of 1.3 inches per year – about as fast as my fingernails grow.*  Scientists think that anywhere from 1 to 3 million years ago, the river used to flow southward toward Maricopa, but changed direction due to uplift along the San Andreas fault, where further uplift blocked any outlet, creating a closed basin. As the fault continues to move, the effects of it can be seen at Wallace Creek.

*It isn’t that the fault is constantly moving; this is an average that takes into account that most years, there is no movement, and only brief moments when the earth can move 10 to 20 feet at once. 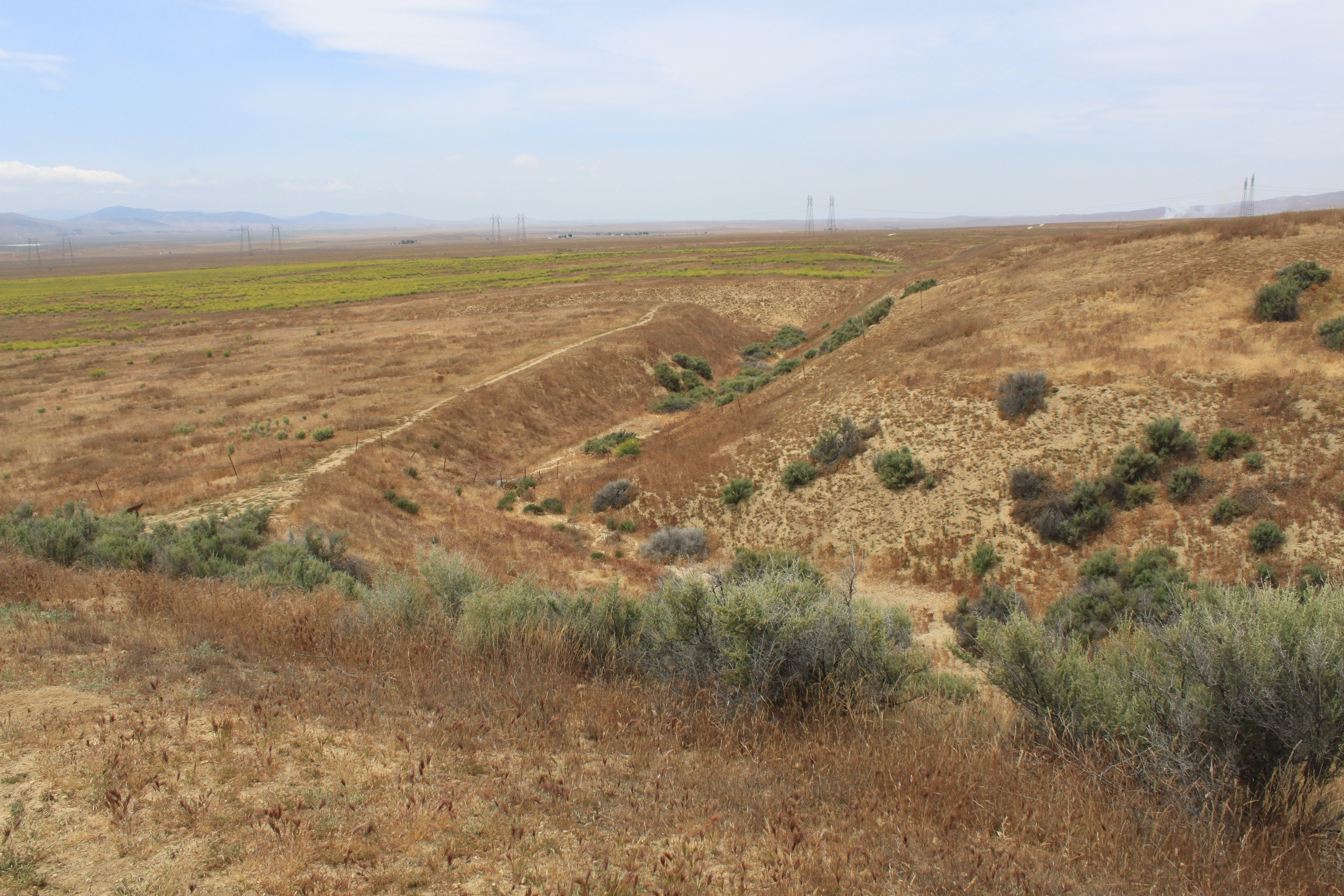 This is an old channel of Wallace Creek. When the creek was first cut about 3800 years ago, it flowed straight downhill, but the motion of the fault sliding past has caused the creek bed to pull apart. The straight part is the portion that lies across the fault and was elongated by movement of the fault.  (The best way to understand this is to look at the the first diagram on this trail guide.) Eventually, this part of the channel was “beheaded” as movement cut off the channel farther up, and now the modern channel of Wallace Creek flows off in a new channel located to the south. 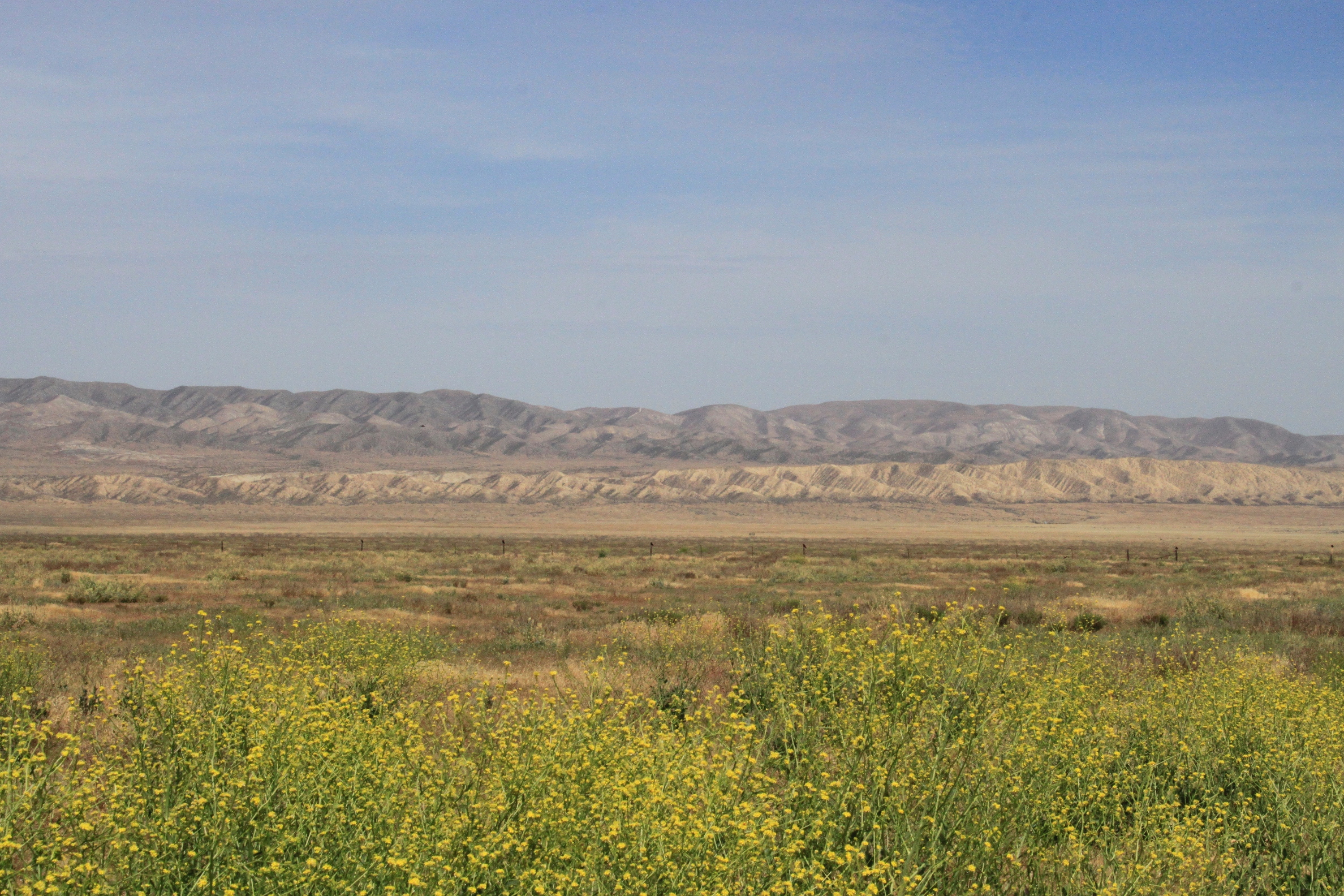 The San Andreas Fault runs along the eastern edge of the mountains, the Elkhorn scarp a visible feature as we drive southward through the monument. 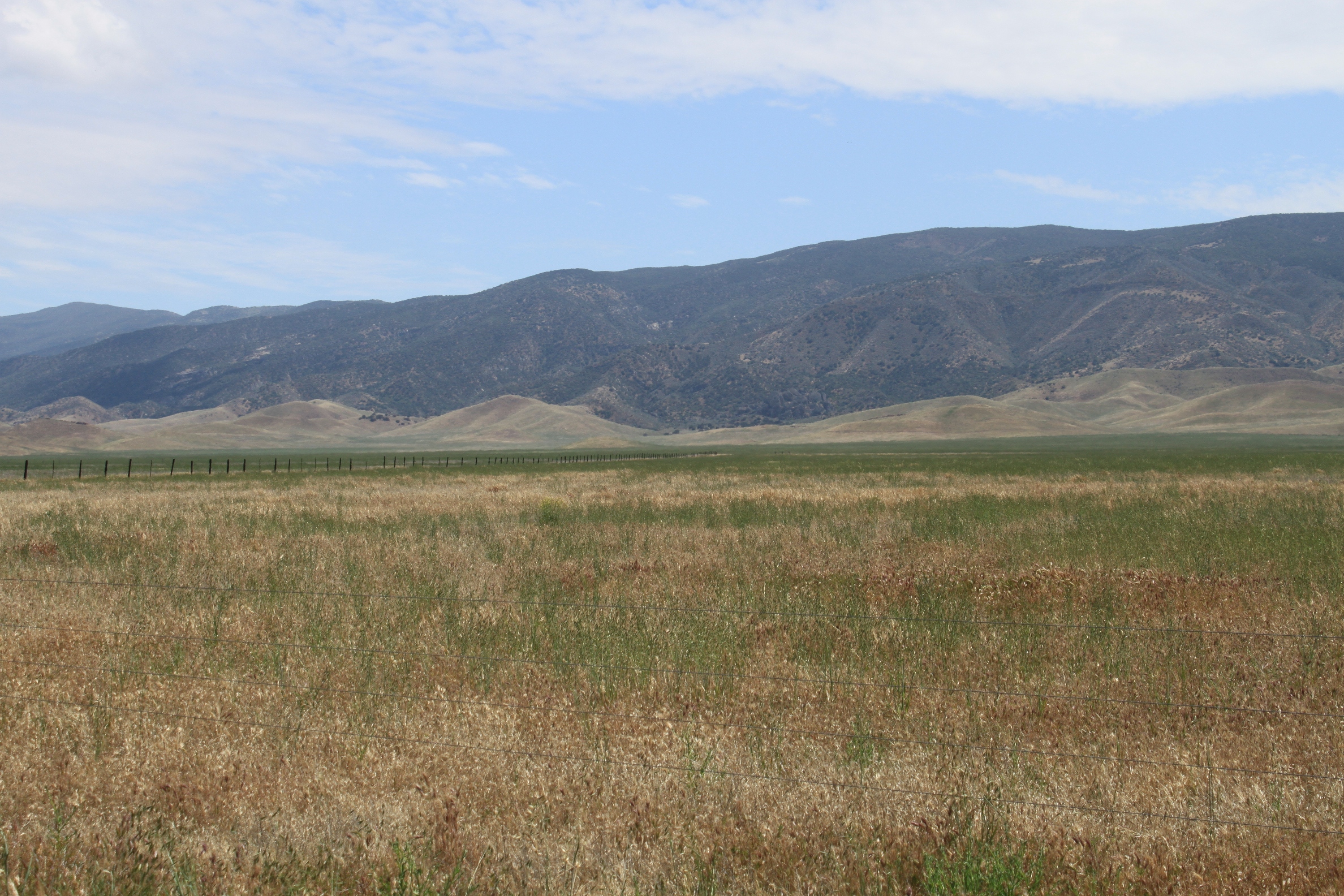 The Carrizo Plain is home to a wide variety of plant and wildlife, including many that are endangered and threatened, such as the San Joaquin kit fox and the giant kangaroo rat.  It is also habitat for birds, including the California Condor. 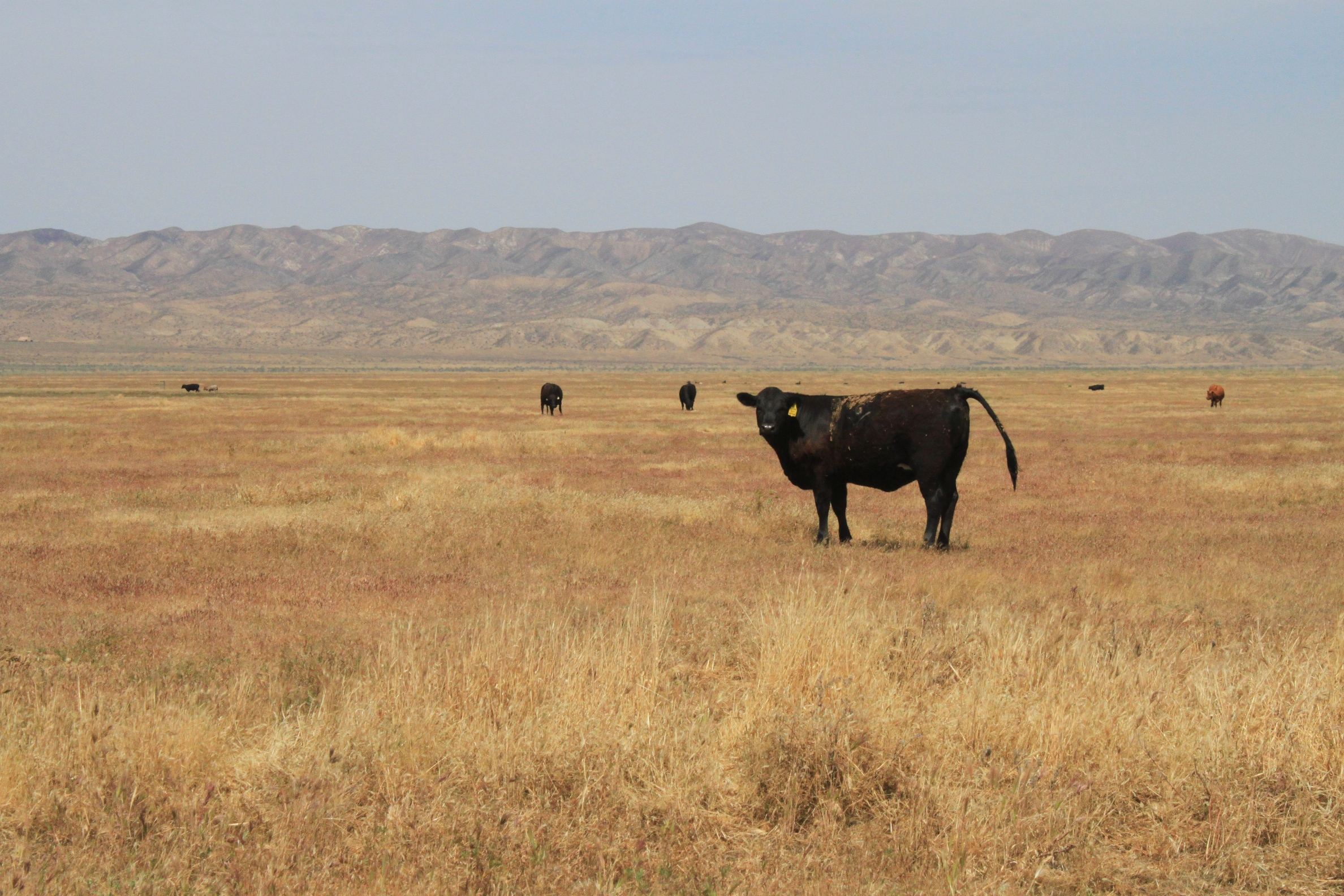 There were a lot of cows grazing on the rangeland. 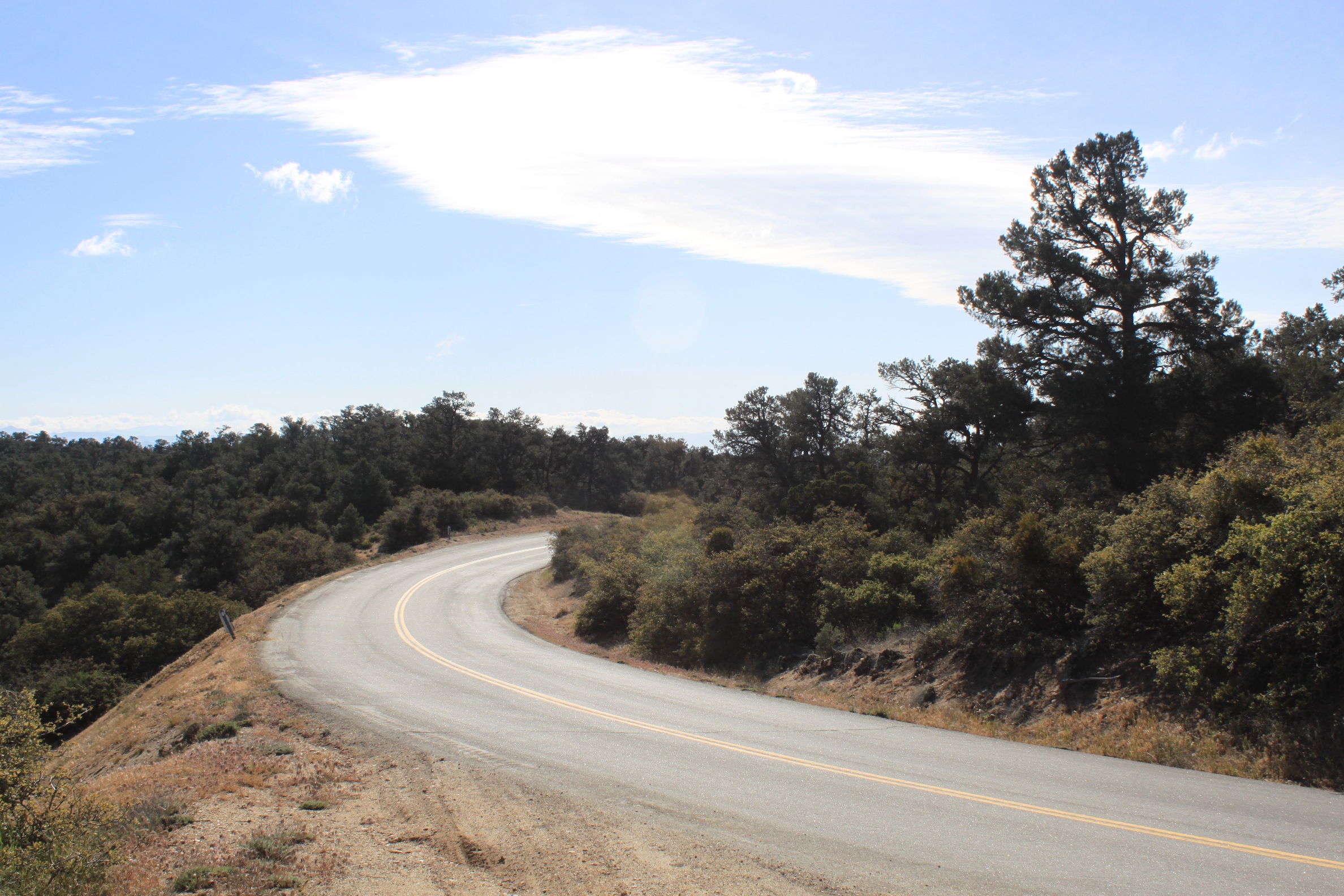 After leaving the monument, we turn right on SR-166 for about a block, and then left onto the road that heads to Frazier Park. A windy two-lane road that follows the ridge, it is a biker favorite (for obvious reasons). 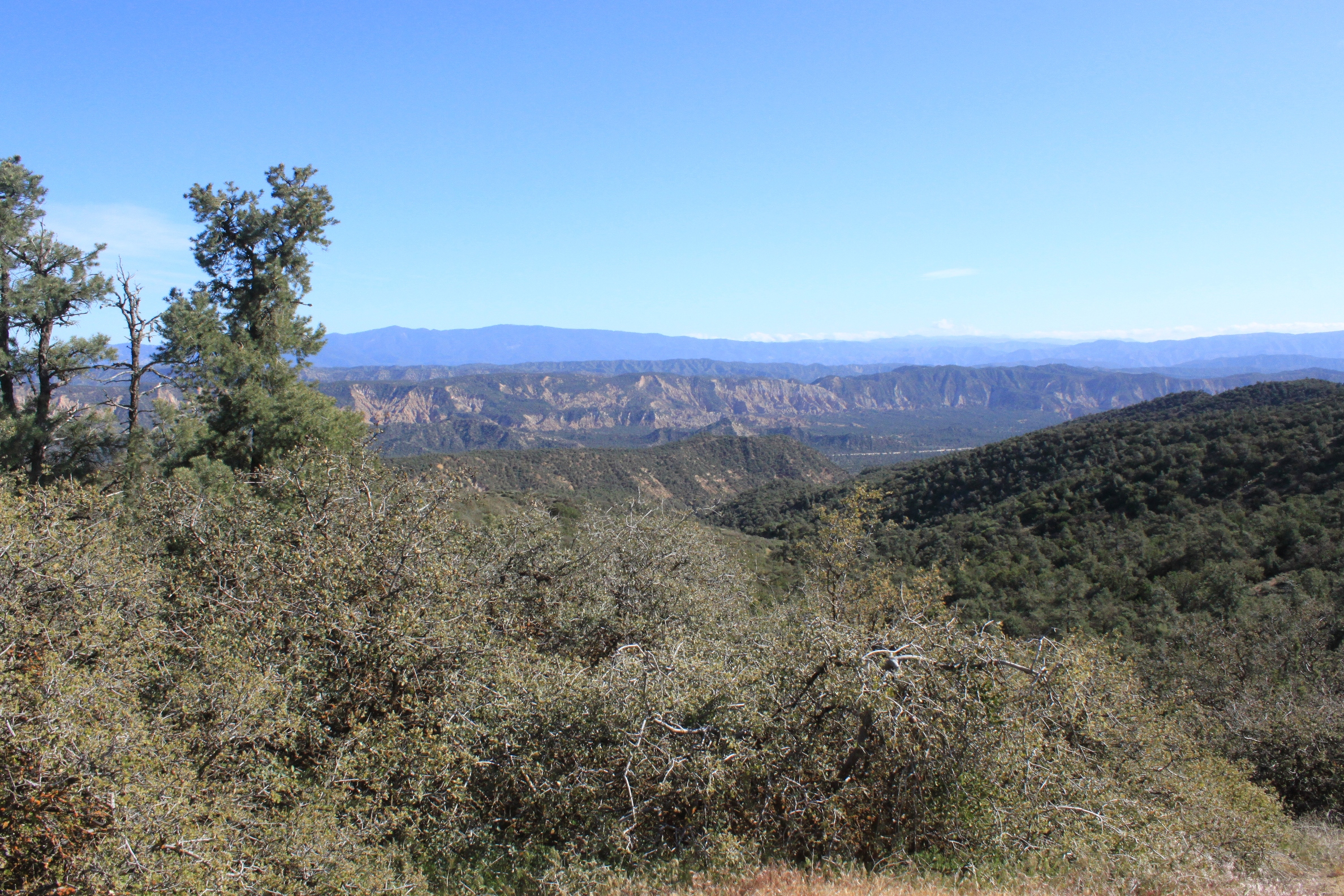 My first time traveling down this road, I pondered why this road ran along the ridge instead of through a pass, but it didn’t take long to understand why: the steep canyons on either side of us made this the only passable route. This is the view to the south; I believe the Santa Clara River is cutting through the valley below. 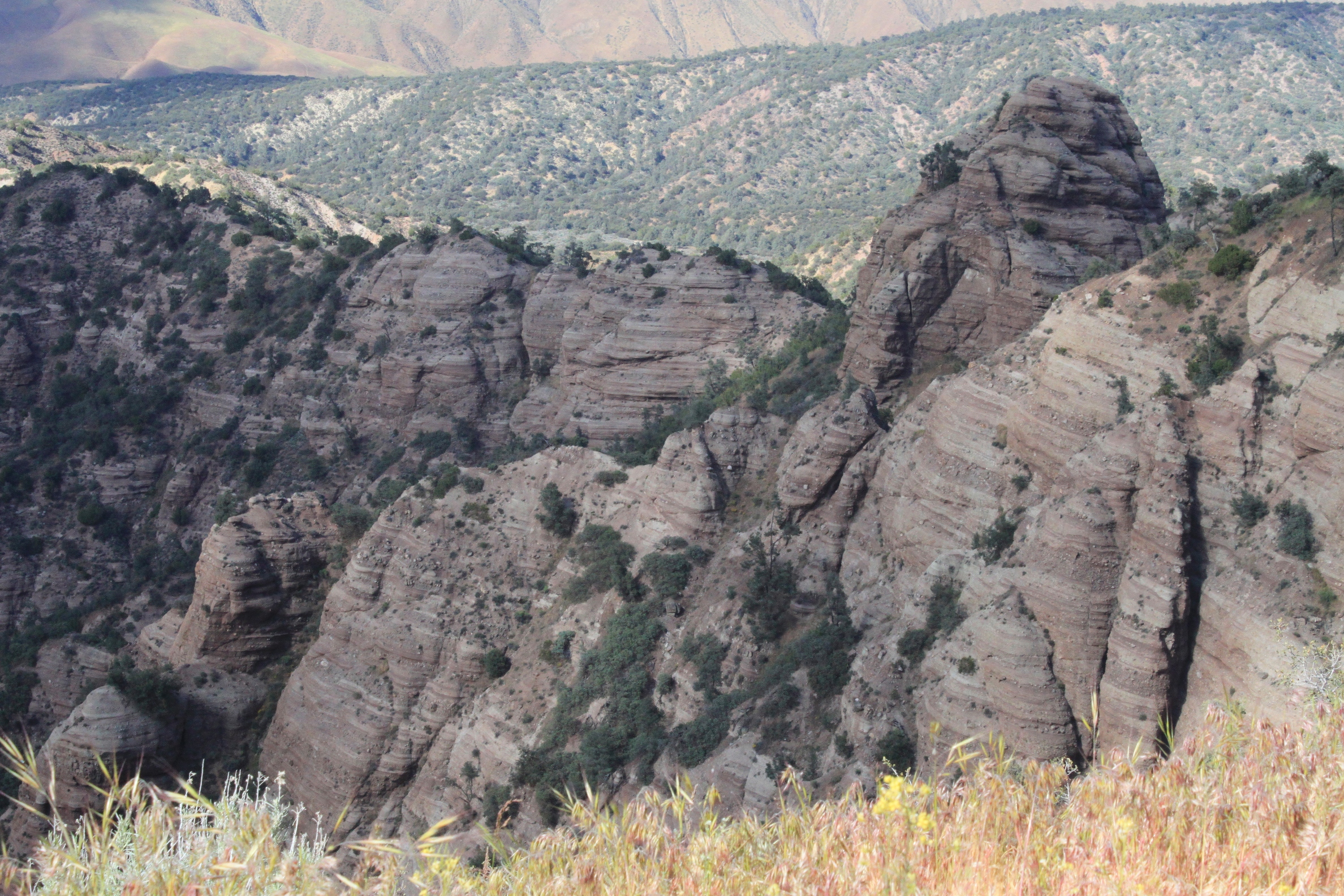 The view to the north was even more dramatic – this picture does not do it justice. 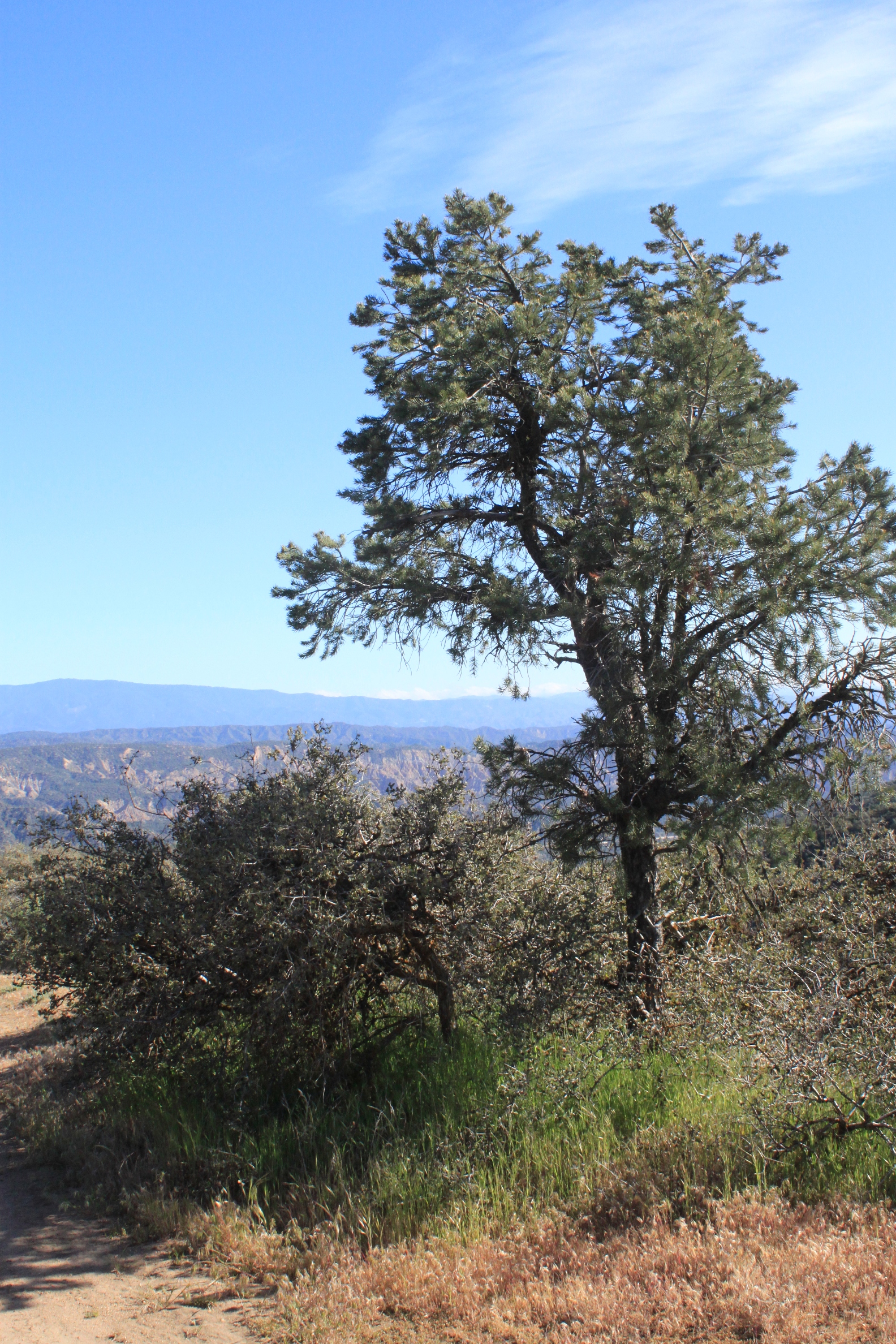 The Tehachapis are nothing if not dramatic.  I look forward to returning here soon!

REMINDER: This area is remote! I recommend you start out with a full tank of gas and plenty of food and drink, as there are absolutely no services available close to or within the monument itself.