After our tour of the water park ruins, it was time to get back to our serious business of answering the burning question, just what is at Zzyzx Road? 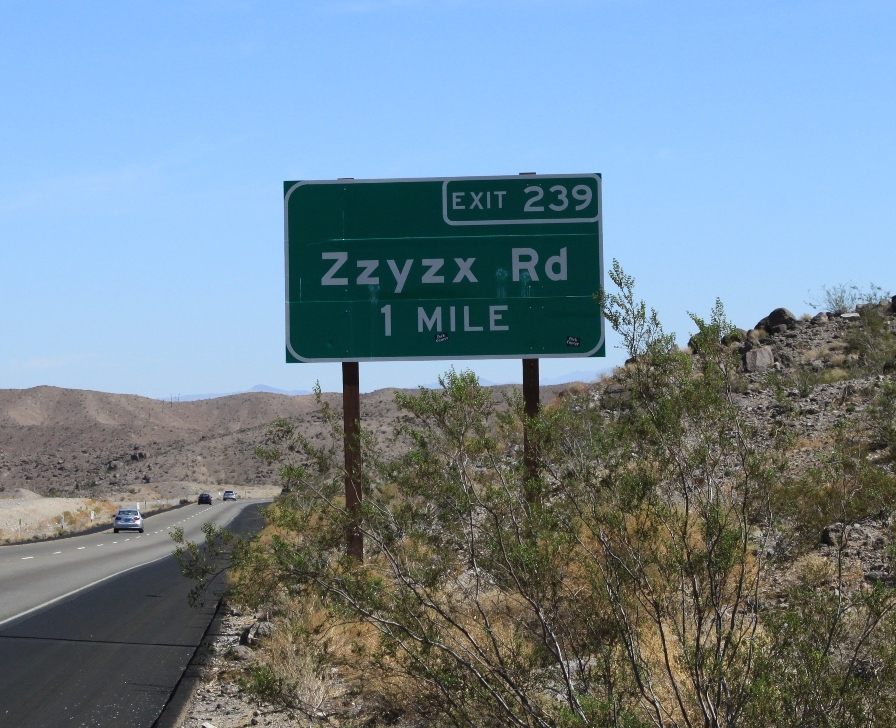 Back in our childless days, a trip to Vegas was a summertime tradition, and this exit along the I-15, just west of Baker, was a source of amusement along the way.  Just what was there?  We proposed many possibilities and dreamed up many covert government conspiracy theories, but we never drove down the road to look for ourselves.  Until now, that is ….

Oh, I almost hate to go and look, lest our fun will end … 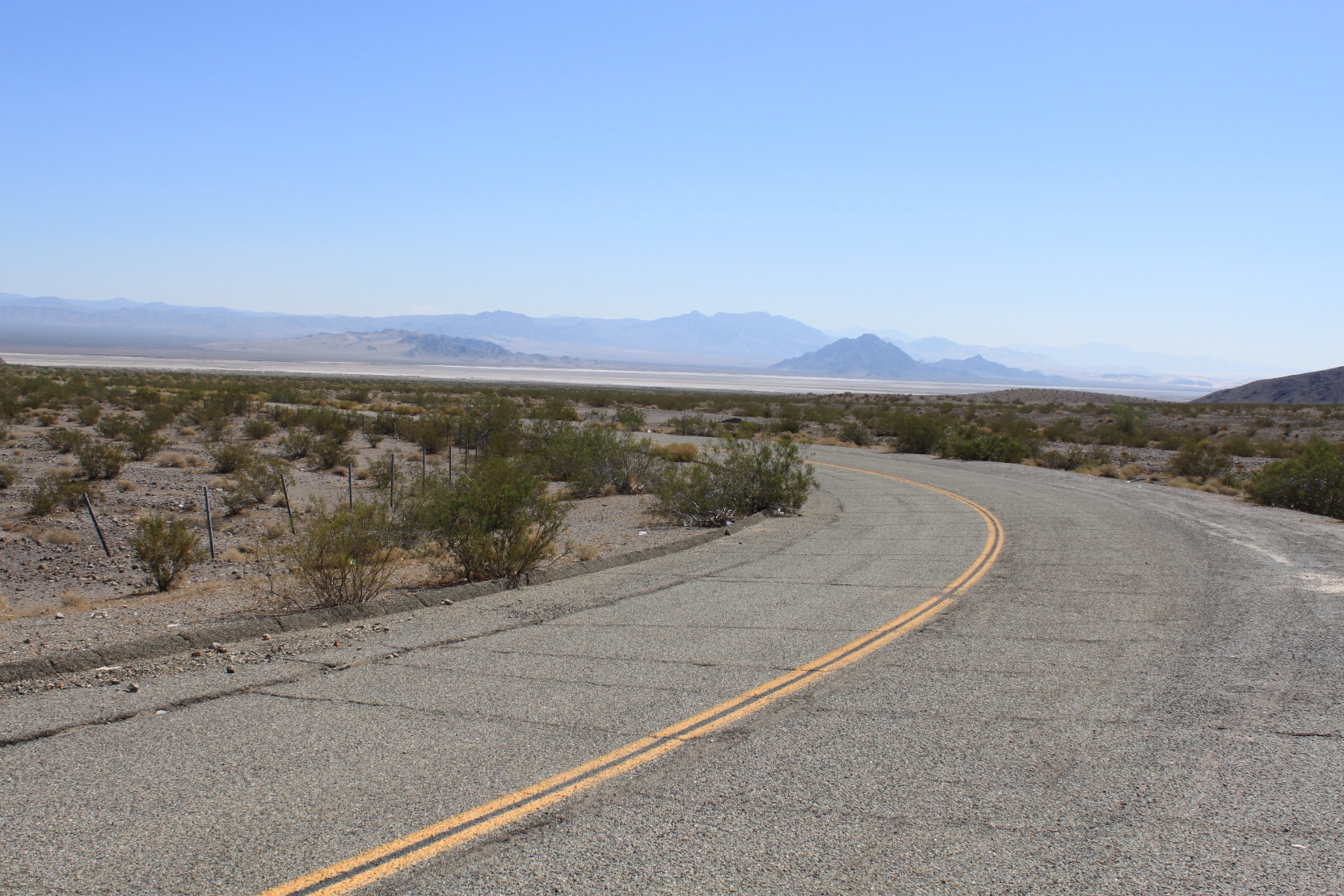 Zzyzx Road follows the west side of Soda Lake, a playa that is intermittently wet, receiving discharge from the Mojave River. 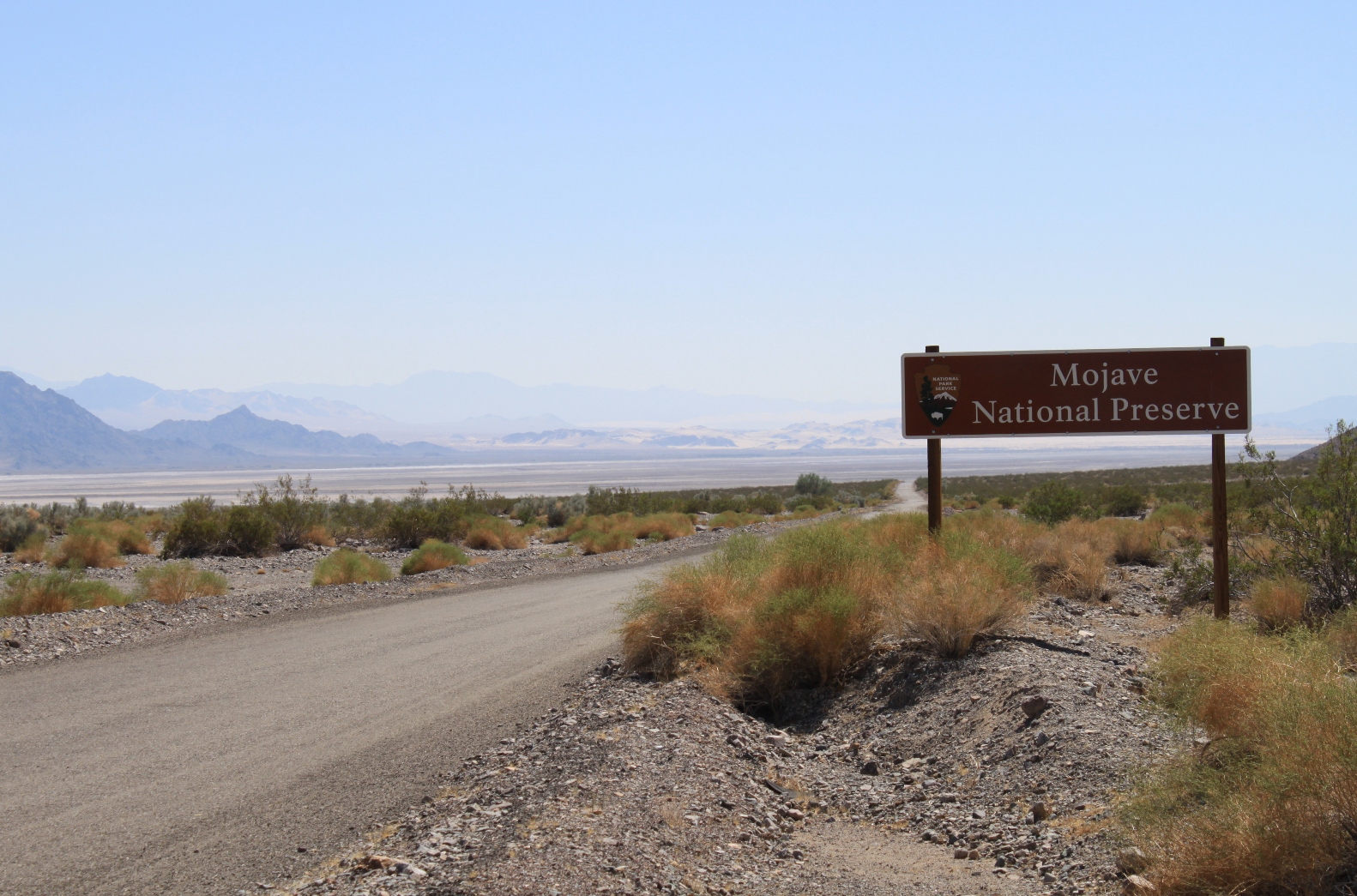 Soda Lake (and Zzyzx Road) are part of the Mojave National Preserve.  Soda Lake is the largest playa in the park. 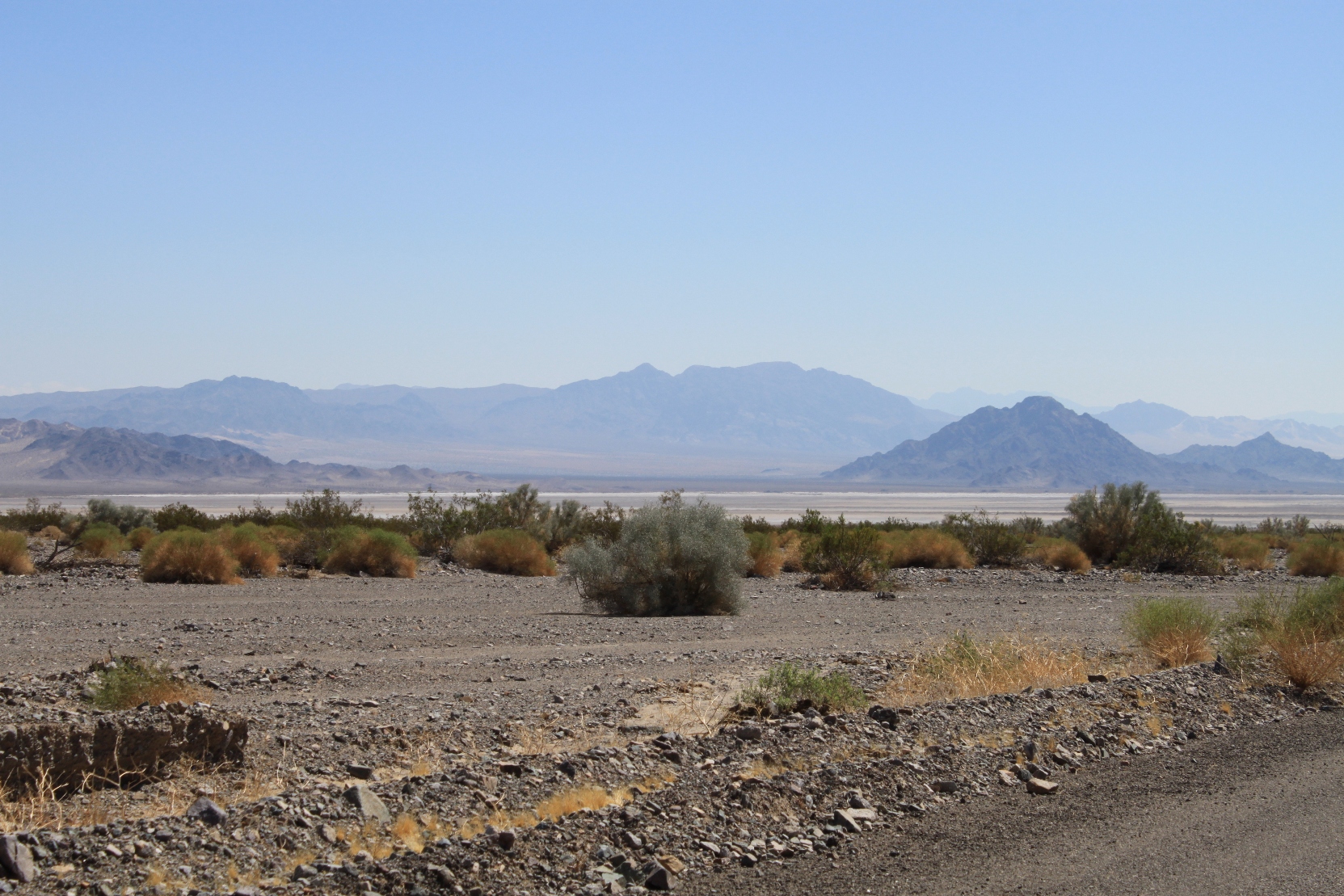 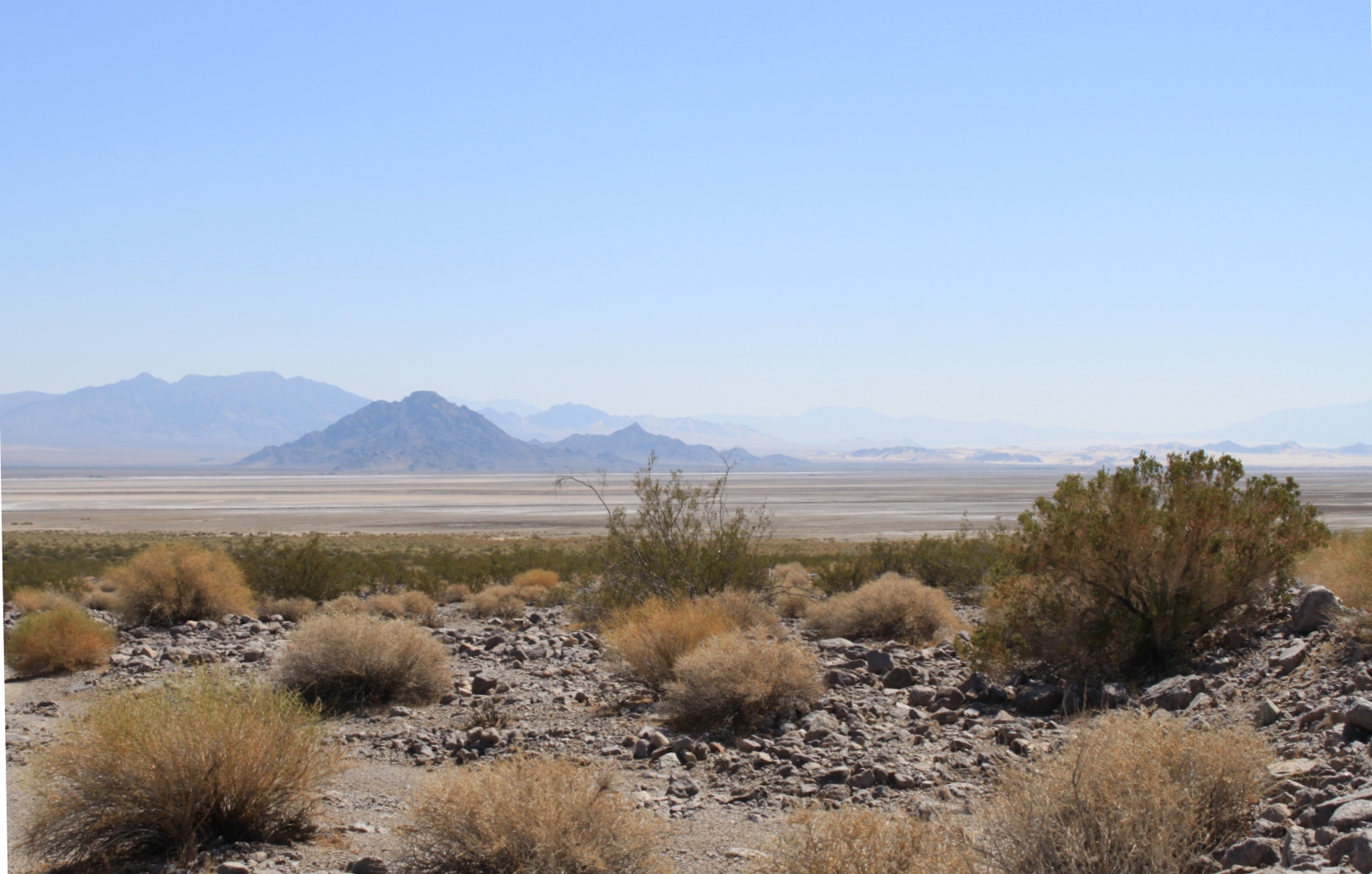 As you can see it is quite muddy here, indicating the presence of groundwater near the surface. 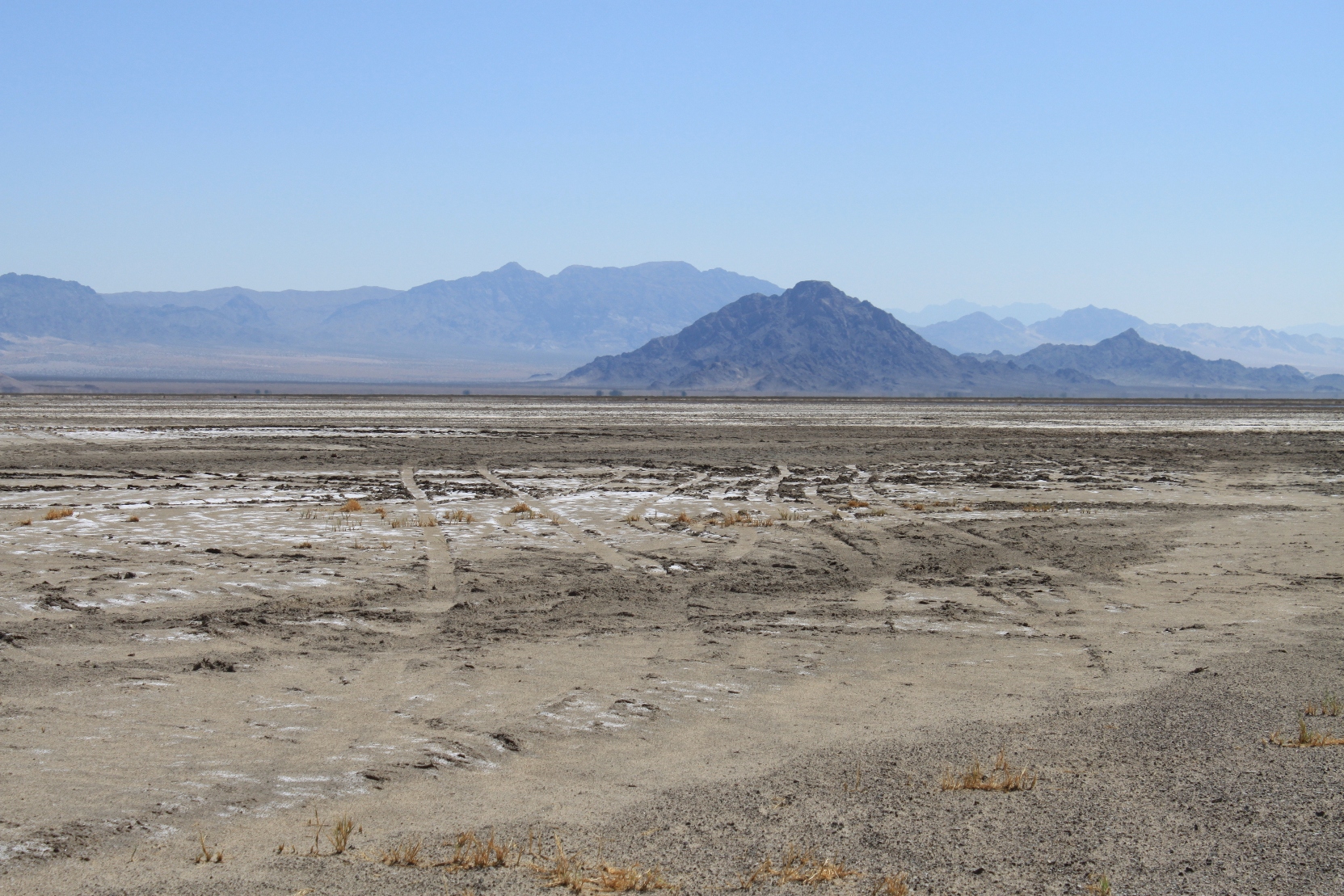 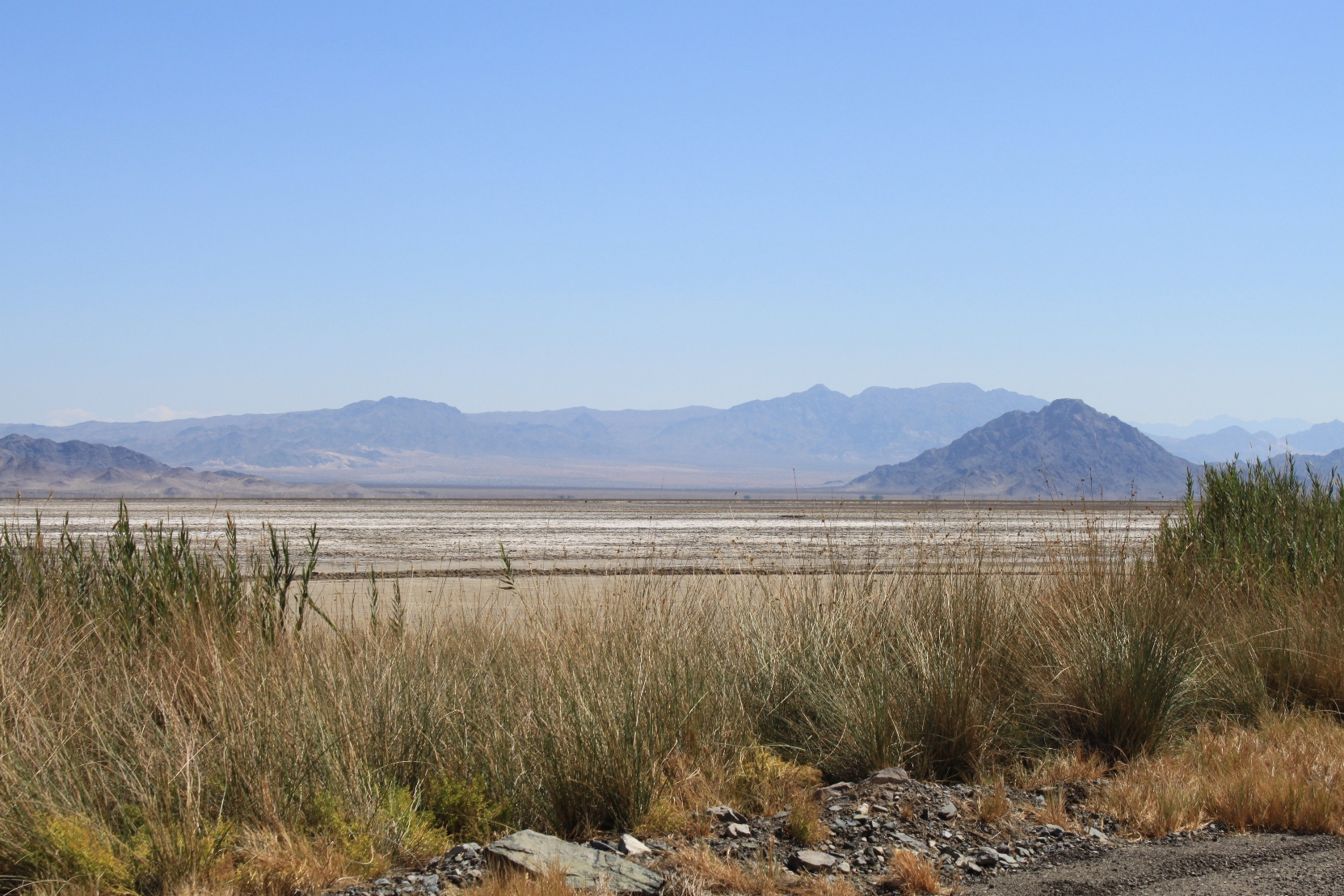 There are springs over here on the west side of the playa, as indicated by the green vegetation, and there are even occasional puddles along the side of the road. 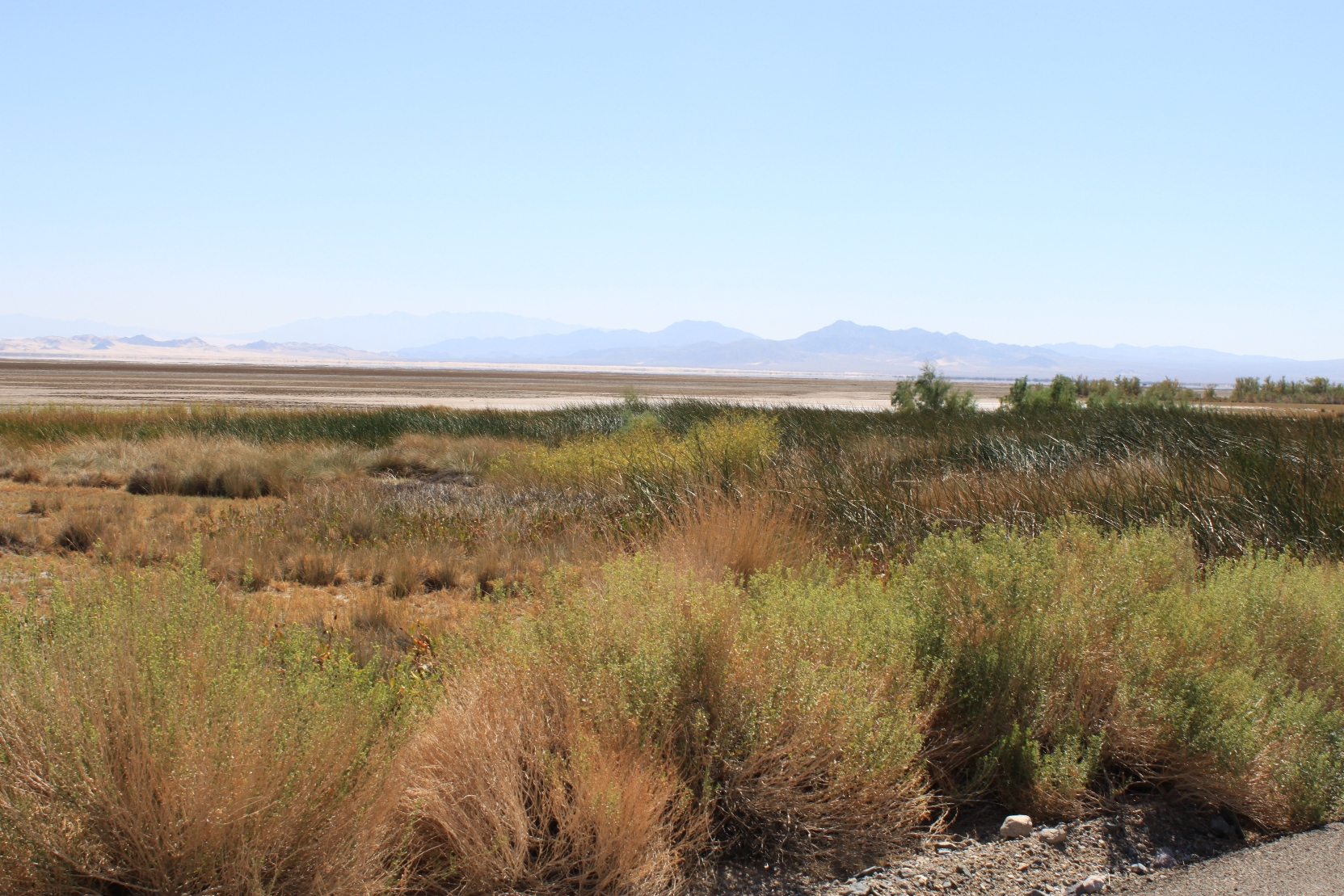 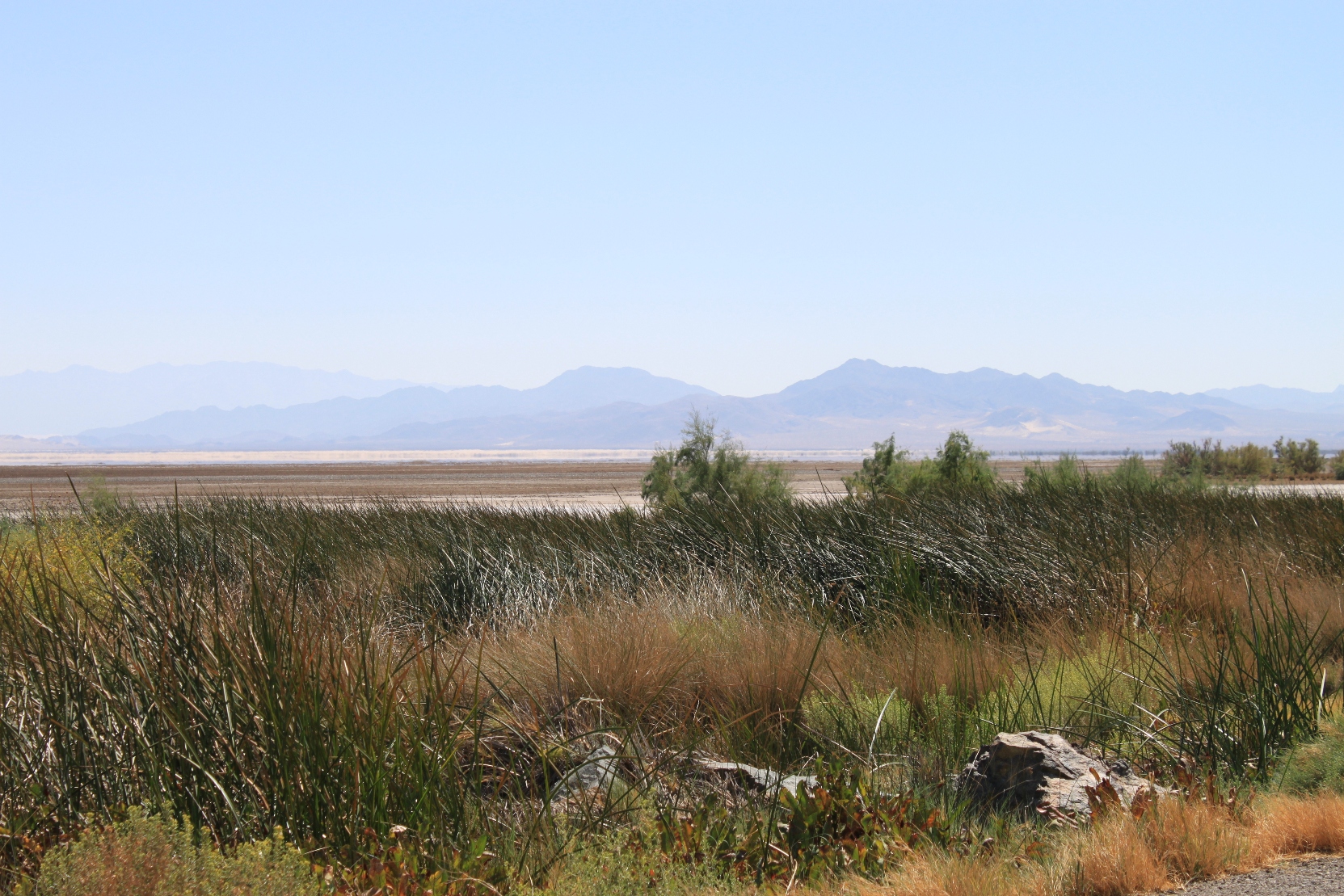 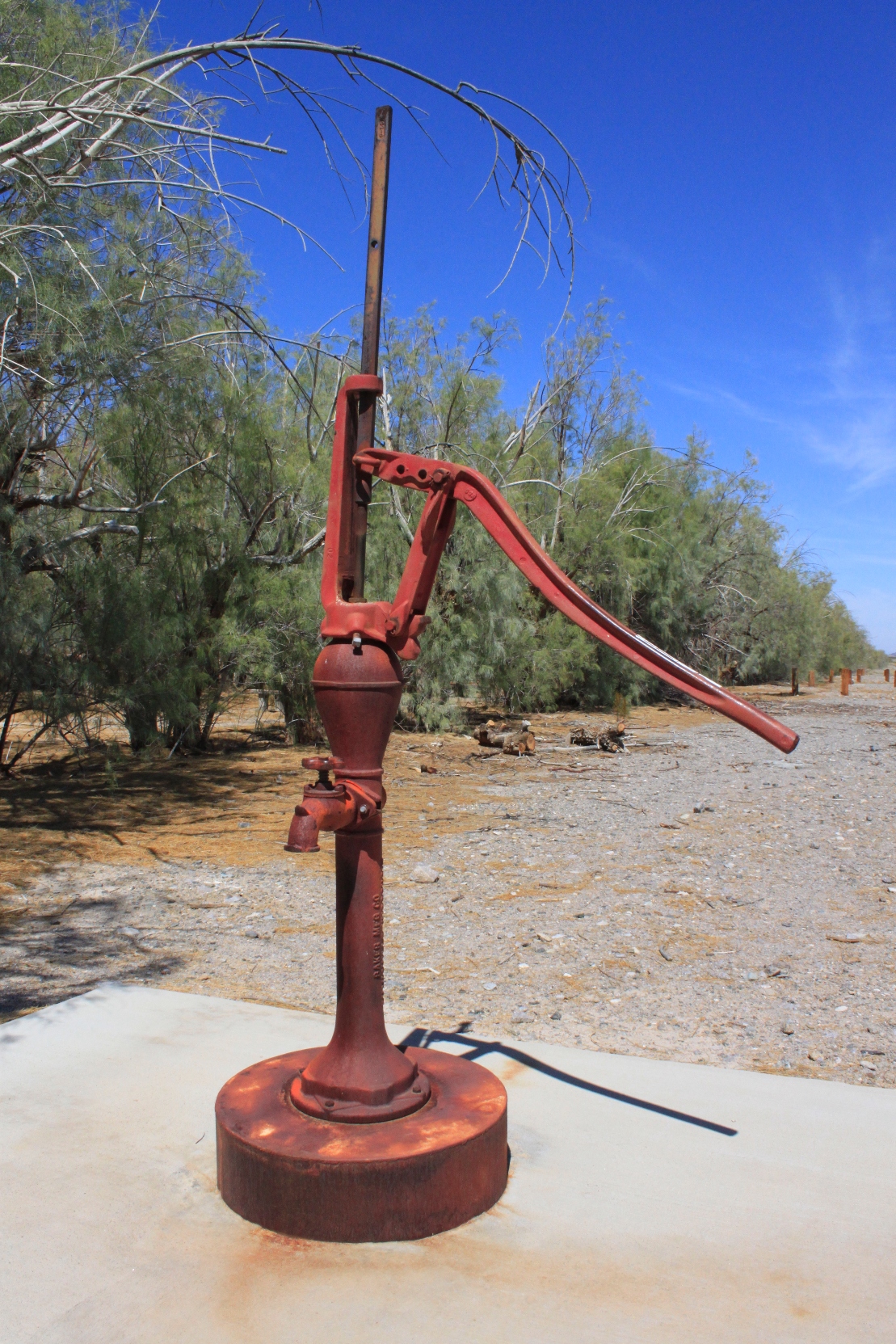 It was given the name Zzyzx in the 1940s when Curtis ‘Doc’ Spinger built a health resort here.  Zzyzx was designed to be the final word in the English language.  He was a bit of a snake oil salesman, promoting his natural products as the cure for everything from hair loss to cancer, and was doing pretty well until the government discovered he didn’t own the land he had built on.  He was evicted in 1974.  You can find out more about the history of Zzyzx by clicking here. 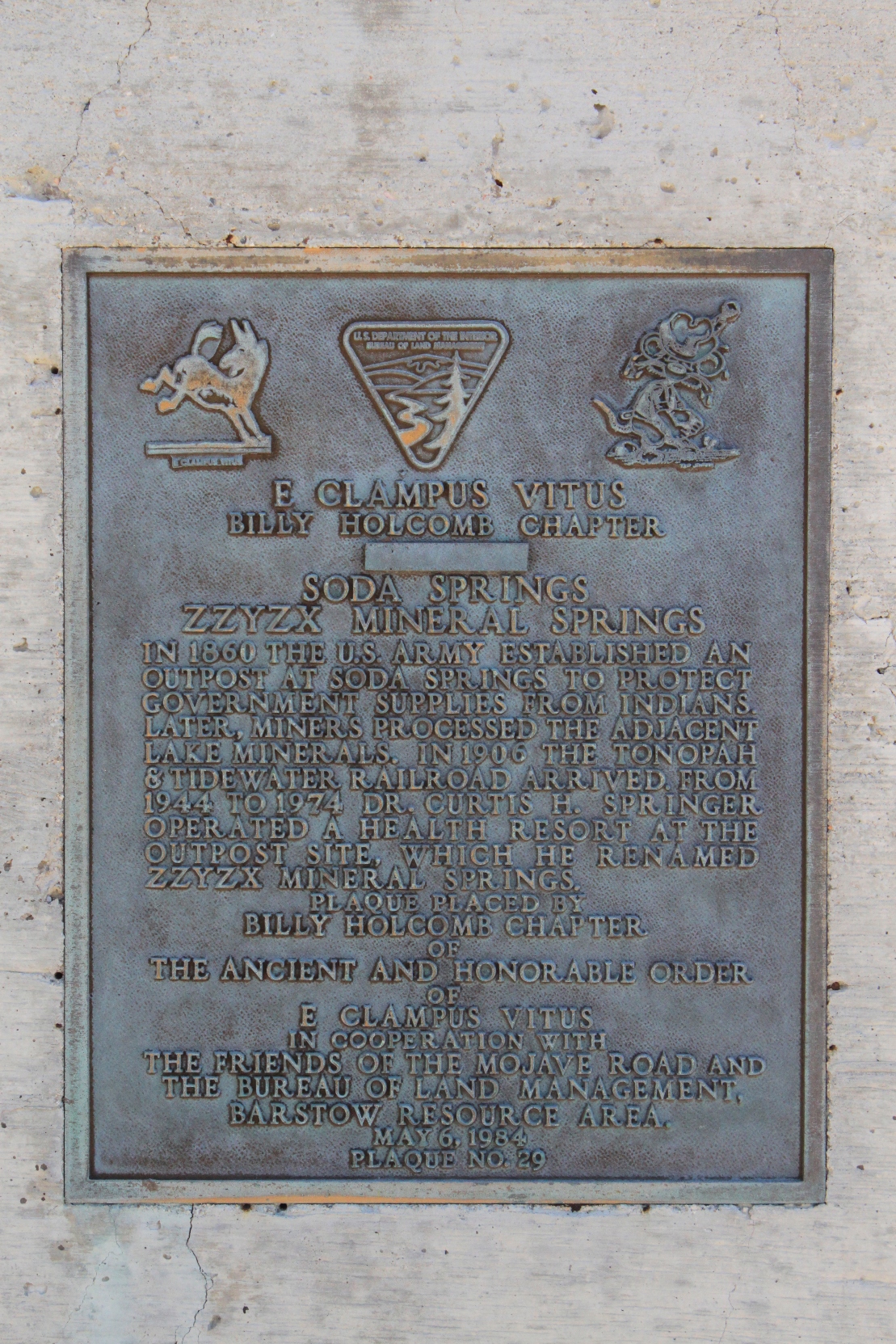 Nowadays, it is the Desert Studies Center, which operates as a field station, classroom and research facility managed by BLM and the California State University system – or so they say.  I STILL say it could be where the government is hiding the aliens and the UFOs …  and so the mystery continues! 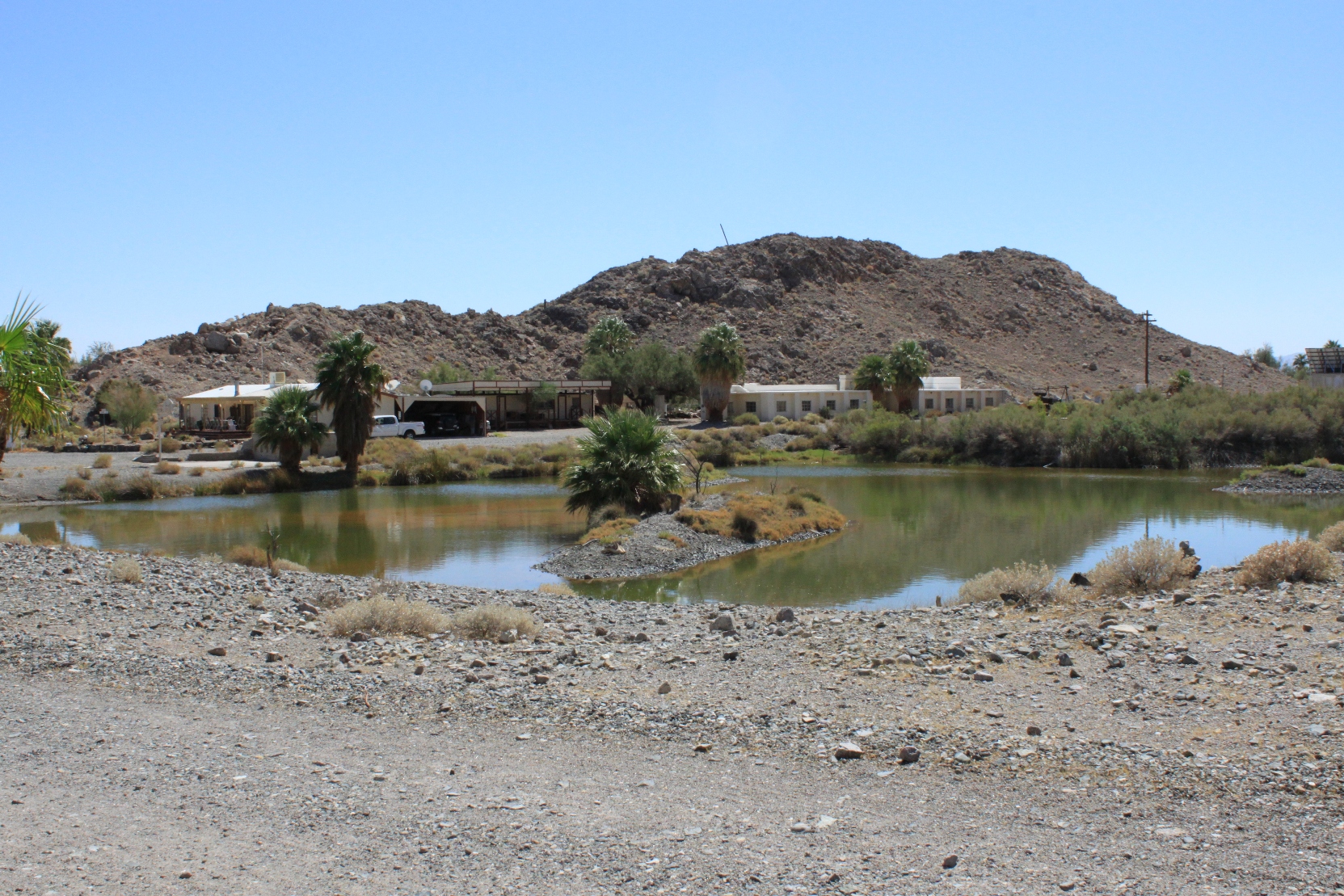 Afterwards, we headed into Baker to grab some sandwiches, and then headed south on Kelbaker Road.  The “Watch for Tortoises” sign is not one you see very often … we did look for them, but unfortunately didn’t see any. 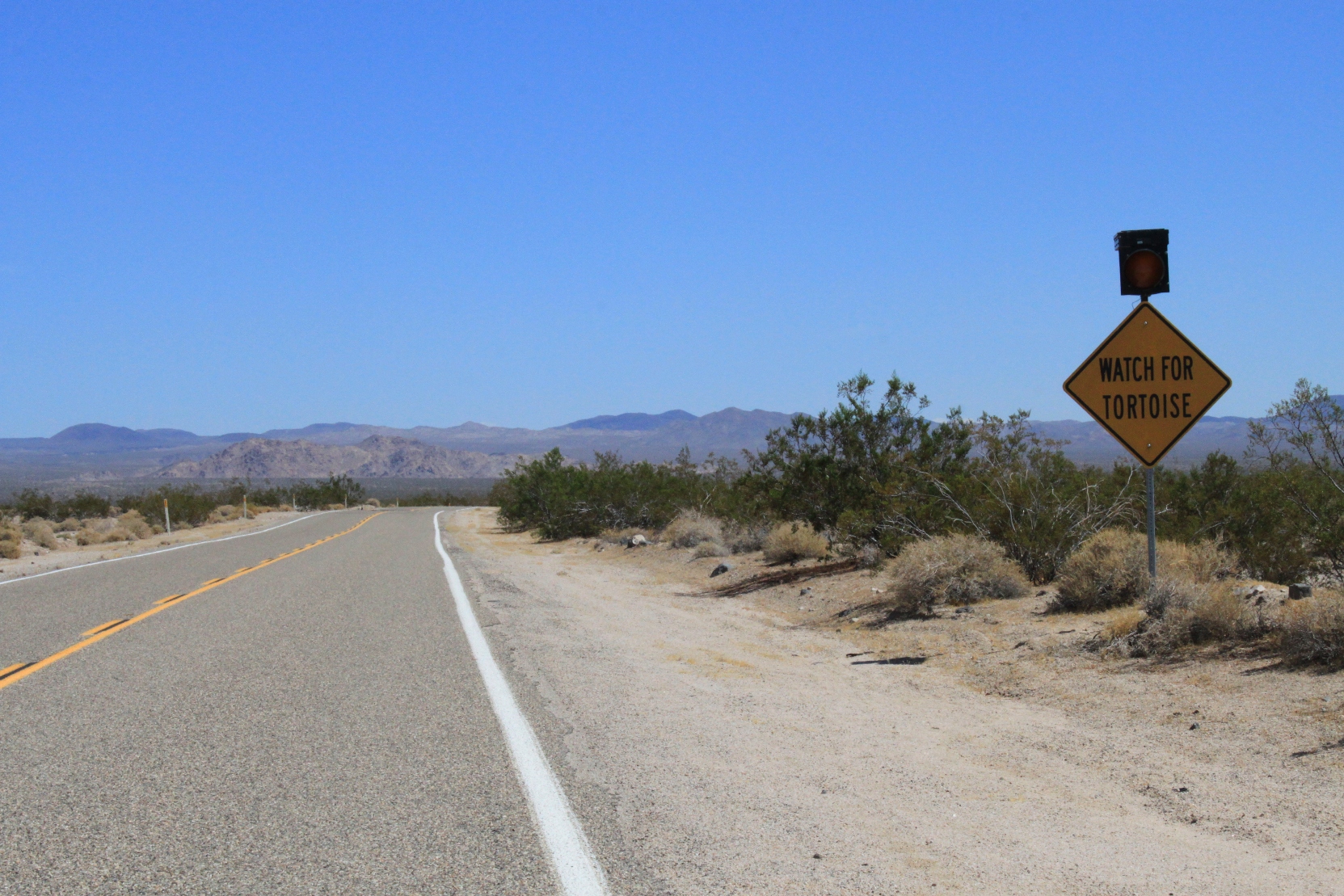 Kelbaker Road is skirting Soda Lake on its eastern side. 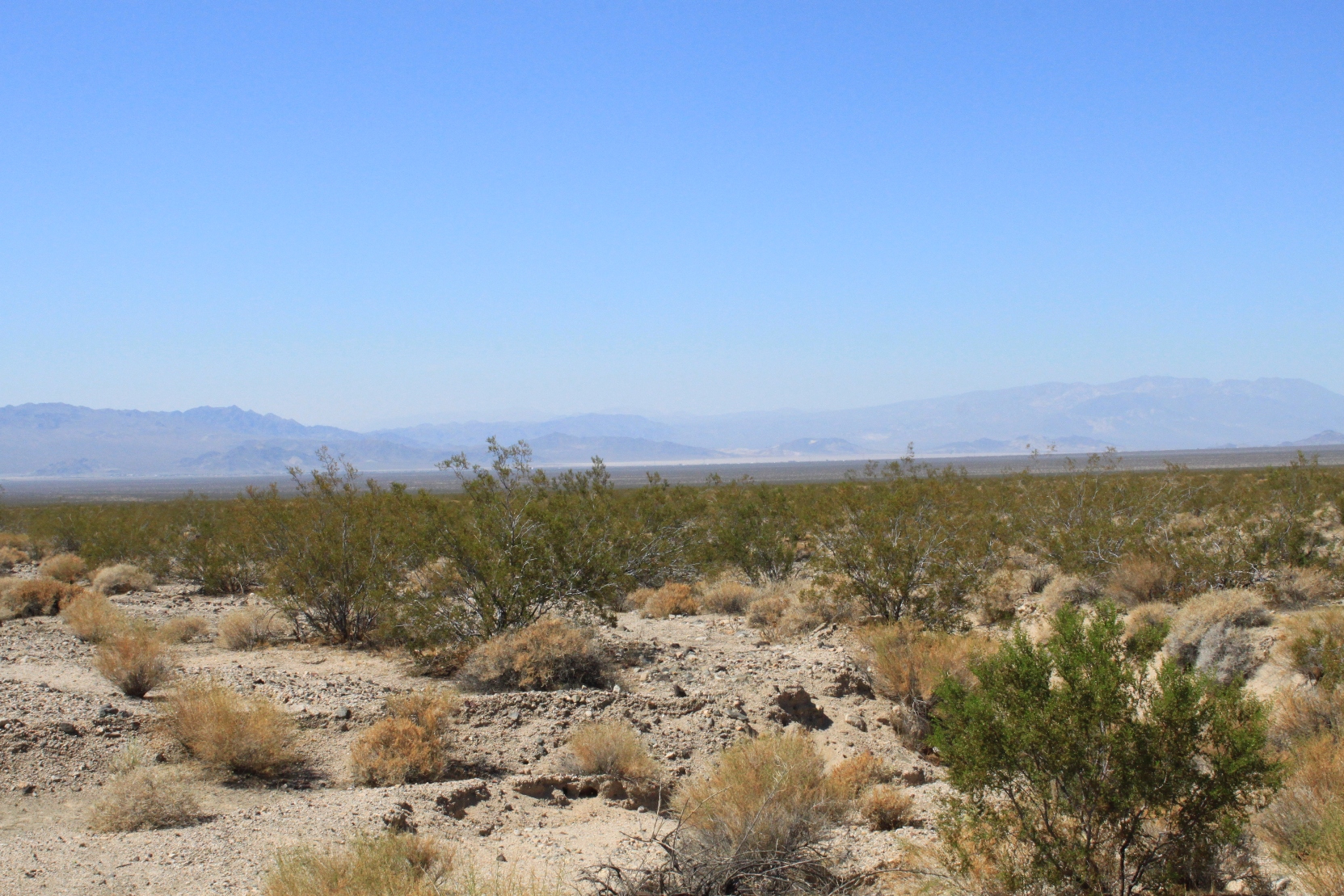 The landscape here has volcanic features, such as these cindercones. 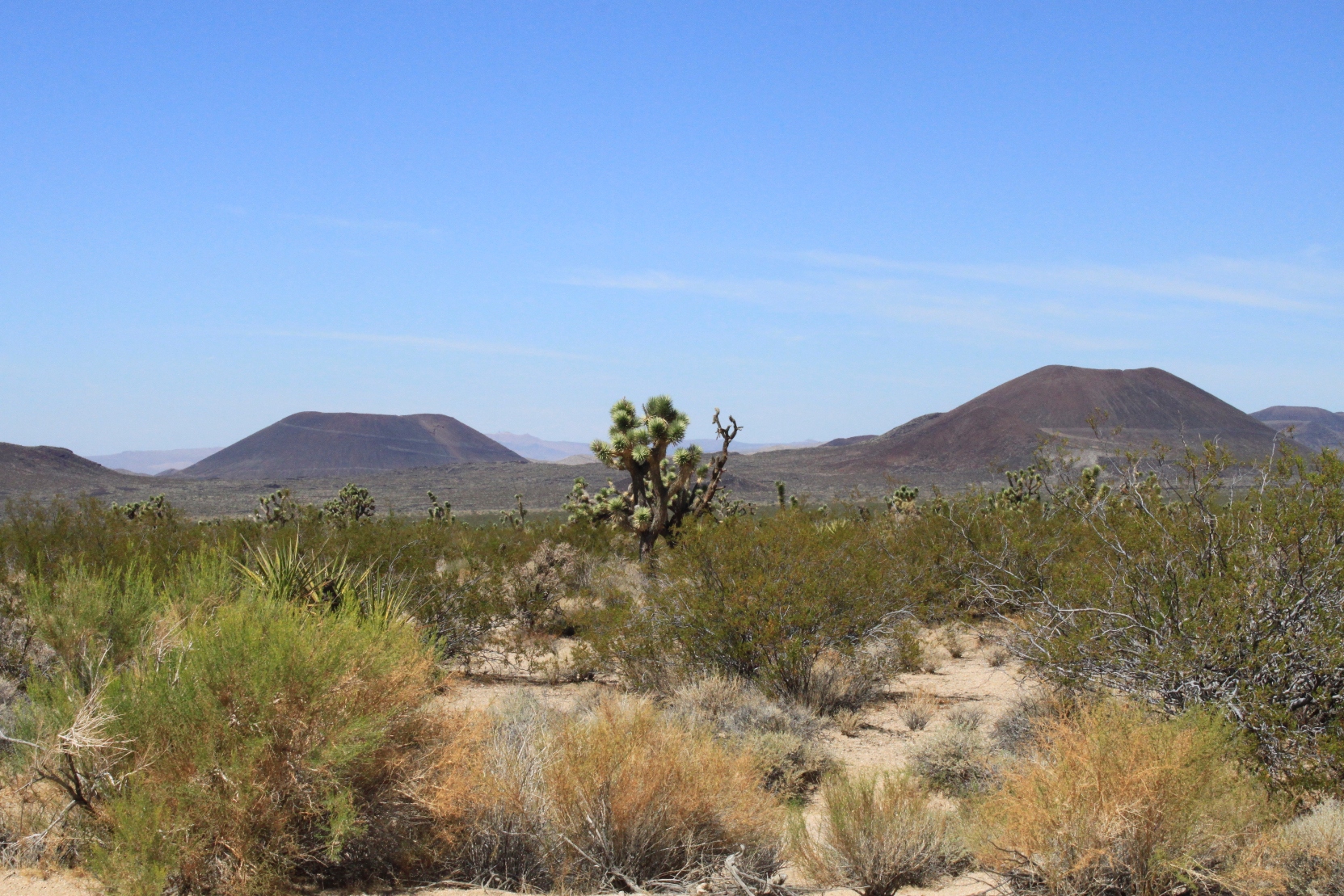 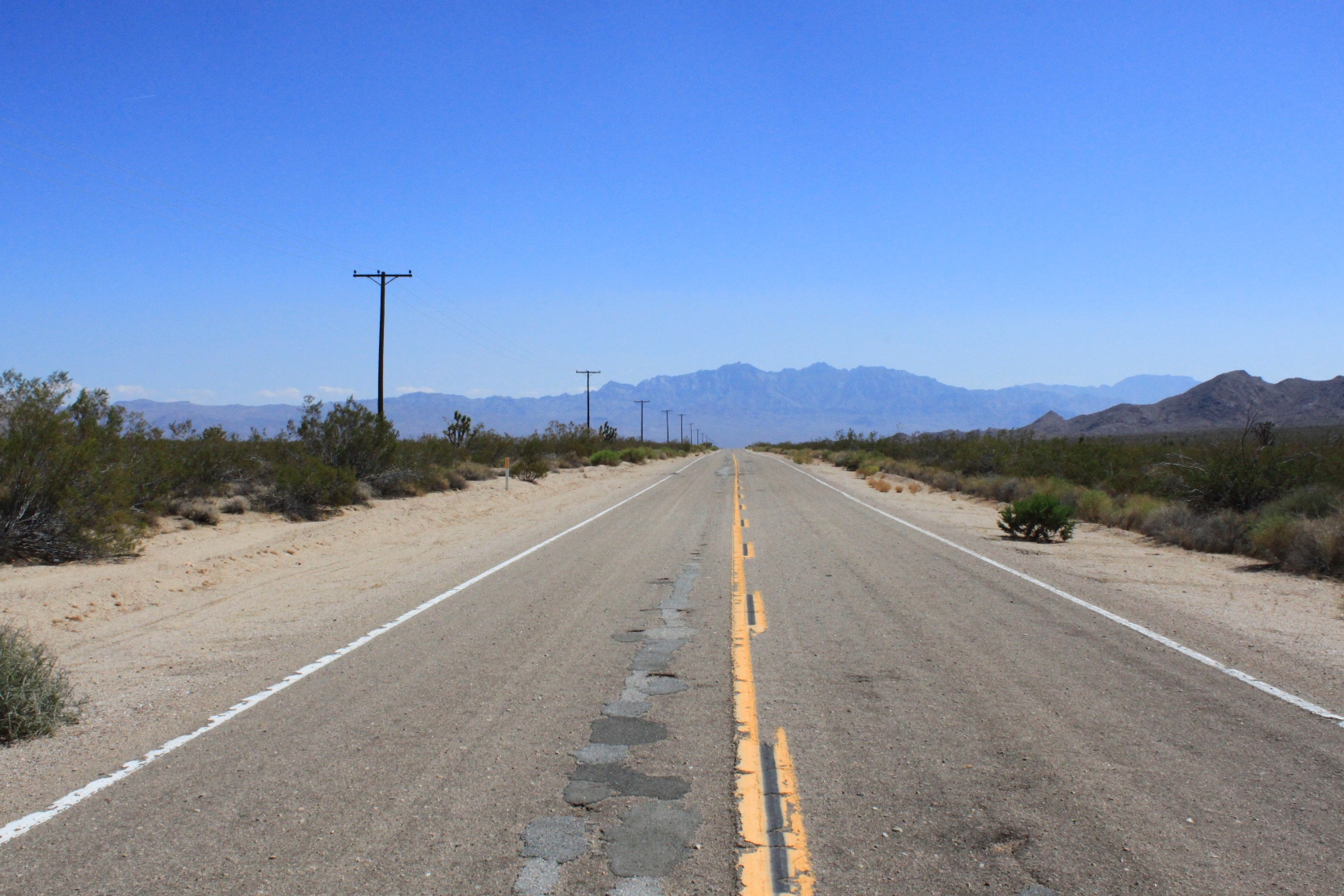 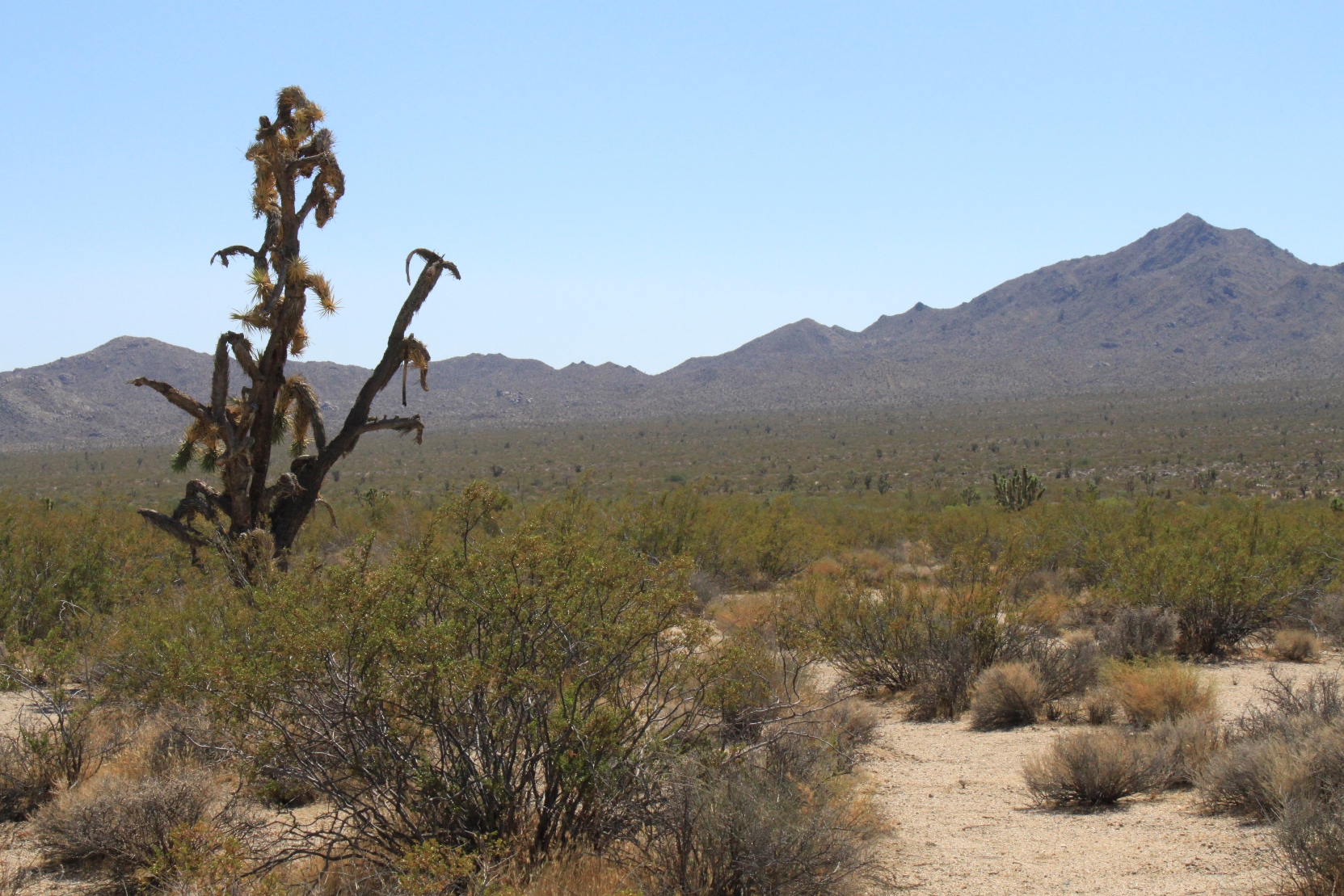 At the south end of the Soda Lake playa is the Devil’s Playground and the Kelso Dunes. 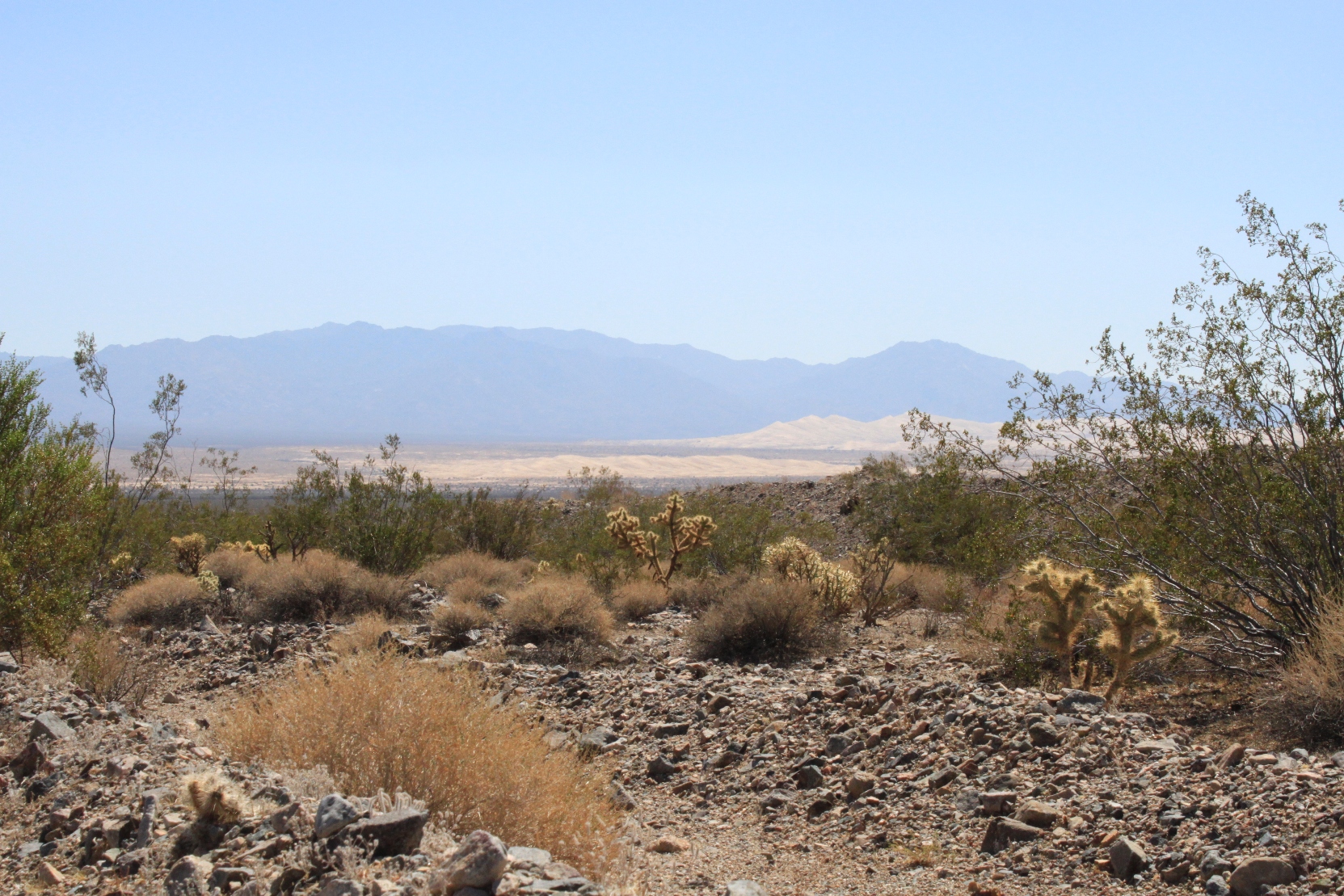 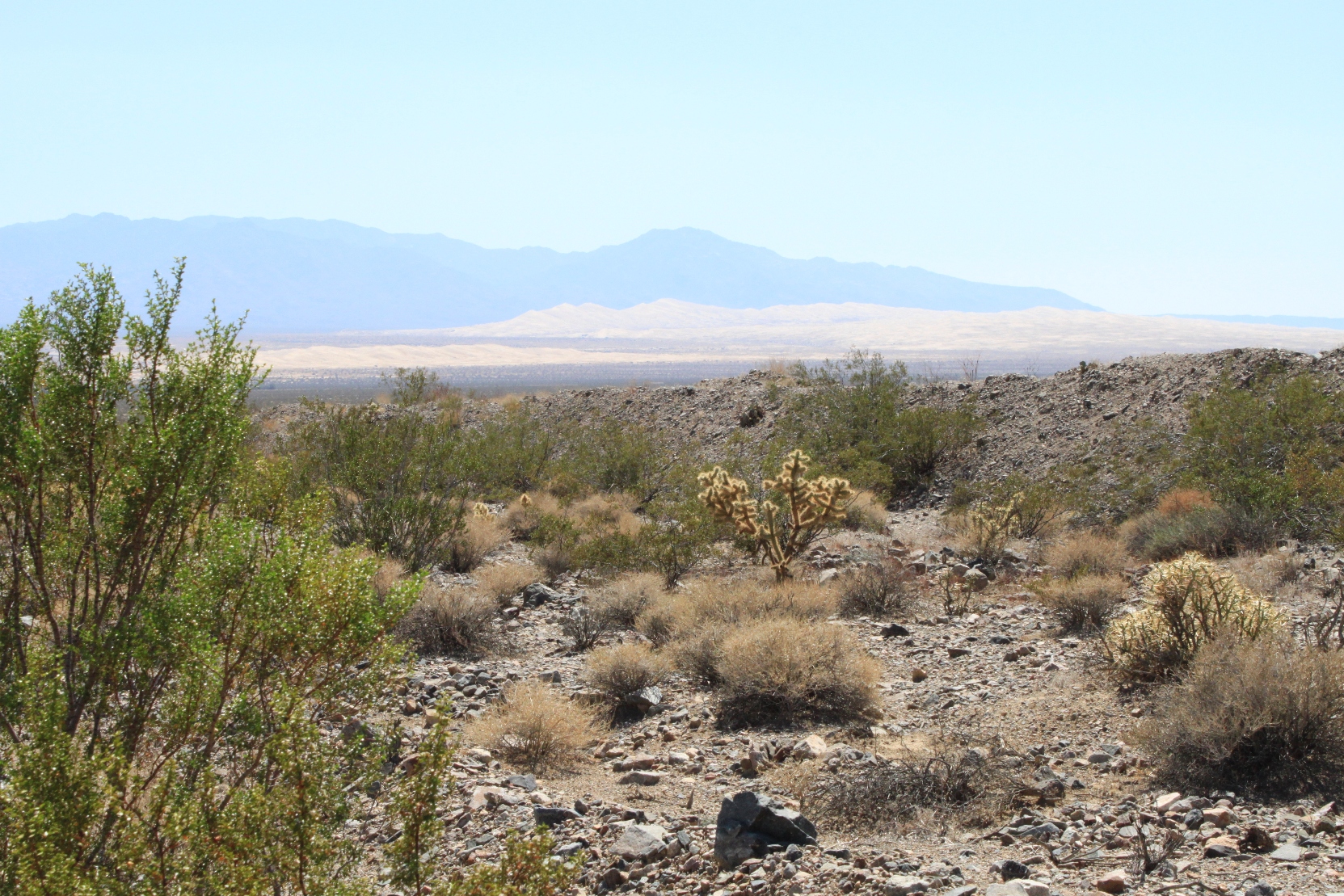 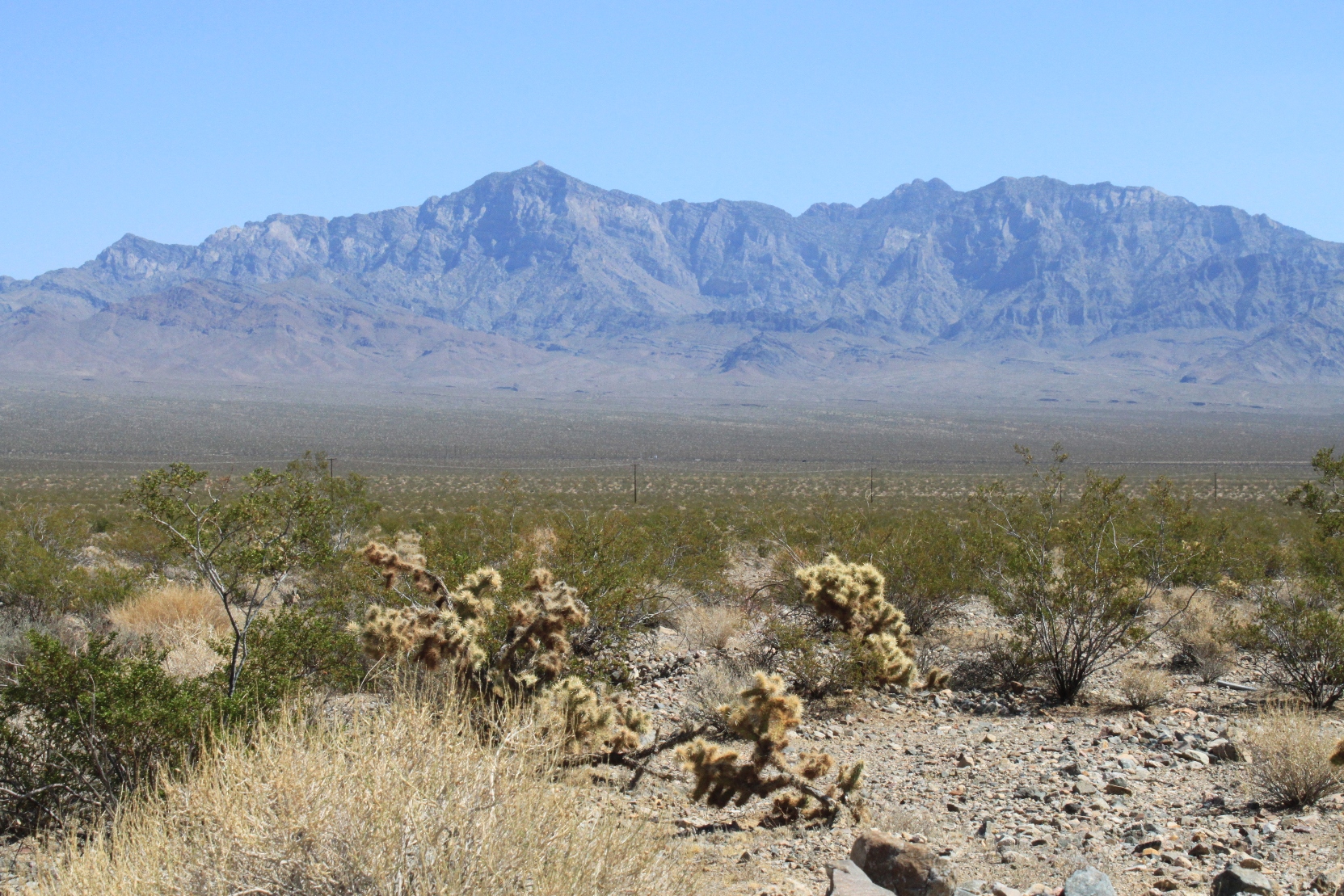 Kelso is a town described as a ghost town on the internet (although it didn’t look too ghosty to me).  Kelso was built here to supply steam engines with water.  This railroad depot was built in 1924 by Union Pacific.  It is a visitors center now. 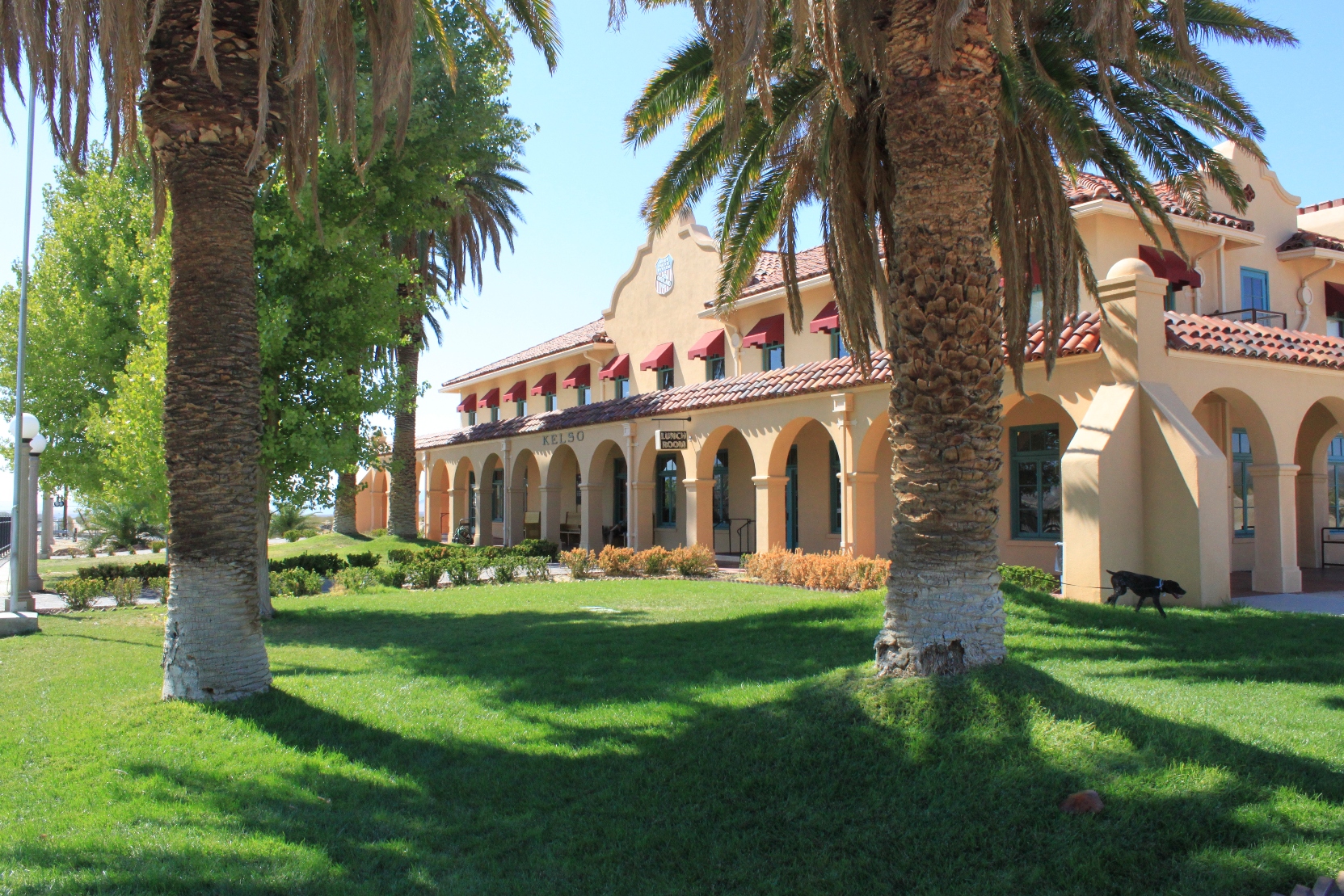 Kelso’s population swelled to about 2000 during World War II, many of whom worked the Kaiser Steel’s nearby Vulcan Mine processing iron for the war effort.  After the war, the development of the diesel engine eliminated the need for water stops, and the population dwindled.  The railroad depot closed in 1985. 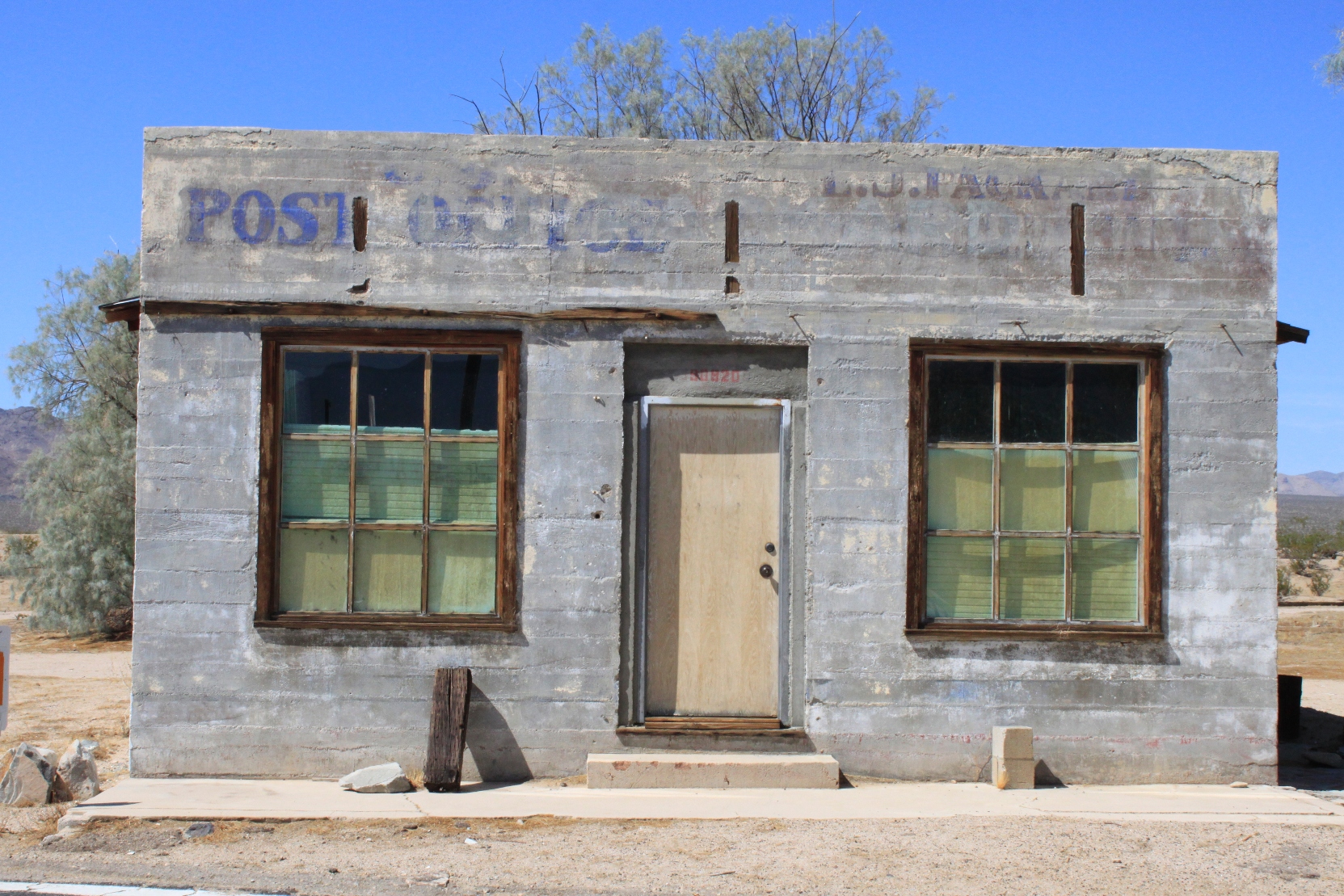 The Kelso Dunes rise up 600 feet off the desert floor.  The dunes are closed to vehicles but open for hiking and exploring.  (Unfortunately, we’ve no time to go down and explore today, but we’ll have to come back with the kids.  They love sand dunes!)  Click here to find out more about the Kelso Dunes. 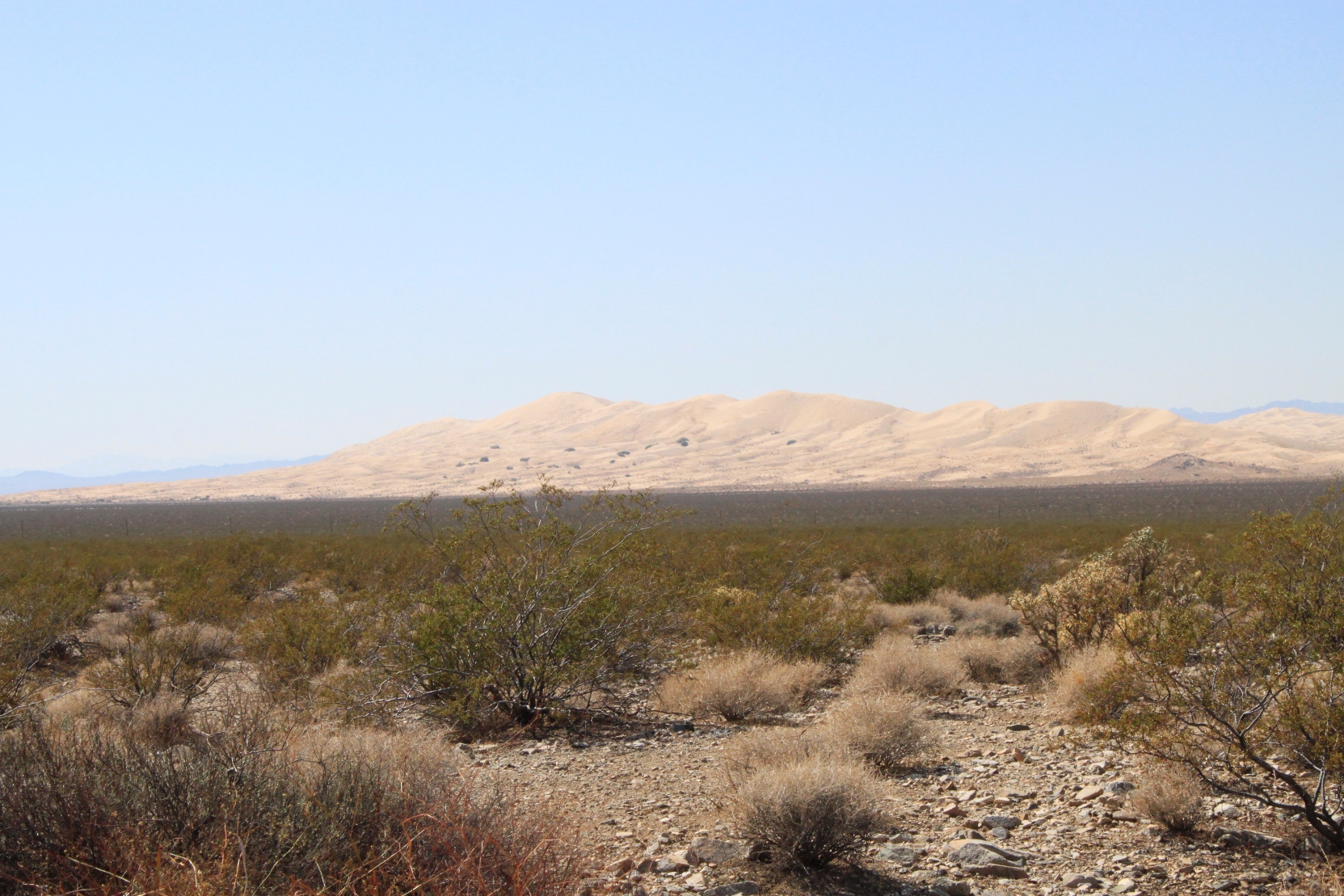 The desert scenery here is incredible.  Here are some of the different shots as we continue driving south on Kelbaker Road towards I-40. 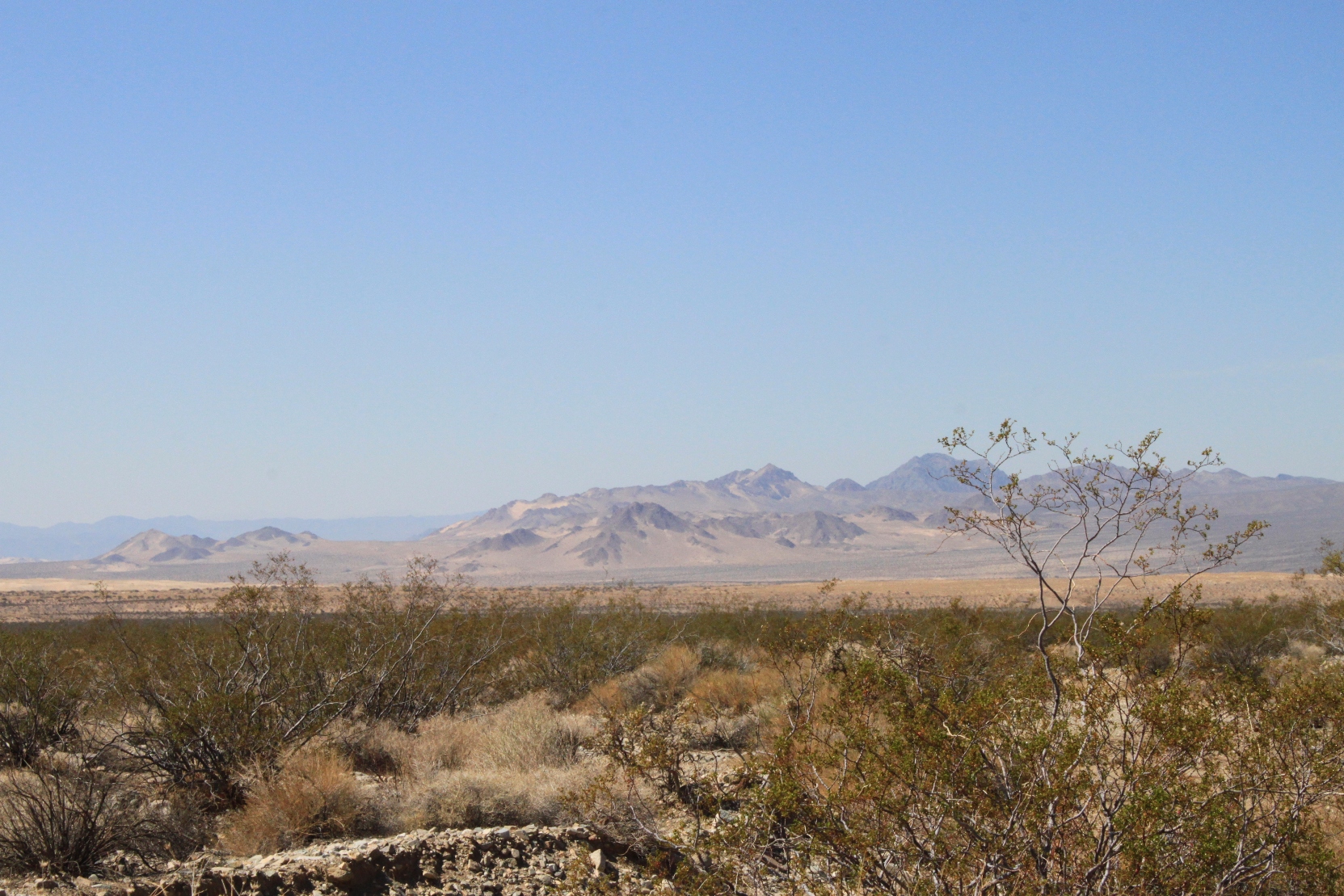 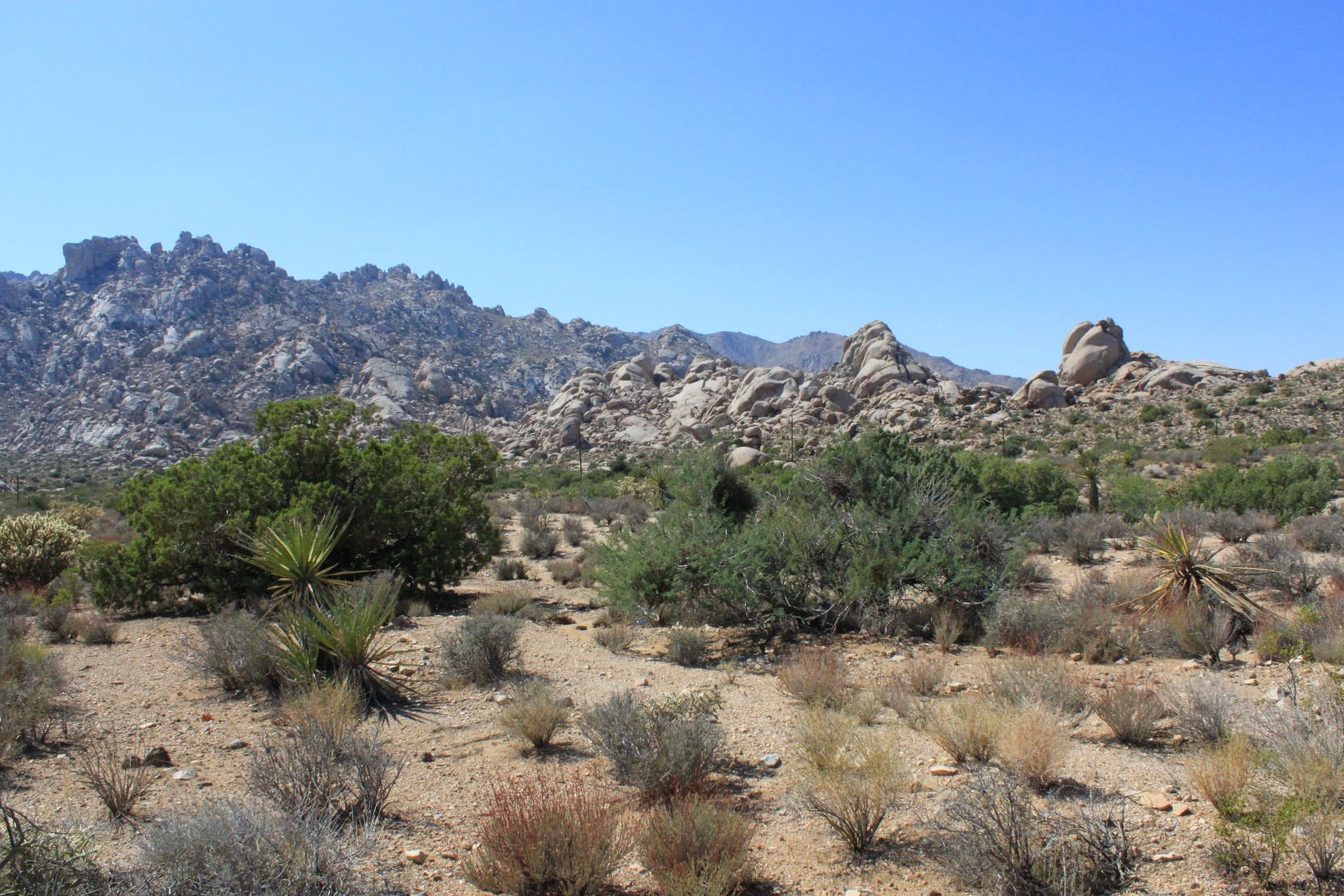 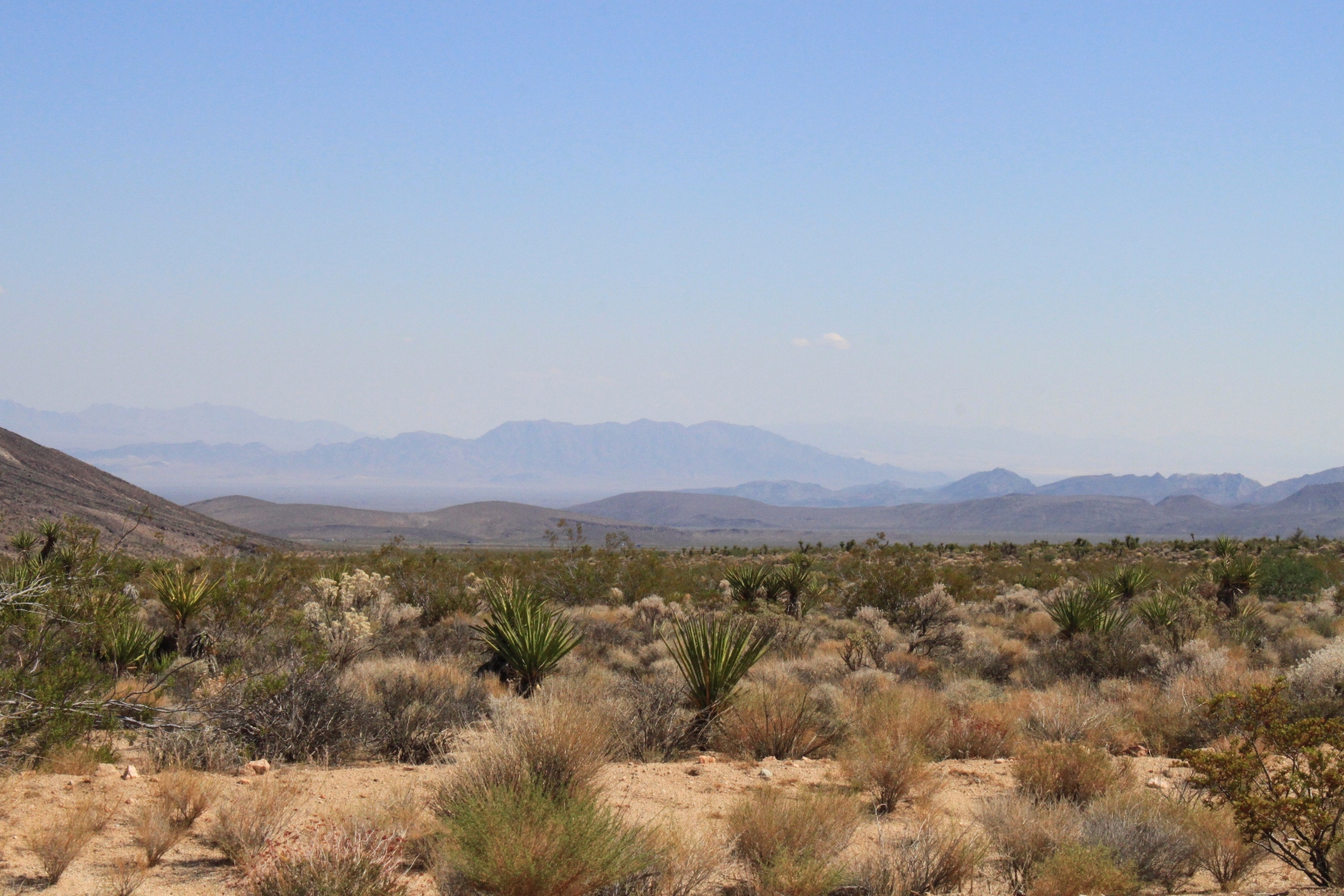 And it’s back to Barstow, where we’ve got one more stop to make before we head for home …